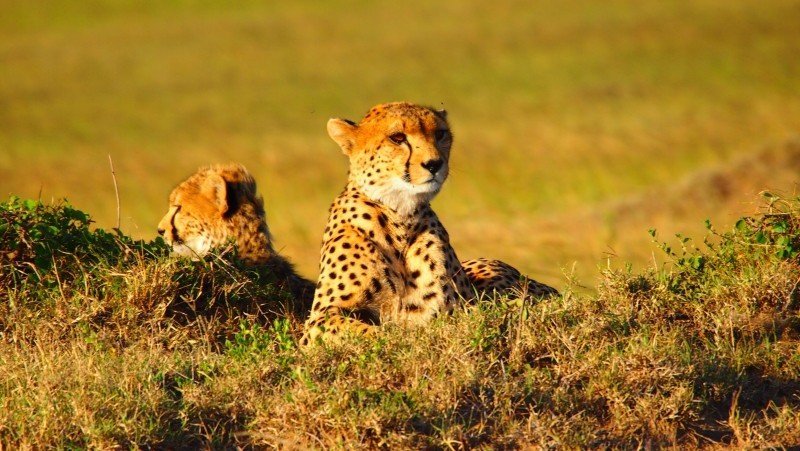 Many words dawn on when describing Kenya, but the most appropriate would be ‘Safari’. It is home to the greatest wildlife spectacle on earth–the Great Migration! It is a sight to behold, where over a million wildebeest cross plains, valleys, and rivers in search of greener pasture. Kenya sees the lion share of this annual wildebeest migration in all Africa. The country also delivers excellent wildlife and predator sightings; no wonder, it has very large lion, cheetah, and leopard populations. Does anyone need more reason to be in this Country?

Nothing replicates of experiencing and exploring this vast landscape. With abundant wildlife, amazing landscapes such as the Great African Rift Valley and the whole number of accessible National Parks comprising fulfilling four-wheel drive experiences, Kenya is a safari adventurers’ ecstasy. That’s not all, there are a lot of things to see and do in this beautiful land.

The following are, however, the topmost fascinating places and some of the great experiences in Kenya: 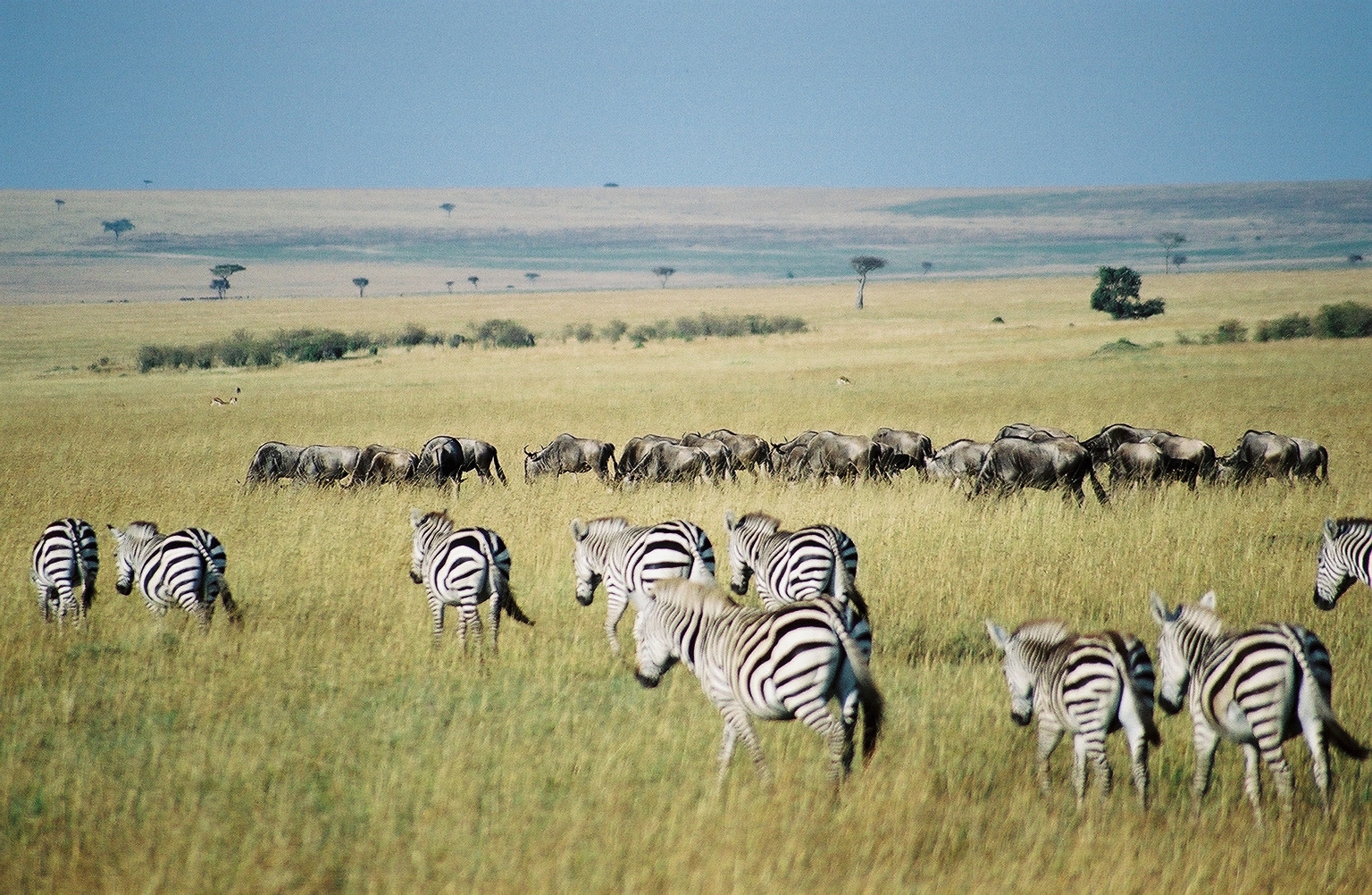 Where better for the first taste of wild Africa than Maasai Mara? A veritable wildlife haven blessed with a year-round, rather mind-boggling concentration of animals, the Maasai Mara National Reserve is a visual ecstasy for wildlife enthusiasts. It would be amazing to watch throngs of wildebeest thundering across the savanna during the Great Migration. The Migration reaches the Maasai Mara in July and remains until October when they recede to the Serengeti in Tanzania. Walking safaris and morning/night game drives through the savannah, rolling grasslands, and forests around the Mara River is the best way to come eye-to-eye with Africa’s ‘big five’ (the African elephant, lion, Cape buffalo, rhinoceros and leopard) and finding relatively large numbers of cheetah, hyena, giraffe, hippo and jackals here as well as the world’s largest, Maasai ostrich. Sunsets in the Masai Mara is a spectacle. The surrounding Maasai conservancies provide a chance to spend time with the tribal people, take bushwalks, visit village, know their culture, take hunting tips from them or be a part in the adamu, the “jumping dance”. Grab your suitable holiday package from un[travel]’s Kenya Tour Packages and go offbeat in Kenya.
Some of the other greatest National Parks/Reserves are:
– Amboseli National Park: Crowned by Mount Kilimanjaro, Amboseli National Park is well known for its incredible wildlife wealth. The reserve is one of the best places in Africa to view large herds of elephants up close.
– Samburu National Reserve: The Game Reserve is on the banks of the Ewaso Ng’iro River, and has an impressive wealth of elephants and giraffes, plus large predators such as the Lion, Leopard and Cheetah population.
– Tsavo East National Parks: The vast twin Tsavo National Parks, a wilderness the size of Jamica comprise of semiarid plains is covered by dormant vegetation and acacia and baobab trees. The parks incredible landscape bleed with various geological phenomena, and introduces the visitors to various fauna and flora.
– Aberdare National Park: Situated 100km north of Nairobi, Aberdare National Park might be small (766kms), but is characterized by moors, hills, and tropical forests, very unique when compared to other national parks, and it is much cooler and pleasant than many of the other parks.
– Mount Kenya National Park: At 5,199 m, Mount Kenya is the second highest peak in Africa. It is located in Mount Kenya National Park, which is not only an amazing place to view this majestic mountain, but to also indulge in some excellent animal and bird viewing. The park activities include camping, game viewing, cave exploration and mountain climbing.

The vibrant city of Nairobi 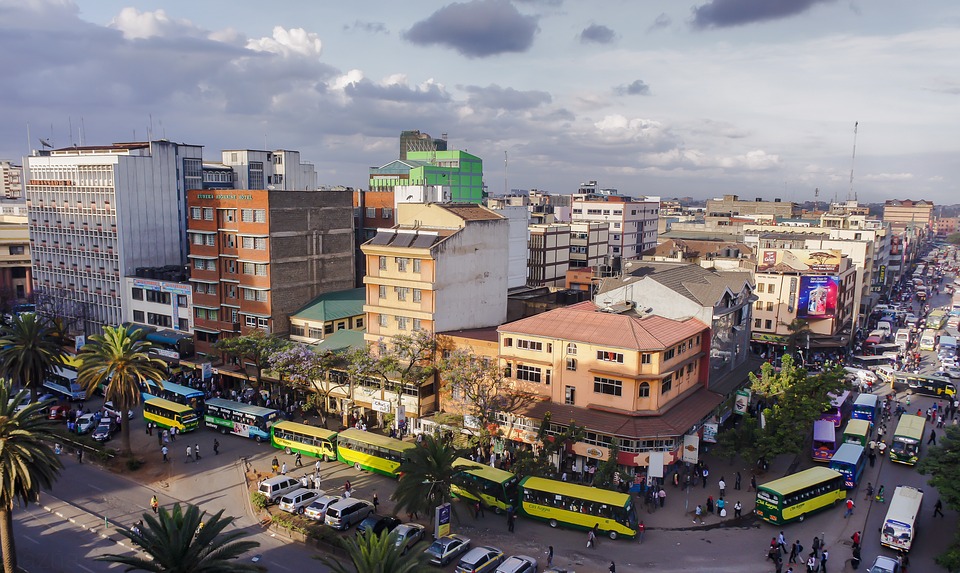 Dive into a plethora of history and tribal culture of Kenya. It is a metropolis that still carries the charm and well preserved colonial architectural plus modern paraphernalia that can pull out some amazing visuals every now and then that can capture your imagination. The City adorns with unparalleled attractions, be its amazing game drives, astounding landmarks depicting Kenyan culture, or tasting some great local specialties.

The distinct feature of Nairobi would be that it is the only capital city that abuts a national park smack bang within city limits –where giraffes meet cheetahs against the meanders of the Mbagathi River. Karen Blixen Museum, Giraffe centre, National Museum, Railway Museum and Kazuri Beads Factory are other places to fall in love with! Grab the best Kenya Packages from un[travel] to enjoy hassle-free vacations in Nairobi. 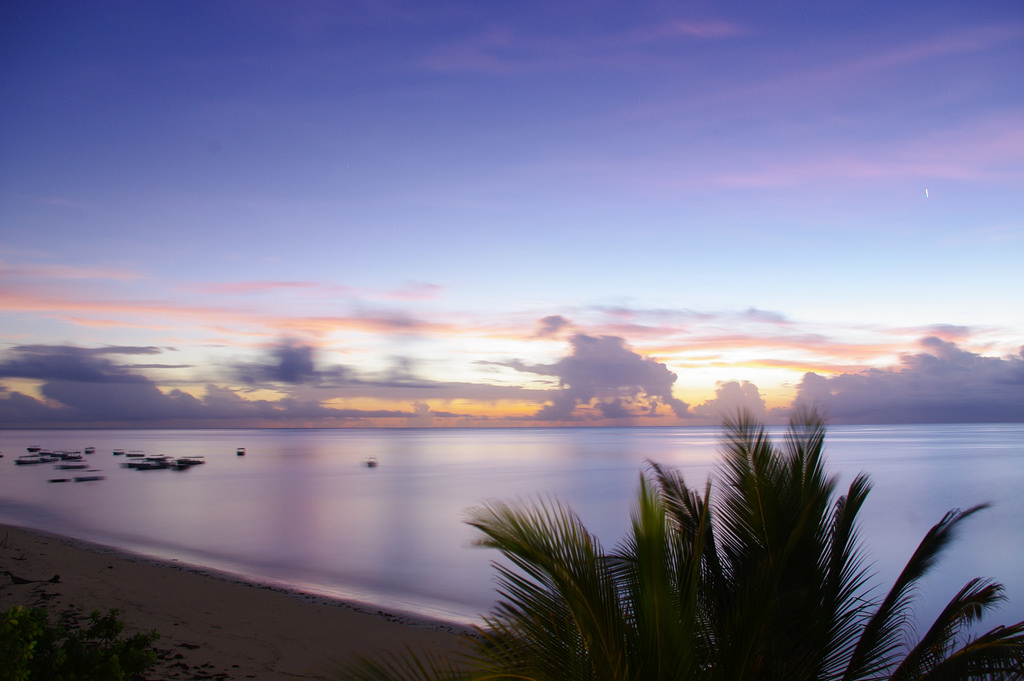 The coast of Nairobi is the best place to unwind, lose oneself, feel the silvery sand under your feet and enjoy the beautiful coastal scenery. The beaches of Malindi are some of the best in Africa with clear turquoise waters, white sands, world class resorts and quiet relaxing hideaways. The beaches are perfect for water activities such as deep sea fishing, surfing, diving, water-skiing, snorkeling, and much more. The 13th-century Swahili town is one-of-a-kind coastal destination in Kenya where you find places like Gede Ruins, Takwa ruins, Watamu turtle watch and also an intriguing blend of high-energy aquatic activities, charming old world style and modern-day amenities.

Nightlife is always thriving in Malindi. About 30 km northeast of Malindi, the Marafa Depression, also called Hell’s Kitchen or Nyari, is a set of sandstone gorges sculpted by the wind and rain. If you are the one who prefers distance from the hustle and humdrum of urban life, choose from our Kenya Holiday Packages and enjoy unhurried and quiet holidays.

The charming Island of Lamu 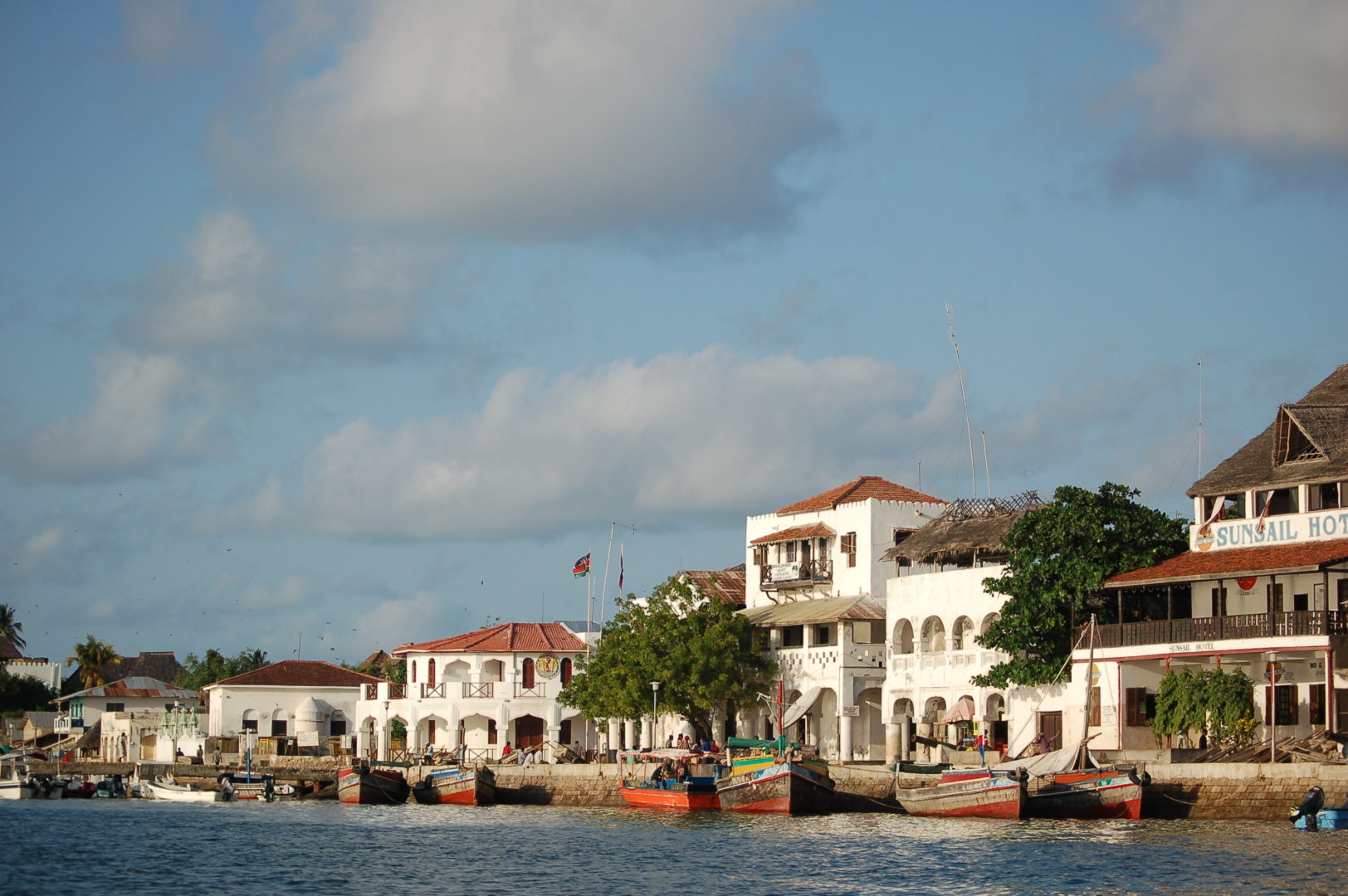 The island of Lamu epitomizes the heritage of Africa, Middle East and Europe. The small, tranquil island of Lamu, on the northeast of Mombasa, oozes with old world charm. You are never far from sand dunes and the deserted beach when in Shela Village. Get lost in the pathways of this little town. Lamu Town is the oldest inhabited Swahili town and sights including the ancient fort, its wood carved doors, and markets here would take back you to days of colonial rule. Explore the old city walking around and getting lost in the labyrinth of the small and narrow streets. Choose from our Kenya Tour Packages and go offbeat. Visiting here is like stepping back in time. Sailing around the Lamu archipelago by Dhow (traditional Arab sailing boat) can be rewarding. Go surfing, exploring nature or snorkeling in the paradisiacal underwater world of the ocean. Other top attractions on the island include Lamu Museum, with displays on Swahili culture and the region’s nautical history; and there is Lamu Fort and the Donkey Sanctuary. 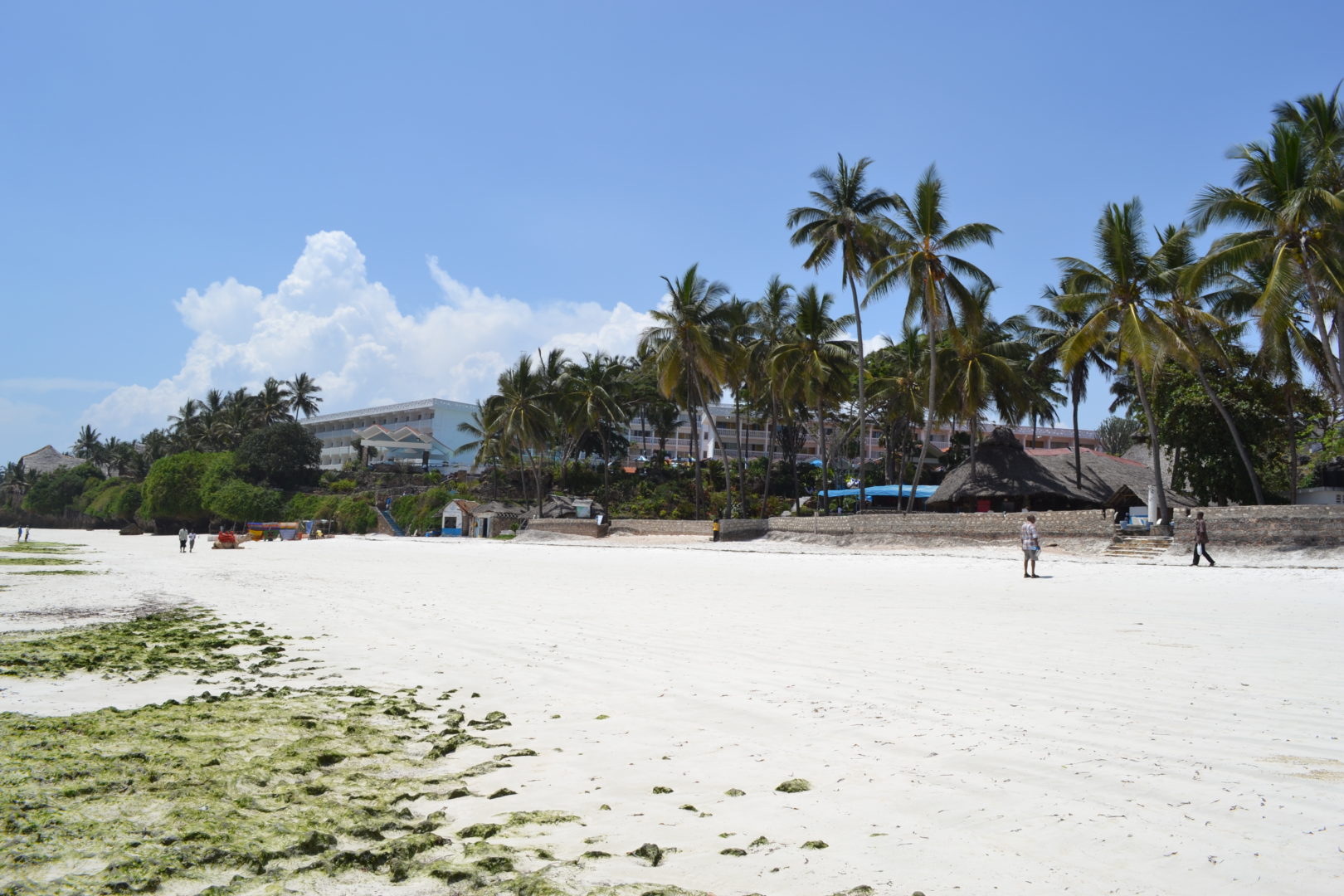 The gigantic aluminum elephant tusks which were commissioned in commemoration of a visit to Mombasa by Princess Margaret in 1956 are Mombasa’s signature landmark. The British, Portuguese, Arab, other immigrants from all over the world has given the second biggest city of Kenya a varied cultural mix, and it can be very much seen in the architecture, as well as the many cuisines they serve. Fort Jesus stands to be the finest examples of 16th century Renaissance military fortifications. And there are plenty of ancient Swahili dwellings, markets, and souvenir shops in Old Town. Nyali and Bamburi Beaches are peoples’ favourite beaches. Along the Mombasa-Malindi Highway is the Haller Park which consists of a Game Sanctuary, Reptile Park, Fish Farm, Crocodile Pens, and a giraffe viewing platform all set about in a vibrant and diverse ecosystem.

Lake Nakuru-carpeted in shades of Pink 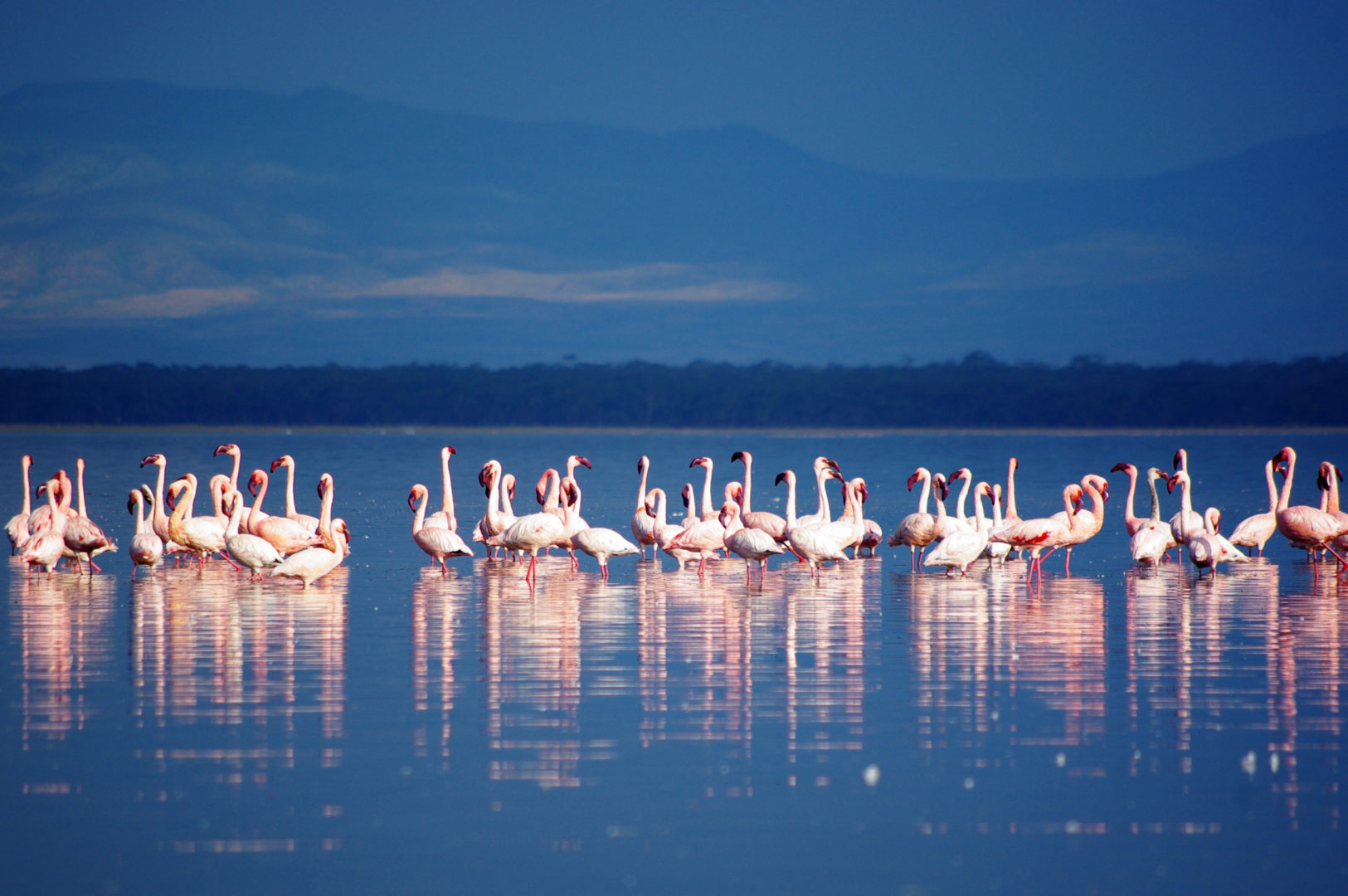 Lake Nakuru abodes with amazing avian population, and it is where clouds of flamingo, joins into a massive flock, virtually turning the lake into a grand, animated pink carpet. The abundance of algae on the surface of this alkaline lake attracts numerous feathered friends, quite notably bright flamingos, which literally turn the lakeshores in to a magnificent pink stretch. Lake Nakuru is a place of ecological diversity, including woodland, bushy areas, ridges and escarpment as well as the lake itself. Choose un[travel] to customize your Kenya Tour and enjoy blissful holidays. 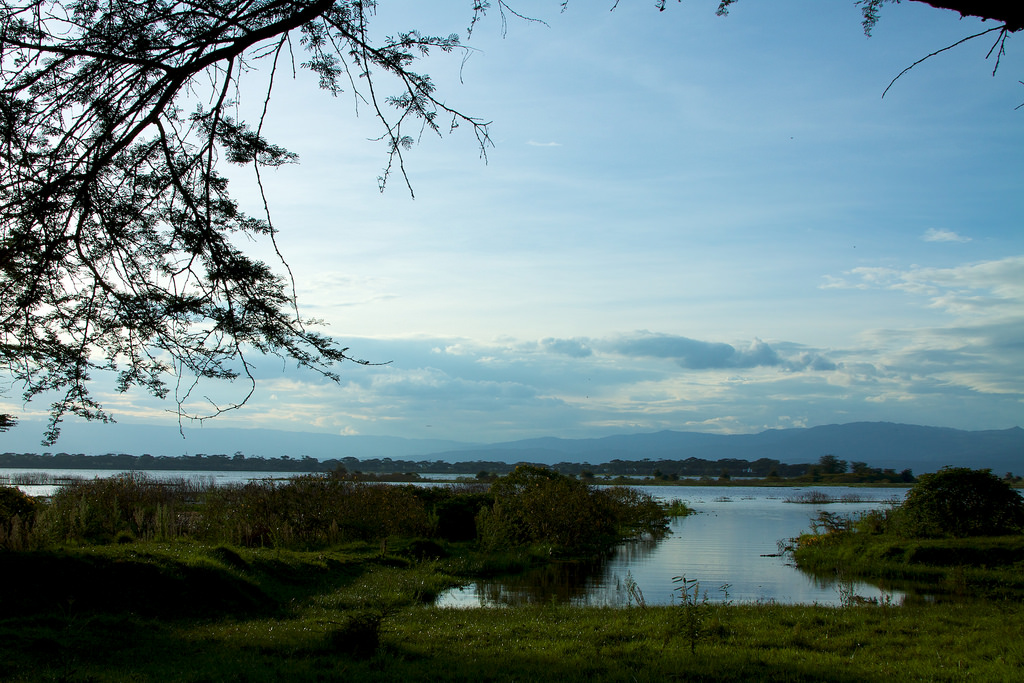 Lake Naivasha is around one hour away from Lake Nakuru. Placed at the highest point of the Great Rift Valley, the lake shores are surrounded by flower farms, old colonial houses and small villages of clay and thatch houses. A boat ride on the Lake is the best possible way to catch hundreds of bird species of birds, including African fish eagles. No wonder it still remains the haven for birders. Enjoy the tranquil surroundings and the varied birdlife that includes fish eagles, white breasted cormorants, ospreys, lily-trotters and black crakes. A number of animals can be found grazing in the lake environs, such as zebra, impala, giraffe, and hippos. Head out to the lawns and take a selfie with the giraffes or the zebras. You can also enjoy a swim at the Geothermal Spa which is considered to have healing properties. Don’t forget to include the aforementioned places on your travel itinerary. You can customize your travel to Kenya with un[travel]’s range of Kenya Customised Holiday Packages.