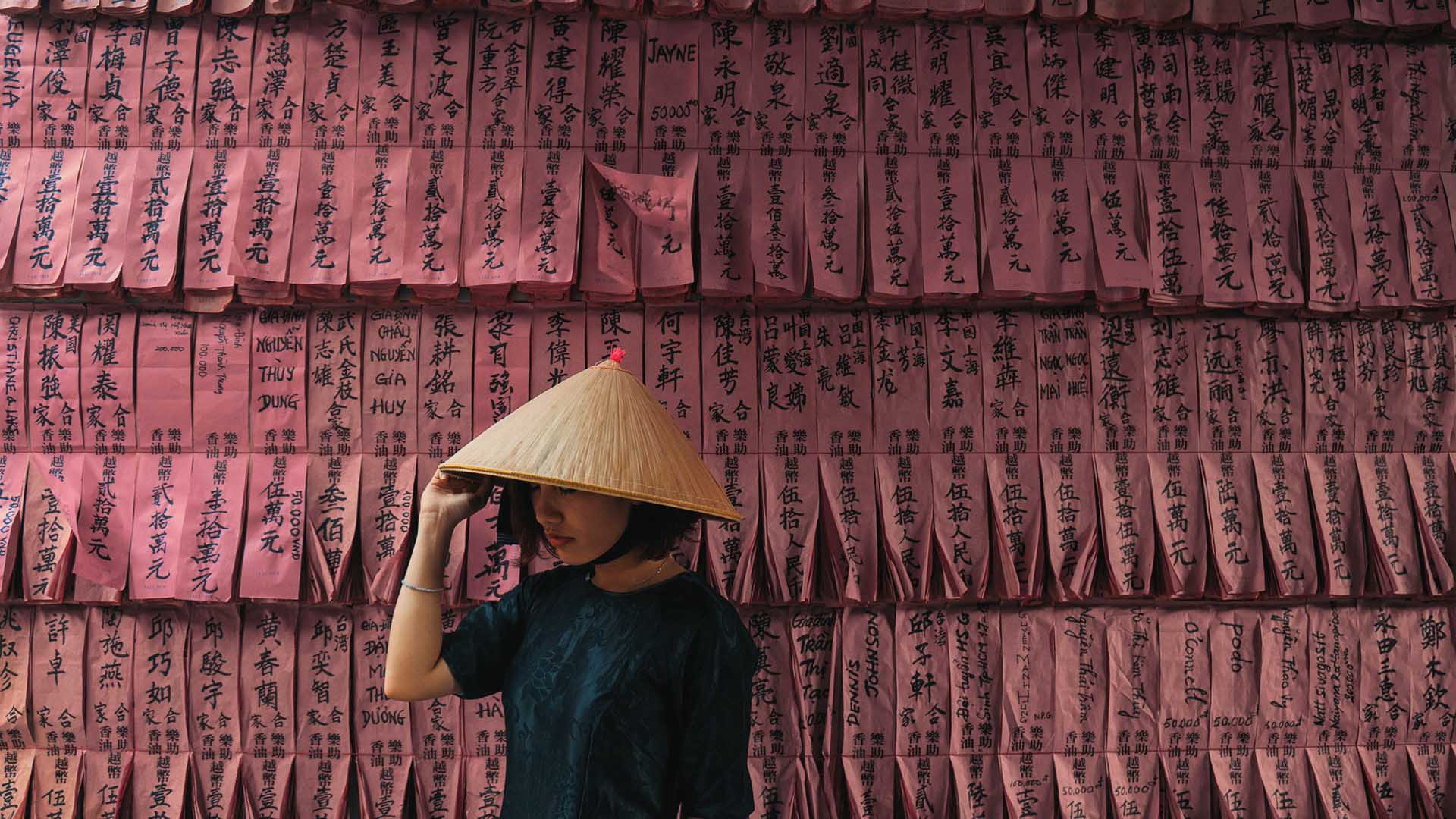 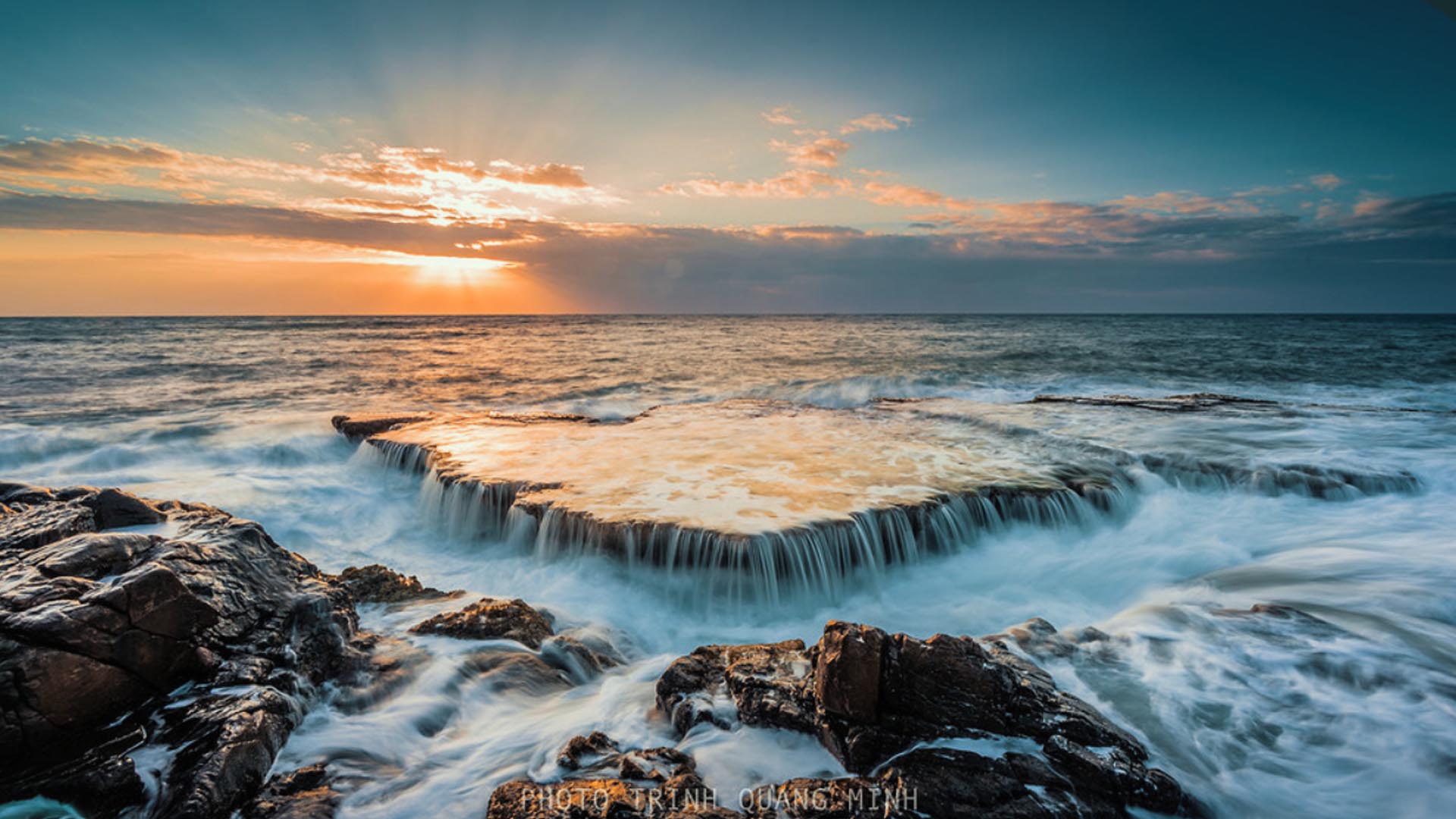 When travelling in Vietnam, you are sure to come face to face with astounding natural beauty.  It boasts of the most majestic and impressive natural landscapes in Southeast Asia, yet so many travellers overlook it. It is rather easy to find yourself entangled in the glimmer of Ho Chi Minh City or the hustle-bustle of Hanoi. In order to find Vietnam’s hidden gems, you have to dig a little deeper. Luckily, we at Un[travel] have compiled a list of the secreted gems of Vietnam. Let’s discover it! 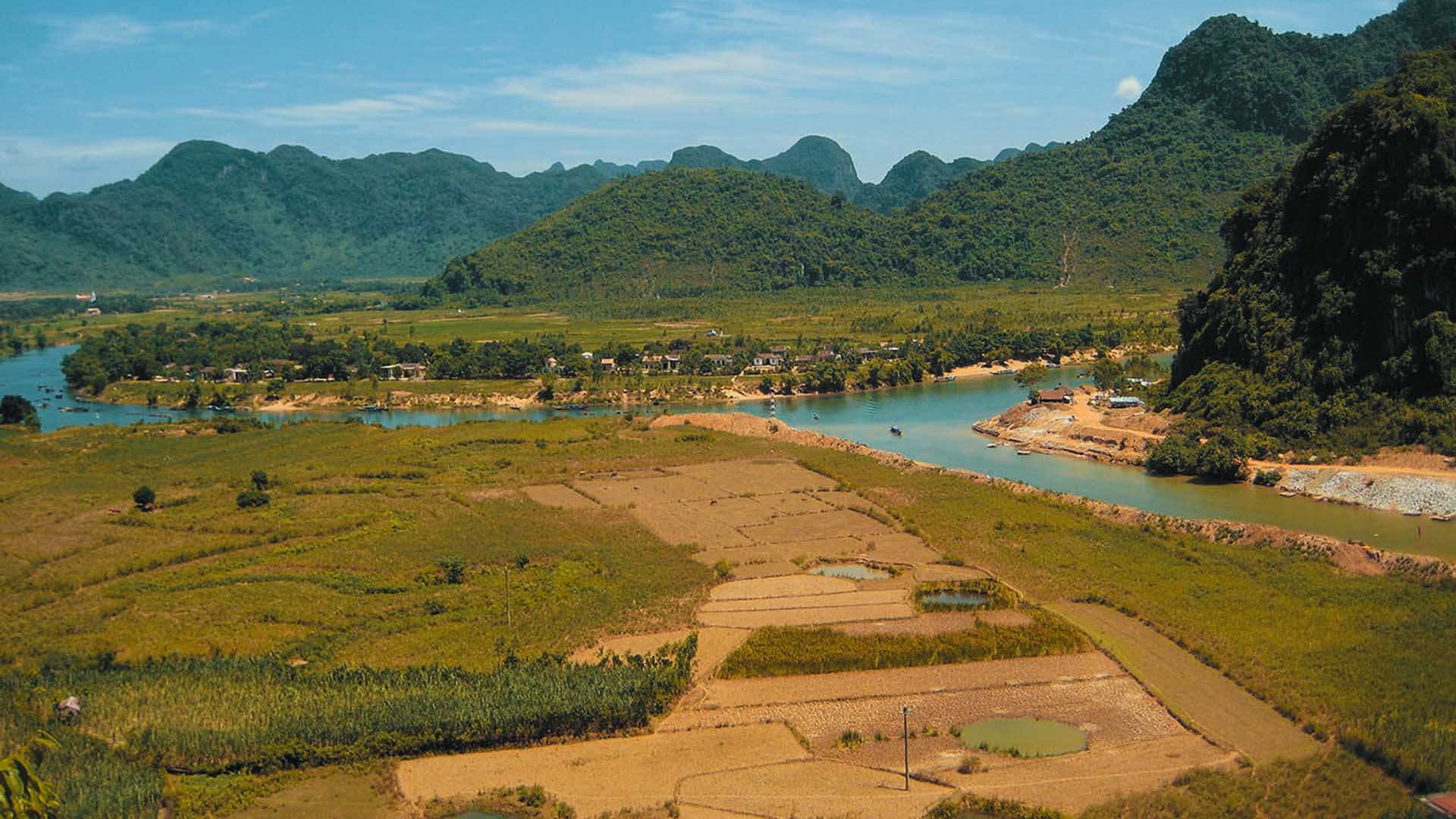 Phong Nha- Ke Bang is probably Vietnam’s best-kept secret. This little-known national park consists of some amazing limestone cave complex, earning it recognition as a UNESCO World Heritage Site. Located in the middle of the Annamite Mountain Range in Quang Binh province, the Park comprises an area of 123,326 ha and contains terrestrial and aquatic habitats, sites of natural regeneration, tropical dense forests and savanna and is rich in large, often spectacular and scientifically significant cave systems. The caves that are accessible to visitors include Phong Nha Cave, Paradise Cave and Hang En.

Phong Nha-Ke Bang is home to a rich diversity of fauna and flora.  Regular boat rides can take you through the park’s canals, making for a lovely way to enjoy the staggering natural landscape. A large number of faunal and floral species, including hundreds of mammals, reptiles, birds and fish species is what make this park impressive.

Officially the largest cave in the world, Hang Son Dong cave is located right in the middle of park. The beautiful imperfections of stalactites and stalagmites rising from the floor of the cave are truly congruent to fanciful imaginations.

The journey to Hang Son Doong is not for the faint-hearted. It involves two days of intense jungle trekking and river crossings to reach the entrance.  Once inside you are expected to abseil, climb, crawl and swim through underground rivers to arrive at the end of the cave. It’s an adventure like no other.

Bong Lai Valley is a few kilometres outside of Phong Nha and full of beautiful farms.  Biking through the narrow roads offers a glimpse into the everyday life of the local families and farmers. You can also look for kayaking at the stream on Chay River Nuoc Mooc to feel the calm river with clear blue water bottom is as good as jade wealth together. Enjoy spring baths and river baths in these caves. Prepare to get dirty and have some primitive fun in Dark Cave. 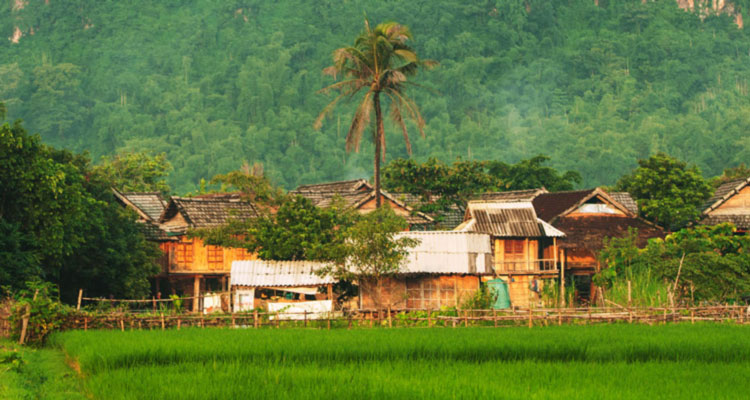 A three-hour drive from the manic atmosphere of Hanoi, the impossibly scenic rural district of Mai Châu, could be one of the region’s you would love to reach. Nestled between two towering cliffs and surrounded by emerald green paddies, it is a charming sight as you approach down the windy cliff side road and the villages makes an ideal stopover for photography buffs and those who love to hike and bike. The village is small and blend seamlessly with the environment. Listen to the sound of nature, the delicate birdsong, the mumbles of the buffaloes, the squawk of the chickens, and the children playing freely in the fields. The surrounding countryside, idyllic rural scenes and stay at a traditional stilt house make for a true Vietnamese experience that could easily charm you into staying longer than intended.

A short trek from the Ban Lac Village to the H’mong is a ideal way to see the colours of nature village Take in the views of the valley, meet the local people, see them working diligently in the fields, engaging in craft works or proficiently weaving gorgeous textiles.

The well preserved Pu Luong Nature Reserve is another such place where you find rich, primary tropical rainforest, limestone peaks and fertile agricultural land. Nothing is more pleasing than enjoying a local wine and seeing young men and women perform the traditional Thai folk dancing in which stories of traditional life in rural Vietnam are recreated as dances. 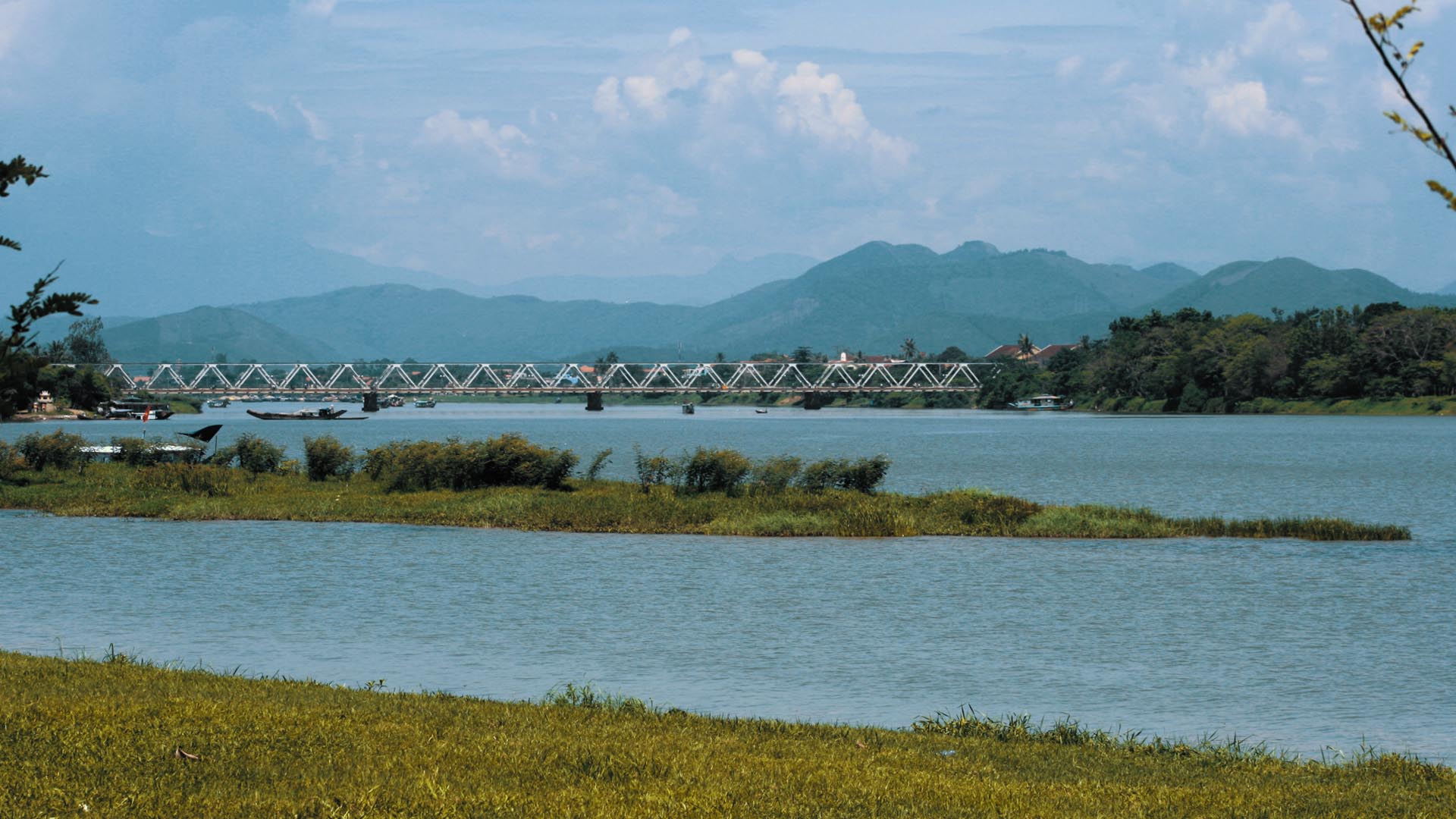 Like many other countries, Vietnam has seen rise and fall of many dynasties and emperors. Hue, pronounced ‘hway’, is the deeply redolent capital of the Nguyen emperors, and is often referred as “Vietnam’s Imperial City”.  Located on the banks of the Perfume River, the city of Hue still wears its royal charm, with resplendent emperors’ tombs and ancient pagodas hidden among modern developments and much of the restored citadel open to visitors. The walled fortress and palace in the city of Hue was once the administrative capital of Southern Vietnam.

Hue is home to 7 imperial tombs as well as the ancient imperial city. Most are located along the Perfume River south of Hue, and you can make a full day of it if tombs are your thing. Situated on the north bank of the Perfume River in the village of Huong Long, five kilometres from the city of Hue, the seven storied Thien Mu Pagoda is the tallest and well-preserved religious sites in Vietnam.

The classic ornate Japanese footbridges, bunkers from the Vietnam War, or the tiger fighting arena are the other things to admire here. If you want something beyond the citadel and tombs, go on a countryside cycling tour or drive through the Hai Van Pass which will take you up and down and around the coastline. Traverse through rice paddies, visit a countryside market, and have lunch at a local family’s home. You can also take a dragon boat cruise down the Perfume River, or wade through the chaotic central market to earn some special hand-made jewellery, clothes, shoes, silk paintings or other local crafts and artwork signed by local artists. 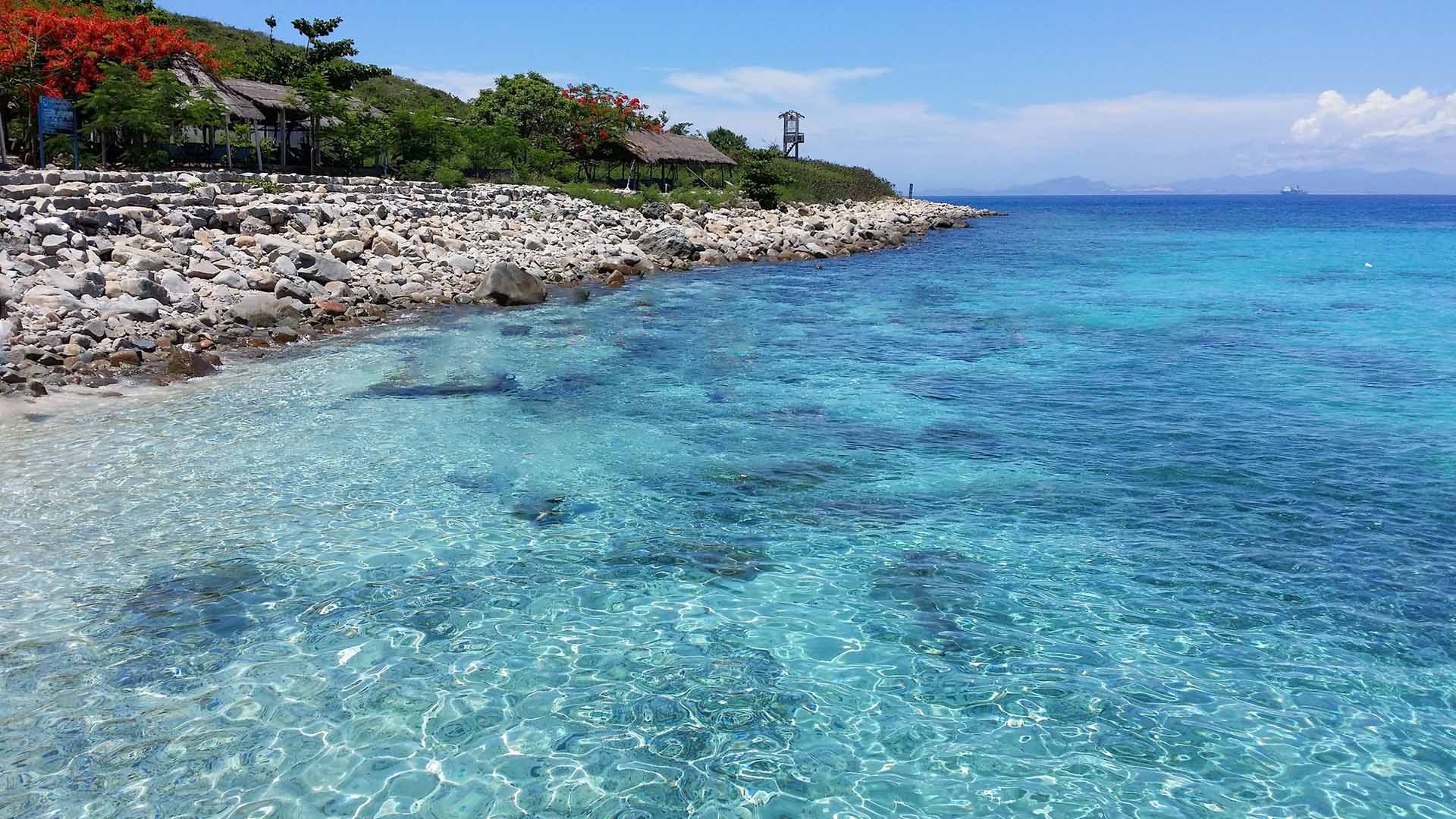 Located in the southern part of Nha Trang Bay in the Khanh Hoa Province, Hon Mun is a true slice of paradise. The little-known island is aplenty with natural beauty of white-sand beaches and marine-protected coral reefs brimming with aquatic life.

It’s possible to explore the waters from the safety and comfort of a glass bottom boat, but dipping below the surface and getting up close with local wildlife is the best way to truly experience the beauty of Hon Mun. Rainbow Reef and Tiger Wall are two of the most popular dive sites near Hon Mun Island. Cruise Nha Trang Bay on a private speedboat tour to Mun Island and Bamboo Island, and enjoy a full day to fish off the boat, snorkel, swim, and dine on freshly caught crabs or other local seafood. It will be hard to resist a beer, wine, and non-alcoholic drinks from the open bar.  Try your luck fishing for shrimp and crab with the local fishermen. You can snorkel the reefs, have a sunbath or swim until your heart’s content.

Imposing natural scenery, waterfalls at sea and the rocky beach without human intervention are the highlights of Rai Cave (Hang Rai) – located in the south central province of Ninh Thuan.

Rai Cave creates a superb feeling seemed to be lost in the land of fairy tales. The rock formations stacked on top of each other creating countless beautiful small caves. Perhaps, the image of Hang Rai beach at dawn and dusk is best coloured. Each small rock in Rai Cave is covered with green moss as it comes out from the story to make people infatuated.

The stone park is an intriguing arrangement of hundreds of different large and small stones, creating beautiful shapes, caves that allow only one person getting through or cliffs to challenge your courage. Explore a round of the rocky area; you will admire the grandeur of the sea and mountains and panoramic view of the ancient coral.

When the waves hit the rocks, the water is pouring in, the slope of the rock make the water flow back into the sea, creating the waterfall extremely different. Some call this “the waterfall on the sea”. The rock holes sometimes become the natural swimming pool that is both safe and cool for anyone who cannot control himself from the attraction of Rai cave.

Camping overnight in Rai cave is also an interesting thing that you should try once. Visiting the sea turtle reserve is the best you can learn about sea turtles and marine life in general. There is no better way to round up the trip than with an album full of coral pictures.