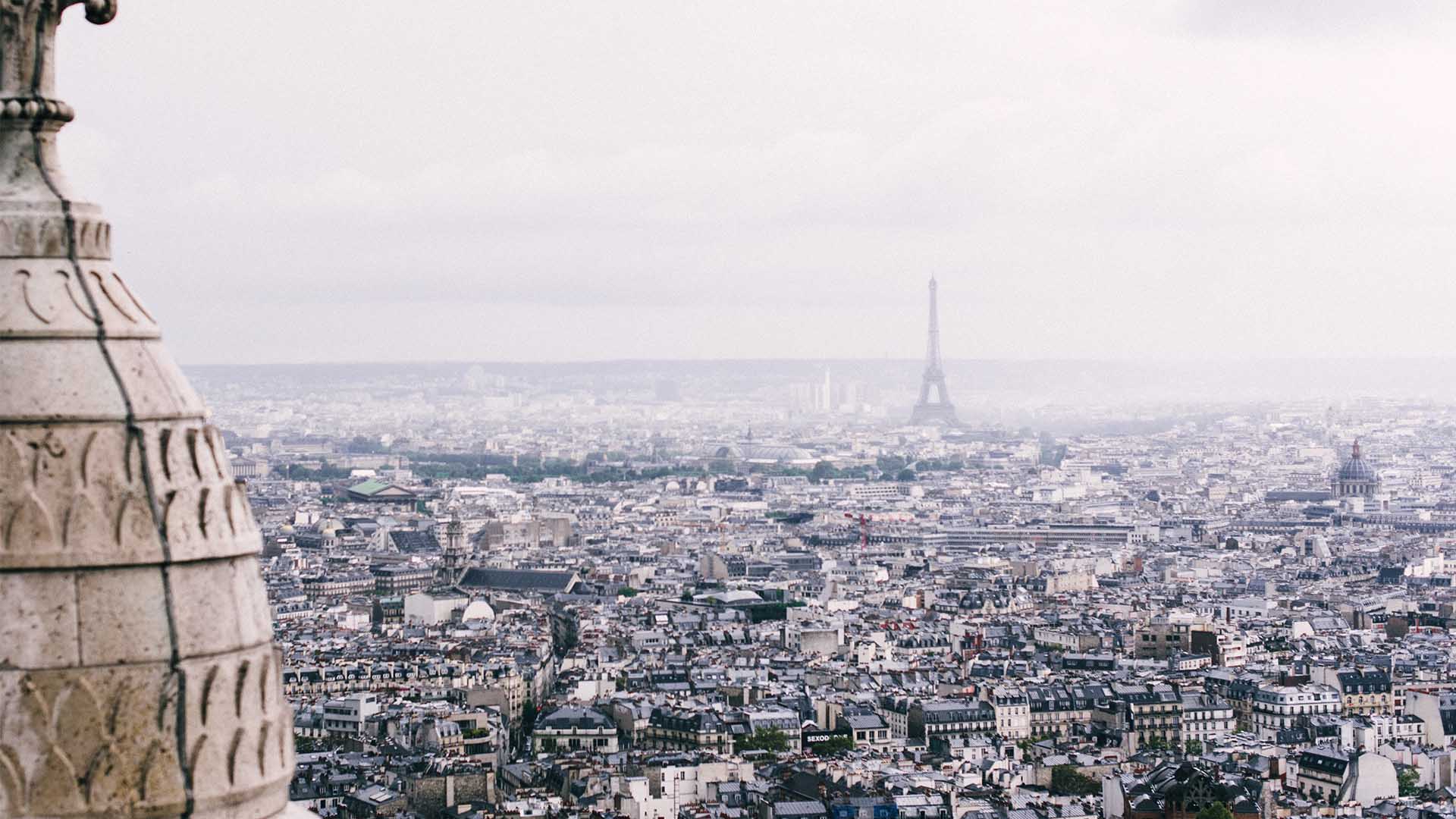 Did you know that the world’s first elevated park resides in Paris? It’s called Promenade Plantee. And if you think Bordeaux is nothing more than the famous French wine, you’ll be surprised to see the eponymous historic city that boasts of the largest square in Europe and some of the most impressive churches in the world. From world-class art and architecture to diverse landscape and finest wine, France tourism has much to offer. How do you decide on the most famous places in France, places that deserve to be on your bucket list? We have done all the groundwork; you just need to sit back and take your pick! 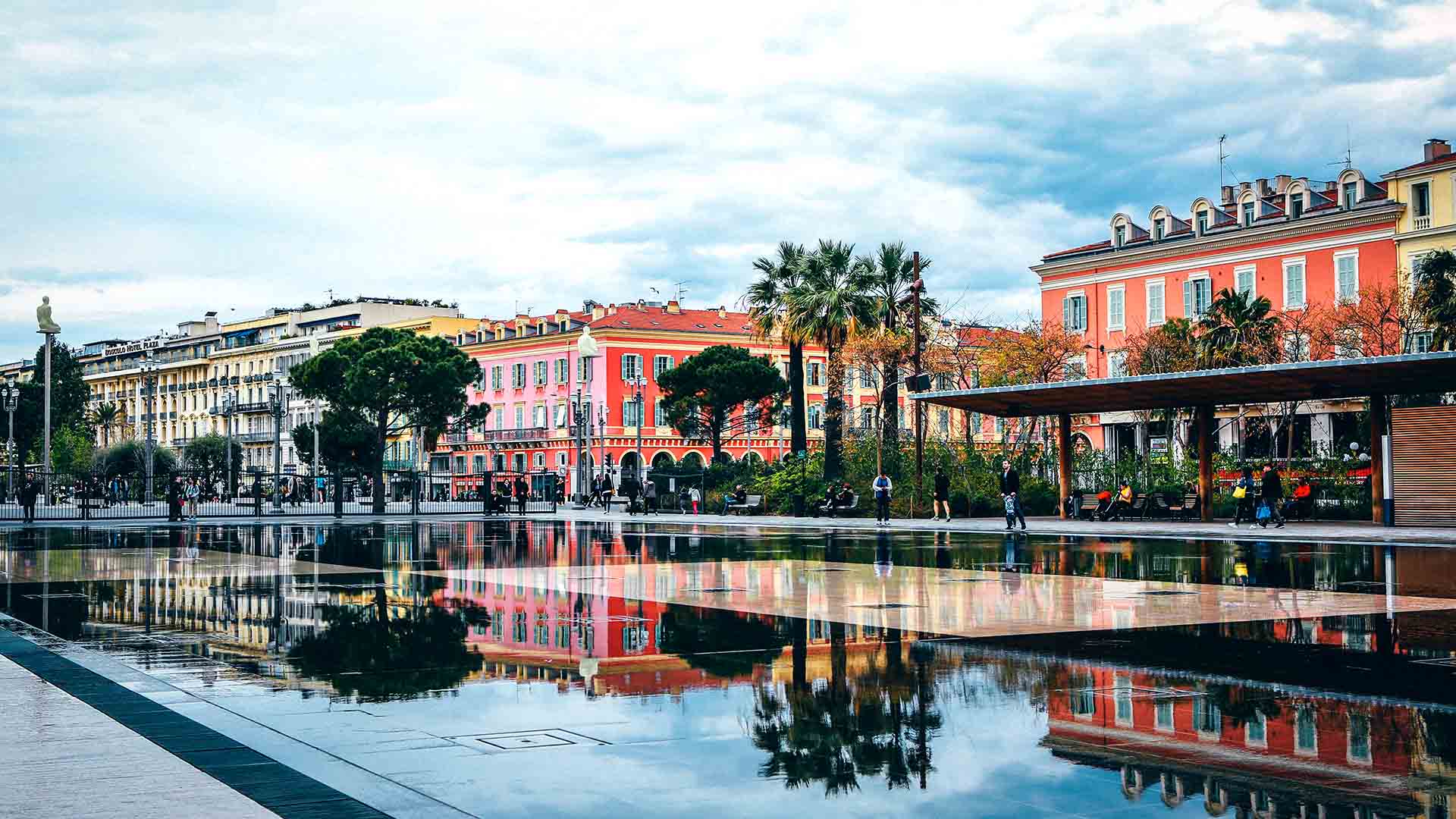 The Mediterranean coastline of southeast France, popularly known as the French Riviera, has inspired countless writers, painters and artistic souls to find expressions to their inner voice. There’s something about the seemingly-endless coastline and azure waters that makes Côte d’Azur a French tourist attraction. Travellers can easily spend a couple of days in the chic coastal cities of Nice, Cannes and St-Tropez. While Nice and St. Tropez offer the perfect destinations for a laid-back holiday amidst the magical coastline, Cannes is the place to treat yourself to the finer things in life – luxury yachts, glamorous festivals, indulgent spas. 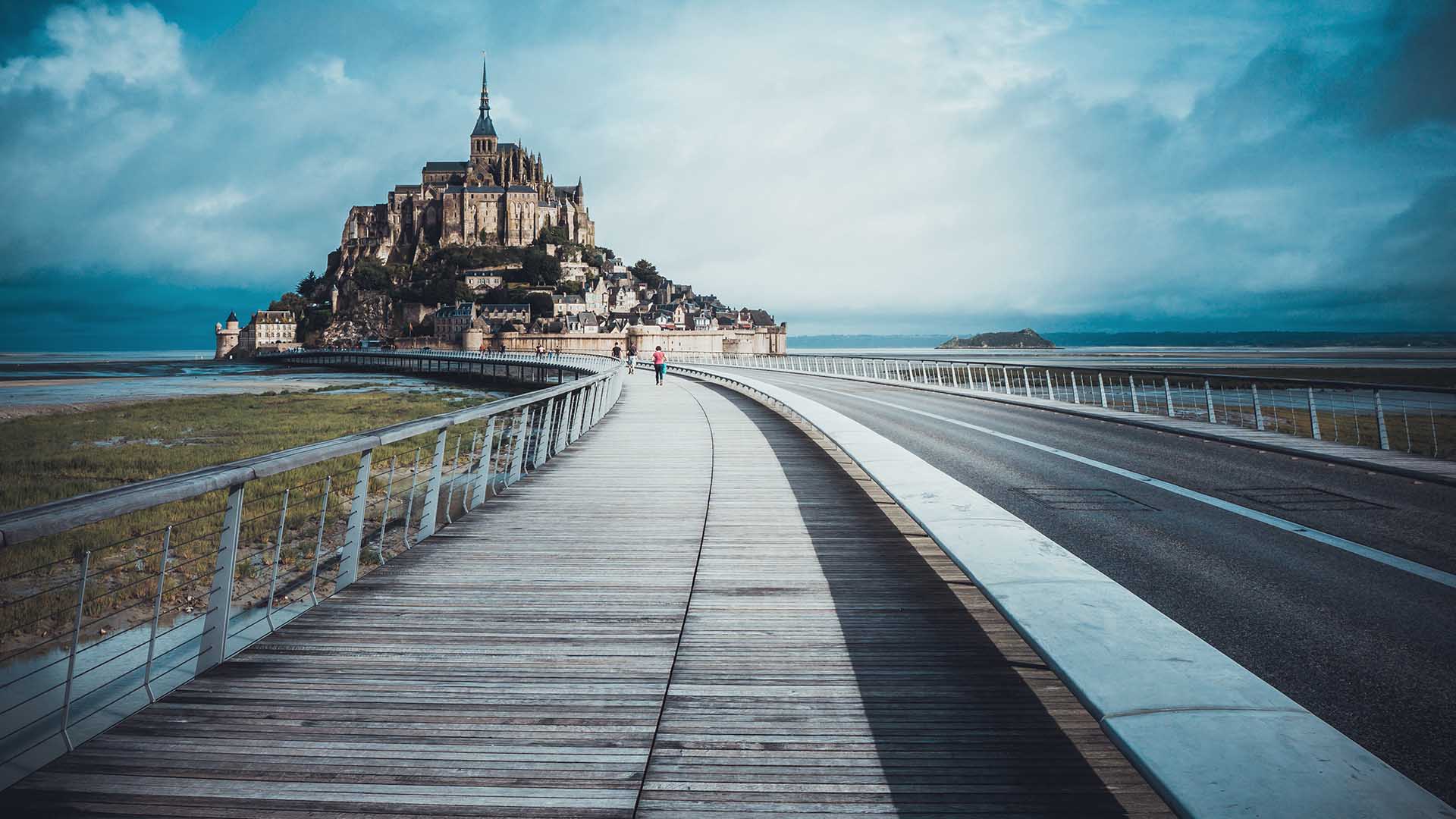 One of the interesting things to do in France is to see the inspiration behind the incredible castle in Walt Disney’s 3D musical adventure Tangled. Mont St-Michel in Normandy, a rocky island connected by a causeway to northwest France, is most celebrated for its Gothic-style Abbey of Mont Saint-Michel (built in 708 A.D). Apart from the grand monastery, the island also houses a charming medieval village that transports visitors back in time to the simple pleasures of life. In fact, the Normandy region is renowned for its dry-stone farmhouses, chalk-white cliffs, half-timbered buildings and picturesque chateaus. 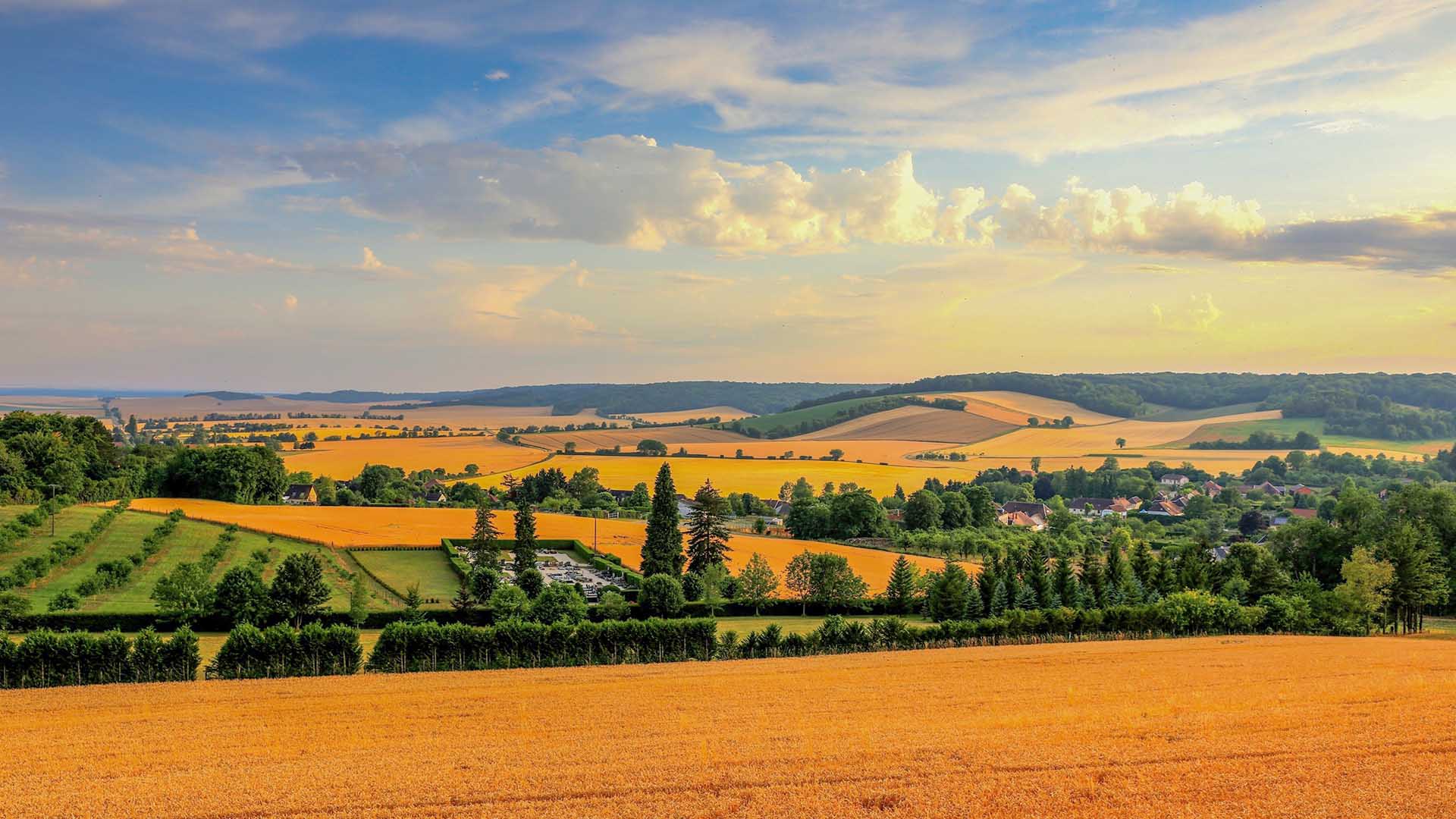 Love champagne? The birthplace of bubbly, Champagne-Ardenne, has to be right on top of your list of France points of interests. Located in the northeast of the country, the place is known for its scenic countryside, medieval chateaus and, of course, fine vineyards! The best way to explore this France attraction is to sign up for a wine trail. For a sneak peek at some underground wine cellars, head to Reims (also home to the Cathédrale Notre-Dame). And don’t miss out on the impressive art and architecture at Troyes, the region’s capital. 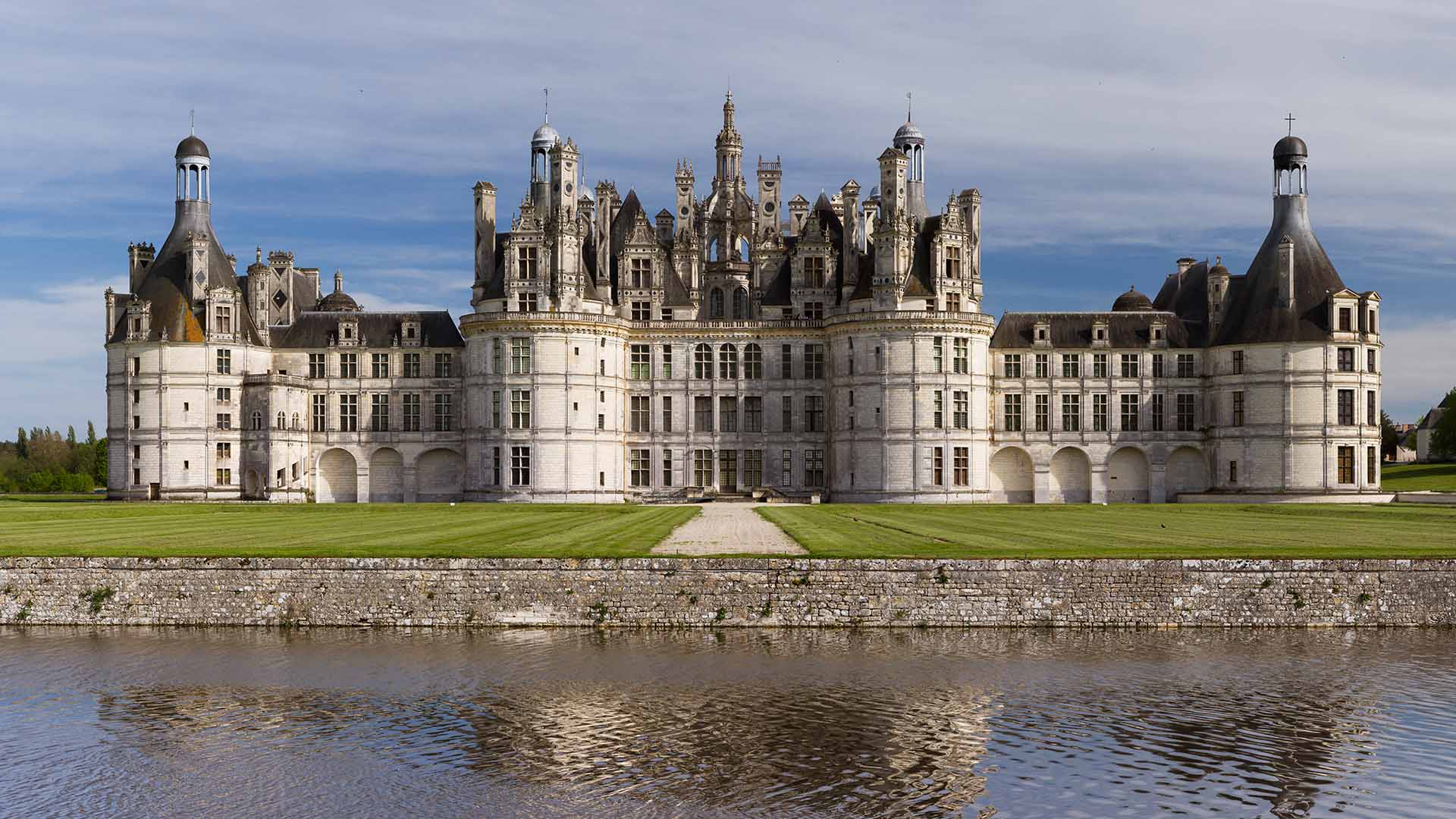 Popularly known as the garden of France, the Loire Valley in central France is filled with awe-worthy chateaus, mansions and architectural marvels. Little wonder then, that it’s a world heritage site, counted among the must-visit places in France. Nature lovers are sure to fall in love with the beautiful landscapes and the longest river in France – the Loire. For those who enjoy exploring museums and old buildings, Tours in the Loire Valley is definitely worth a visit. No listing of the famous monuments of France can be considered complete without a mention of the majestic Château de Chambord. 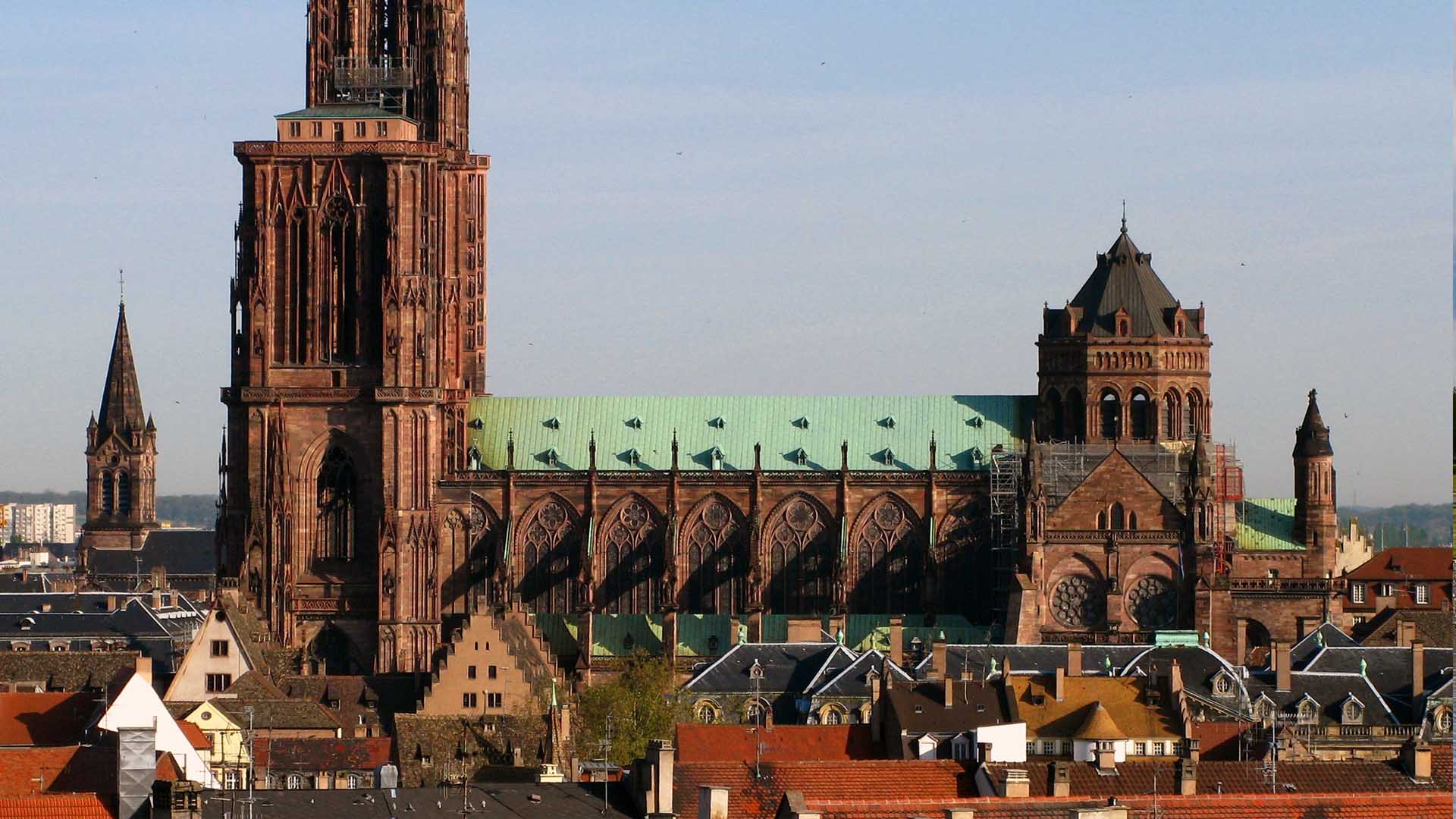 If you are a history buff, Strasbourg has to be among your top France destinations. Located on the border of Germany and France, Strasbourg is a historic city that houses Grande île (Big island), a UNESCO World Heritage Site. The 15th-century Cathedral and Ponts Couverts (a set of three bridges and four towers) are sure to blow your mind away! In Strasbourg, you’ll find the best of France and Germany. It’s also a convenient base for those planning to visit the Black Forest or the River Rhine. 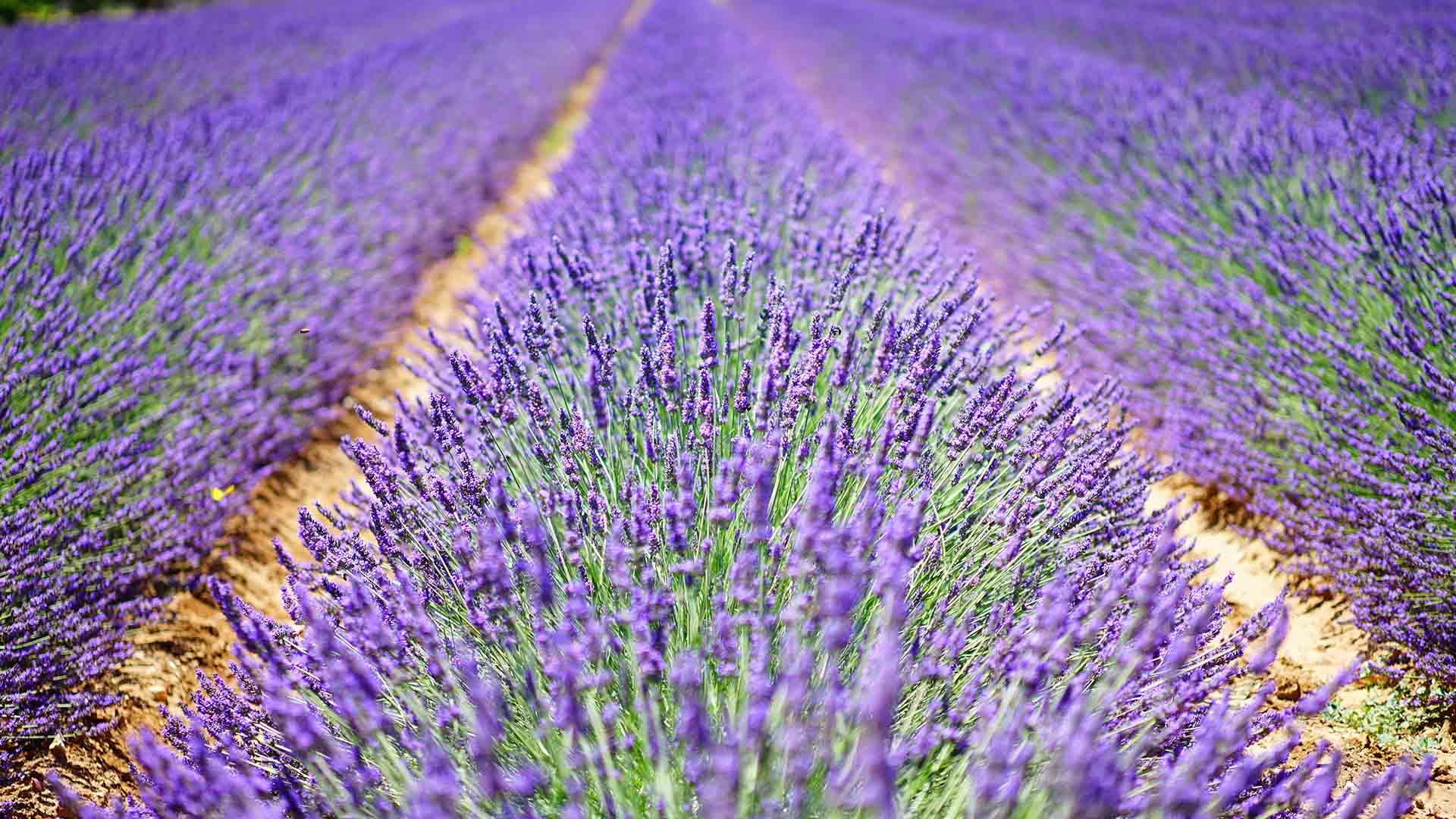 To witness gorgeous stretches of lavender flowers and lush olive groves, head to Provence, one of the most famous regions in France. If time is not a constraint, it’s recommended that you spend a couple of serene hours at the Sénanque Abbey, a 12th-century church near Gordes. And then, there are tourist trips to picturesque villages of Baux-de-Provence, St. Rémy, and Avignon. You’ll see imposing mountains, magnificent ancient architecture, and, yes, many, many vineyards! 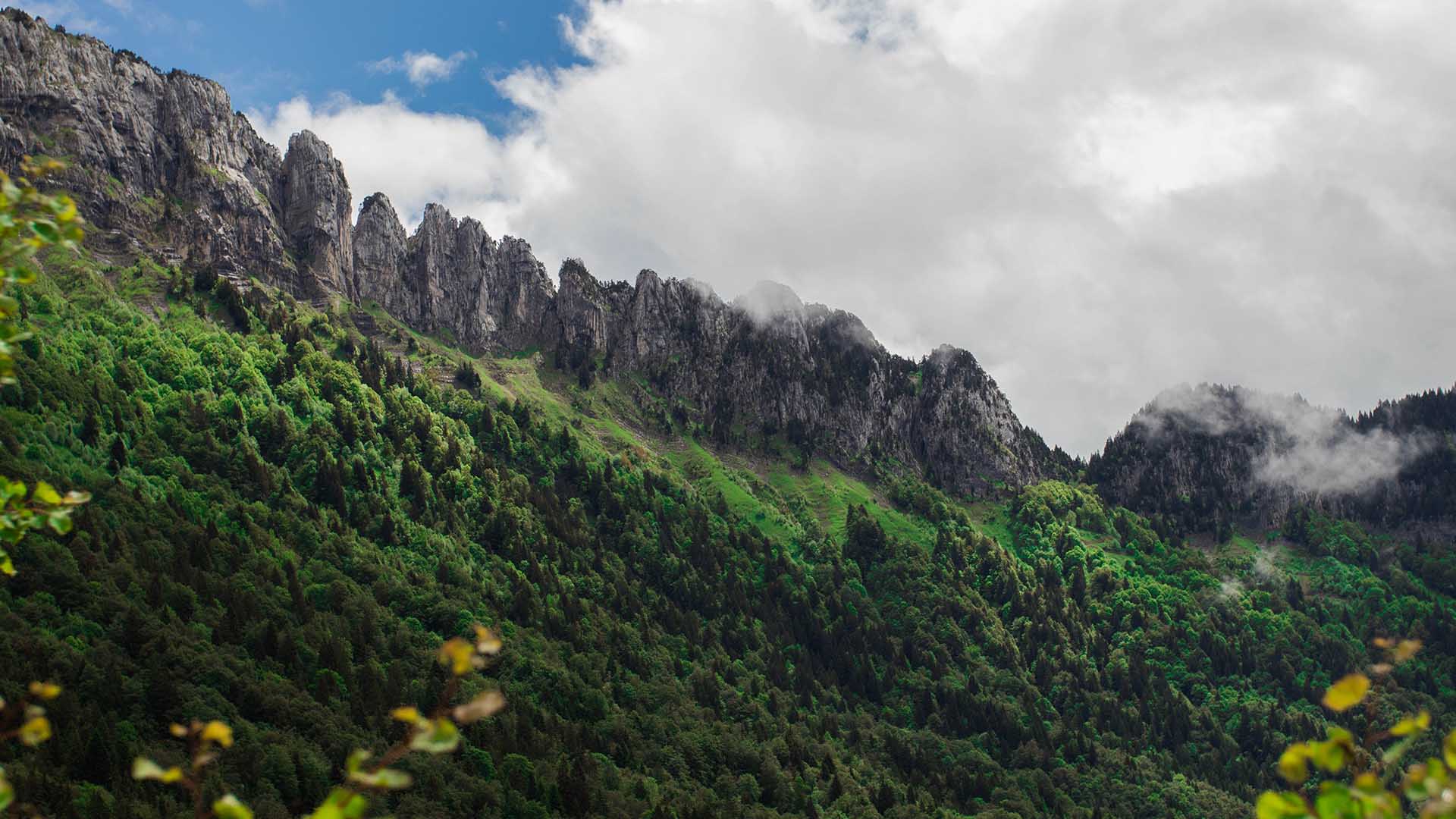 Which is the most photogenic place in France? It’s a tough call, but many would vouch for Annecy, popularly known as the ‘Venice of Savoie’. Peppered with small canals and a 14th-century Chateau (Palais de l’Isle) right at the centre, Annecy is the kind of place that has managed to stay untouched by time. As you walk down the narrow cobbled streets in the old town, surrounded by a huge lake and snowy mountains, you’ll understand why Annecy is so special. 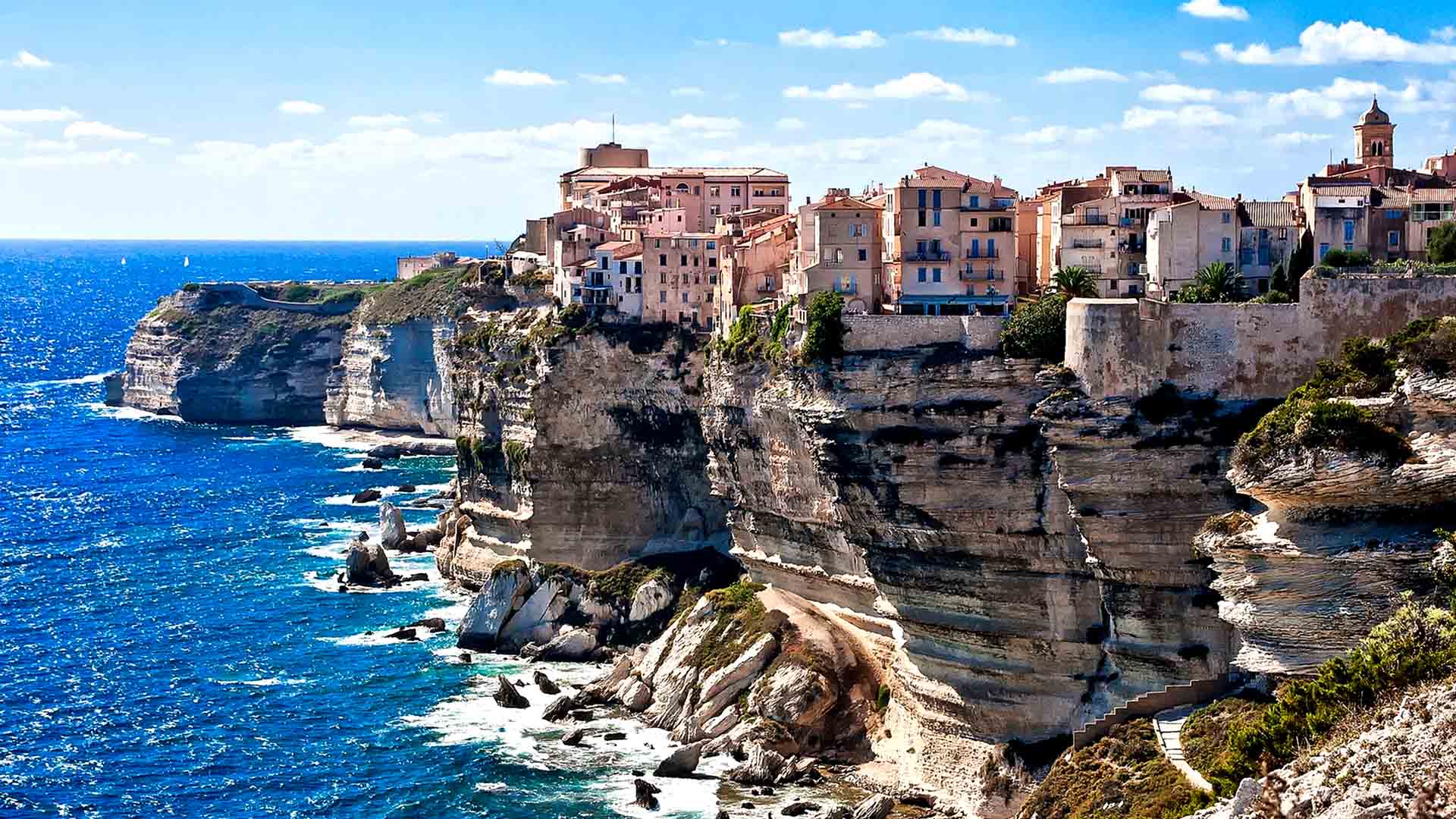 It’s Napoleon’s birthplace, but what attracts tourists from across the globe to Corsica – an island southeast of France – is its chic coastal cities, sun-soaked shores and diverse landscapes. From crescent-shaped beaches and rocky cliffs to more than 100 species of aquatic birds and connected series of islets and caves (Gulf of Porto, a UNESCO World Heritage Site), this is one France destination that delivers more than it promises. And if you are an adventure enthusiast, Corsica will delight you even more! 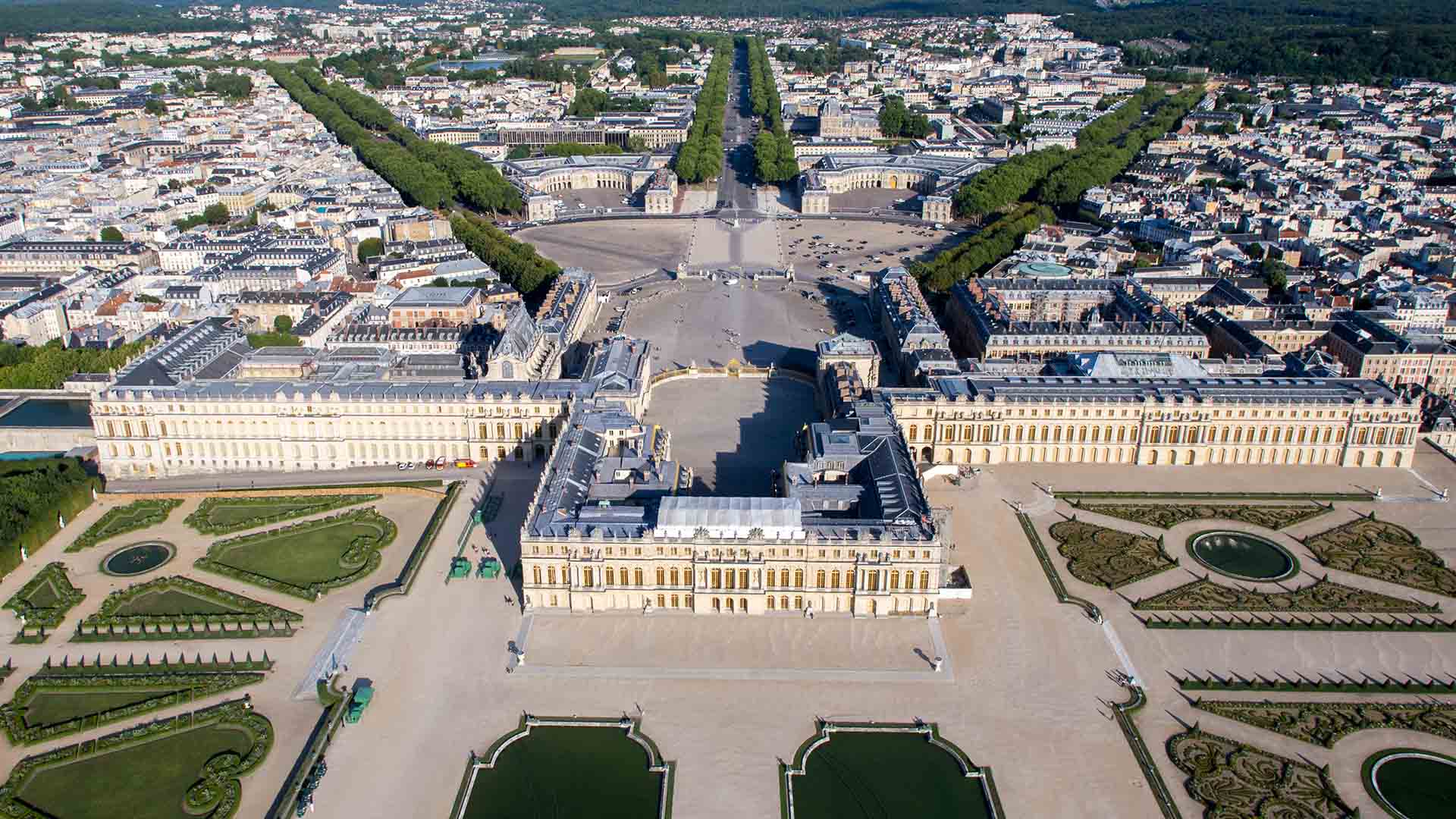 If Paris is the most important place to visit in France, Versailles – a small town near Paris – is a close second. Home to the most famous chateau in the world, Palace of Versailles, the place is a France tourist attraction in its own right. The ornate palace, Louis XIV’s 18th-century residence, along with the manicured gardens, is a UNESCO World Heritage Site. It offers an interesting insight into the extravagant lives of the French royalty before the French Revolution. 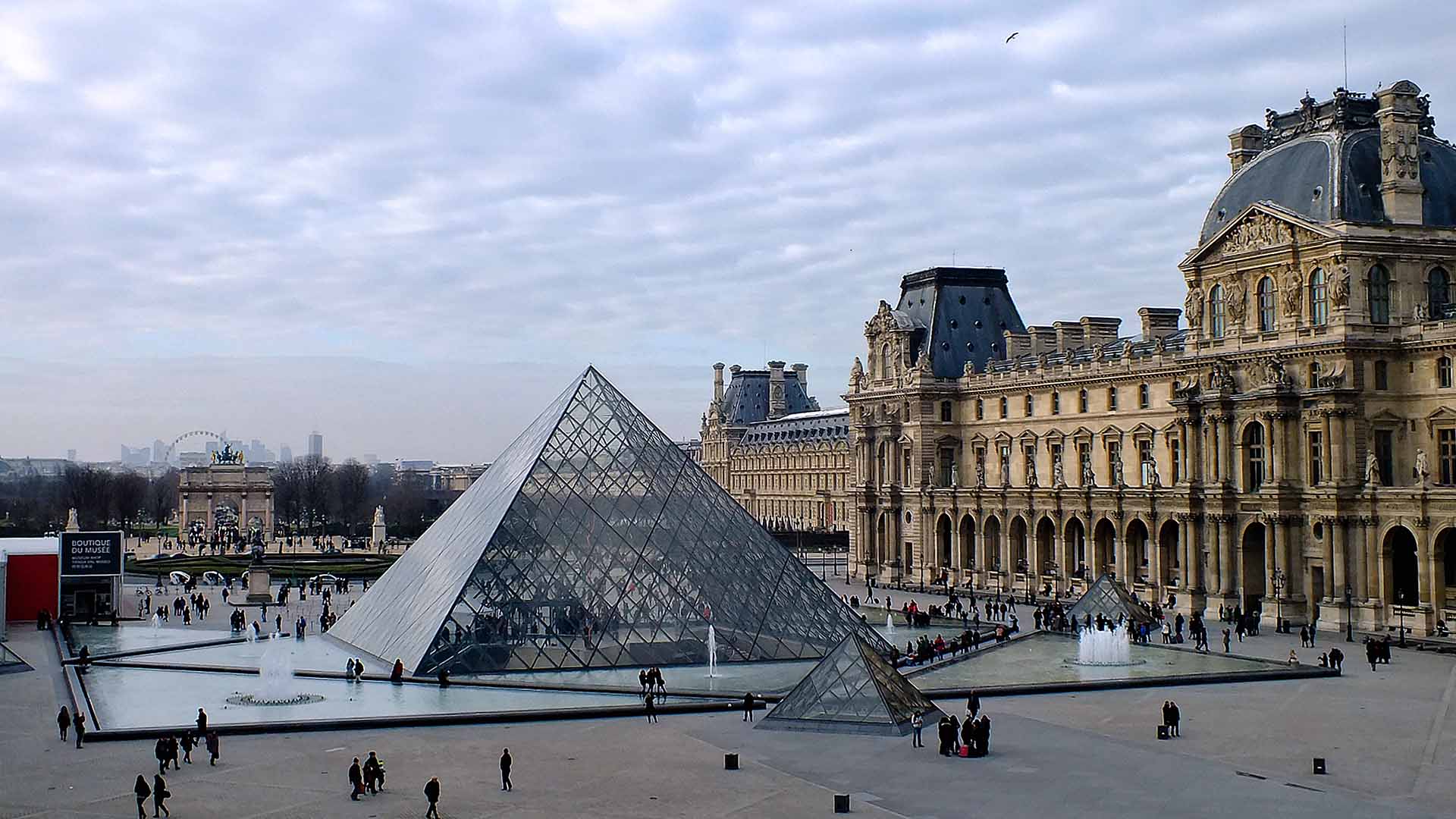 Is it possible to write about travel in France, without stating any of the Paris tourist places? From the Eiffel Tower, Louvre and Musee d’Orsay to Notre Dame Cathedral, Ile de la Cité, and Moulin Rouge, the French capital houses some of the most visited tourist attractions in Europe. Originally a tiny island on the Seine River, today Paris has evolved into a traveller’s delight. While it’s a good idea to opt for a Paris tour package that covers all the highlights of Paris tourism, do remember to spare some time to simply soak in the spirit of the place. Because, honestly, there’s no place quite like Paris!