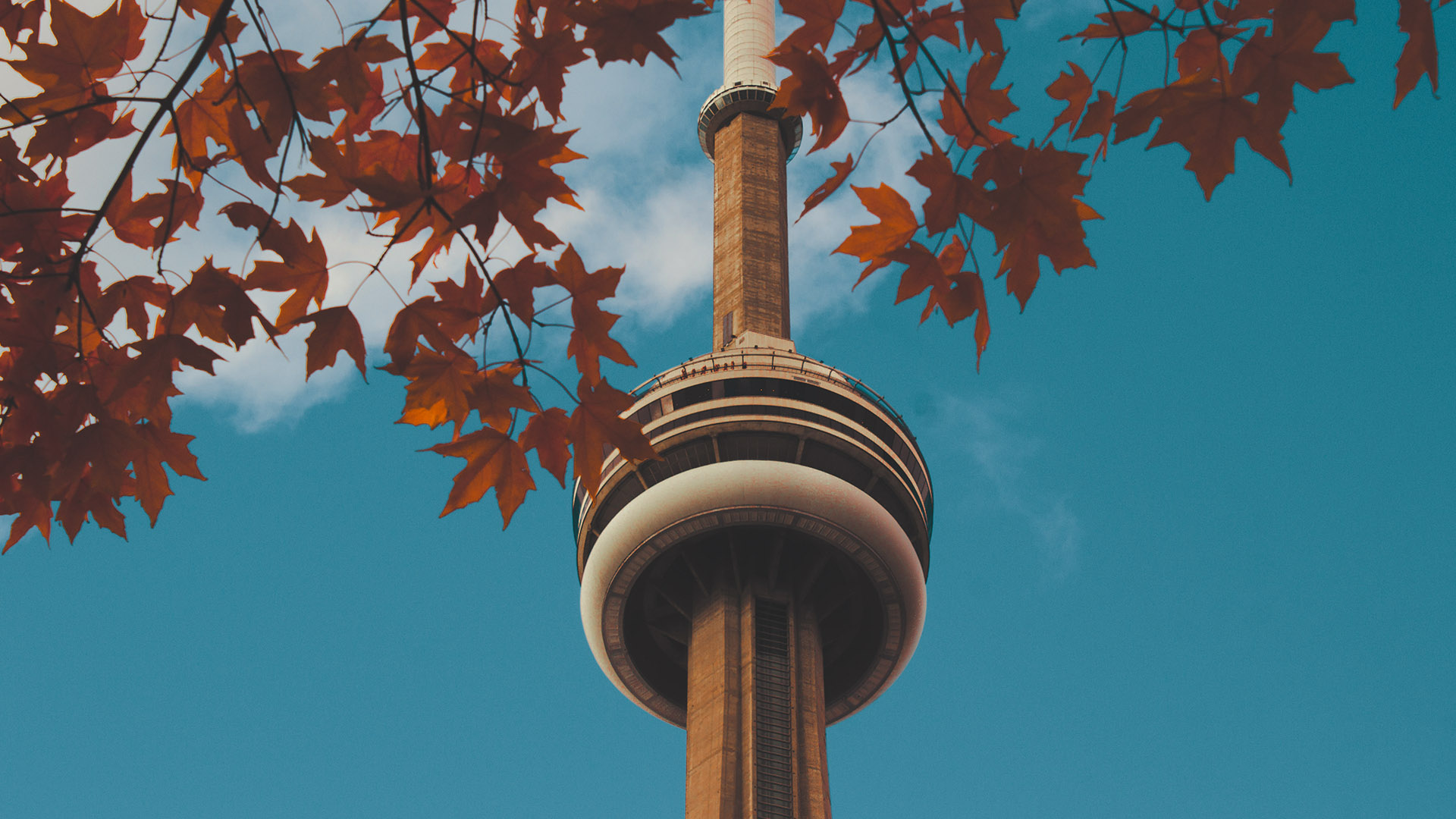 The ultimate itinerary for a holiday in Canada

The ultimate itinerary for a holiday in Canada 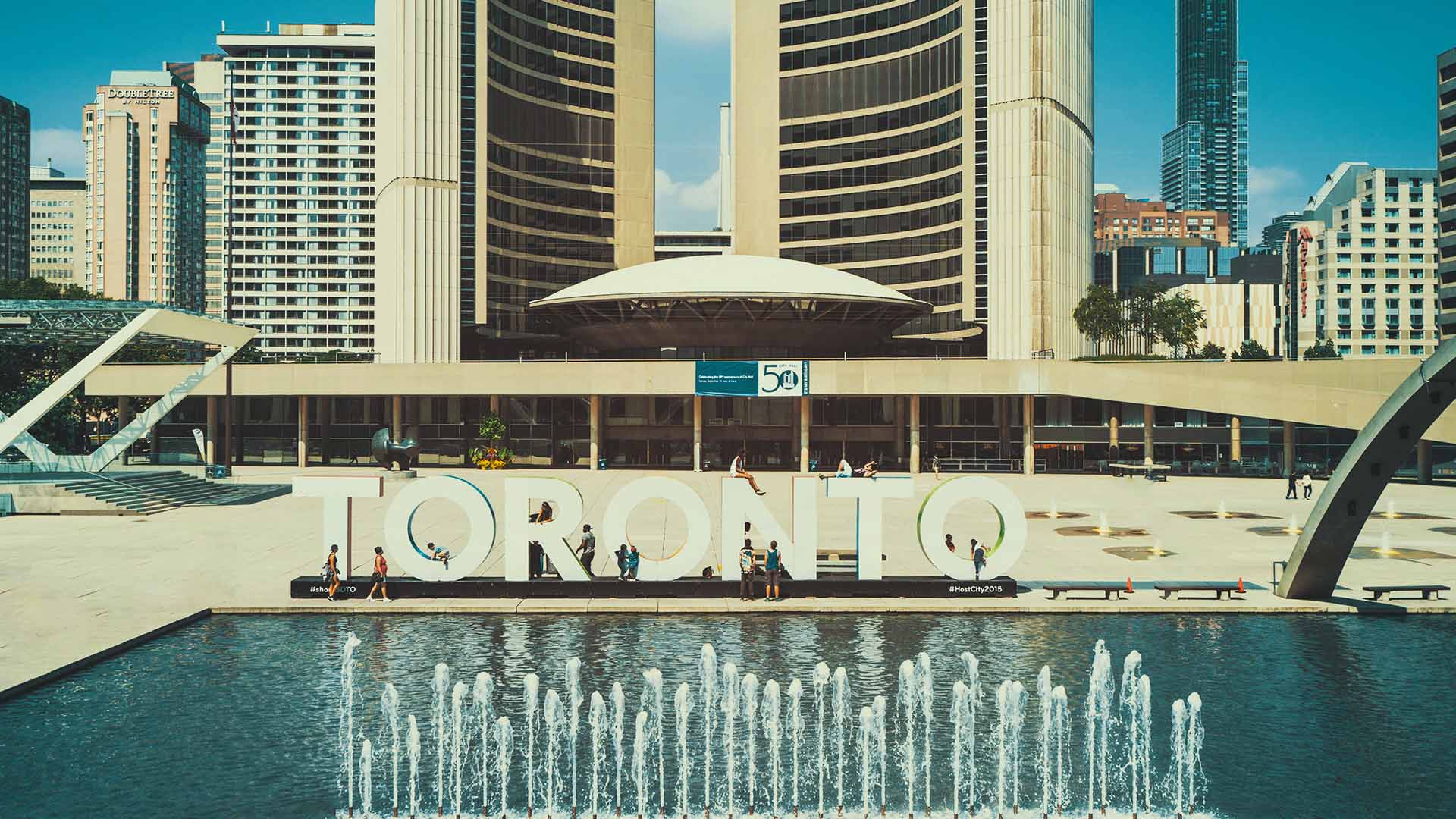 Planning a trip to the country of polite people, great food and maple syrup? Canada has a mind-blowing countryside, cosmopolitan cities and mountain peaks that will make you never want to leave. So make sure you make the most of your holiday by seeing everything there is to see and doing all there is to do. This is how you can make the most out of the experience that is Canada: 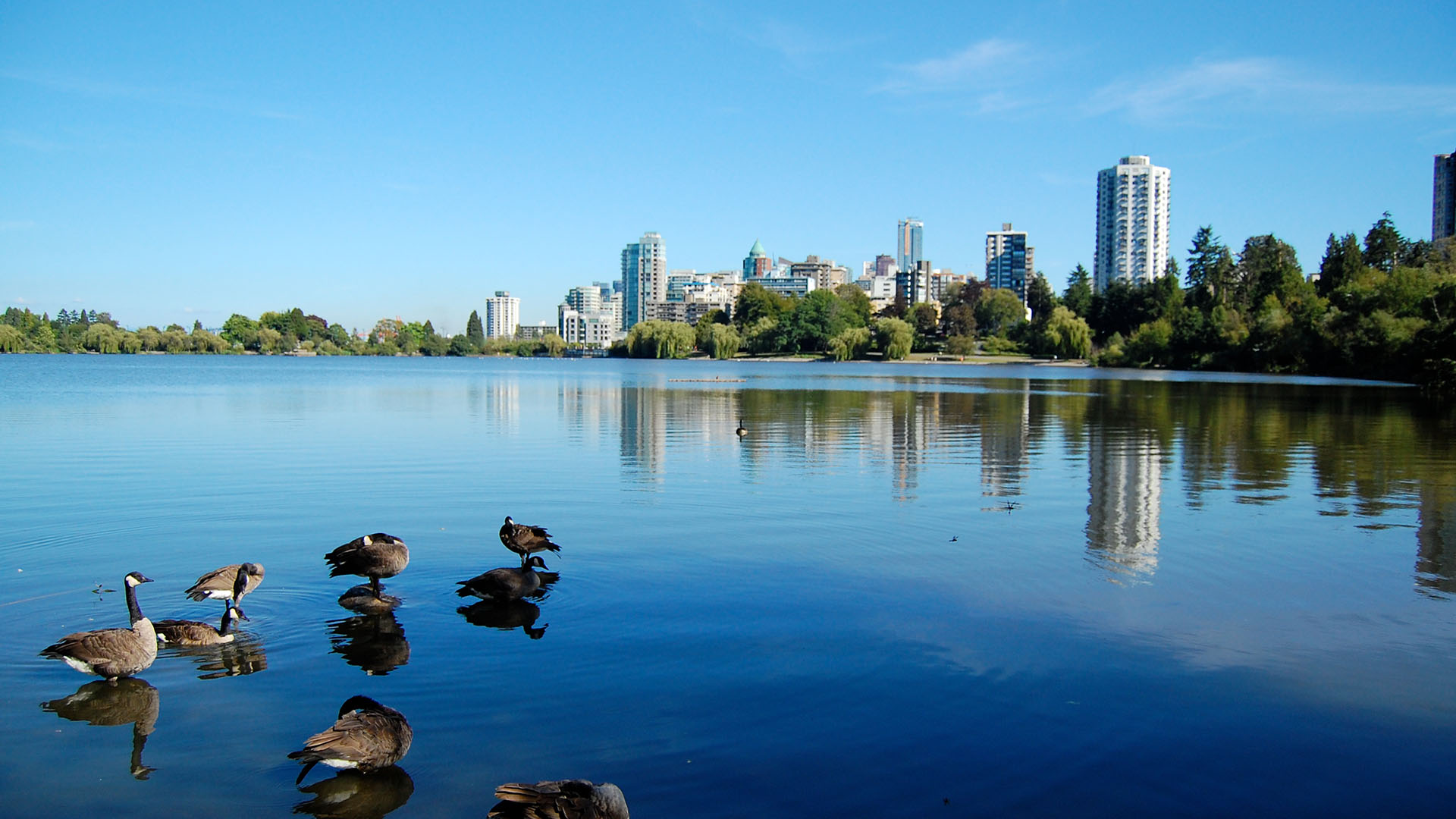 Start your day with a hearty Canadian breakfast at Jam Café on Beatty St, a café so popular you need to get up early and get in line for your tuck in. You have options such as Maple Pan Fried Oatmeal and Buttermilk Biscuit Sandwich, you’re here, might as well go all the way. After your tummy is full, head to Stanley Park. This 1,000-acre park houses Vancouver’s best attractions the park is huge and can take up all of your day. You can rent a bike and explore the whole place, it’s a real plus if you’re on a family holiday. There is an aquarium, historic points and trails. End your day with dinner and drinks at Nightingale, if you’re adventurous try the Bison tongue on toast.  A perfect start to your holiday in Canada. 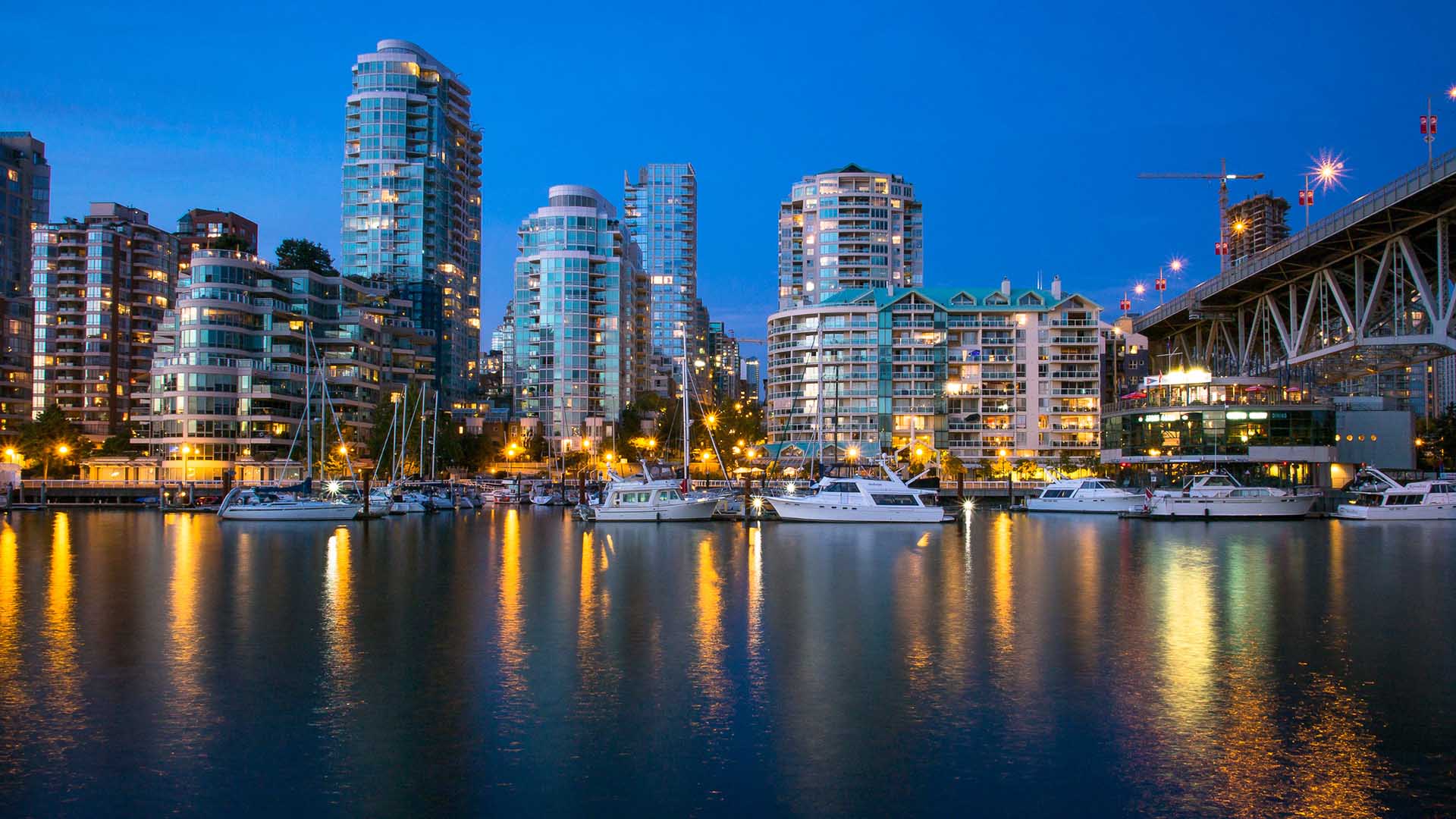 Start your second day by getting up early and taking the first ferry of the day to False creek, heading towards Granville Island. Granville Island is a step back in time, home to many artists and craftsmen, there is sense of creativity in the air. The island consists of remodelled warehouses that are remains of the island’s industrial past. You will see cranes and rail tracks that lay there as tributes to when this island manufactured goods by the dozen. After the World War, it lost his glory and now stands as an attraction for tourists all over. Most Canada Tour packages will tell you to do breakfast, lunch and dinner. But heading to a brunch while in Vancouver is one of the best decisions you can make. Ferry back to the city for a late brunch at Twisted fork bristo which serves up customised brunches fir a fixed price. Get onto a flight and fly across the country that evening to Canada’s largest city, Toronto. 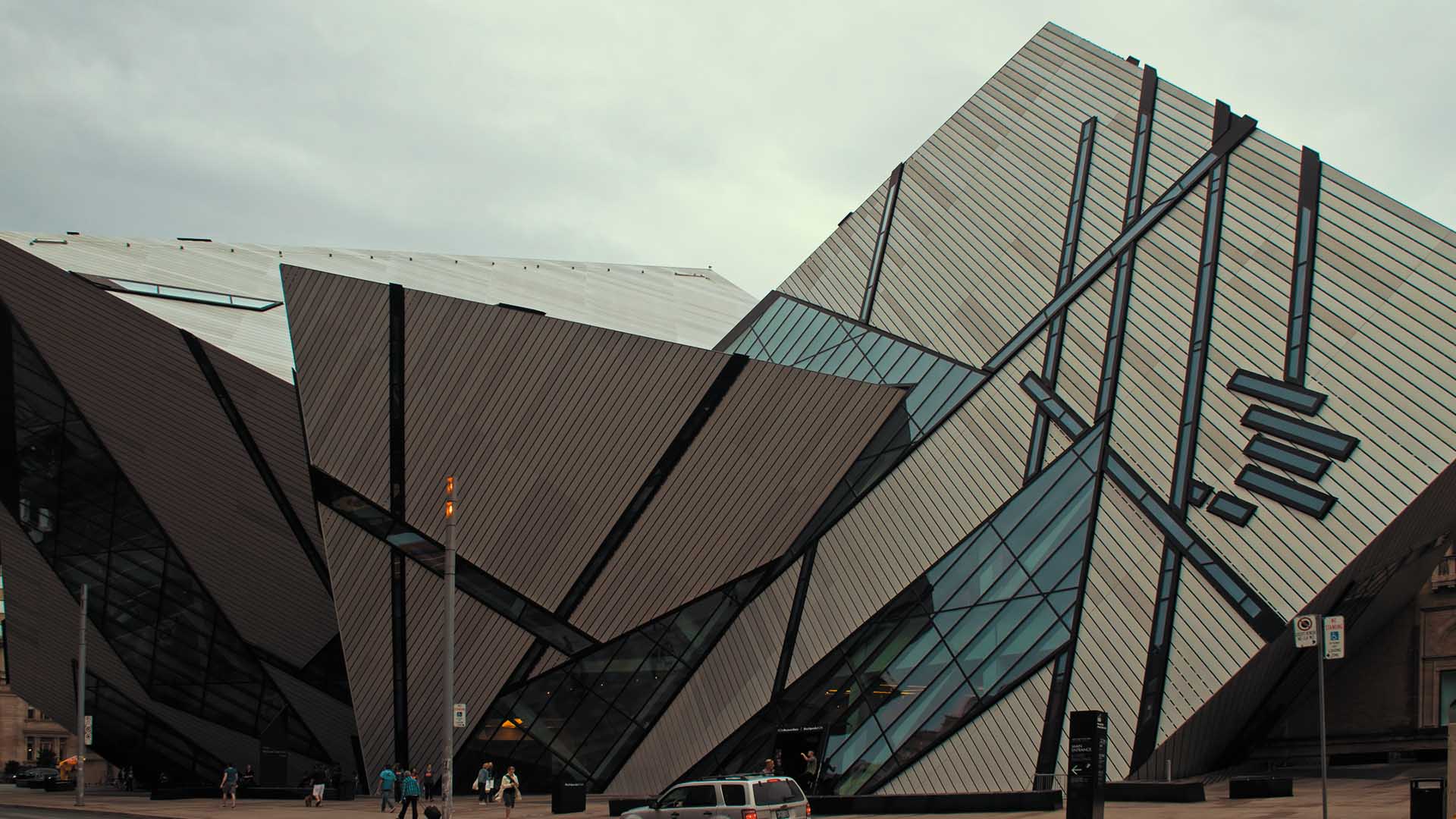 Start your day with a light breakfast because there are major lunch plans. Explore the Royal Ontario Museum, the museum is home to some outstanding collections and has major exhibitions from all over the world. In the afternoon, head for lunch to Horizons Restaurant. Located at the top of the CN tower, it offers a 164 meters view of the Toronto skyline and brilliant food as well. Before entering, enjoy the sight of this steel megastructure fro the outside. After your late lunch, head to one of its observation decks and watch the sun set over the city. Some decks have glass floors, offering a bird’s eye view directly down at the city. Grab a bite at Front Street Foods Market at Adelaide Place, with little stalls selling street food of all cultures, it is almost impossible to be disappointed. 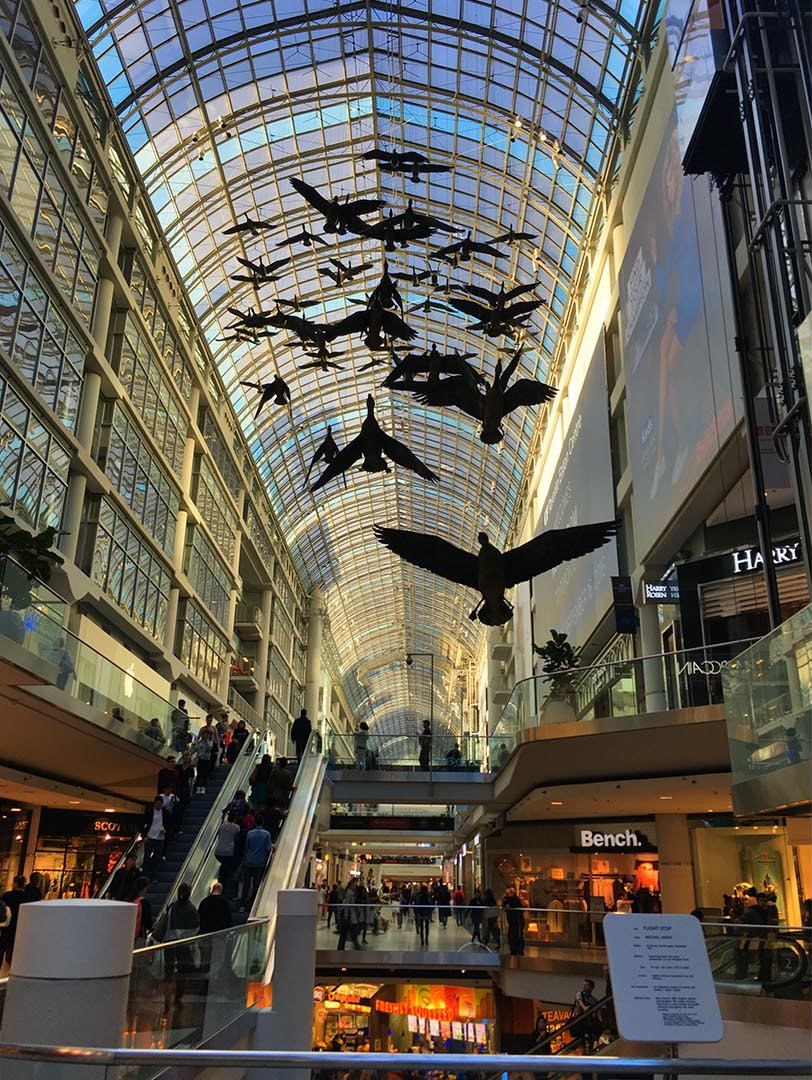 Bonjour Brioche Bakery Café is a true French patisserie and is known all over Toronto for its brunch and small bites options. They’ve got Croque Madam sandwich with toasted brioche, ham, gruyere cheese and a fried egg or something light and simple like a scrambled egg. End your breakfast with pastries made in house. If you can walk after, go to Toronto Eaton Centre. It’s a shopping centre that has everything, even if shopping isn’t on your list, the market itself is a sight for sore eyes. It has brands, street shopping, antiques, farm fresh produce and more. There is constant chatter and it also houses Toronto’s many independent bookstores. Still got time on your hands? Go to Backyard Axe Throwing League and try your hand at throwing an axe like a true lumberjack. 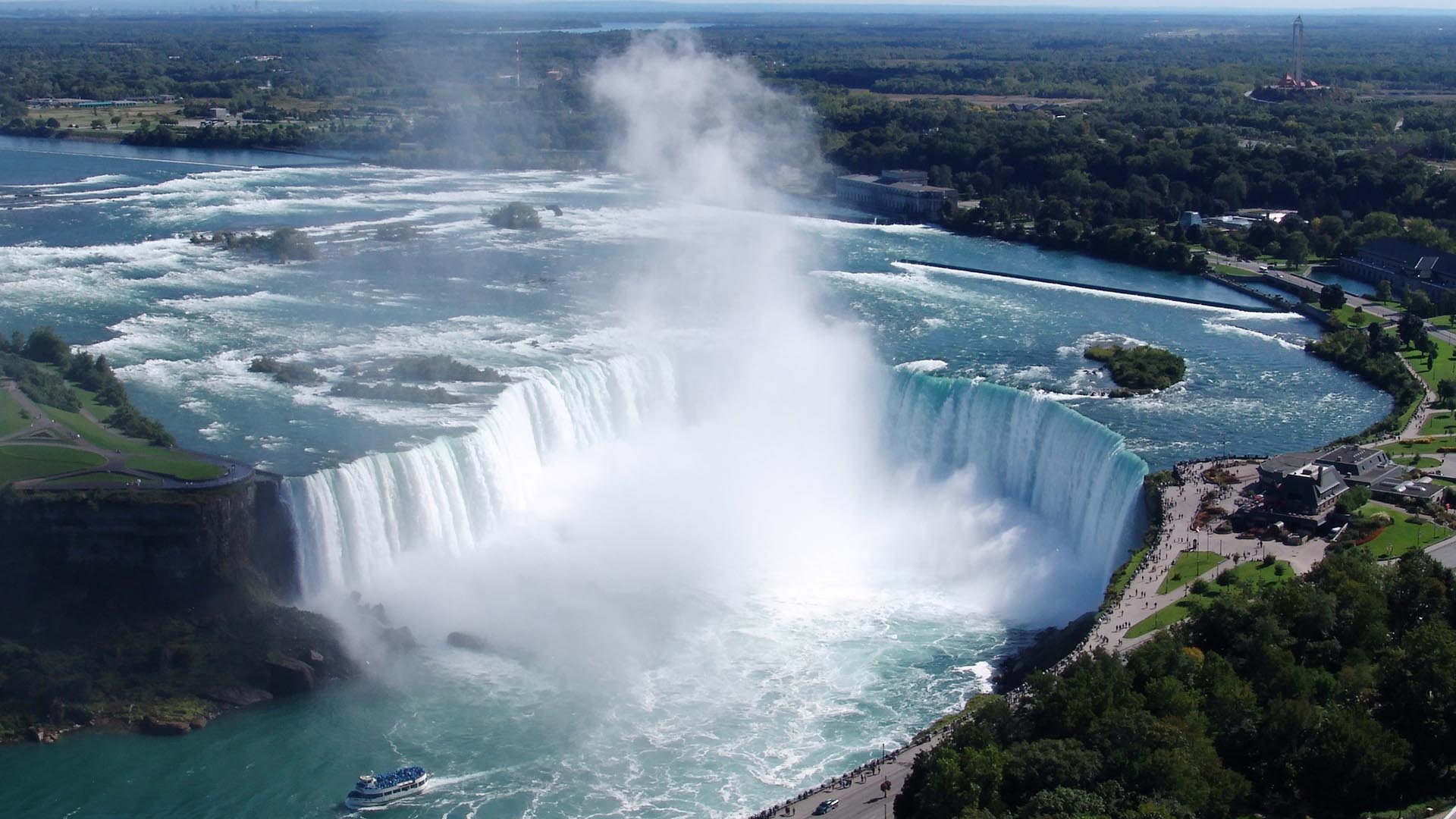 There’s no way one can do a Canada Tour and not visit the Niagara Falls.  From Toronto, the visit can be a day trip made my car, bus or train. If you use public transport, you will have to take a shirt taxi ride to the exact falls location.  Watching Niagra Falls in all their glory has often been described as a once in a lifetime experience. Boat Rides below the Falls, Cave of the Winds and Journey behind the Falls are other attractions that you could partake in but try for early morning or late afternoon timings as things can get crowded. Hungry? For local flavour, get your tuck in at The Blue Line. Known by tourists for its classic Canadian food. The Canadian club sandwich and waffles are highly recommended. Head back to Ottawa by late evening to end your day. 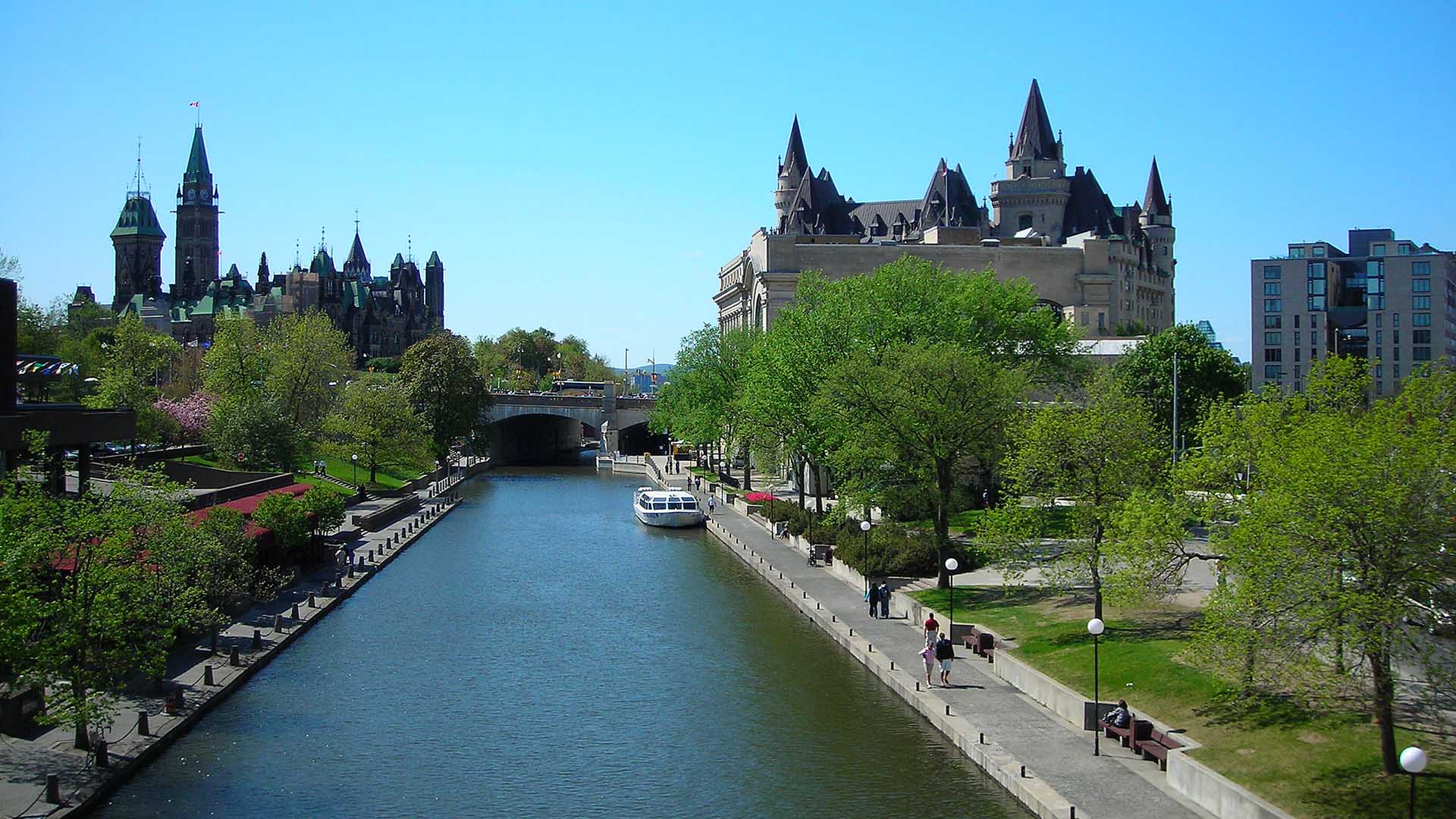 Make your way to the Union Station and board the train to Ottawa. The train ride is around four and a half hours, cutting through Ontario’s forested interior is an attraction by itself. The food served on the journey is high end. Once you reach the capital and settle down, find your way to the Parliament Hill, the seat of Canada’s federal government and the setting for national celebrations the year round. You might even be able to make it for the changing the guard ceremony. Contemplate heading back here in the evening as well, the building lights up with stunning images that are set to light and music. Spend the remainder of the day walking down the Rideau Canal. It’s also a UNESCO World Heritage site and one of the city’s most beloved features. 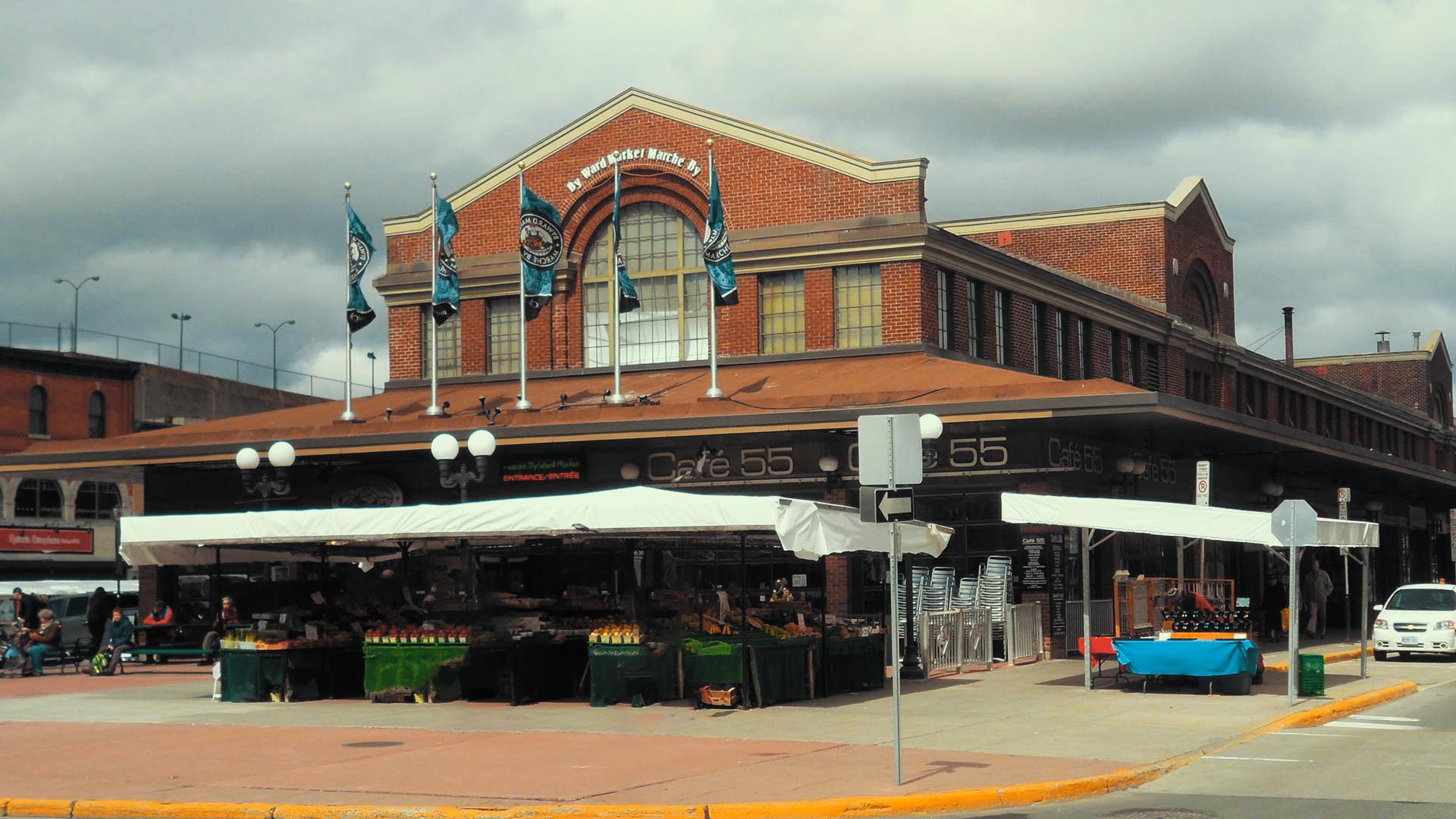 Start your day with brunch at Edgar. It’s a small restaurant with only about a dozen seats, there is waiting time but they make it worth it. With a new menu every weekend. Food served include Dutch baby with apples, aged cheddar, maple syrup and pork belly as well as the poblano stuffed with pulled pork and topped with cheddar and much more. Spend the rest of your day exploring the capital, like visiting the Museum of History, which recites 1,000 years of Canadian history with their large and interesting exhibits. In the evening, stroll along downtown Ottawa at the beloved ByWard Market. Explore the country’s oldest and largest public market, filled with stalls selling food, trinkets, souvenirs and clothes. Everything local, have a bite here and a bite there for dinner.

Start your morning at Ottawa’s Tremblar Road Station, where you board the train to Montréal. It’s two hours long but time will fly when you’re looking out of the window and into large green landscapes. When you do arrive at Montréal’s Central Station, take in the city – it is a hotpot of the French, British and Canadian cultures. Since you haven’t eaten, take a food trail! Montréal’s a real foodie city – it has more restaurants per capita than New York City! There are many available tours online, we recommend the mile end food tour. After, one could walk along Saint-Paul Street. Restaurants, bars, souvenir shops and art galleries along the way, the street stands as an example for classic European atmosphere Montréal is often known for. 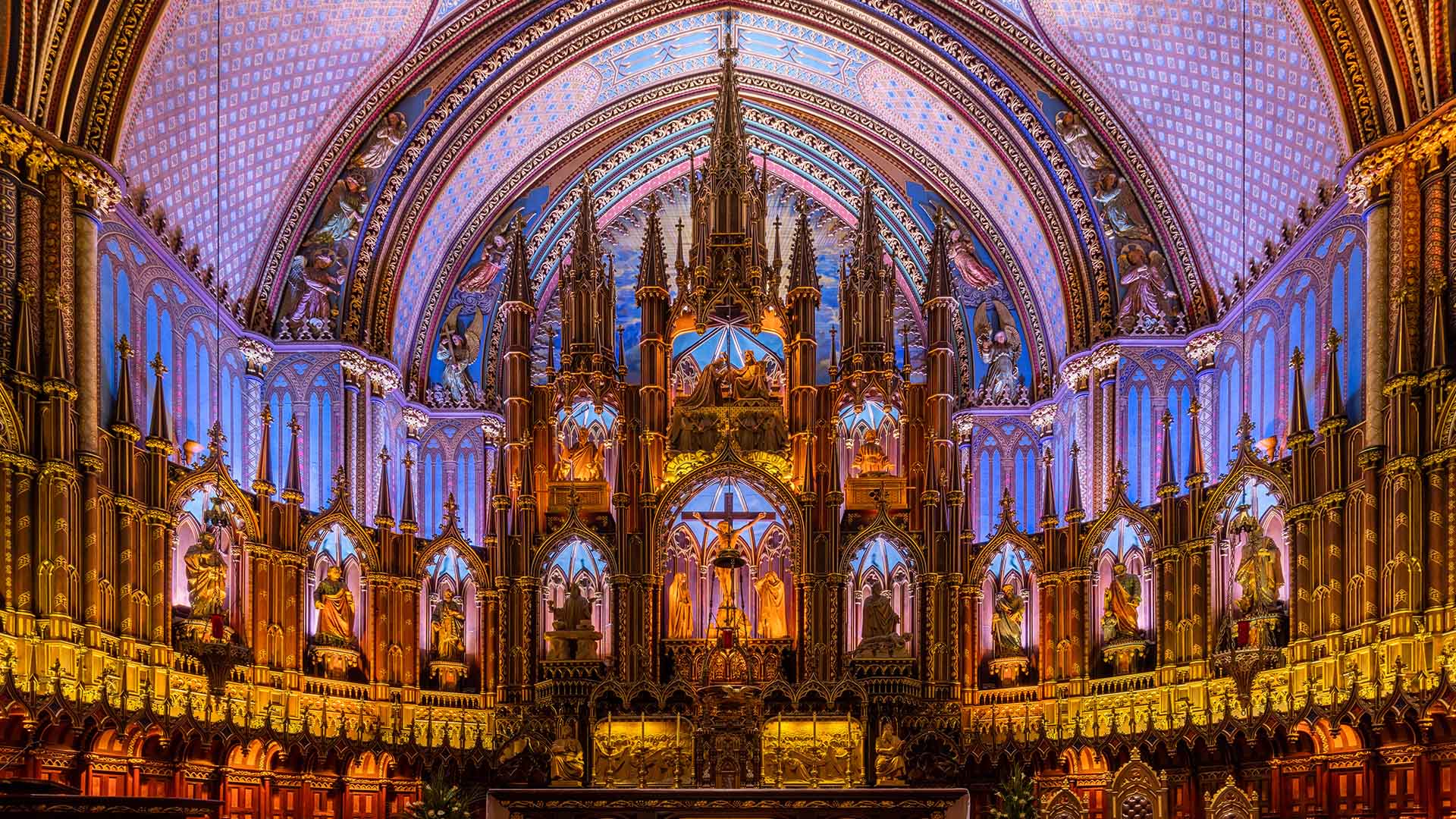 What’s a day that doesn’t start with some good coffee? If cities were people, Montréal would be the caffeine addict, the city is filled with little cafes that give it its hipster charm. Tasty latte, comfy chairs, mellow tunes and warm Canadian sunshine, you will not be disappointed. Spend your last day visiting Notre-Dame Basilica. One doesn’t need to be religious to admire this historic architectural structure, it is first Gothic Revival church in Canada. The large space with its high arches and remarkable alter will leave you in awe. Take out the night flight or the flight early morning the next day

Top 5 experiences to discover in Ubud