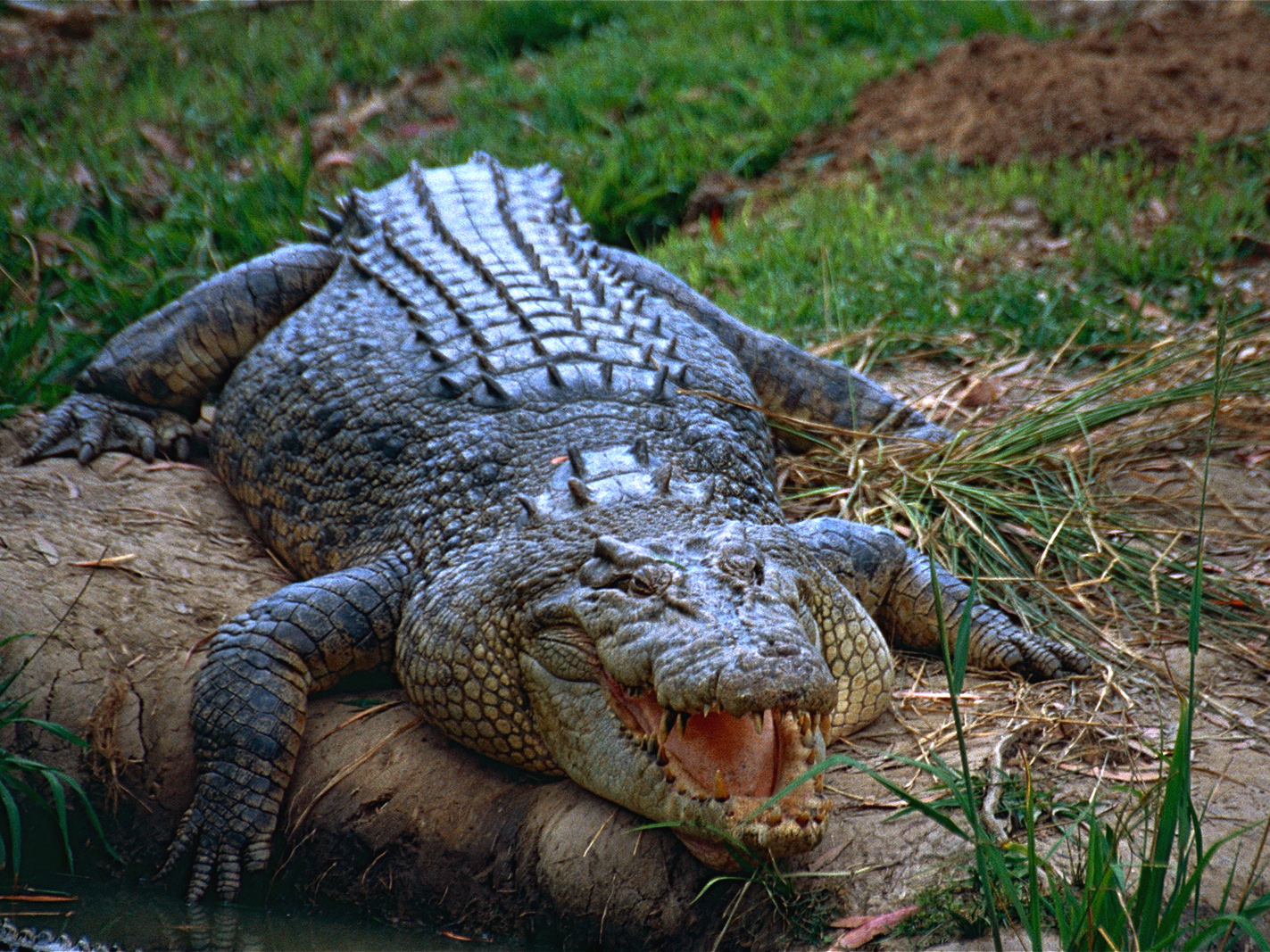 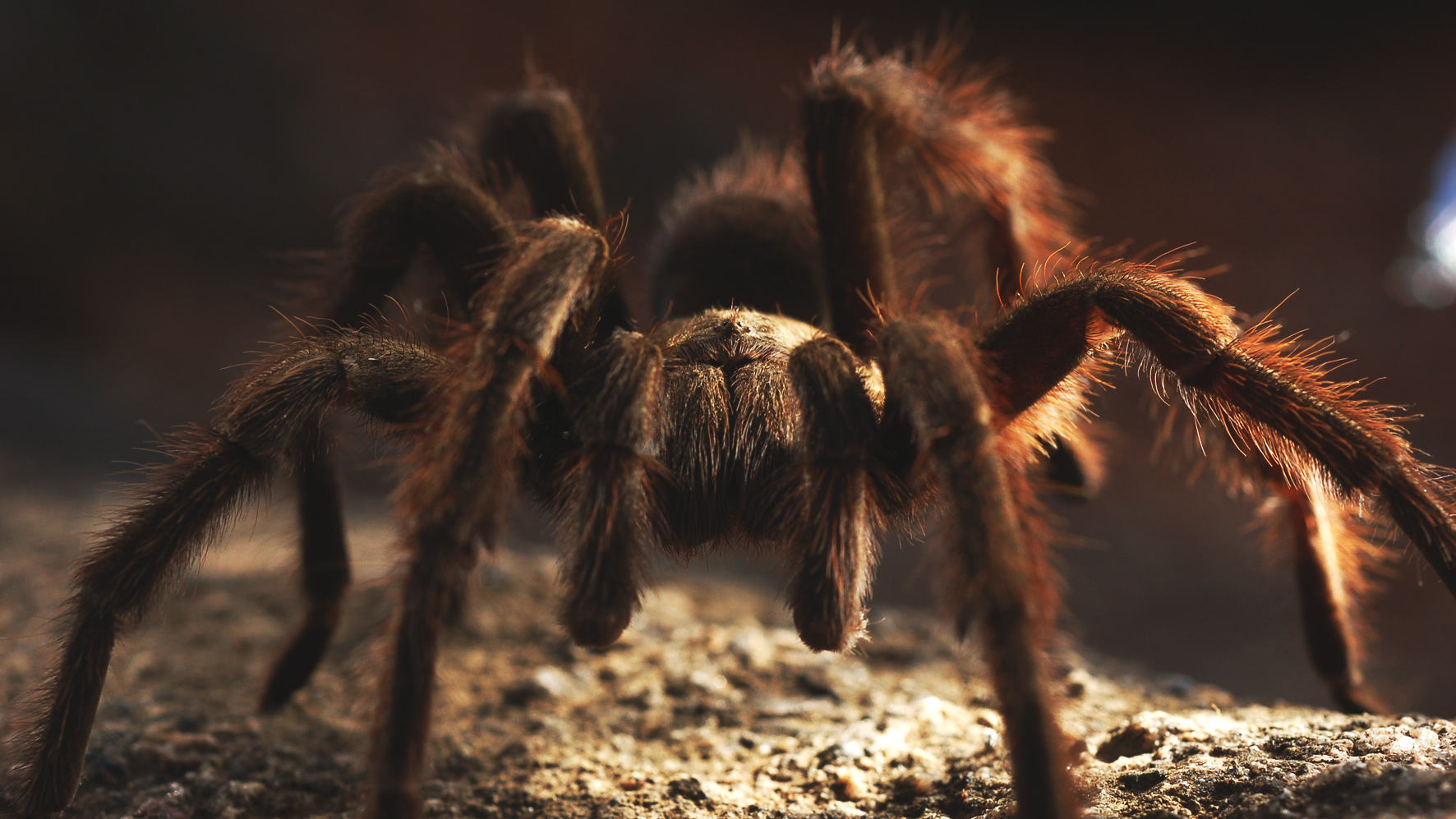 The land down under has an unending list of dangerous animals. It’s not just snakes, crocodiles, sharks or even spiders that you need to be wary of. There are other creatures whose contact can be fatal in spite of their innocuous appearance.

The European Honeybees are responsible for more deaths in Australia than any other animal. And if you thought Australia’s own kangaroos were not vicious, they too can punch and kick you!

We took a full-blown trip to the Outback to find out it’s most dangerous inhabitants – photographing and studying from up close (doing so is NOT recommended at all). Here’s what we found:

Australia abounds in more deadly snakes than any other country in the world. Inland Taipan, a native snake of Australia, is often cited as the world’s most venomous snake. 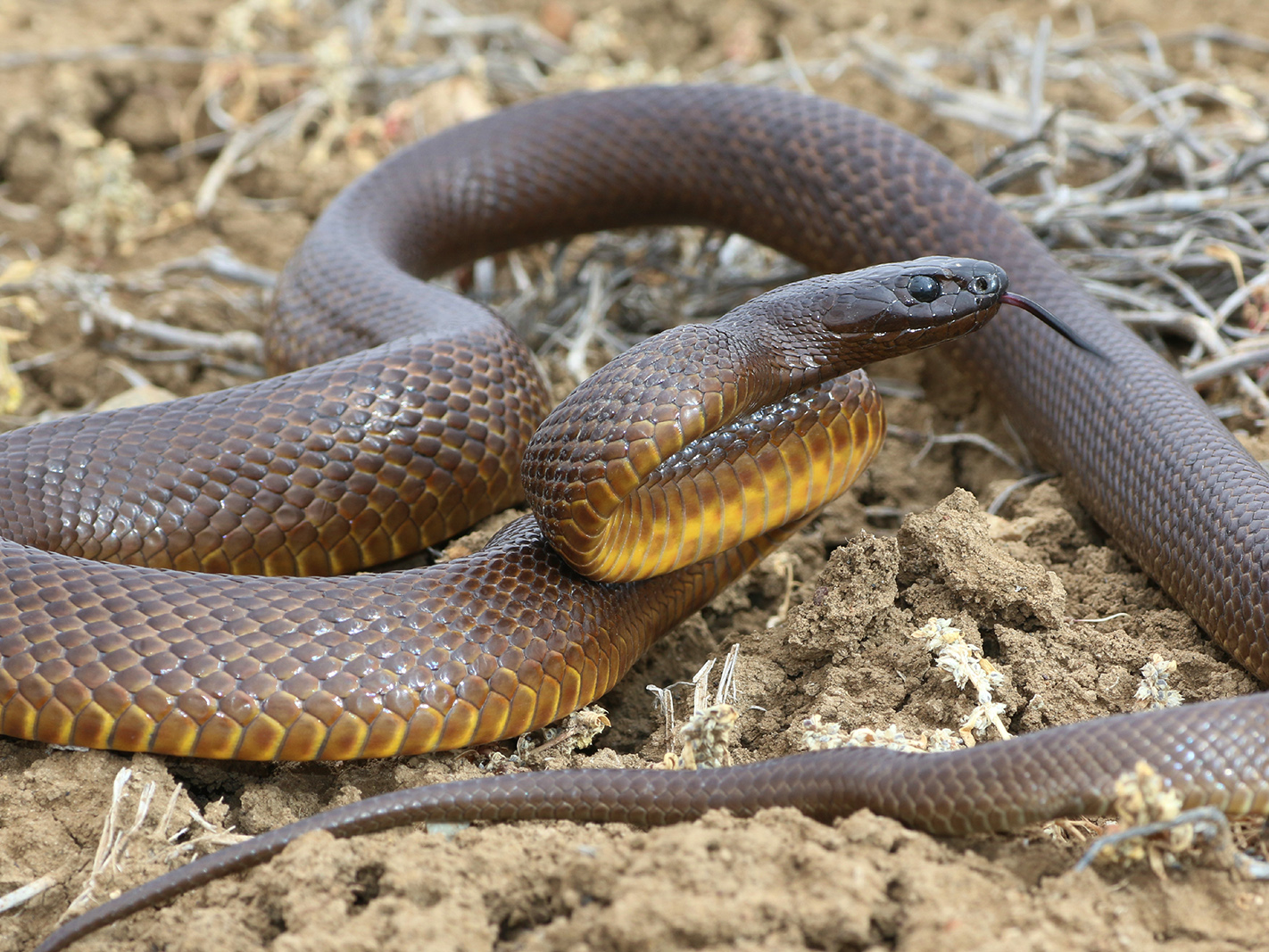 Chances of seeing one is rare as these snakes rarely come out during the day, and are mostly seen in secluded areas. They do not attack unless provoked. They are so highly poisonous that if immediate medical attention is not given when bitten, it can kill you in as little as 30 minutes. There have been very few cases reported in Australia of people being bitten by this snake, and the few reported victims have survived with timely medical treatment.

Eastern brown snakes come only next to the Inland Taipans when it comes to how venomous they are. However,they are more common than the Taipans, and are mostly found in populated areas. 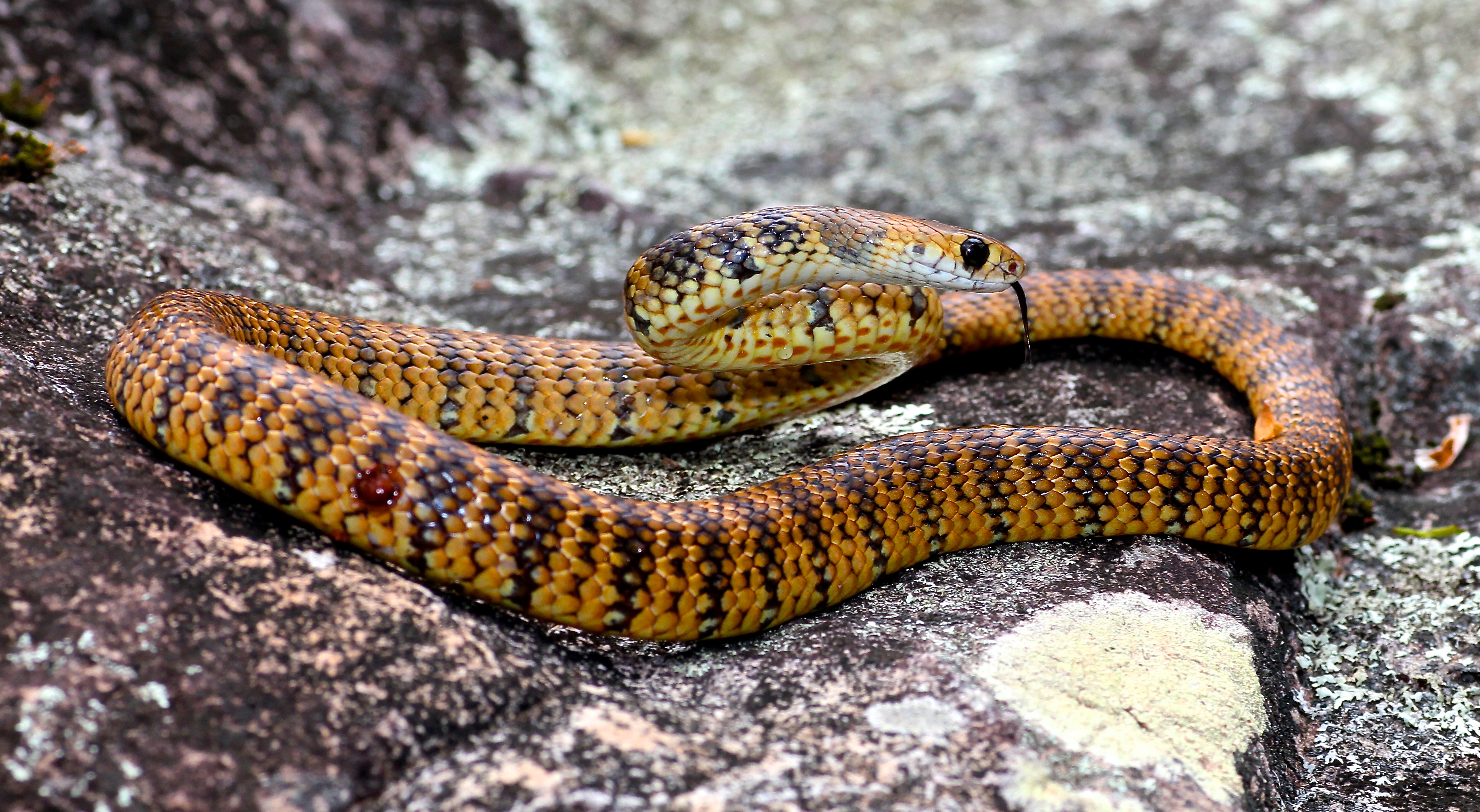 From New South Wales to Victoria and Queensland, you find them almost everywhere in Australia. If you look at the statistics, out of the 35 recorded snake deaths between 2000 and 2016, 23 were caused by the brown snakes. 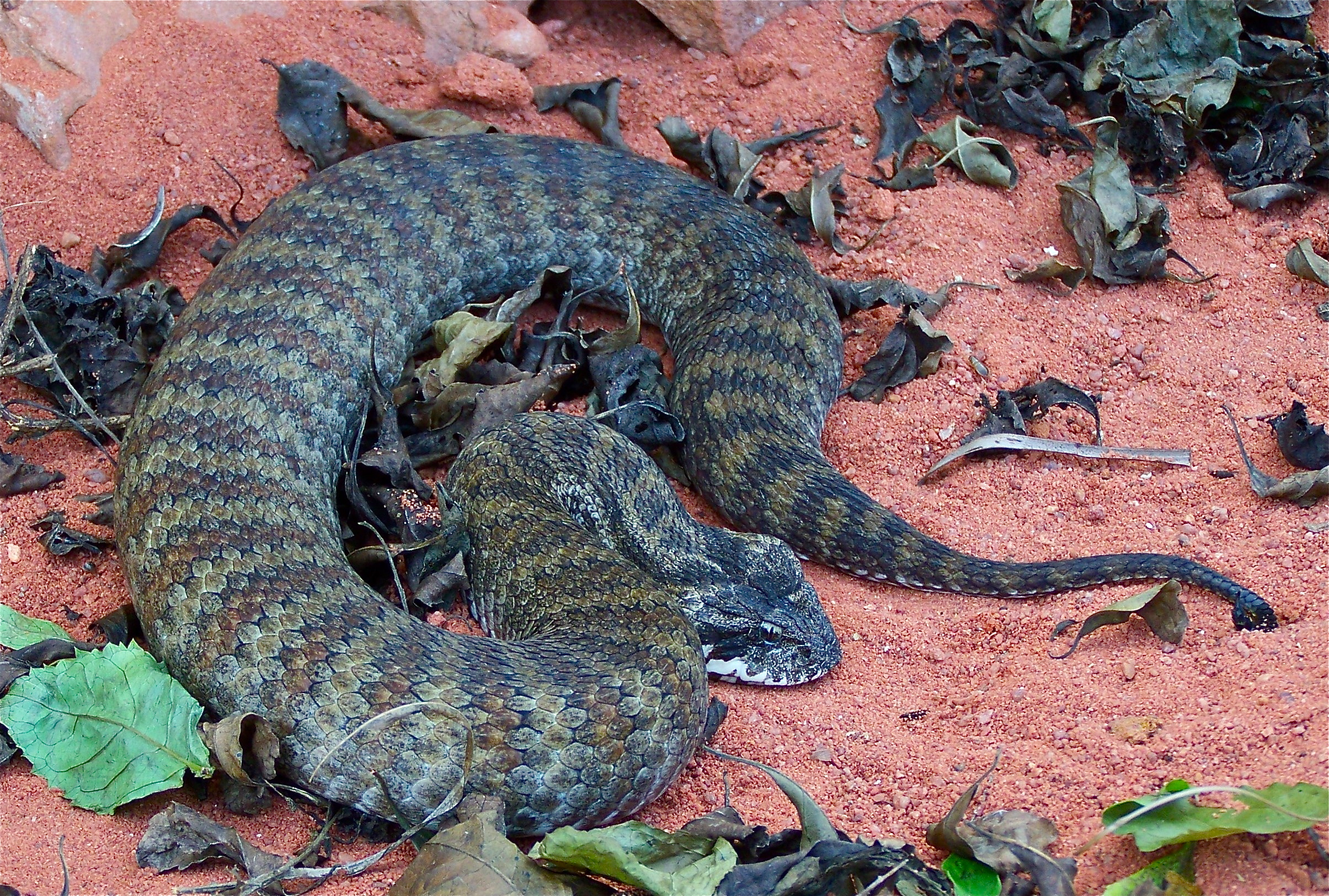 The Death Adder, a native of Australia, is considered one of the most venomous land snakes in Australia. There are many more to add. But don’t be too scared. Just be careful and not step on a snake while you walk;these snakes do not attack unless they are provoked.

There is a variety of deadly spiders too! The Sydney funnel-web spider, native to eastern Australia, and found within a 100 km radius of Sydney, is the most venomous spider in Australia. The venom is twice as strong as cyanide; thankfully, anti-venom is available. 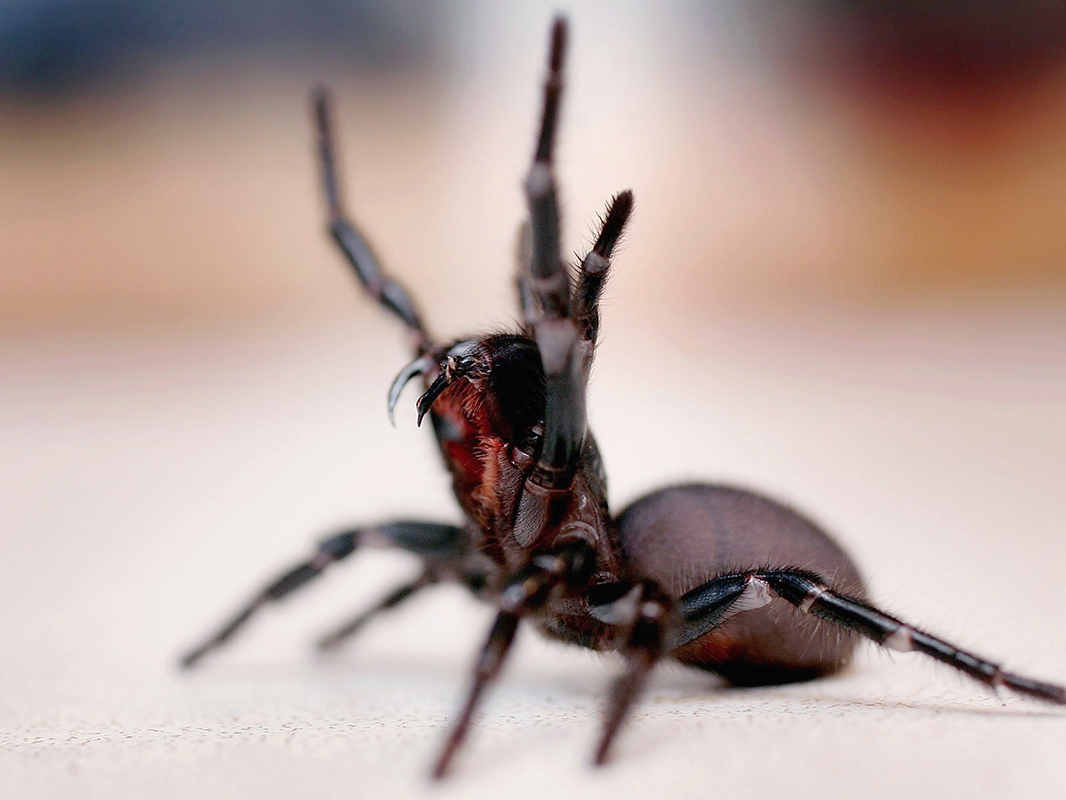 You also have the Red-back Spider which is located throughout Australia. Its bite can cause muscle-rigidity and twitching, vomiting, breathing problems, rapid heart rate, hypertension, weakness, and sweating. The venom may also cause death unless it is quickly treated with anti venom. 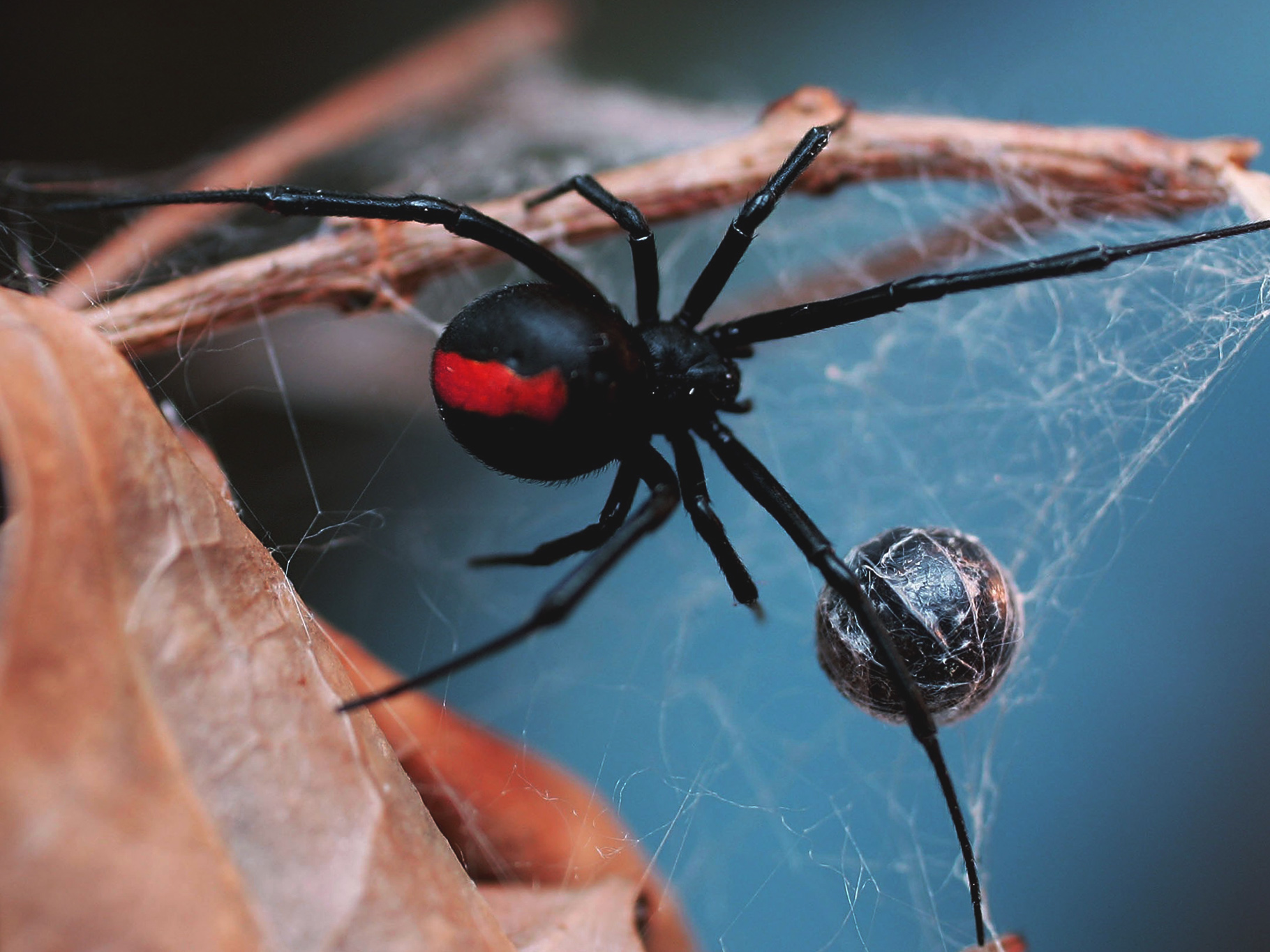 Australia’s saltwater crocodile or the Salty with its huge size and sharp pointed teeth can really frighten you. This northern Australia native is one of the world’s largest living reptile species. They can grow up to a length of 6m long and a weight of even more than 1000kg. They have around 40-60 large teeth that can grab, pull and tear the flesh of their prey and they swallow food as a whole. They are strictly carnivorous and eat anything from small reptiles to large mammals.

Although humans are not a part of their diet, if they see you across the water fringes, they can attack you. But don’t worry; there have been very few reported cases of people being attacked by this giant creature. According to reports, from 2005 to 2014, only about 14 people have died from crocodile attacks.

Despite what we hear, shark attacks are not common in Australia. They do not attack humans without warning. Most reported attacks are on surfers, whom they mistake for seals. On an average, three people die from shark attacks in a year. 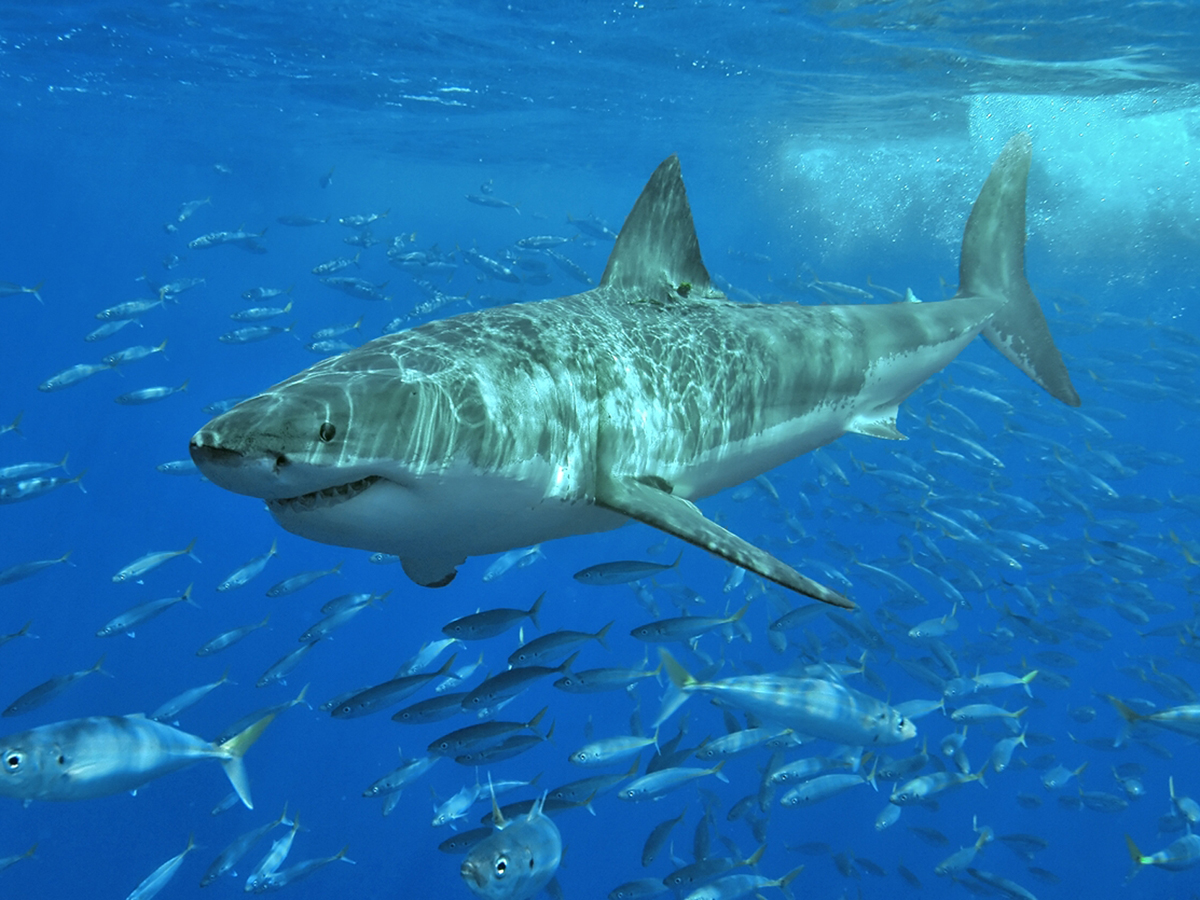 The Great white sharks, with sharp pointed teeth, can grow up to even six metres in length, and weigh up to 3,000 kg. They are found along the coast of Australia. They eat other marine animals, and yes, the humans too. They are responsible for the largest number of shark attacks on humans; fatal and unprovoked attacks. Bull Sharks and Tiger Sharks are the other deadly sharks of Australia.

The stonefish is one of the most venomous fish ever known. Two species of stonefishes can be seen in Australia: the Reef Stonefish and the Estuary Stonefish. From the Great Barrier Reef, Queensland, to far northern New South Wales, you can see them in plenty. 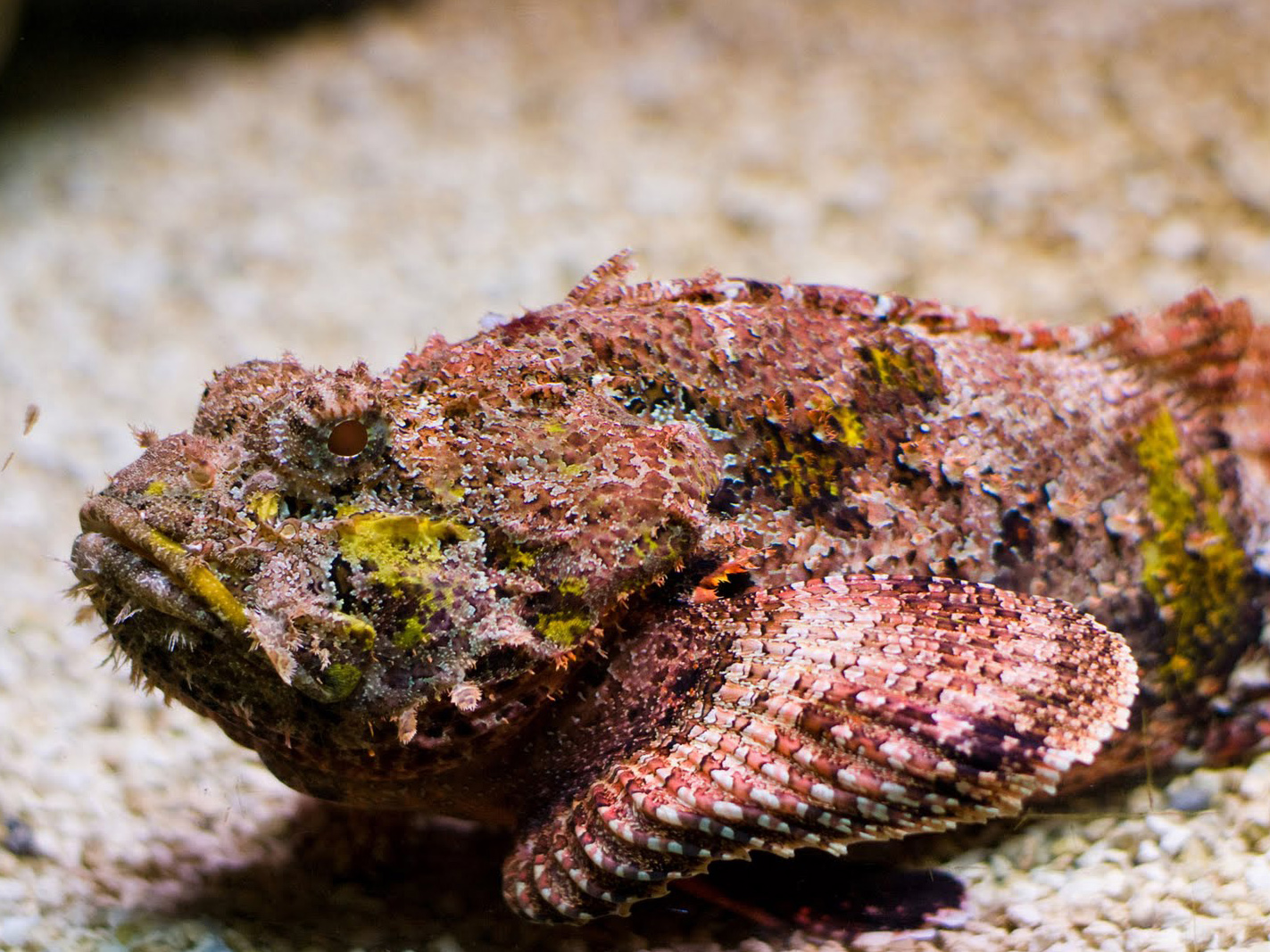 The Reef Stonefish has highly toxic venom. You can be killed in an hour if not given medical aid immediately. Their sting causes unbearable pain. Since they have brown or grey skin with red and yellow patches, they blend well with the surroundings, and may look like a coral reef or an ordinary stone. They also have the capacity to stay out of water for nearly 24 hours. So chances are that you may step on the creature thinking they are stones or corals and get stung. Be careful while walking through the beaches where they are known to be present. Stonefish anti-venom is the second-most administered anti-venom in Australia.] 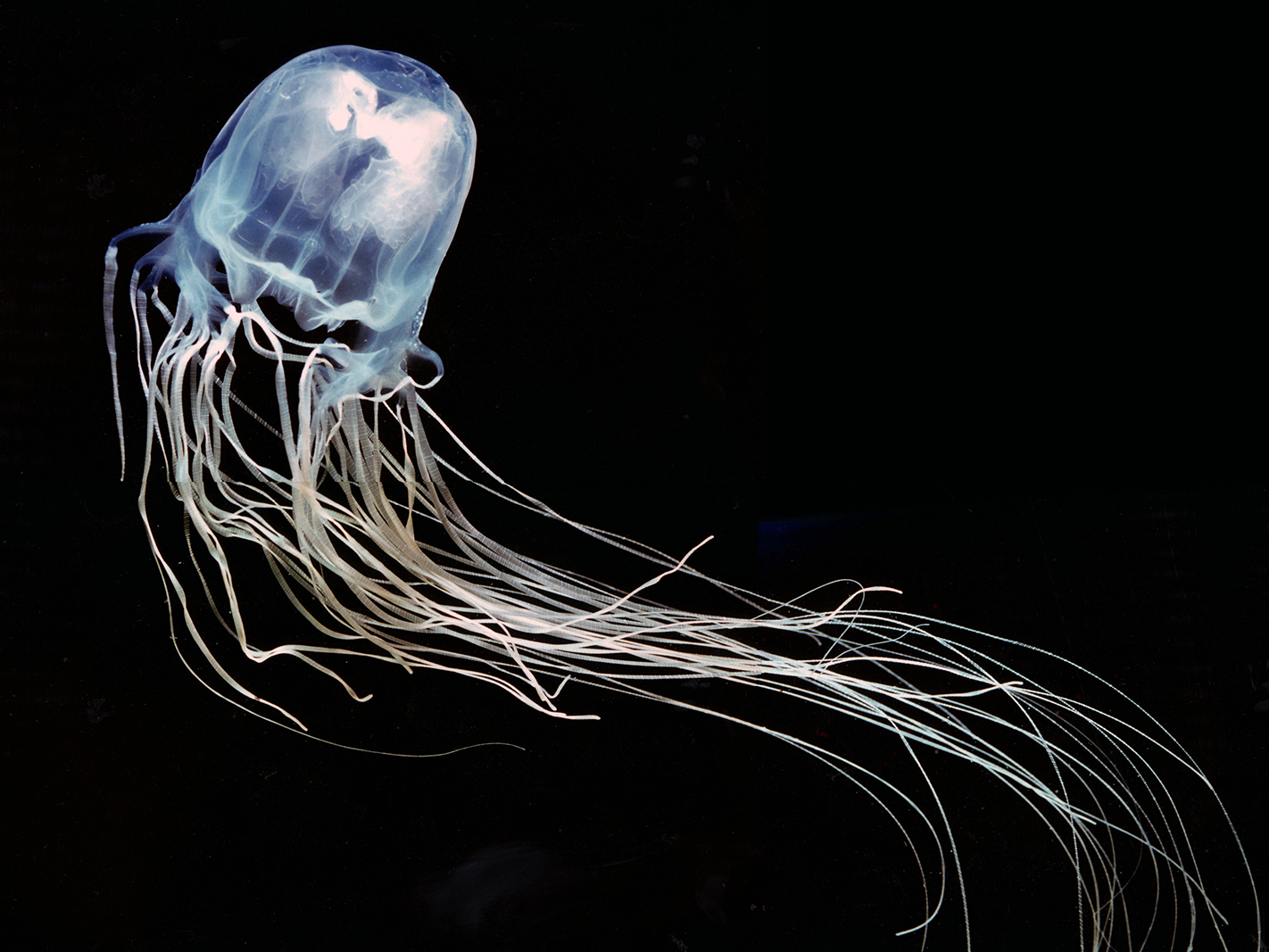 Box Jelly Fish is infamous for its venom that can kill people instantaneously. Chironexfleckeri, a box jellyfish also known as a sea wasp, is present throughout the coastal waters of Australia. The sting of this animal causes hypotension, pain, necrosis, cardiovascular collapse, and even cardiac arrest. Chironexfleckeri is dangerous because victims die in minutes after being stung.

Due to their transparent, water-like, colour, and their small size, you cannot even see the Irukandji jellyfish floating in the water. They are one of the smallest and the most venomous jellyfish in the world and inhabit the marine waters of Australia.  Their sting could look like a heat rash at first. The serious symptoms appear after a while, whereupon it may be too late.

Blue-ringed Octopuses are thought of as one of the most dangerous animals in the sea. They can be seen along the south coast of Australia. 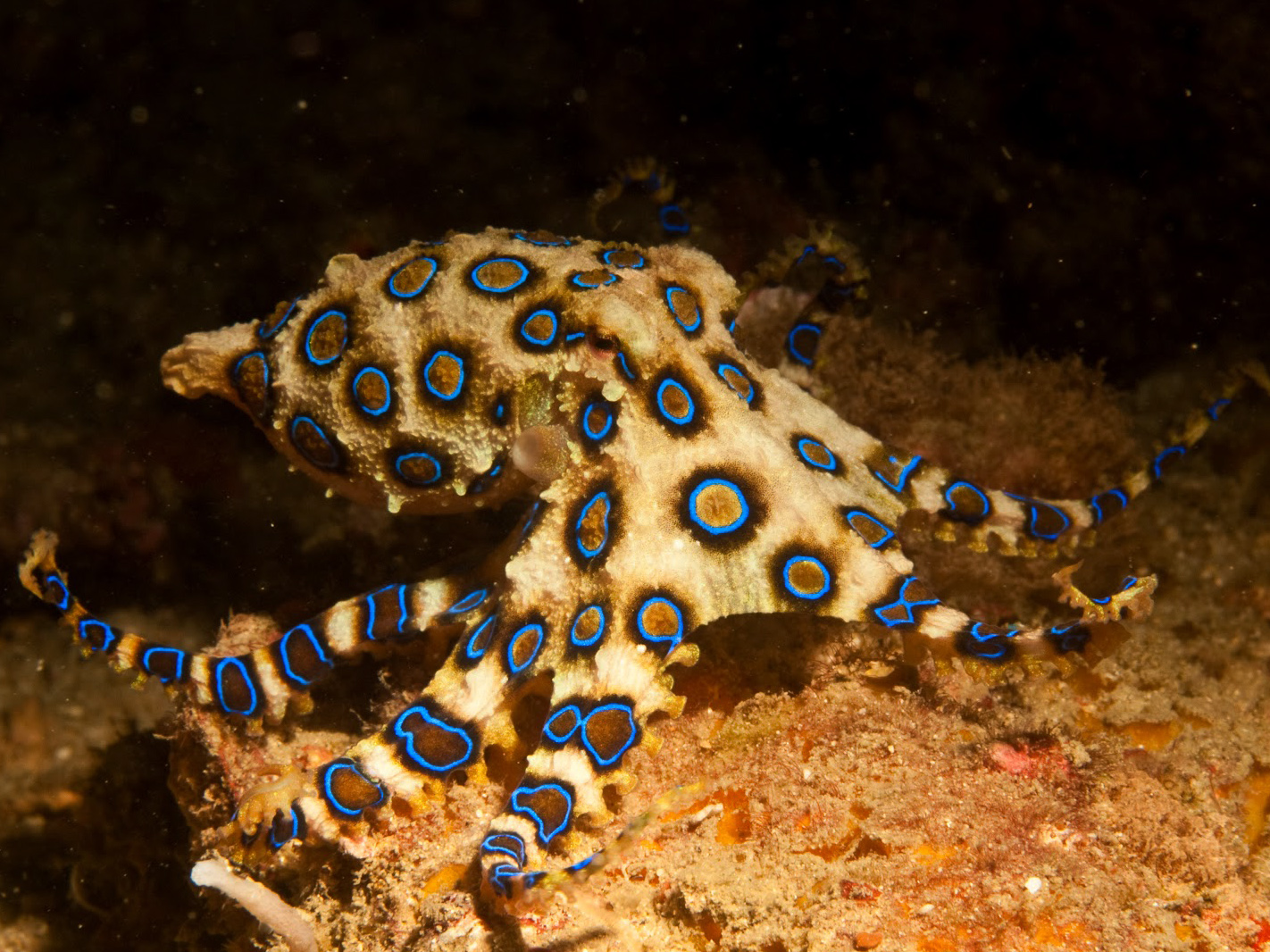 They are normally a docile species, usually avoid people, and bite only when provoked. Their saliva can cause paralysis and respiratory failure in humans. Immediate medical attention is advised in case of suspected bites.

Home of the deadly creatures, indeed, but Australia has more to tempt you than scare you. Go for it!