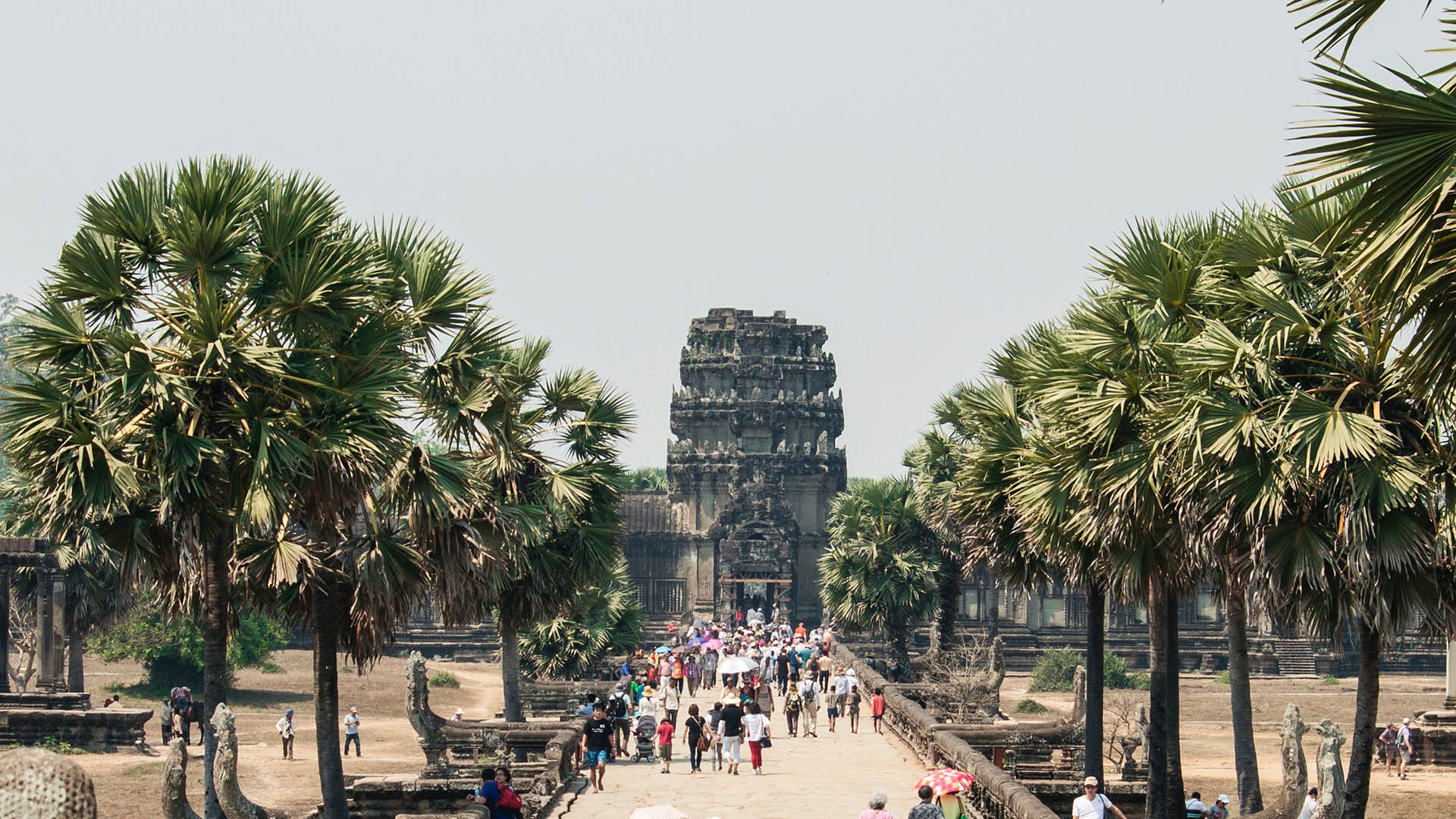 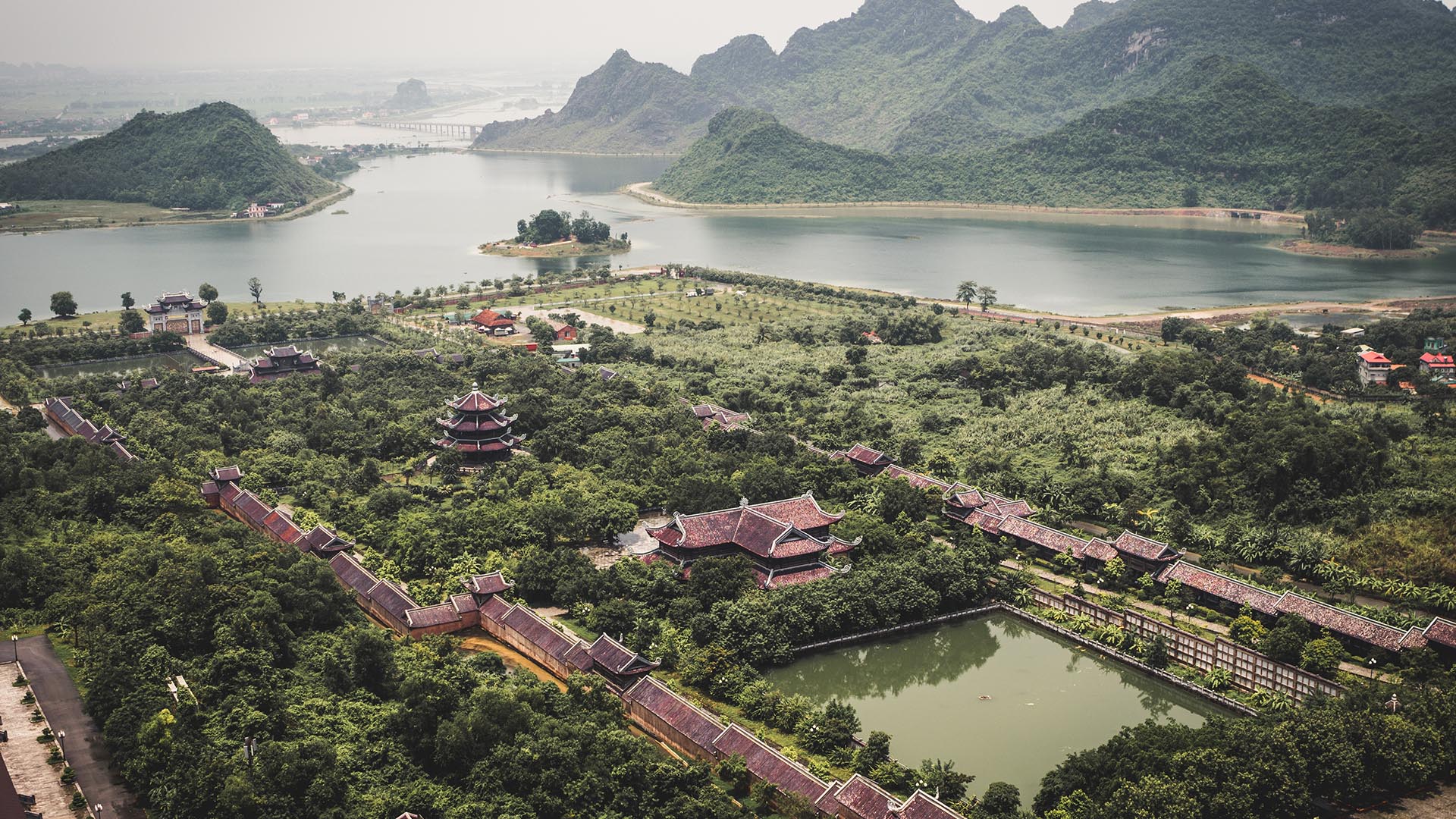 What can’t be denied is anyone touching down on Vietnam and Cambodia is most certainly going to visit many a beauties at some point or another. If you get to the depth of these countries, beyond the usual touristy places, you’ll stumble across a different side to South East Asia. These countries have a great deal more to offer than its headline sights. Here are a few of the Vietnamese and Cambodian gems that many are yet to trace out. 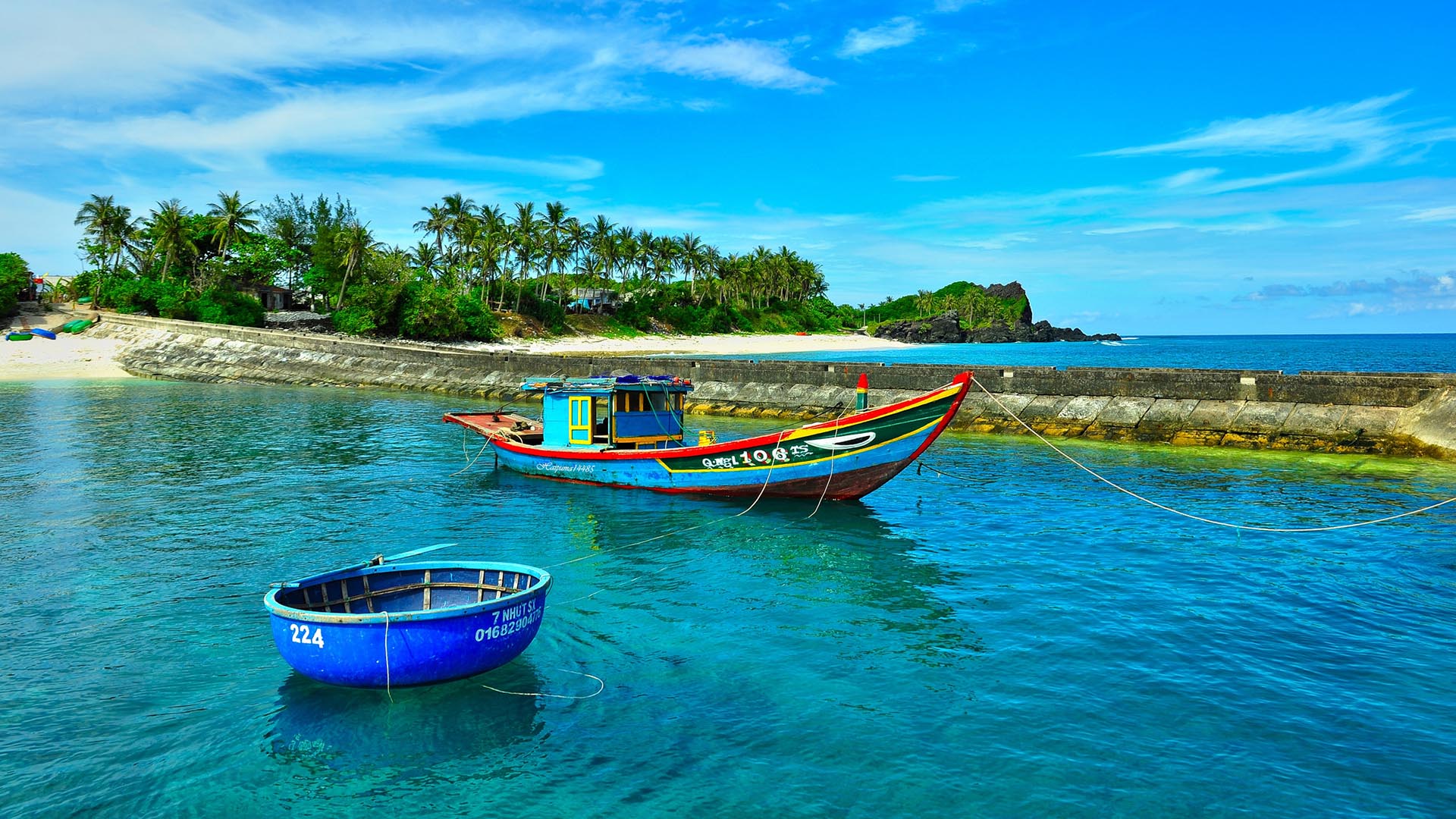 Some 15 nautical miles from Sa Ky Port to the North, Ly Son Island in Quang Ngai Province is known as the “natural pearl island” for its charming and spectacular white sand and blue sea. With the ideal geography and landscape, it is no doubt to say that Ly Son Island is the Jeju island of Vietnam.

Arriving on the island, visitors find themselves lost in a dreamlike world of spectacular landscapes, including Mui Mu Cu, Gieng Tien volcanic mouth, To Vo gate, Ngu Linh inactive volcano, and well-preserved temples and pagodas. The Island is quite simply like heaven on a blue ocean for backpackers with its crystal clear waters full of reef wildlife, white sandy beaches, plush green garlic fields and spectacular volcano scenery. The clear blue sea and vast garlic farm create the giant watercolor painting. The Island is also famous for Thoi Loi mountain peak, from which visitors can see a panorama of the brilliant beauty of the island, with blue sea and skies, green fields of garlic, and dark brown architecture. Besides, the cuisine fanciers will feel favourable to indulge their palate with the extremely tasteful seafood here.

Dong Thap- the land of lotus 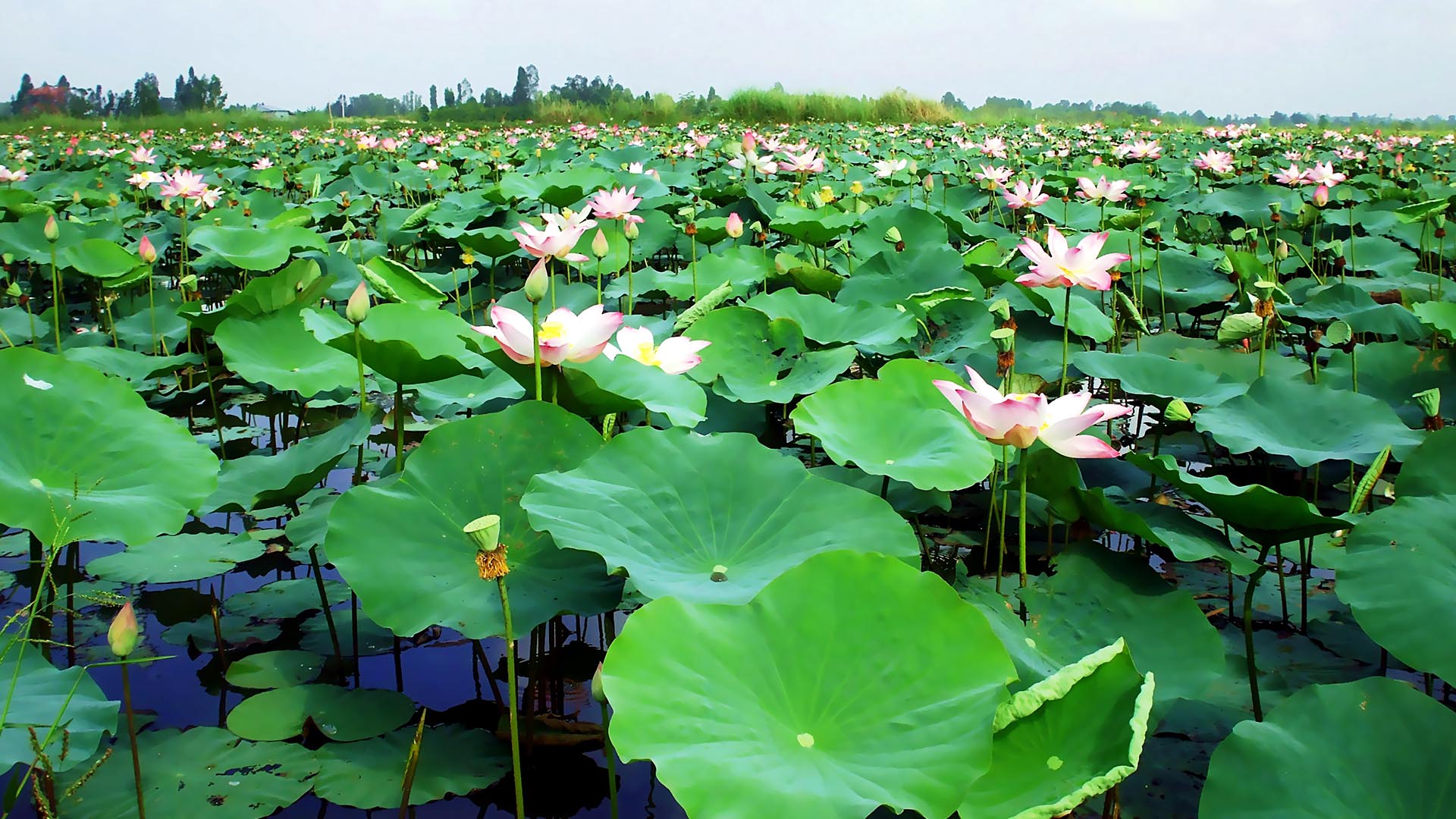 A lotus pond in Dong Thap

Dong Thap is a province in the Mekong Delta, the southern region in Vietnam, 165km southwest of Ho Chi Minh City, bordered by Pray Veng Province (Cambodia). This bewitching beauty is also the land of lotus. This remote Mekong Delta destination is at its tranquil best with the traditional stilted houses, intricate canal system, lotus ponds, flower gardens, and lush orchards.

Enjoy the peace and pleasure of the land visiting the Eco-tourism Park, where one can take dinghy rides through canals, cycle in fresh melaleuca forests, rest in leaf huts or sample specialities in flooding season. The Tram Chim National Park enchants visitors with its various colours and dances of nature as soon as the level of water rises .It is in the floating seasons that large fields of lotus pride their beauty with its pink flowers. It is also the home to as many as 200 kinds of birds, which hold one forth of bird populations in Vietnam.

Xeo Quyt was the premier military base in Vitanamese war and today, you can see the bunkers and tunnels there. The heritage site gives people a glimpse of the miserable but proud Vietnamese wartime remains. 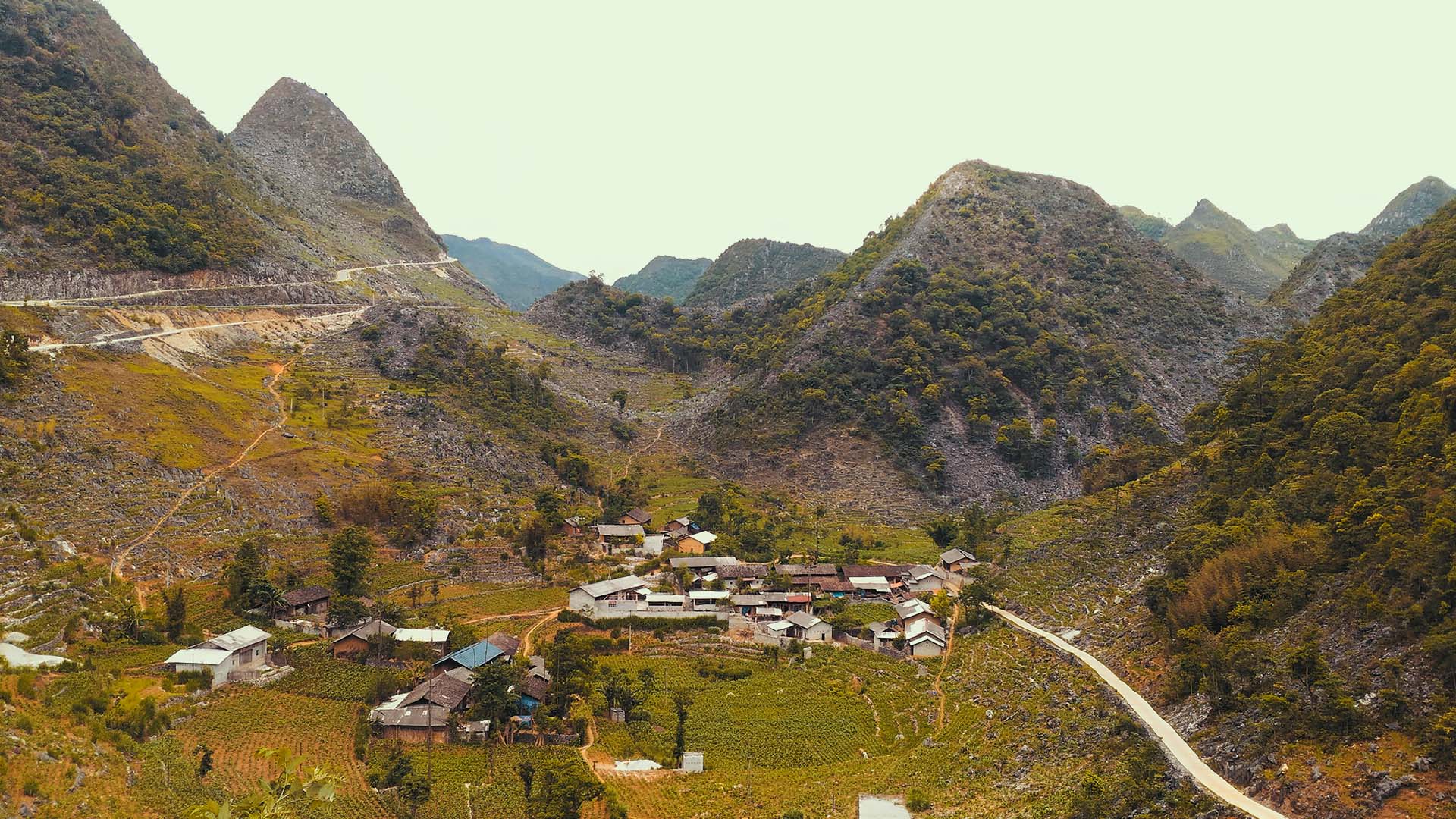 Located over 1,000 meters above sea level, Dong Van Karst Plateau consists of narrow valleys alternating with rocky mountain ranges in the north of Vietnam. Journey to Dong Van Karst Plateau Geopark is amazing with paths winding across mountains, pristine landscape and traditional life of the indigenous people. The scenic travel through 4C Highway is also as rewarding as entering the Quan Ba District. Dong Van karst plateau Geopark consists of four districts, namely, Meo Vac, Dong Van, Yen Minh, Quan Ba. It is one of the special limestone mountains, including the marks of the history of the earth’s crust process and tradition of indigenous communities. Dong Van consists of 80% limestone, and is one of the most well-known karst formations in Vietnam with its towering and breathtaking boulders. Here, the whole scene is rocks with various shapes such as petals, flowers, flower branch or the shape of tiger. Van Chai rock garden has green grass that creates the majestic and grandeur beauty for landscape. This striking landscape contains both geological and archaeological wonders. Lung Khuy cave in Quan Ba district is home to a large number of stalactites of strange shapes, which were formed millions of years ago. Together with the lighting system, and sound from mountain creeks, the beauty inside the cave make tourists feel like they are straying into a fanciful world or a mysterious paradise of stalactites and stones. 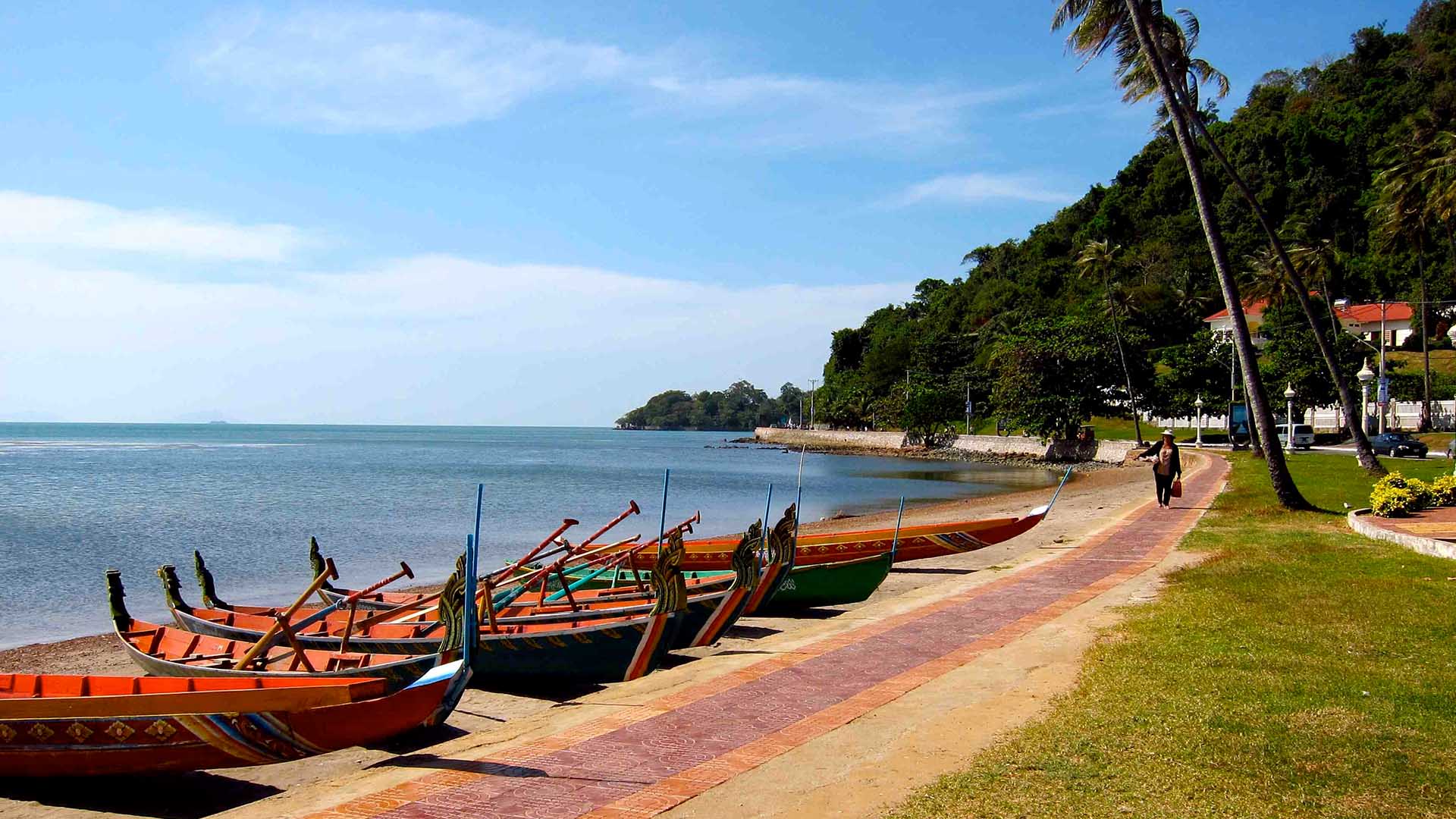 Kep is a small but cute Cambodian coastal town with a long history. A nice place to spend a few days relaxing on quiet beaches, exploring the seafood varieties and enjoying a cold beer alongside a fiery sunset – this is what Kep has in store. And a whole lot more. A former bustling beach resort, well-loved by the French during the colonial era, kep has come a long way to promulgate its lost splendour. Take a dip in the ocean and catch some rays as you unwind in a peaceful atmosphere, you’ll quickly fall under Kep’s sleepy spell. What’s more, Kep offers great delights and magnificent views of the mountains and the beaches. Rabbit Island, just a 20-minute boat ride from Kep is the place of tranquillity and serenity; hop in a hammock and relish the beachside bliss. With no electricity and no Wi-Fi, the Island is also the time to relish being off-grid.

A fairly small national park, Kep National Park is just a short drive from the town centre is a place to enjoy hiking, photography, and nature spotting. The lush jungle is home to a diverse array of birds and insects, as well as lizards, monkeys and butterflies. 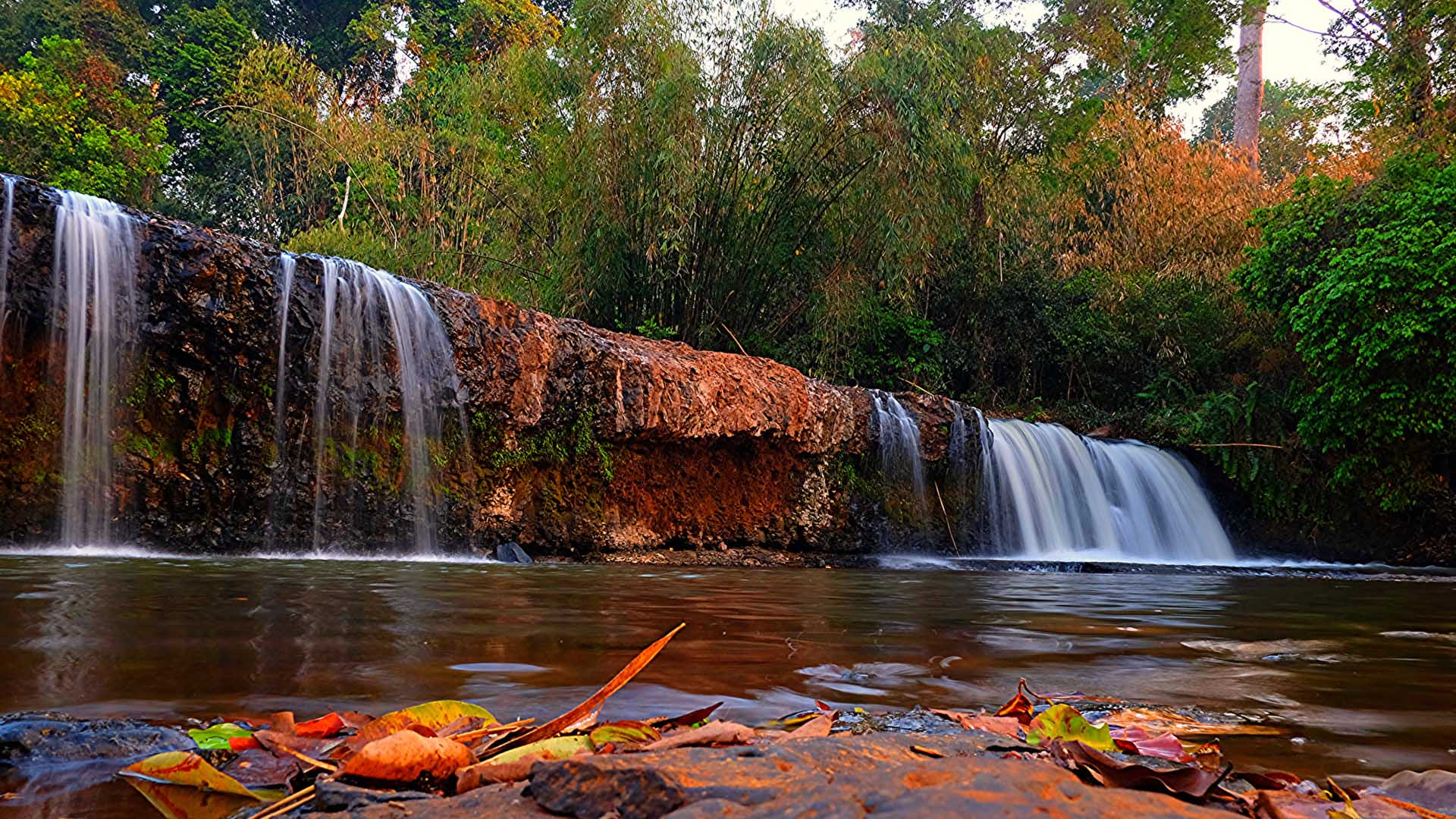 Hidden away in the remote Ratanakiri province in north east Cambodia is the small yet active town of Banlung. The primary attraction around town is Yak Lom Lake, a volcanic crater filled with freshwater and surrounded by an easily navigated trail that can be walked in less than an hour. It is ideal for bird watching and enjoying the scenic view of the surrounding area.

There are many waterfalls in the area, but the Ka Tieng Waterfall makes an ideal case for swimming or just relaxing beneath the giant bamboo groves that shade the vast natural swimming pool.

Take a motorbike, take the bumpy hour’s ride up to the Tonle San river, it’s stunning. Or just eat up the dirt roads to visit the neighbouring towns and villages and there are mountains not too far away for some great scenery.

You can also choose from the various tours available and experience something new each day. You get to hike through the dense jungle and enjoy the flora and fauna while also taking photos of them. Besides, you also get to camp out for the night at the forest and also near the indigenous community’s village. 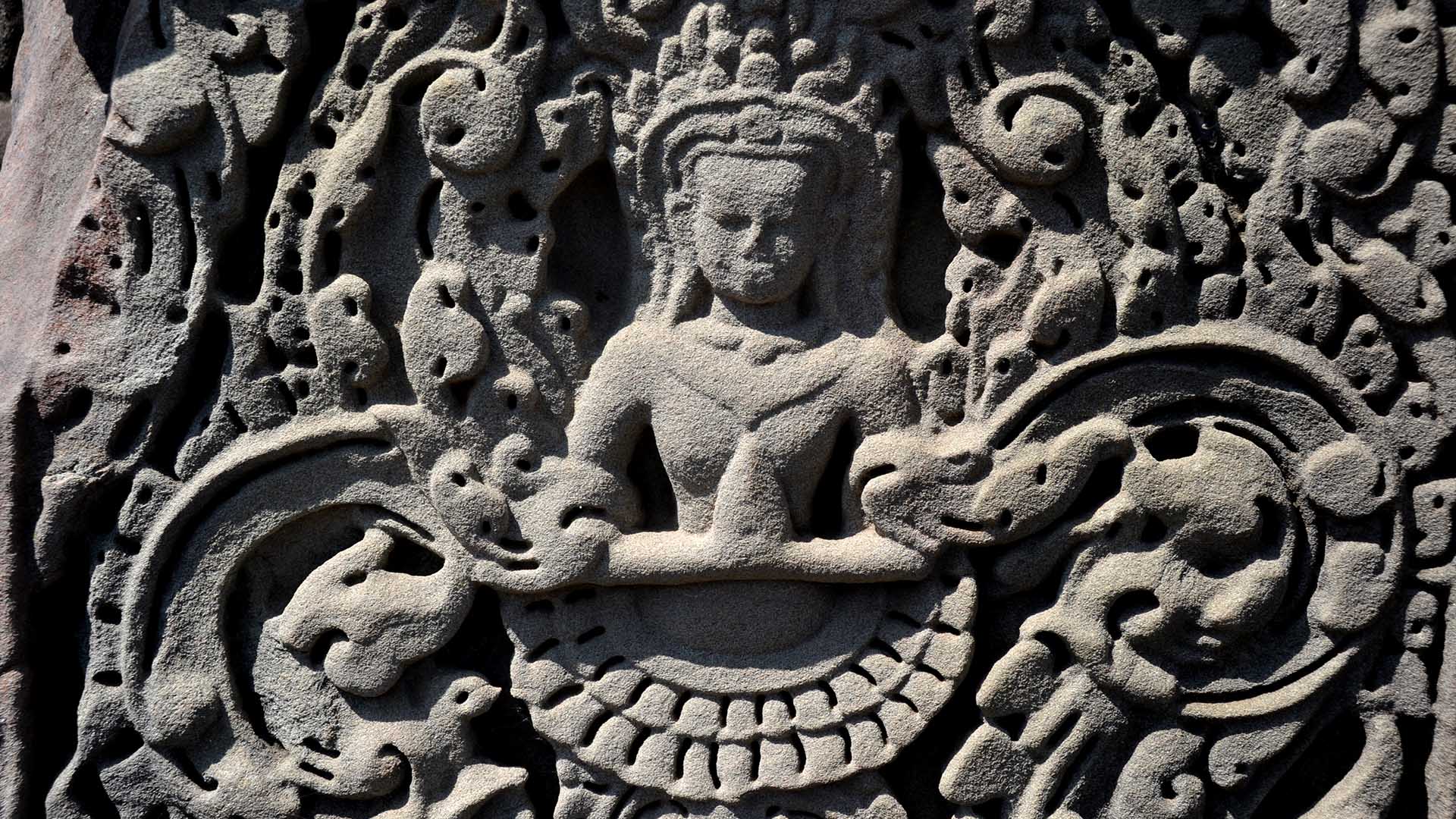 If you’ve heard of one Cambodian temple, it’s probably Angkor Wat. But you don’t realize the Seventh Wonder of the World is one of thousands of ancient Khmer temples dotting the Cambodian countryside. Hidden beneath a canopy of trees in the north-western jungles of Cambodia lies a lesser known beauty called Banteay Chhmar, which roughly translates to “Citadel of Cats.”

Two hours away from Siem Reap, this huge hidden temple complex has managed to remain one of Cambodia’s well-kept secrets, which means you can explore its vast moat and towers all by yourself. Banteay Chhmar is the 4th largest Angkorian temple in Cambodia and it boasts gallery walls carved with bas-reliefs and face towers similar to those the Angkor complex.

Looking around, it seems nature is winning the fight. The roots of massive trees grip still-standing walls, as if melding into one structure. Vines infiltrate nooks and crannies, devouring fallen stones etched with ancient carvings. But the most remarkable thing about Banteay Chhmar might be the near-perfect silence, broken only by the distant purr of motorbikes, the drone of insects and the call of songbirds.