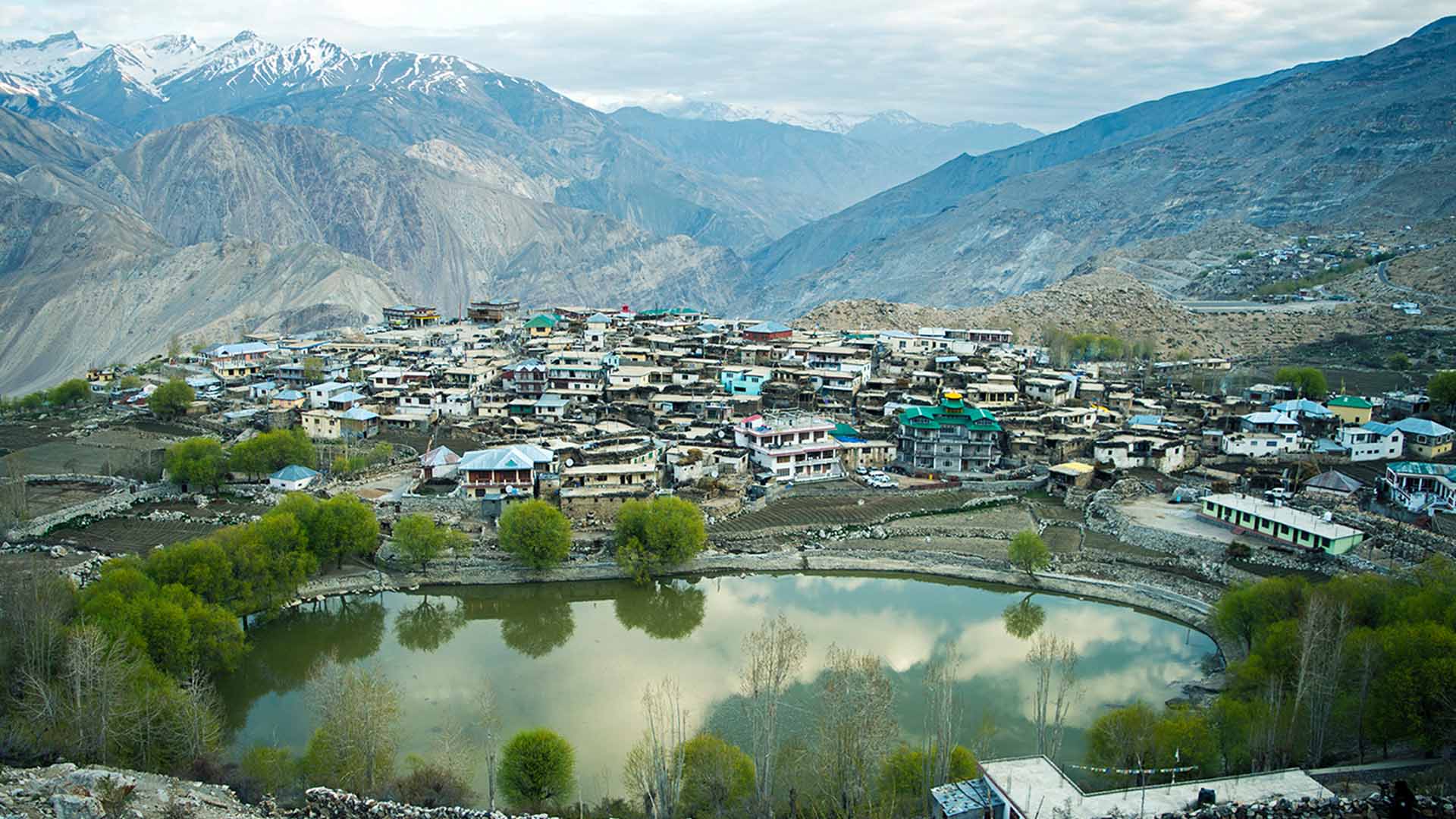 Also known as “the land of fairy tales,” the district of Kinnaur is one of the top offbeat places in Himachal. With the perfect composition of elevation, climate and topography, Kinnaur hosts some of the most beautiful places of Himachal Pradesh. Sharing its borders with Tibet, it reflects the influence of both Indian as well as Tibetan culture in its realms. Three wild life sanctuaries are also a part of the district due to their ecological and geomorphological reasons. 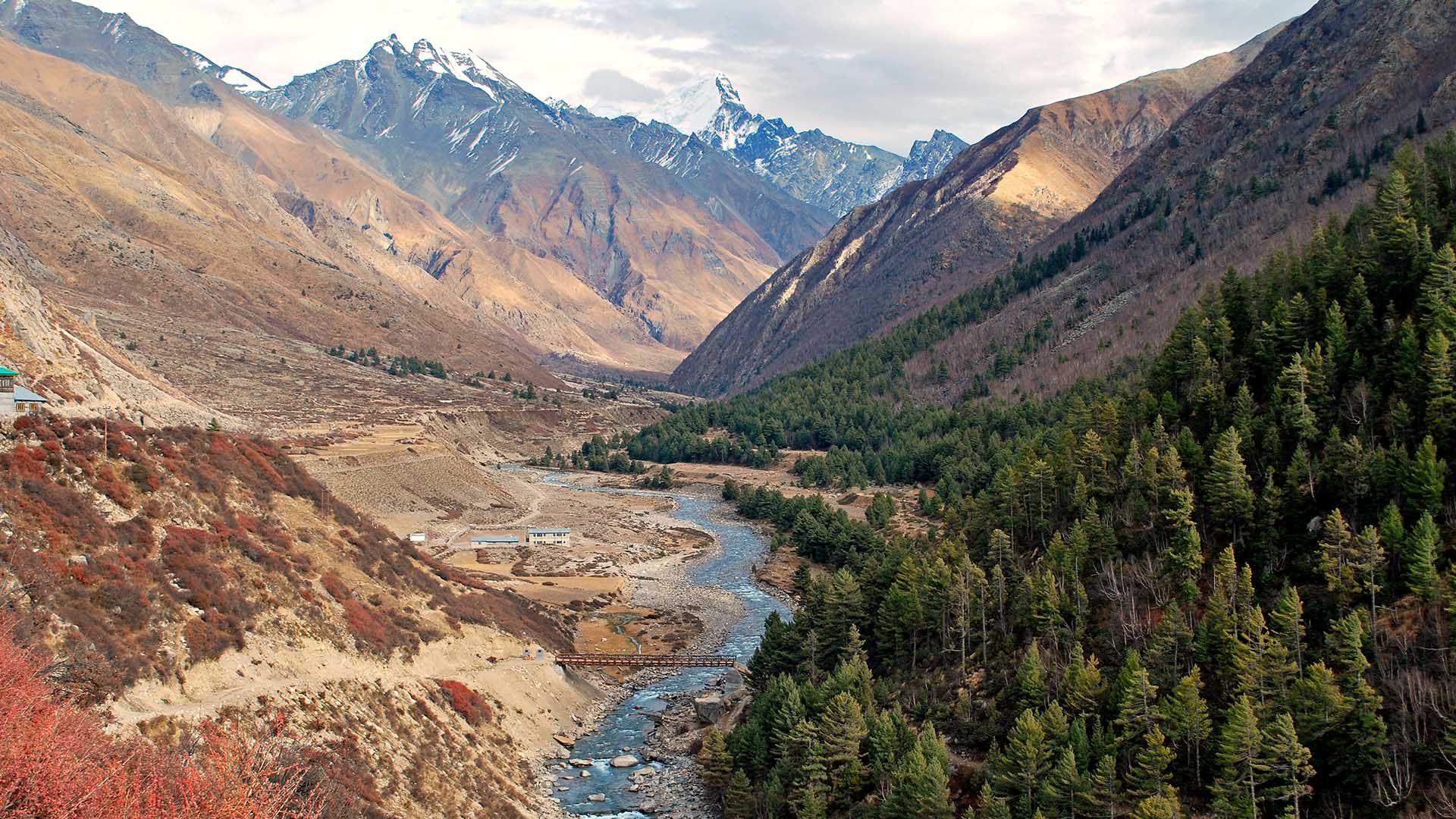 Through the lush green mountains and rugged landscape, the road to the stunning Spiti valley is one heck of a journey. One of the twelve jewels of Himachal Pradesh, the Kinnaur district is the gateway to the Spiti Valley as well. With offerings of tons of cinematic vistas, Kinnaur houses the following wonderful places: 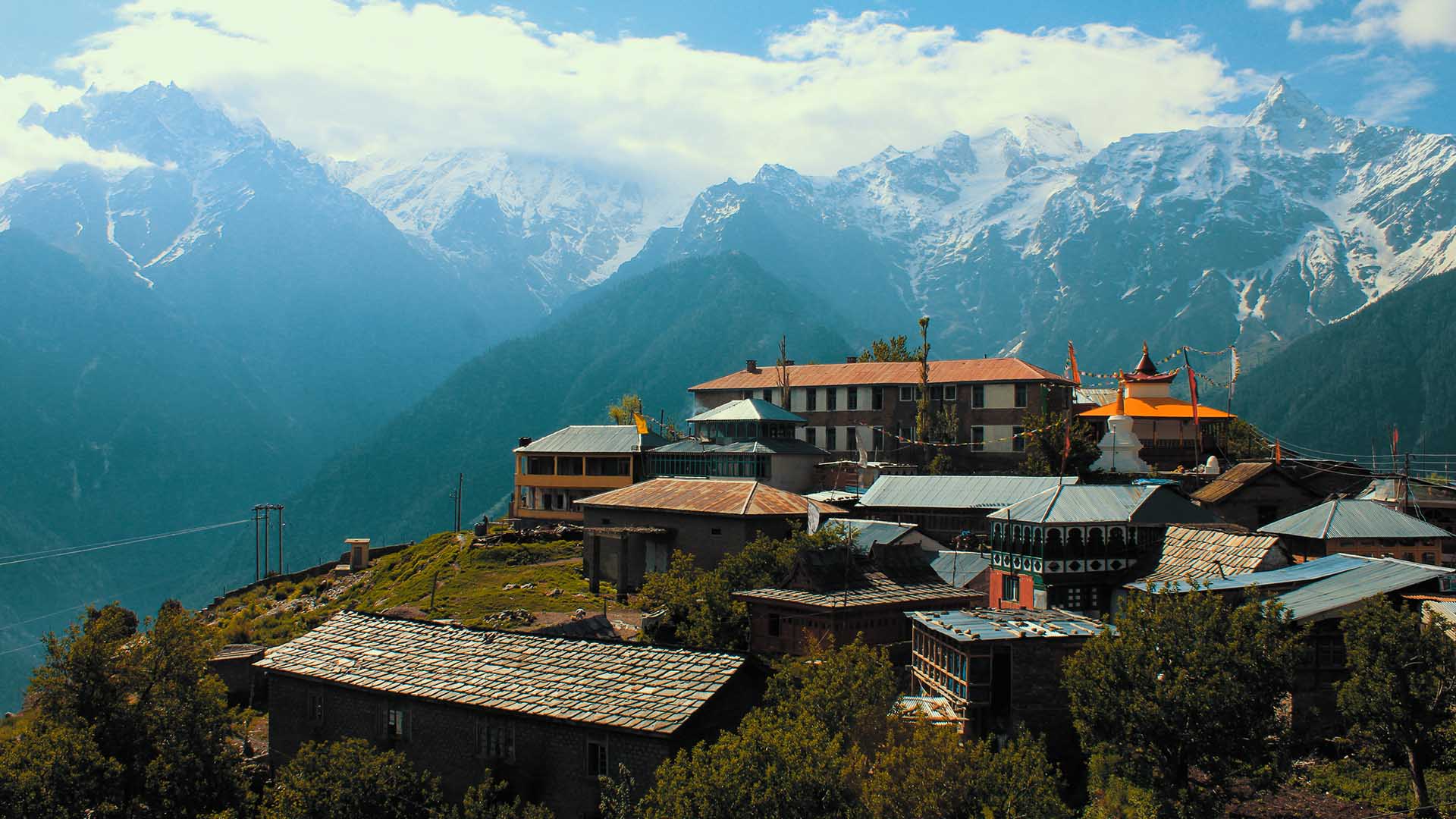 Kinnaur district’s finest, Kalpa is famous for its truly divine sunrise spots as well as sunset because of its beautiful mountain shores. At an altitude of 2759 meters, Kalpa is a stunning little valley town surrounded by snowy peaks of the Kailash range. Known for its ’best in the world’ apple orchards, the town is inhabited by Kinnauri people. This amazing getaway town offers spectacular views of numerous mountain ranges including Kinner Kailash. Not just the views, there are many offbeat things to do in Kalpa as well.

Kalpa serves as the starting point for tons of offbeat things to do in Kinnaur. For an adrenaline rush, one can head for a trek to the mighty Kailash or to Chakka along the bubbling water channel. To admire the Kinnauri craftsmanship, head to the Sapni Fort and Kamru fort. To experience their religious realms, Narayan Nagini temple and the Hu-Bu-Lan-Kar monastery serve as perfect examples. There are also tons of secluded villages surrounding the Kalpa region like Basteri and Roghi Village where you can head to take a peaceful break from all the buzz of life.

With world class charming valleys, Sangla is famous for its natural beauty and quaint architecture with spectacular views. Sangla literally translates to “pass of light” in Tibetan which points to the valley receiving sunlight during the day. The best way to take in everything Sangla has to offer is by staying in camps along the Baspa River banks where you can experience the nature at its best. For those who enjoy angling, the clear waters of the Baspa river is just where you want to be. Snow clad mountains and magnificent meadows all around make you feel like being on a paradise. 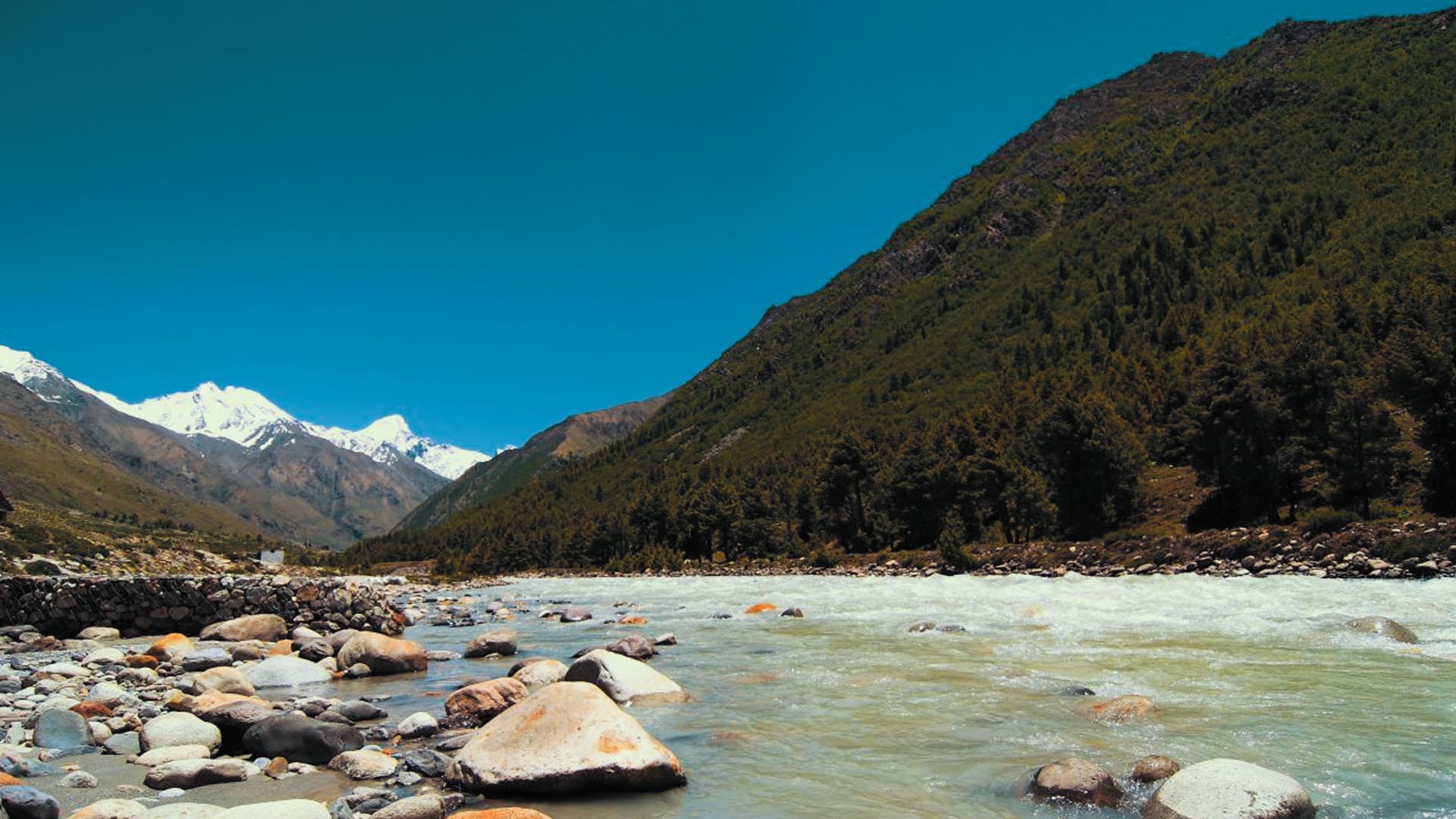 Out of all the offbeat things to do in Sangla, the trek to Rakcham that takes you near the snowy regions of glaciers comes out on top. Others include rappelling, rock climbing, river crossing and much more. To experience the Sangla’s culture, a visit to the 800 years old Kamru Fort and the holy Brelengi Gompa. To afford the best views of Kinner Kailash, the Sangla Meadows is a pretty good location. During your visit to this auspicious town, don’t forget to try their sweet and juicy apples. Visit the Sangla market for trying out their local cuisine and buying traditional clothes. The time between March and October is the best time to visit Sangla.

Located between Sangla and Chitkul, Rakcham is the second last village from the border of Tibet.  You may have never heard of it like most other people, but this relatively unknown destination is a must for all offbeat holidays in Himachal. With a sparse population of only 800 inhabitants, the sense of relaxation and serenity experienced in this part of Kinnaur district is unbeatable. Men taking care of herds of sheep and cows and women carrying out household and farming chores is a common sight in Rakcham. 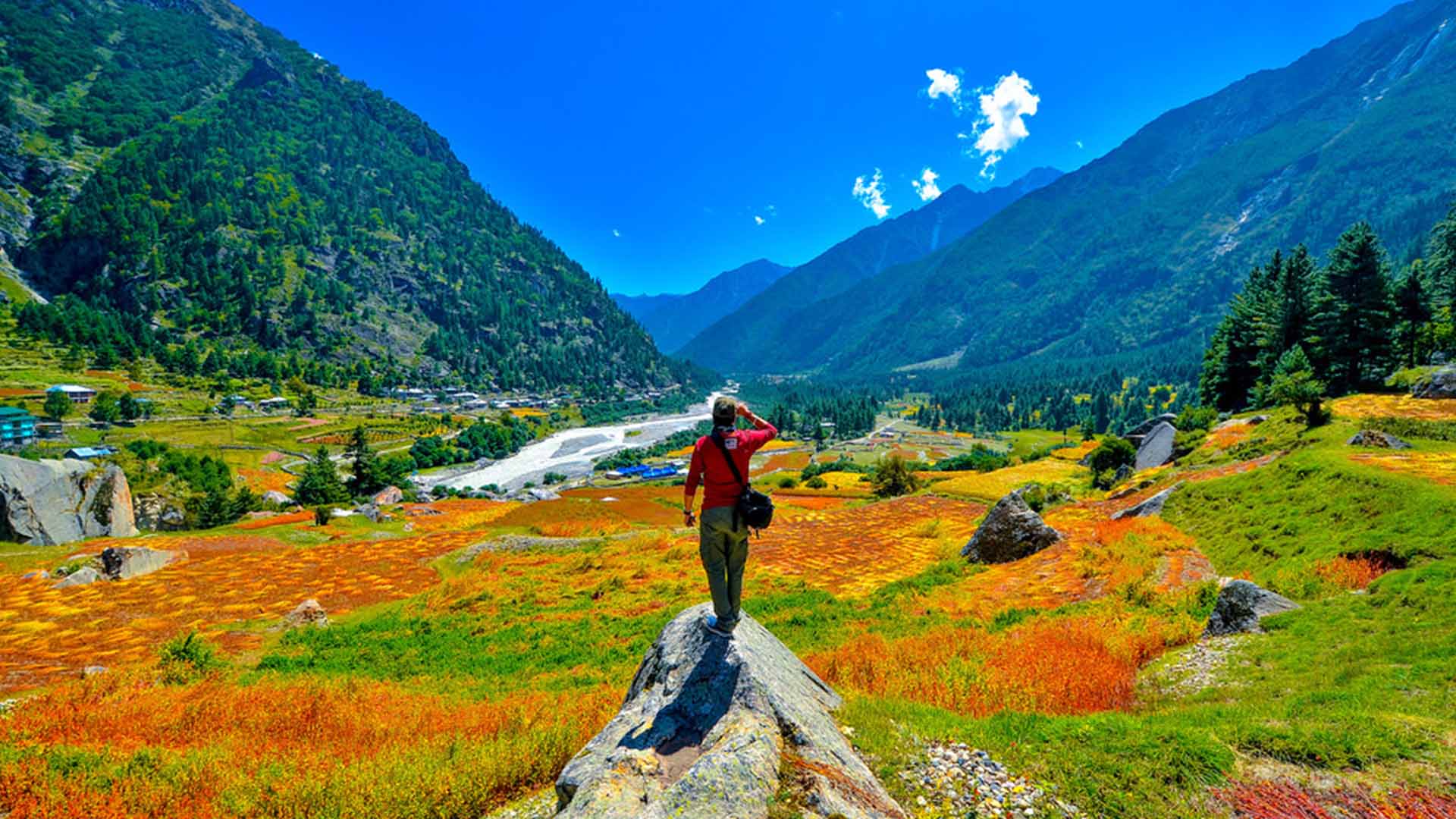 Located in the heart of the town are two temples, one of which is dedicated to Lord Shiva and the other to the Goddess Kali. The temples of Rakcham have a pinch of both Buddhist and Hindu ideology. The tiny village that it is, one can cover the whole of it on foot in only half day. With a wide variety of flora and fauna, the lush green lands and the colourful trees of Rakcham seem like a perfect place for photographers and explorers to be.

A travel way back to the past- that’s exactly how Chitkul feels like. Travelling without any permits? The last village on the Indo-Tibetan Border is as far as you can go. Away from the hustle and buzz of life, this remote village houses authentic natural bliss and no cellular coverage or ATM or Wi-Fi which makes it perfect for a relaxing getaway. Simple houses with wooden plan roofs, a small Buddhist temple and a tower are the main attractions in Chitkul. The reason you need to be here is its unsurpassed views of snow-capped mountains and river Baspa. 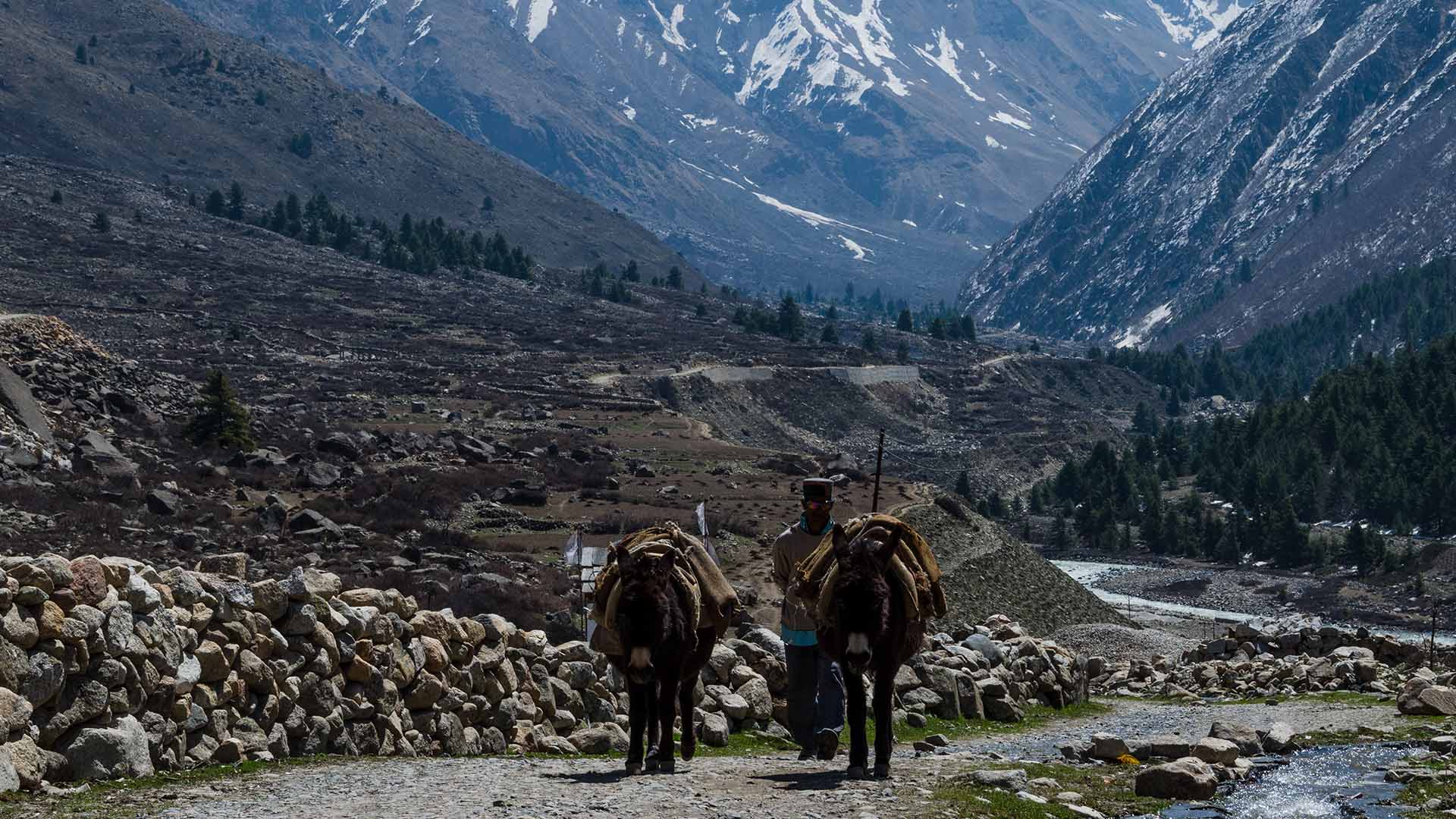 Situated at an altitude of 3450 meters, Chitkul is an absolute natural wonder. Walking is the best way to get around the maze-like lanes of village. Eat at ‘Hindustan ka Aakhiri Dhaba’ which literally translates to ‘the last food joint of India’. At the centre of the village is a temple complex of goddess Mathi. Either you are a backpacker or a photographer or just an explorer, the serenity of Chitkul will blow your mind away.

Situated at the border of Kinnaur and Spiti district, Nako overlooks into the Hangrang Valley’s barren landscape and the auspicious Spiti river bullying its way through the rocks. Acting as a gateway to the Spiti Valley, Nako is a prominent part of the famous Spiti circuit travellers do. The village is famous for its Nako Monastery which celebrates the Buddhist translator, Rinchen Zangpo. Another monastery, Chango gompa, situated on the road to Spiti. It has a prayer wheel which is believed to be more than 500 years old and is made of yak.

Nako is a peek into the spellbinding Spiti Valley, a tidy mix of barren mountains, an escape into the long green fields and the picturesque views of the placid Nako lake. Hotels are available in Nako but homestay accommodations are closest to nature. Tibetan food items like thukpa, noodles and momos are readily available at food stalls in Nako.

So, what are you waiting for? Let go of all the problems rankling you and plan an offbeat Himachal holiday and make sure to add all these to your itinerary.