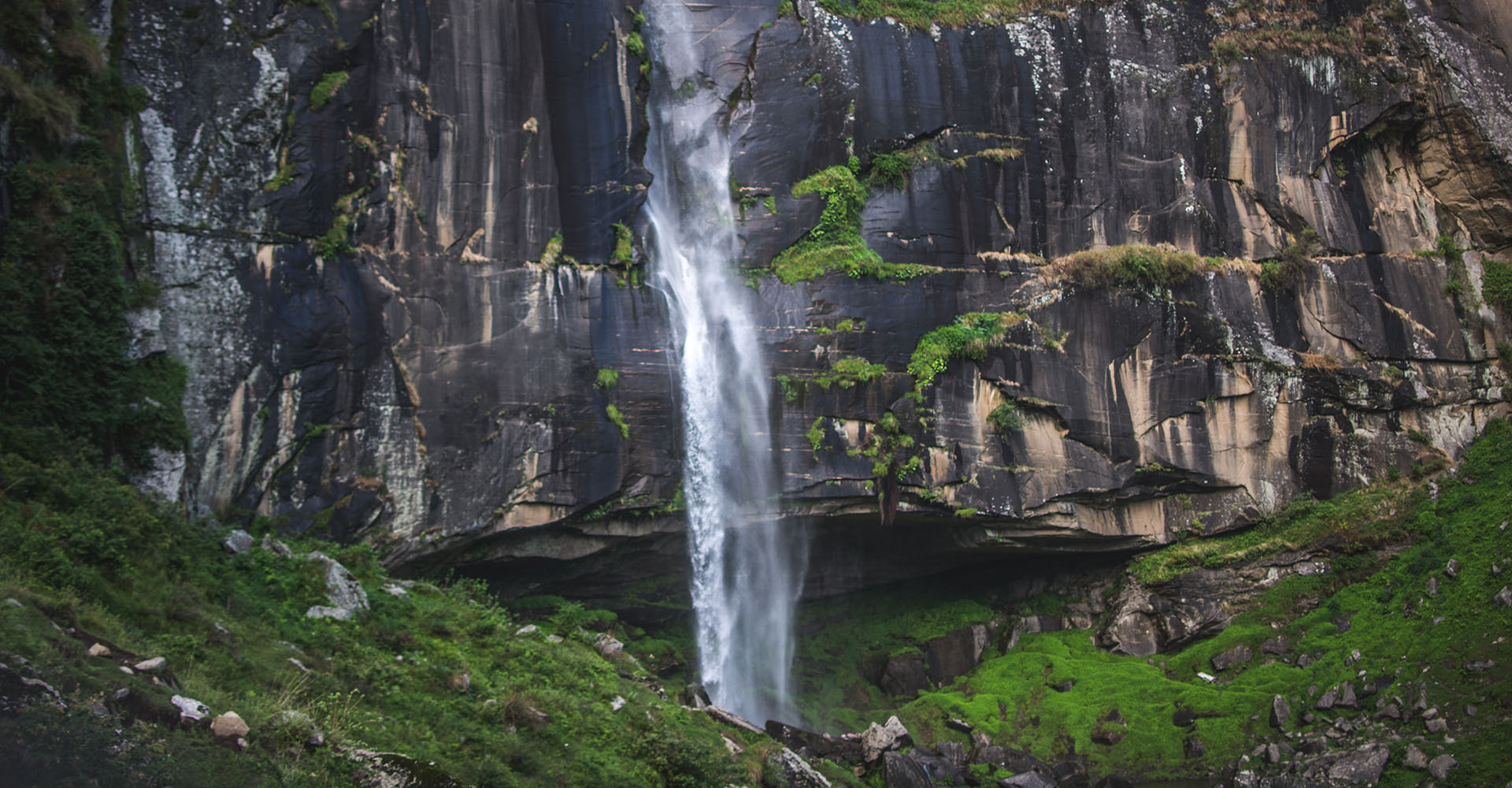 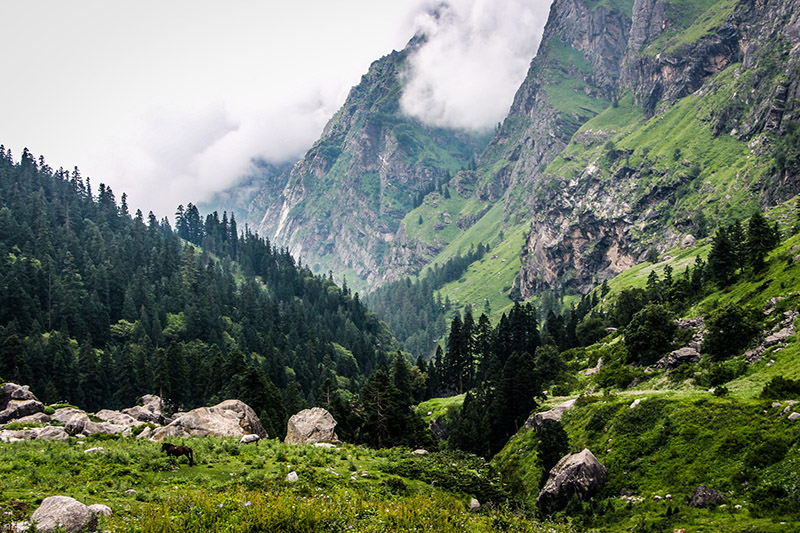 Of snow-capped mountains and smokey lore, Himachal Pradesh is so much more than hill stations with colonial hangovers. There are legends to be followed through Shimla’s mall road and Old Manali’s cobbled streets, ancient lore to be listened to and nirvana to be attained. Tirthan valley with its trout-laden rivers and Narkanda’s snowy slopes draw a sizeable crowd all the year around. From momos to monks, Mcleodganj checks every box on your favourite destination checklist.

Follow Himachal’s winding roads up narrow passes to scenic Spiti with picture-postcard views and 1000-year-old monasteries. Spiti’s stark mountains give way to the contrasting lush Karsog valley with the faint echo of chanting monks following you down. Quaint villages here in the mountains make for memorable stays. From high-altitude treks to mountaineering, paragliding, rafting and some precarious off-roading, head over to Himachal for that adrenaline rush. Everything a holiday should be, and probably a little more, Himachal has something for every un[travel]ler.

Places to visit in Himachal

1. Yoga at Sunrise in Bir 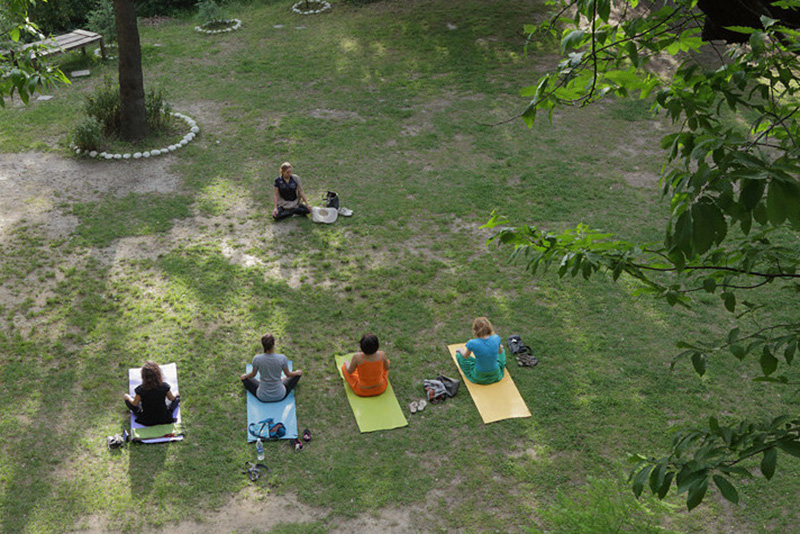 Even if you’re visiting this fascinating mountain village for trekking or some thrilling paragliding, (Bir does have regular international events), there’s no better way to begin your day than a yoga session at sunrise.Whether a novice or a professional, there’s much to be learned from a yoga expert, and no better place than here in the mountains. Unmatched tranquility at scenic Bir makes this a unique yoga session quite like none other. 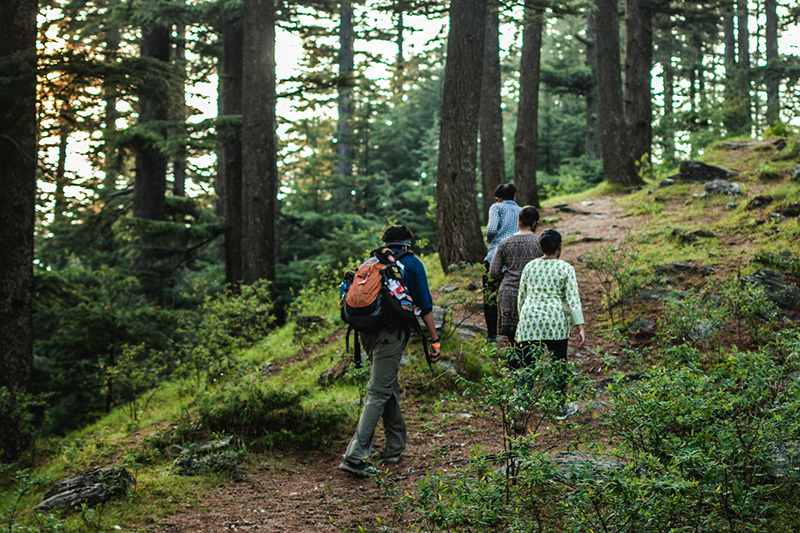 Stroll through the bazaars of Old Manali, with a stop for a nibble of ‘yak cheese’ at any of the eateries, moving on to rustic cafés and junk jewelry shops with traditional wooden Himachali houses beyond. Walk on through to Goshal, Shanag and Burua villages with sprawling orchards along the trail. The stony trail past Buruawould then lead across Solang-Nallah to the wide open fields of of Solang Valley.A favourite skiing destination in winter, get your fix ‘zorbing’ down green meadows in summer. 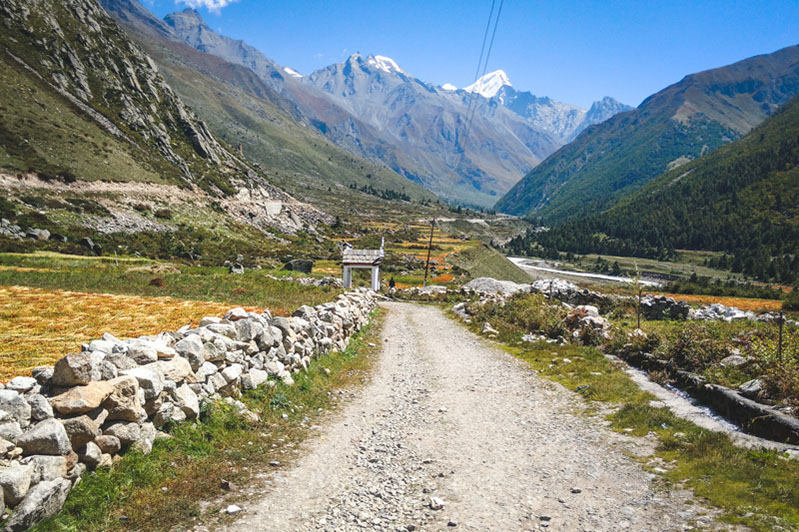 Officially the last Indian village before the Tibet border, Chitkul is renowned for its natural beauty and quaint architecture. Spectacular views of the Baspa valley coupled with its quaint wooden houses make Chitkul the day-trip village to visit from Sangla. Renowned for its, rather expensive, potatoes, Chitkul is surrounded by lovely golden buckwheat that is covered with snow for a good 6 months (October to February). With a little over 600 inhabitants here, Chitkul has some very friendly inhabitants who are always happy to interact with visitors. Get to know a little more about life in this high-altitude border village – the culture, traditions, hardships and the simple joys that make it all worthwhile.

4. Drive from Manikiran to Tosh 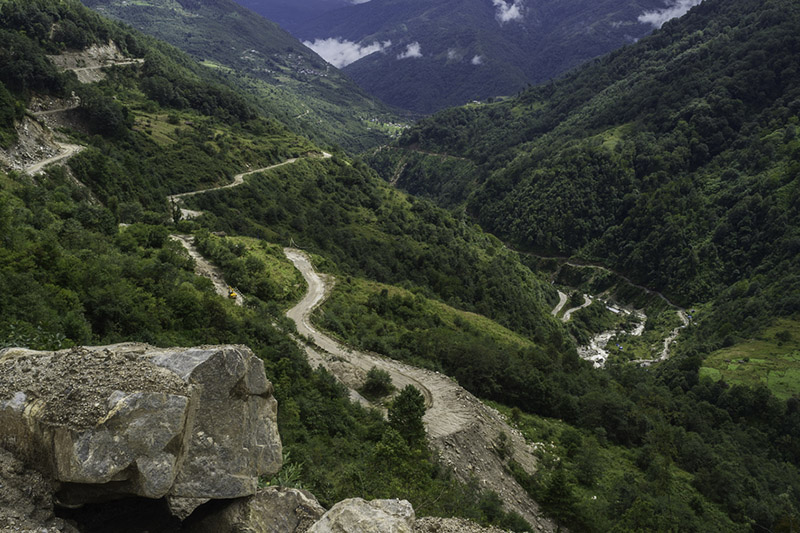 Hippie haven with stunning vistas, the gushing Parvati river, hot springs and quaint villages around have a lot to do with Kasol being the destination of choice here in Himachal. For first-hand experiences of scenic climes and the spiritual prowess that this land holds, drive through Manikaran to Tosh. The ancient village of Manikaran known more for its gurudwara and, supposedly healing-powered, natural hot springsis interesting for the influence both Guru Nanak and Shiva have had over the area. Small waterfalls dot the drive here with spectacular views of the Parvati Valley. Gentle tourists sit in small smoky cafes with the curious eyes of local children following you as you get to Tosh. With enthralling views of village huts set against the backdrop of mighty snow clad peaks, Pink Floyd’s background score will probably have you wanting to stay longer. 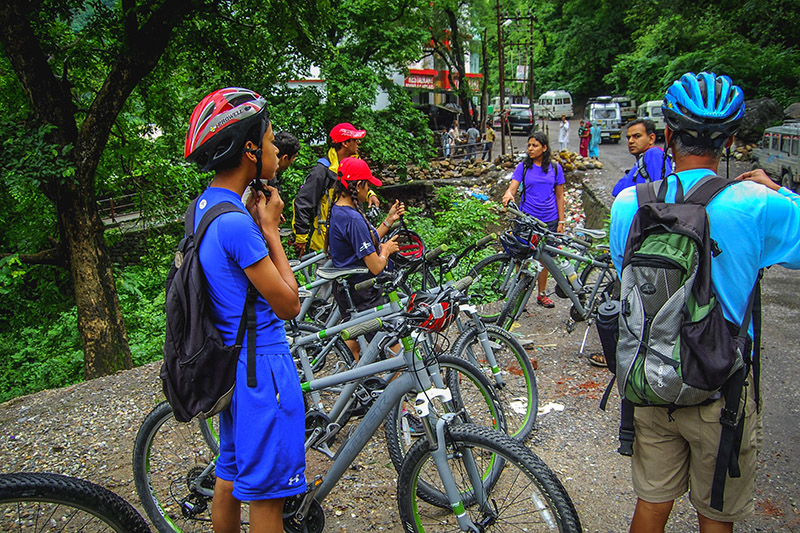 Set off after a hot cup of masala chai for a first-hand experience of Mcleodganj’s winding roads through tea gardens and villages on mountain bikes. A quick zip down 4 kilometres, off the main road, would take you to tea gardens that seemingly appear out of nowhere. Ride through green tea fields on rough tarmac downhill to a small village beyond. The road steadies up from here, enough to make pedalling easier and time for some amazing pictures of landscape around with majestic mountain backdrop. Make sure you stop at the quaint café en route as well. 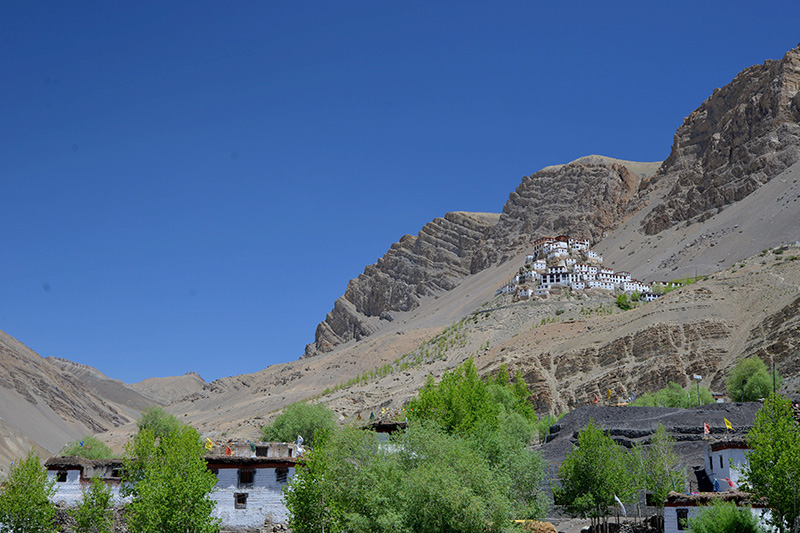 Walk past gently fluttering flags and stupas to take a look at ancient thangkas, musical instruments and weapons dating back to as early as 900AD. From the architectural marvel that is Kye Monastery in Spiti, the ancient Kardang Monastery in Lahaulto Dhankar Monstery in Spiti, gompas and monasteries are a large part of ancient Tibetian influence in Himachal. Tranquillity and spirituality redefined, listen to the echo of the dung-chen and cymbals as monks in masks dance during the Cham festival in July and August.

Himachal Pradesh is one of those Indian States that has something for every un[travel]ler throughout the year.
March – April: Spring – Bright blue skies, green and yellow fields that look like scenes out of Bollywood songs with 20 C daytime temperatures that could dip as the day gets older.
May – June: Summer – The big tourist season in the state, especially in Shimla and Manali. Temperatures can get as high as 38 C in the lower reaches. Head over to Mashobra’s cultural extravaganza Sipi Fair if you’re here in May.
July – August: Monsoons – Expect rained out days and slushy sidewalks. Although lush green landscape around makes the region spectacular, there is the odd landslide and flood reported every other year.
September – November: Post the monsoons, just before winter sets in, the weather is pleasant and, more importantly, tourist crowd thins out. Festivals are usually in October, and Dusshera in the Kullu valley is something you certainly wouldn’t want to miss.
November – February: Winter – Heavy snowfall and lovely skiing slopes make Kufri and Narkanda winter destinations of choice. Temperatures dip down to zero and highs remain in the low teens.

Best places to stay in Himachal