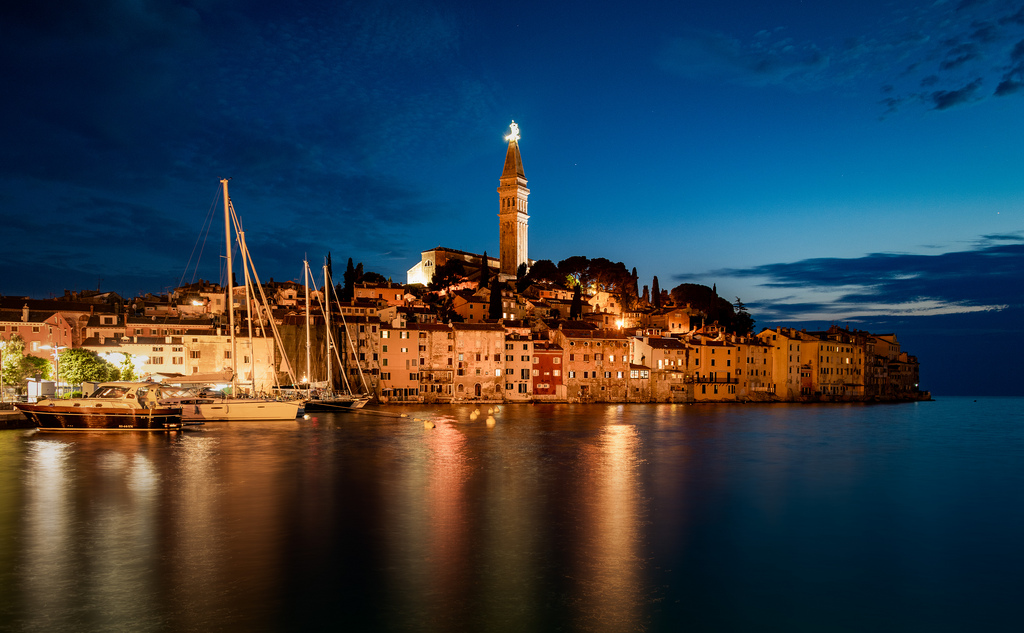 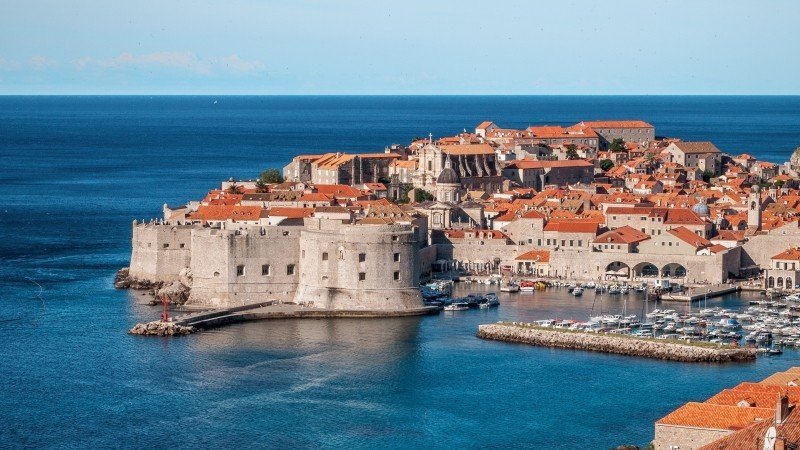 For a country of only a few million, Croatia brings awful lots of surprises. With a population variously quoted at less than 30, the tiny medieval travel wonder of Hum Town on the Istrian peninsula in the western part of the Country is one such surprise. The tiny Town wears the unusual title with pride of being ‘the smallest town in the world’.

The Country encompasses ageless untouched coasts, thousands of islands, inlets, coupled with marvelously preserved millennia-old architecture, lively modern cultural, art scenes, and swashbuckling new entertainment options; there is an interesting mix of undulated attractions in this land of wonders. Much of the coastal area is covered by the Dinaric Alps, so there is no dearth of hiking and biking trails. 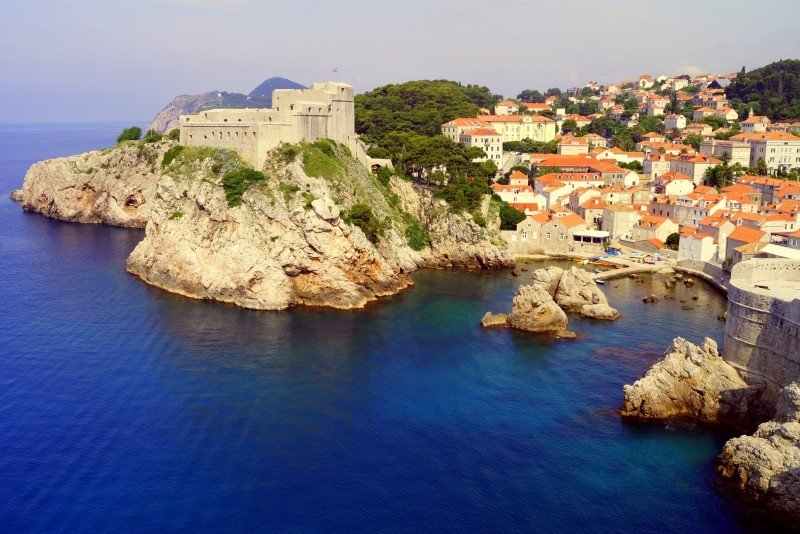 On the southern coast of the Country is the charming city of Dubrovnik. Dubrovnik is as eternal as Venice. This picture-perfect medieval walled city has ancient stone buildings, narrow cobbled streets and fortified ramparts rising above red-tiled rooftops. Walk along the enormous City walls that encircle the entire Old Town, dotted by fortresses and overlooking the sea are indeed the city’s most famous feature. Franciscan Monastery is an obligatory stop on your tour of Dubrovnik’s sights. Once the seat of government in the old Dubrovnik Republic, the 15th-century Rector’s Palace, today, houses thousands of objects and artefacts left behind from the rich Dubrovnik history. Just outside the Old Town are amazing beaches like Banje and Lapad. Around 50 km off Croatia’s Adriatic Coast is the beautiful Korcula Island, best known as the alleged birthplace of Marco Polo. Explore its turquoise coves, lush green forests, vineyards, olive groves, sandy beaches and seafood eateries.

Croatia’s most photographed beach has to be Zlatni Rat Beach and there is the blissful Hvar Town, for all those who are there to enjoy its beaches and watersports. 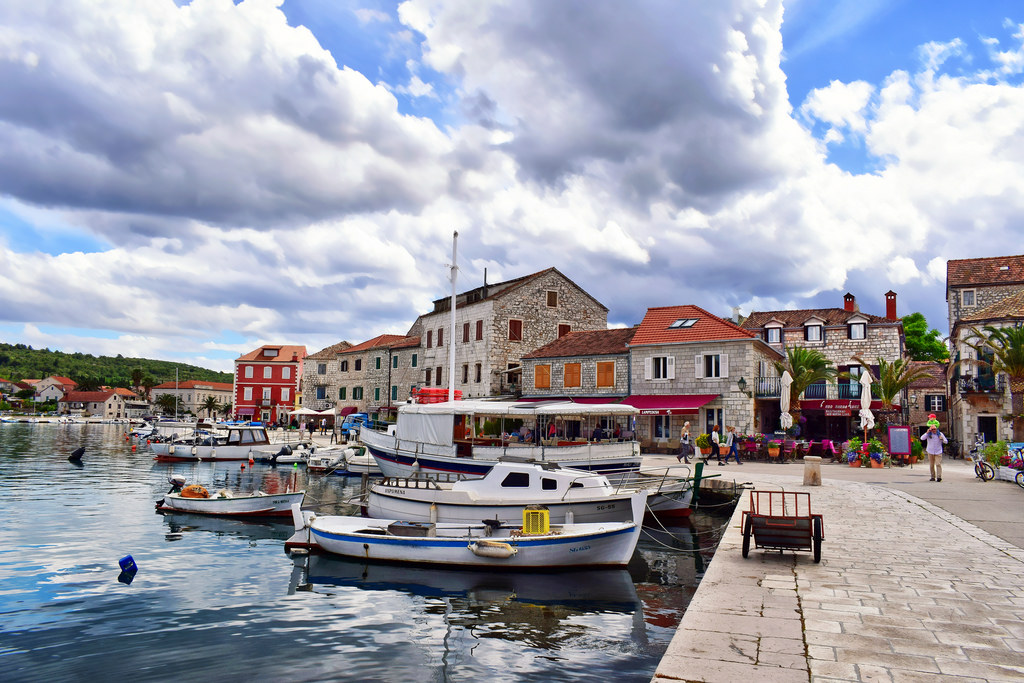 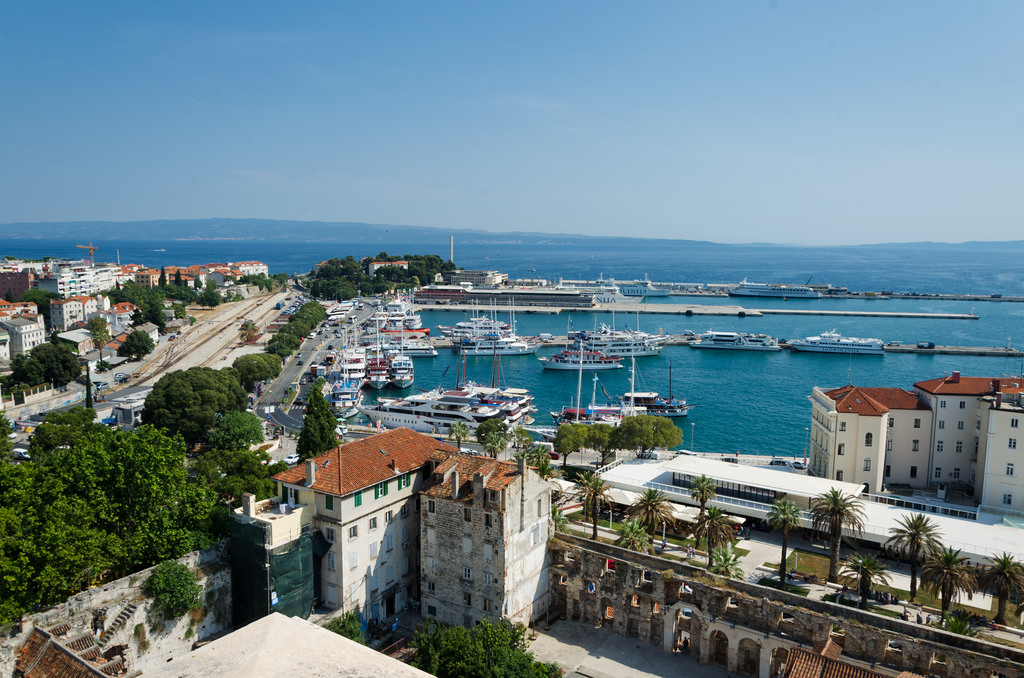 The Split City was continuously inhabited for thousands of years starting with the Romans, Venetians and many others. Nicknamed the “Mediterranean Flower,” Croatia’s second-largest city Split amazes with historic core of beautiful Gothic and Renaissance architecture. No doubt, the Diocletian’s Palace is the crown jewel, an ancient Roman palace built between 295 and 305 CE, and an example of Roman palatial architecture, representing a transitional style half Greek and half Byzantine. Marjan, the hill that overlooks the city might be the most impressive part of Split imagery; see the pristine nature in its full might. Other highlights of Split is the beautifully preserved Old Town that includes the Archeological Museum and the Meštrović Gallery, which house some great works of Croatia’s most revered artist Ivan Meštrović’. Calling all Games of Thrones fans! Follow in the footsteps of your favorite characters of the award winning series and visit many of the location sites in the city center and Diocletian’s Palace. It would be no less interesting to hear the fascinating facts and stories about the filming process. Split also has great options for dining, drinking and nightlife, and plenty of beach opportunities. Grab the best Croatia Packages from un[travel] to enjoy hassle-free vacations in Split City.

With seven sedrenic waterfalls and a total fall of 224 m, Krka is a natural and karst phenomenon. Out of seven waterfalls, the two most famous are Skradinski Buk and Roški Slap are sights to behold. Not just the island monastery of Visovac and the lagoon of Skradinski buk, but there are so much left to explore at Krka National Park! 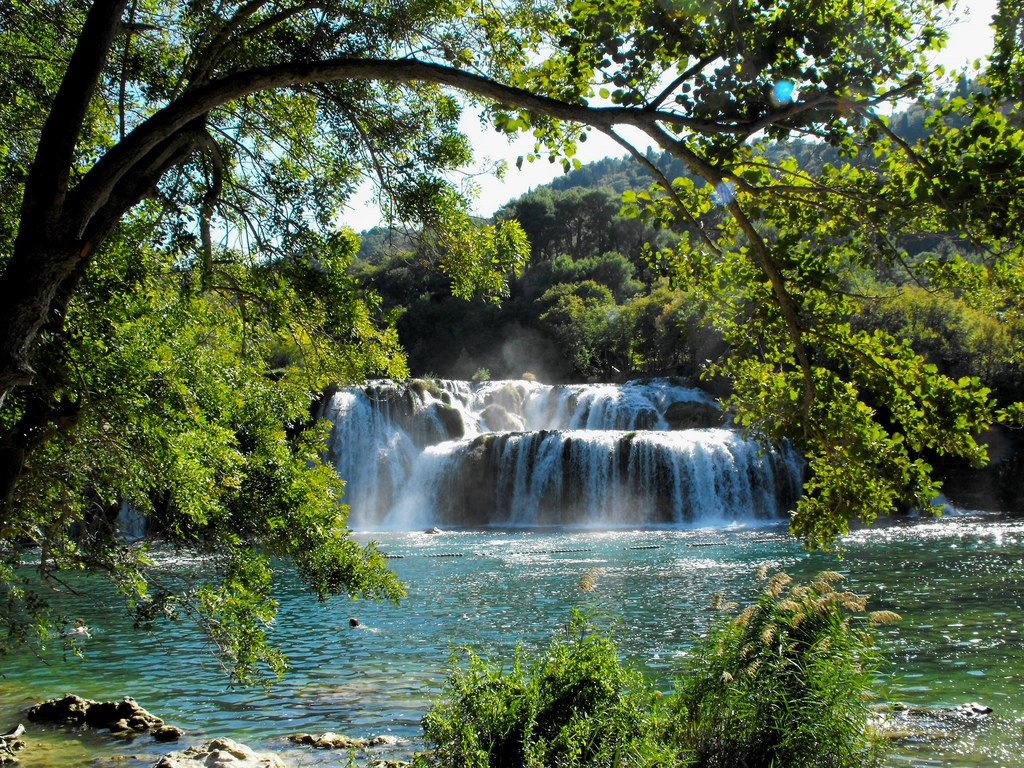 The Biševo Island, some 4.5 nautical miles from Komiža, has two natural beauty spots, two sea caves – the Blue Cave and Medvidova Spilja, situated on the very steep eastern shores, accessible by boat only. This is also one of the best snorkelling locations in Croatia.

A former fortress of the Venetian Republic, Zadar old town is a place to winkle out interesting secrets at holiday pace. Zadar is rich with stunning coastline and national parks and amazing 9th-century Romanesque churches. Other things to see include the Museum of Ancient Glass, and installations of the Sea Organ and the Greeting to the Sun. 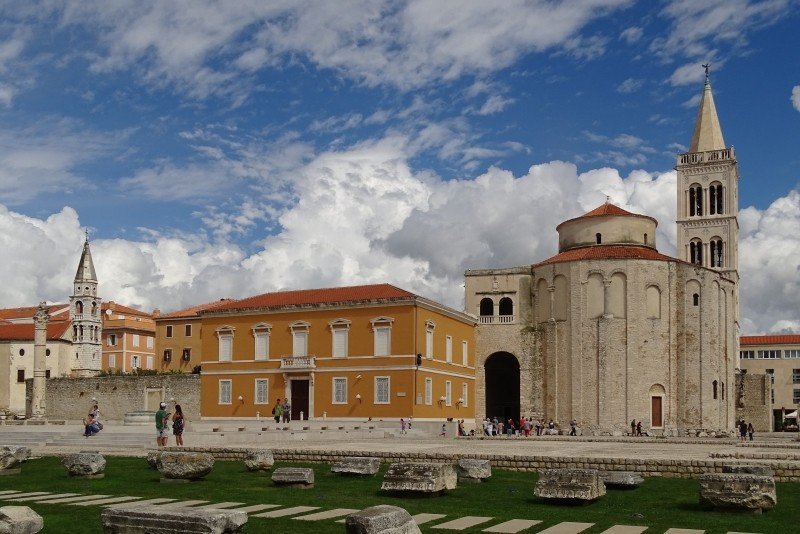 Plitvice Lakes National Park is one of Croatia’s finest treasures, a Garden of Eden among a stunning collection of natural attractions which also include 16 interconnected lakes and over 90 waterfalls of different size. Thanks to the lush pristine nature, the park is a haven for wild animals. Catch the best Holiday deals for Croatia and plan your exciting vacations.

The capital of Croatia, Zagreb is beautifully placed on the slopes of Medvednica Mountain, along with the banks of the Sava River. The romantic medieval old town blends a captivating mixture of classic Austro-Hungarian architecture and gritty socialist structures. The Cathedral of the Assumption of the Holy Virgin Mary is Zagreb’s principal landmark.  Gornji Grad (Upper Town) is home to the parliament, brightly coloured tile roofed St. Mark’s Church, and then there is Austro-Hungarian buildings in Donji Grad (Lower Town), which include several excellent and numerous museums including the Croatian National Theatre and number of churches. Trg Bana Jelacica, the city’s main square where the Upper and Lower Towns meet is the place ideal to start the Zagreb adventure! Walk through Zagreb’s main square and surrounding attractions. Explore beautiful medieval Upper Town or have a fun ride on the world’s shortest funicular. Looking for some good photo opportunities? Pop into the Lotrscak Tower for fantastic views over the city rooftops. Zagreb boasts a number of quite unique, even quirky museums; be sure to catch most people’s favorites-The Museums of Naïve Art and Broken Relationships. 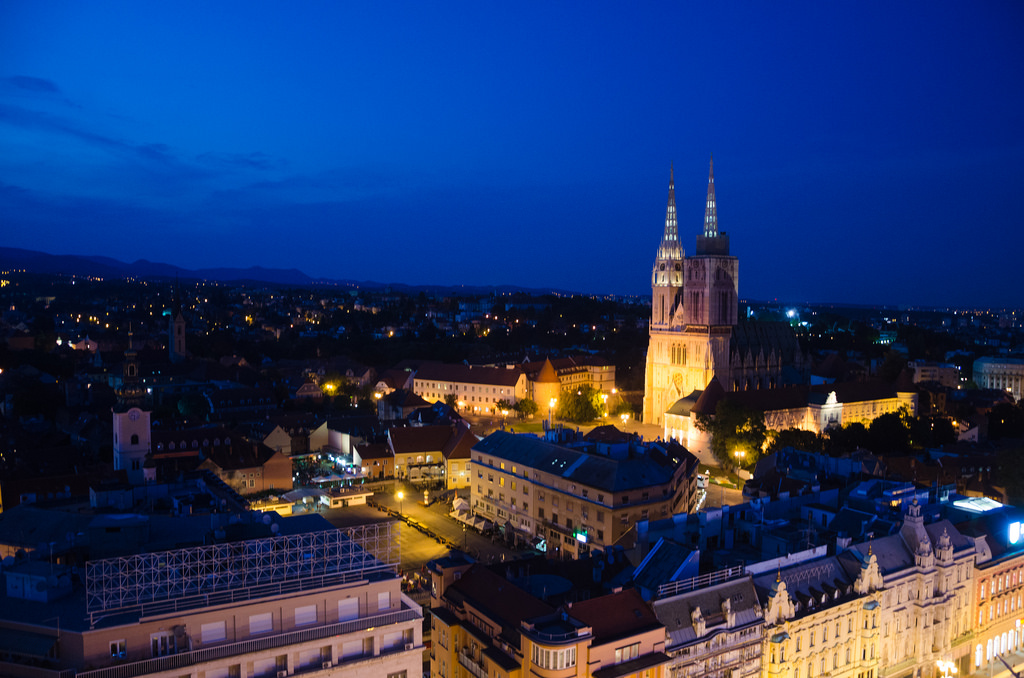 Set beside the glittering Adriatic Sea, Pula is home to the most complete Roman colosseum, the best-preserved Roman ruins outside of Italy. A quieter alternative to the Colosseum of Rome, the Pula Arena can hold between 7000 to 12,000 spectators today; Watch a live music concert or a Gladiator battle. On the western coast of the pretty Istrian peninsula lays the gorgeous looking coastal town of Porec. The Euphrasian Basilica here is a sumptuous example of Byzantine art and architecture. Only 6km from Pula, the Brijuni archipelago (14 islands and islets in total) is a place to find rare flora and fauna varieties. Except its beautiful nature, the archipelago has dinosaur footprints, Roman ruins and botanical gardens from Habsburg times. If you are the one who prefers distance from the hustle and humdrum of urban life, choose from our Croatia Holiday Packages and enjoy unhurried and quiet holidays. 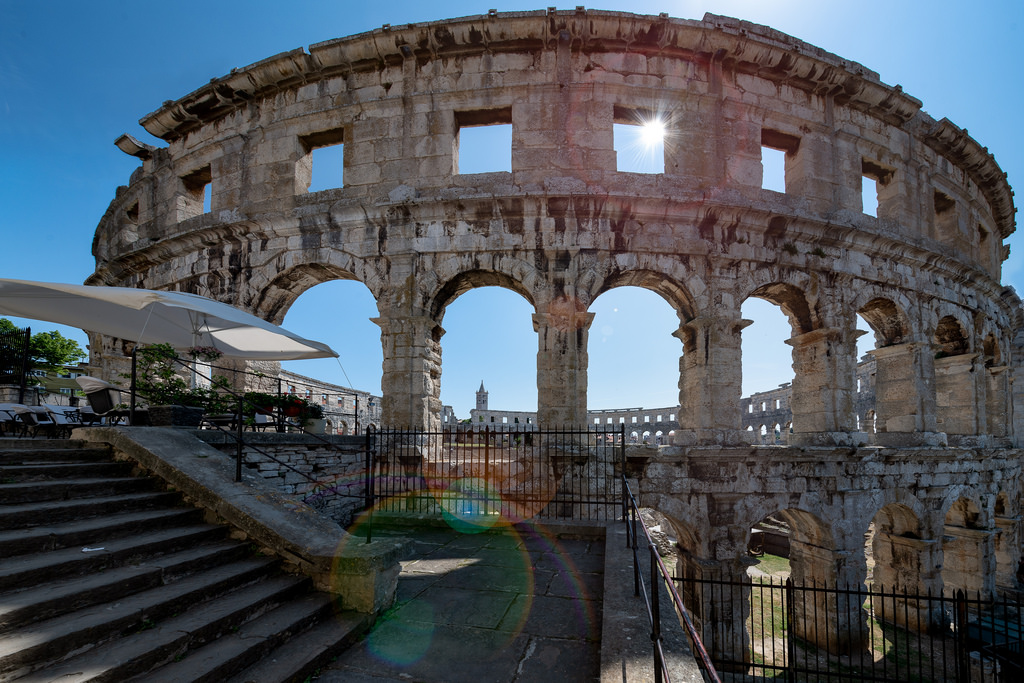 Surrounded on three sides by the sparkling Adriatic, the fishing port of Rovinj is dominated by the 280-year-old Church of St. Euphemia, nicely perched on a hilltop site. Rovinj is a place to unwind and a resemblance to Venice is no accident. Rovinj sees lots of picturesque shops and eateries serving seafood, pasta and Croatian specialities. As you take a boat ride, do keep your eyes peeled off the west coast of Istria and you might just see a pod of dolphins. 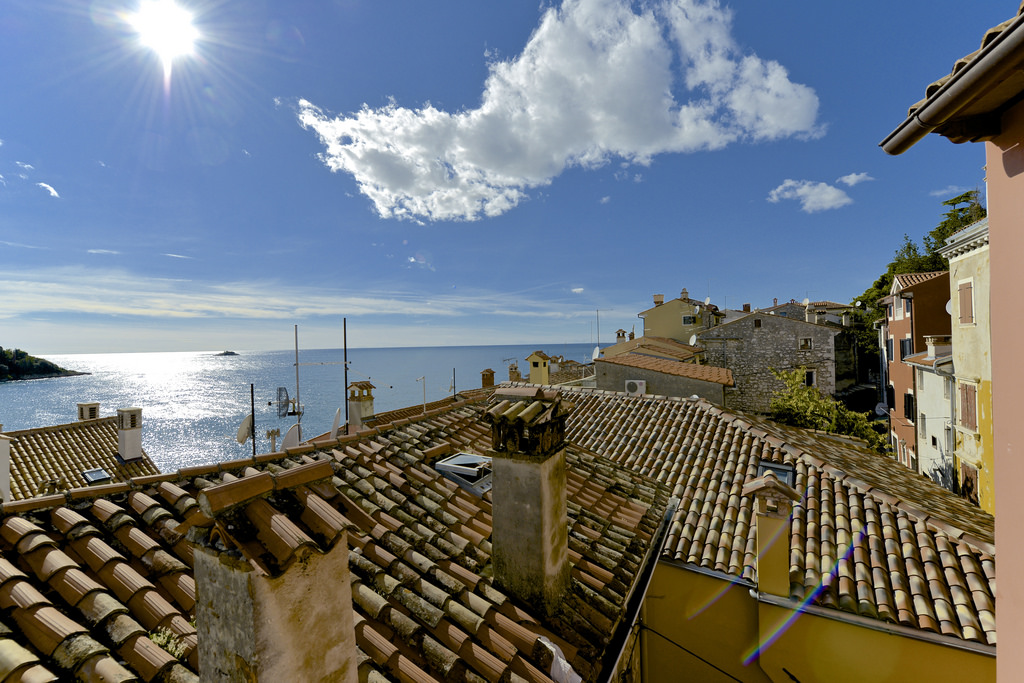 Croatia has stupendous adventure-sports facilities – for sailing, scuba diving, sea kayaking, rafting etc. Various places like Dubrovnik, Omis, Hvar, and Split are the hotspots for such adventure sports. If you have always fancied yourself as a bit of a wine connoisseur, a wine-tasting tour in Istria is an essential experience that you won’t want to miss.

Against the backdrop of splendid historic buildings, the cities stage summer festivals, hosting cultural festivals during the summer. Cruises are aplenty and perfect way to see pristine islands. 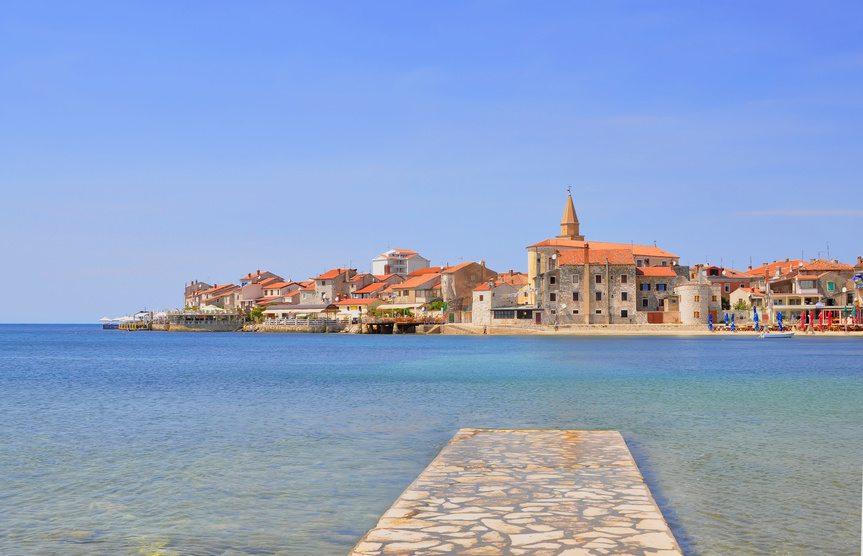 Croatia is not just about food, wine and beaches; it is also about festivals which involve great music combined with all night partying on the Croatian sandy beaches. Love fancy cocktails, nightlife on beach and dancing to the newest dance hits??? Then be in the city of Umag, a city at the northern part of Istrian coastline. June is the time and the location is the ‘Youth Island’ in Zagreb to see the biggest open air rock and pop music festival of the country. Špancirfest, Motovun Film Festival and Pannonian Challenge are some the much celebrated events in Croatia.