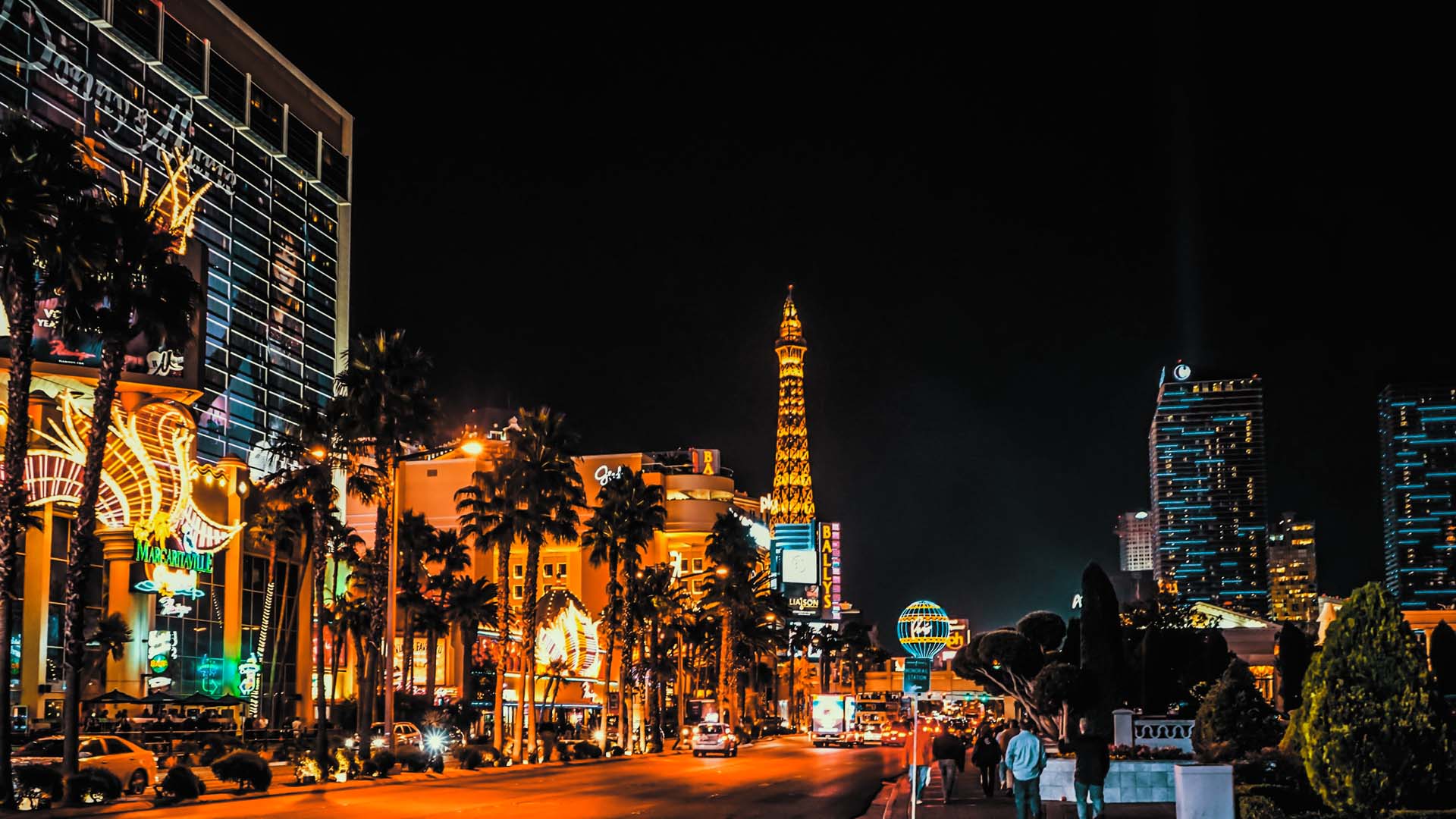 It’s a fabulous destination- the United States of America for a family holiday or an adventurous one or any holiday for that matter. The sheer size of experiences here in the US is so colossal that you may end up discovering something new even after spending all your lifetime here. Combining some of the world’s top travel destinations, the following itinerary tries to cover everything your expedition to the majestic USA must include: 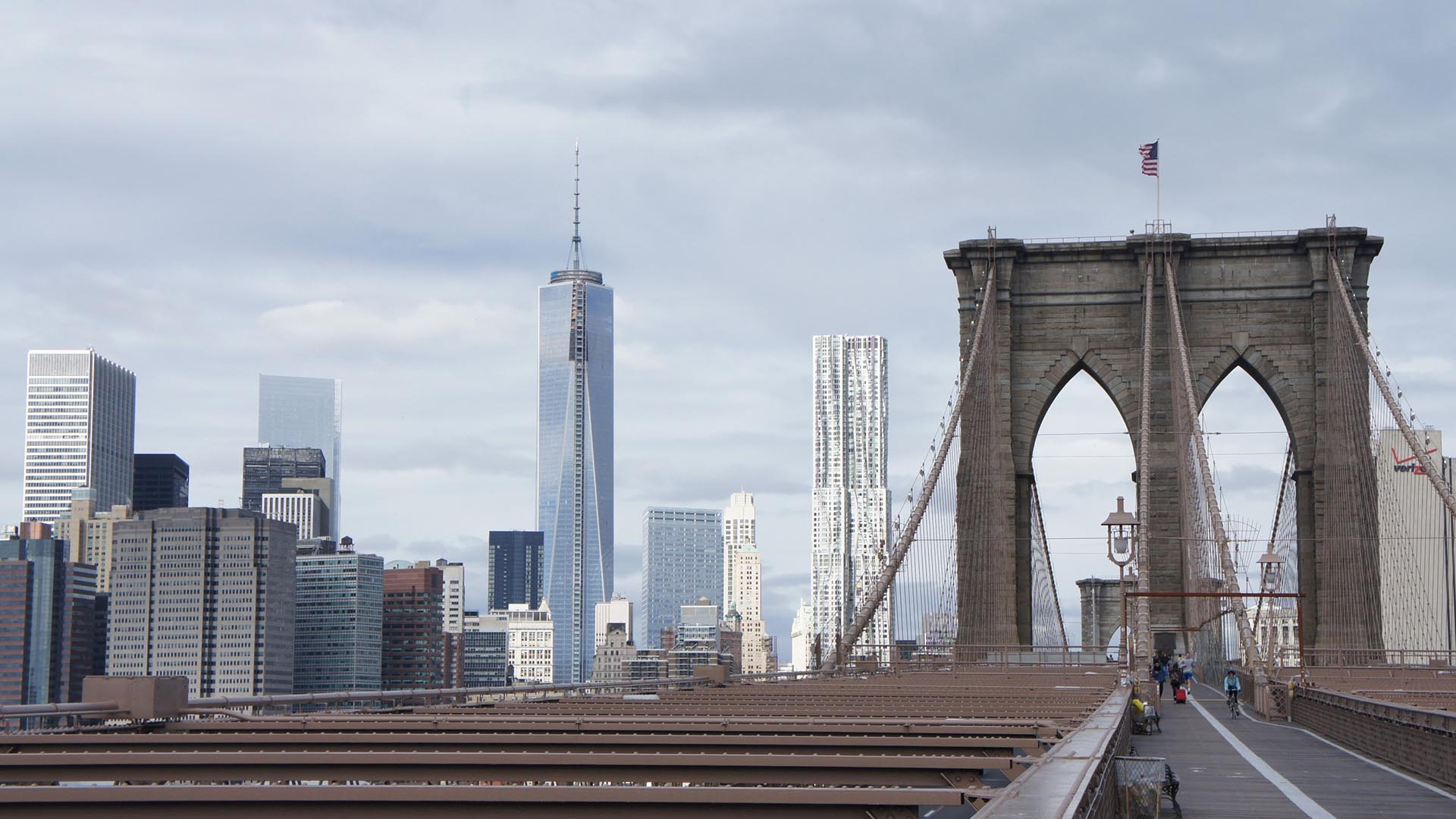 Fly in to the city that never sleeps- the New York City. For all USA tours from India, NYC should be chosen as the starting point because of its prominent location. Check in to your hotel, have breakfast and take the much-needed rest after that long flight.

Start your fantastic journey with the Brooklyn Bridge from where Manhattan, the core of New York is accessible. Move on to the towering Empire State Building, historic Grand Central Terminal and Rockefeller Centre from there. These ever-famous places are a must visit during your time in New York. At night, head to the Times Square and take a moment to watch the beautiful mesmerizing hustle and buzz of life of millions in New York. Have Dinner at the famous Italian restaurant, Tony’s Di Napoli in Times Square. Hey, but make sure you don’t forget to tip in the eat-outs. Head back to your hotel to gear up for the upcoming experience of a holiday in the USA.

Wake up to the beautiful view of skyscrapers and warm morning sun from your hotel. After breakfast, head out to witness the spectacular Statue of Liberty. Make sure you leave early to avoid the long lines of ferry from the Battery Park. 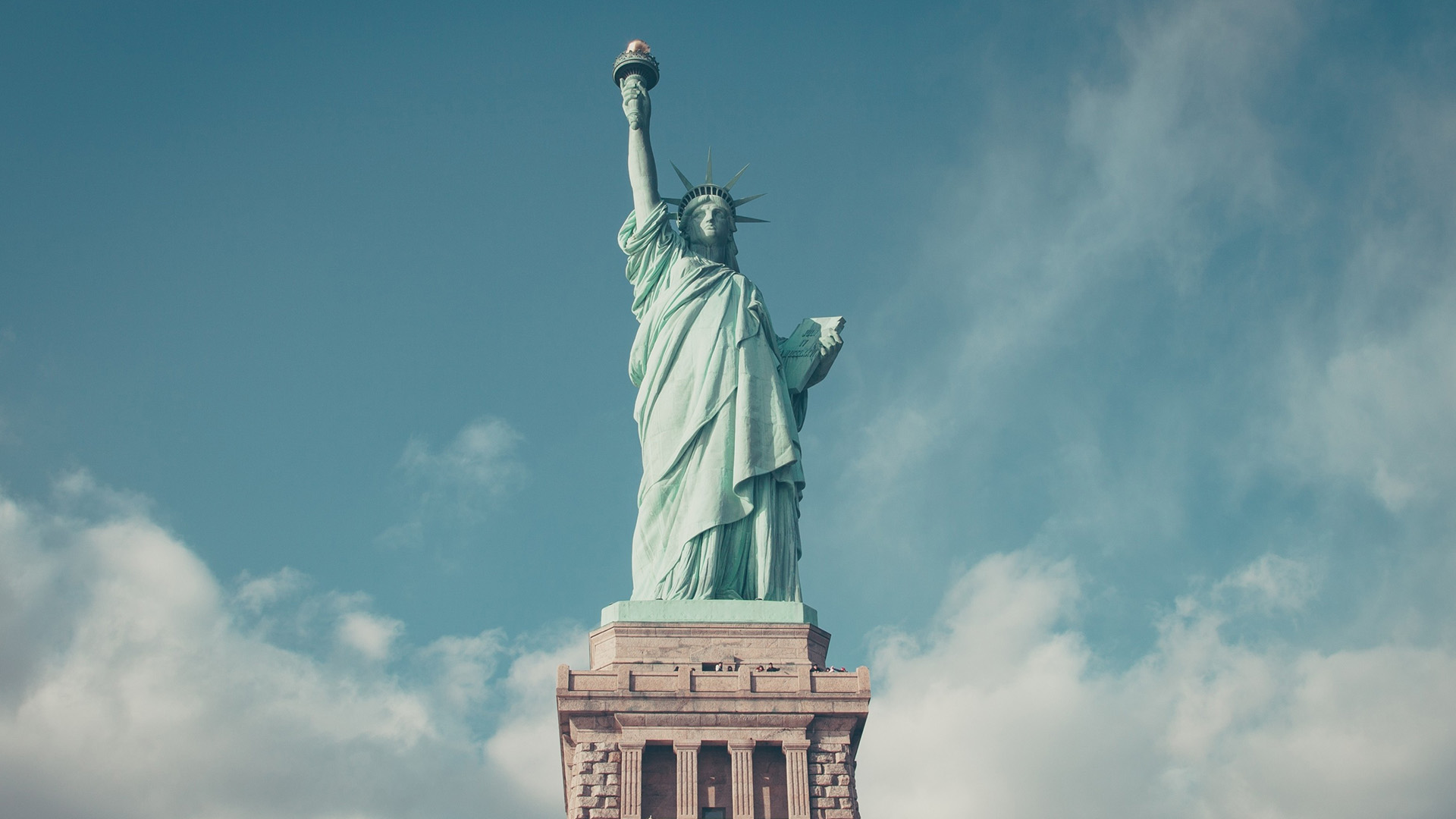 Spend the rest of the day exploring Wall Street, the Trinity Church and the World Trade Centre. Add Central Park and American Museum of Natural History to your day itinerary as well if you have any space. Keep an eye on the various restaurants around and make sure to try out new cuisines. Pack your bags at night for a morning flight to Washington.

The power state of United States of America is a delight. Experience the capital of the most powerful country in the world by paying a visit to the U.S. Capitol. Next up is the National Mall which is only 2 miles from the Capitol. The majestic white capitals are a perfect way to learn the history of US. 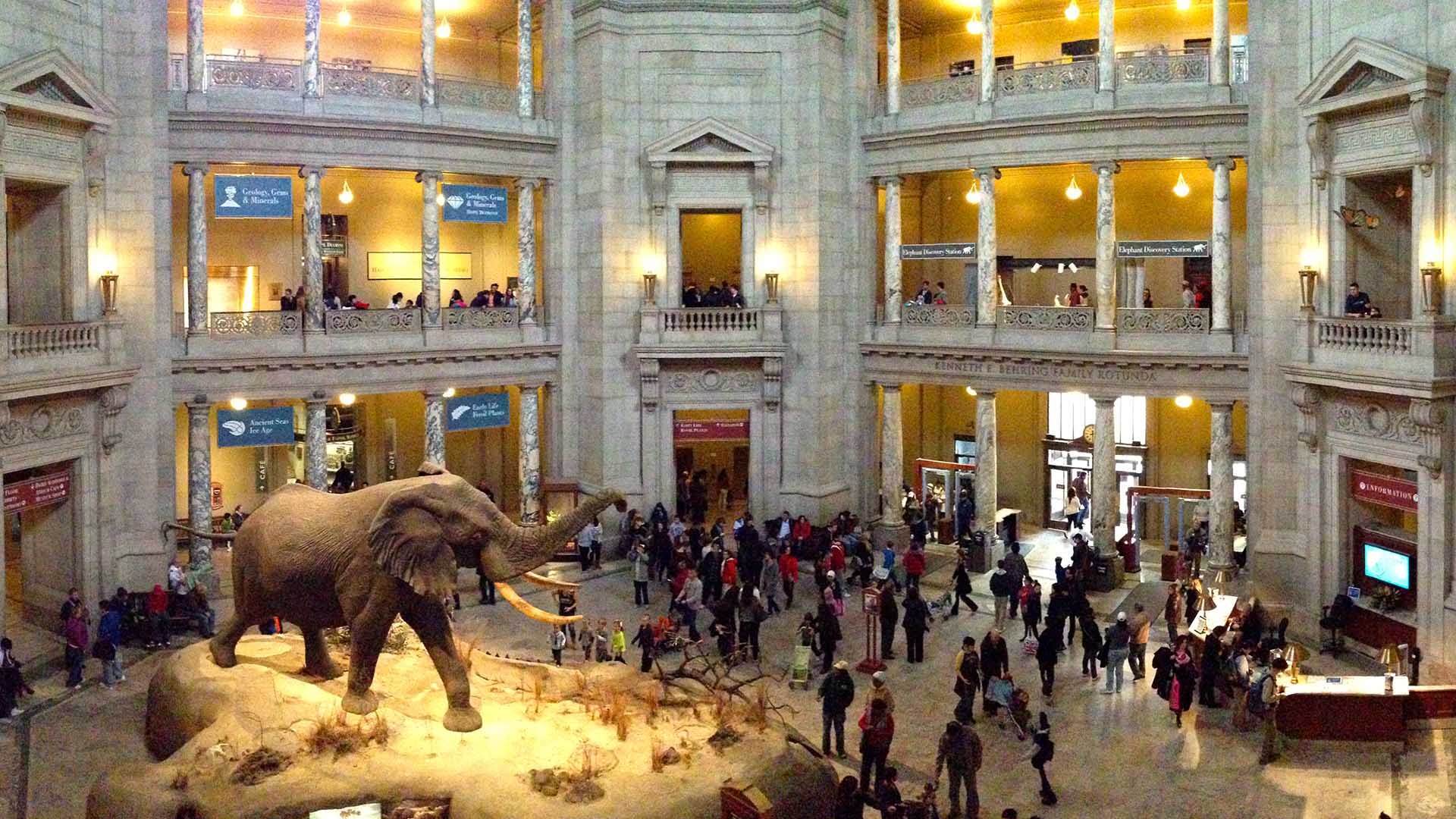 Out of the 19 museums of Smithsonian, you can choose between National Museum of Natural History or the National Museum of American History for your itinerary. Now, head to the oldest operating Eastern market which has continually been a bustling gathering region with a diverse amount of food as well as art. The region even houses some highly classy restaurants specialised to host diplomats. Spend some time to admire the auspicious buildings all around you in the mighty Washington. 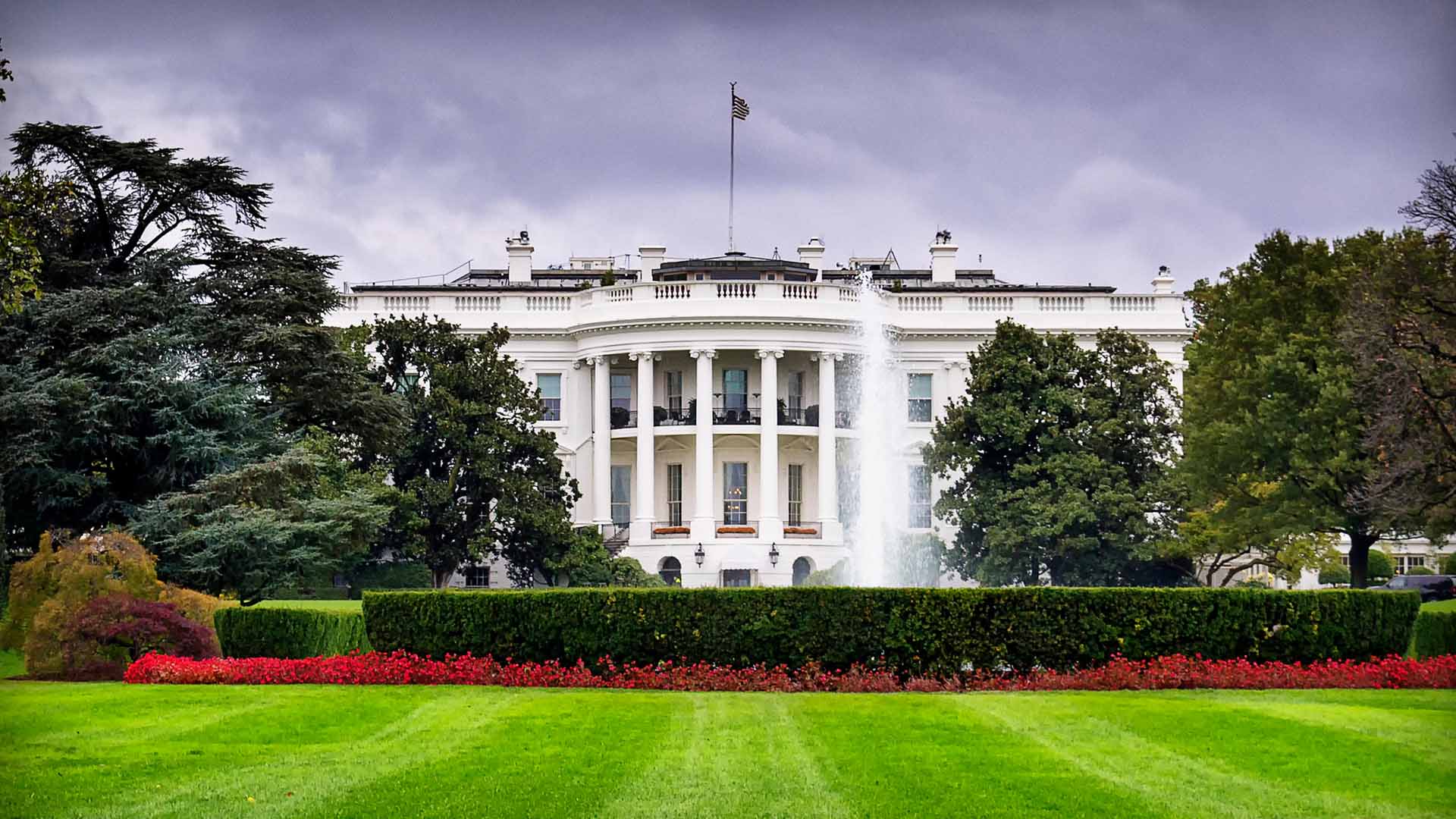 After breakfast, prepare for a visit to the White House and the Washington Monument. The majestic white structures would leave you awestruck. Time to relax a bit at the Tidal Basin where not a lot of visitors plan to go and that’s exactly what makes it serene. Maybe rent a paddle boat for an hour and admire the beautiful place you’re at. From here, you can either add National Space and Museum or Lincoln memorial – both look awesome at dusk. About time to put that draining camera battery and those tired muscles at rest, so lie down and take rest for a journey all the way to Orlando the next day.

The magical city of make believe welcomes you with nothing but action throughout. After tons of photographs and sightseeing, time for some fun. Orlando is one of the prime destinations for a family holiday in USA and at the same time for an adventure holiday in USA as well. 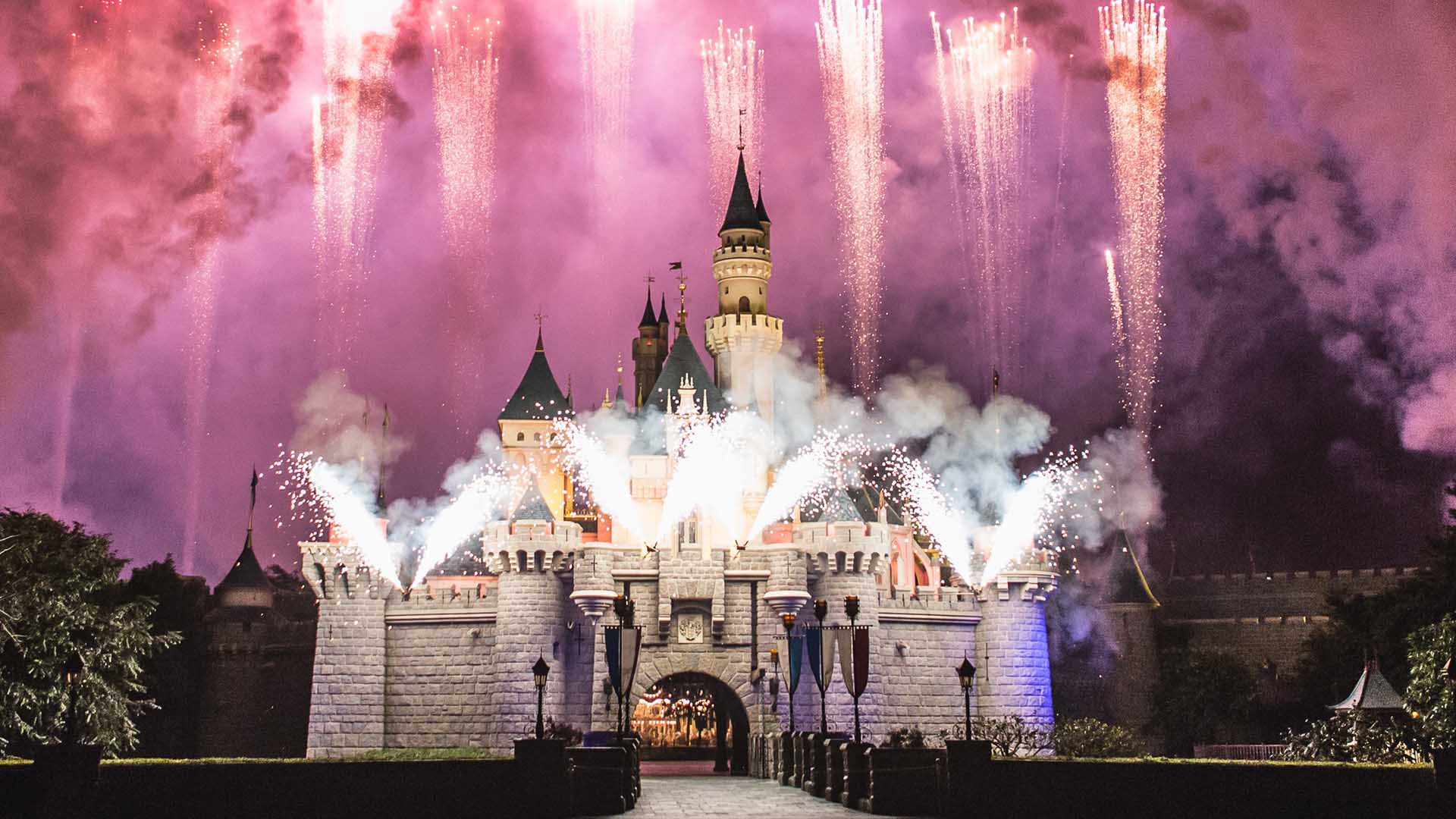 Leave for the Walt Disney World where glorious castles are showcased. Dive in the water parks, kick up your adrenaline by taking thrilling rides, watch the spectacular dolphin show and experience an upside-down stroll at the Wonder Works. After the thrilling adventurous day, eat at a nearby Disney themed restaurant and shop for Halloween costumes or pick some super cool superhero mementos. 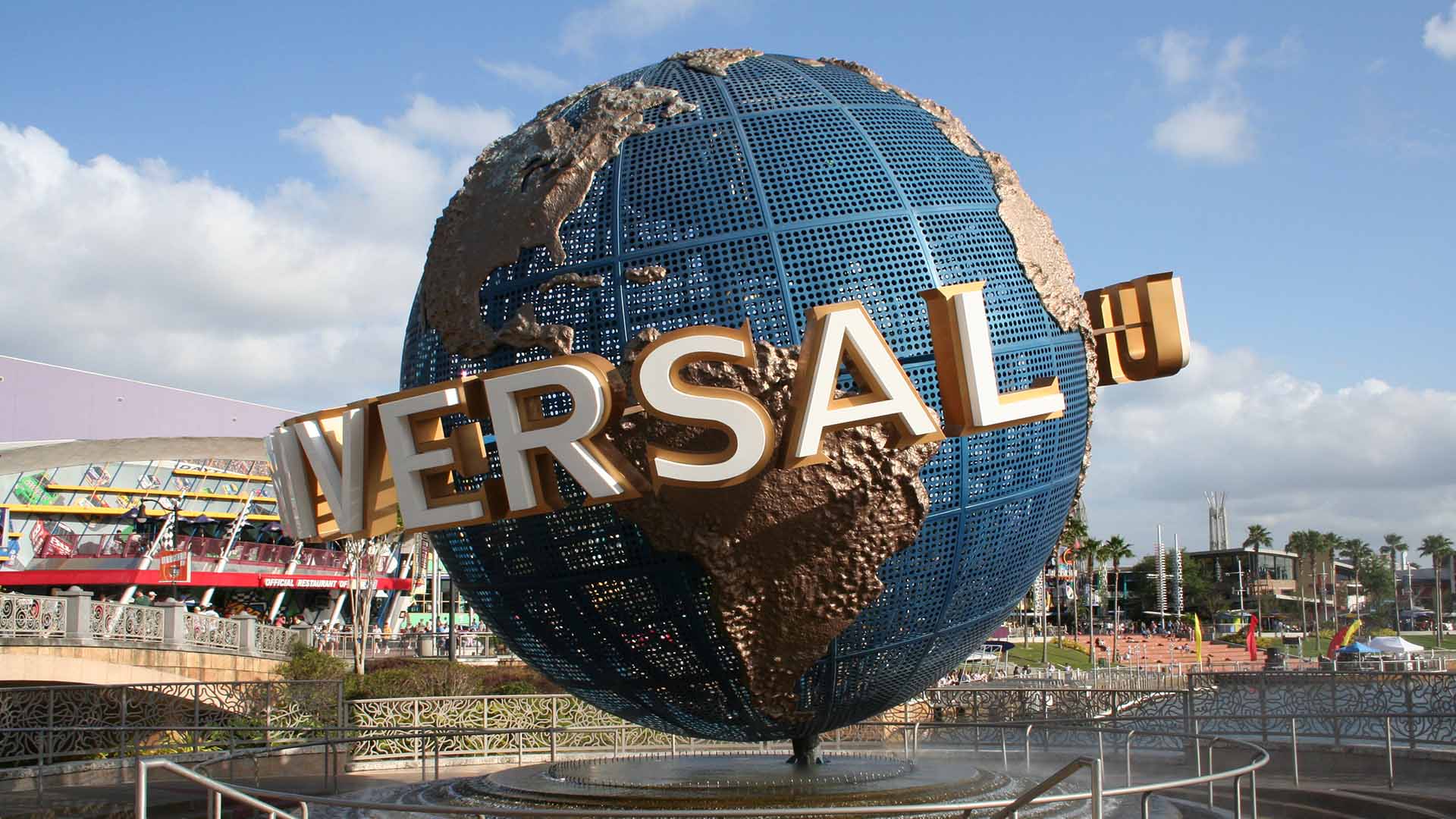 Leave in the morning for a tour to the Universal Studios where Hogwarts and tons of mystical characters await you. Spend some time if you have any left in Lake Eola Park and International Drive. Leave for Miami in the evening. There’s the option of taking a train or a flight to Miami; takes around 4 hours. Check in to your hotel in Miami- the beach capital of USA which happens to be one of the world’s most popular vacation spots. 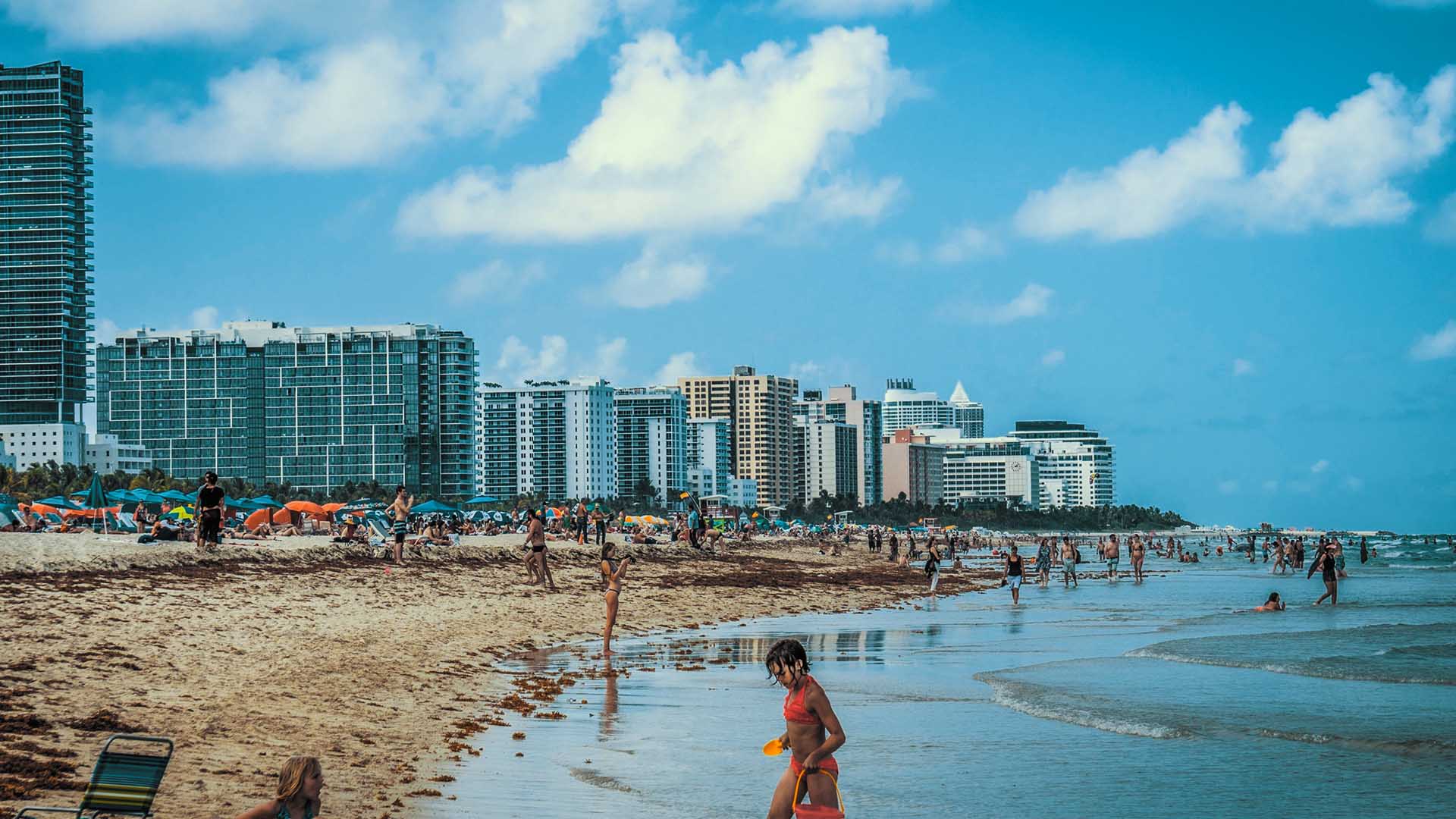 Miami’s plush hotels and breezy roadways are a delight to drive on. Out of the many beaches of Miami, head to the 21st-45th Street Beach which lies ahead of the South beach chaos for a dip. Stroll away to the amazing jogging and people watching spot- Miami Beach boardwalk. 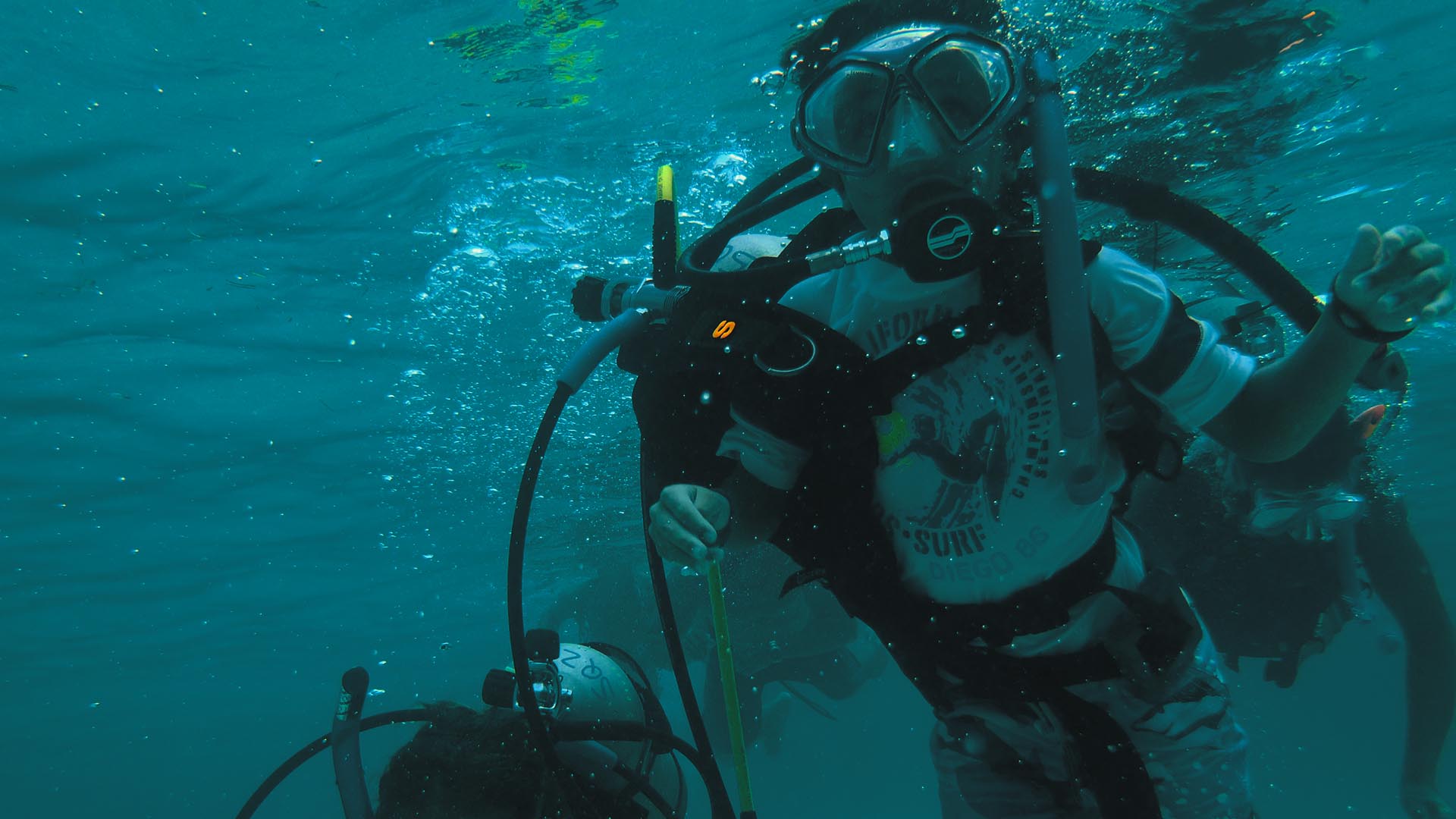 Also known as a diver’s paradise- Miami also makes for an adventurous holiday in the USA with tons of water sports including scuba diving, snorkelling or you name it. The beach cuisine is a mandatory inclusion. Get into shorts and slippers for the trendy nightlife at the famous Miami beach for the night.

Board your morning flight to San Francisco. It takes around 7 hours from Miami to get there. Check in to your hotel and take some rest only to head out in the evening. 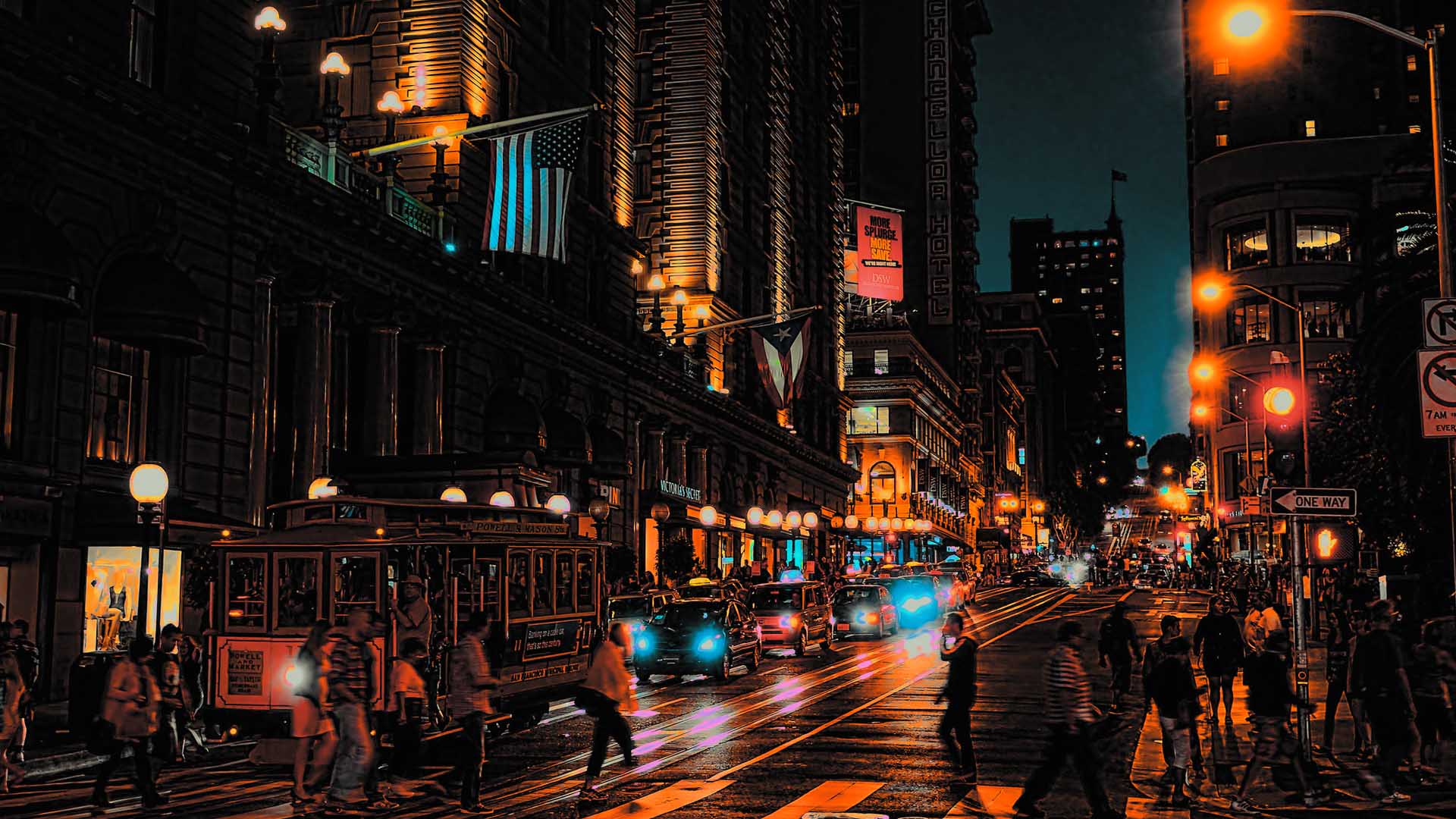 The land of fog with a handful of glitter- San Francisco where an unknown new bliss is always about to happen. Today, leave in the evening to take in the thrilling nightlife of this beautiful city. There’s tons of unique pubs and clubs with their own way of having fun.

There are two ways to get to know this city- by cable car and walking or by trolley. A trolley takes you around all the major parts of the city in a day itself. On the other hand, walking gives you a sense of freedom to explore the most of it. 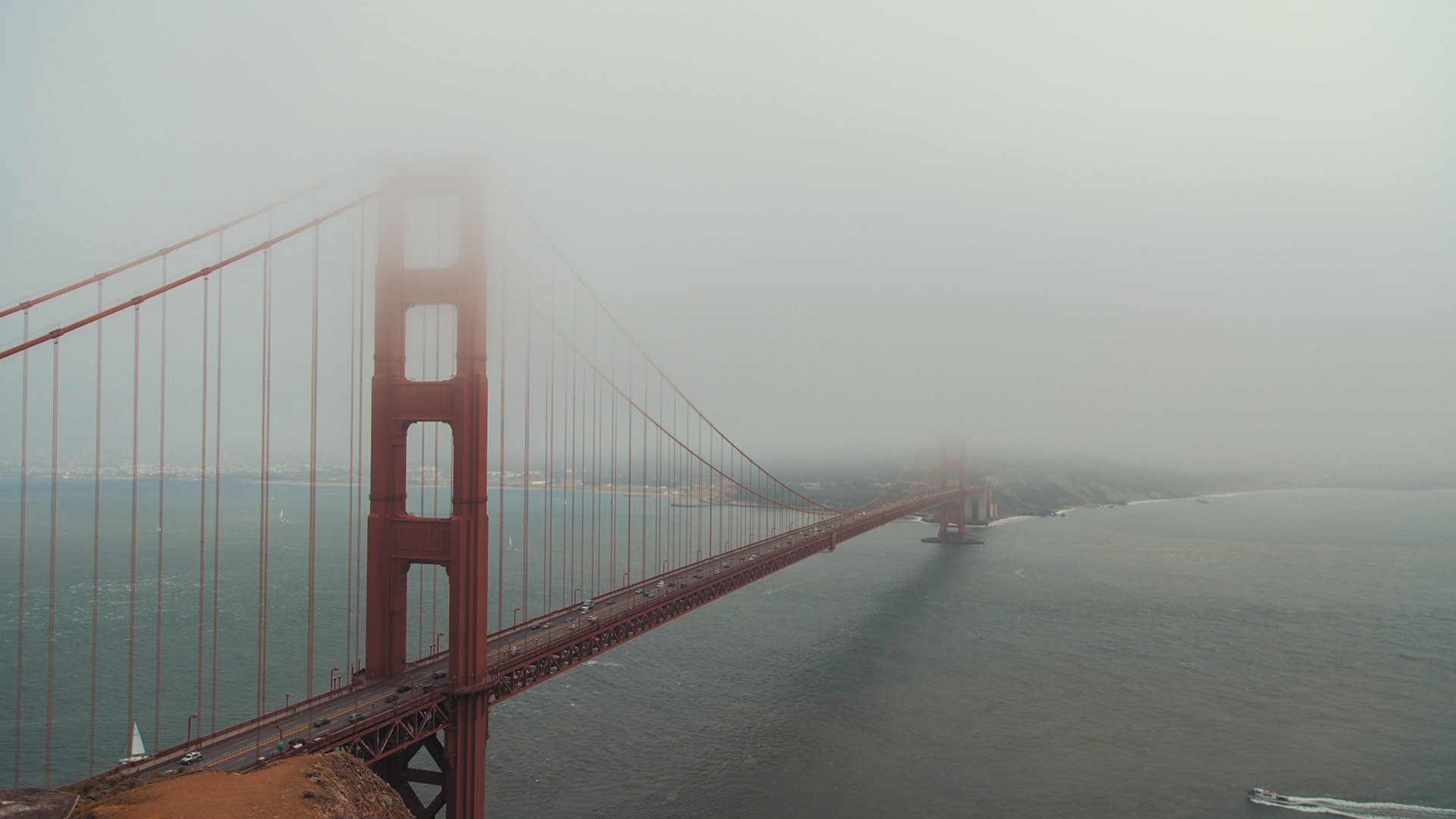 Adore the amazing Golden Gate Bridge and take the most crooked street in the world at your way back. Lombard street looks awesome in the morning sunlight. Next, head to the Union Square and take a cable car after seeing the city-run garage at Fifth and Mission Streets. After crossing California Street, Chinatown and North Beach, follow Stockton over the hill to make it to Pier 39. You can also take a ferry to the Alcatraz Island from the Fisherman’s Warf and enjoy the scenic views there. Make the most out of every day in your USA holiday.

Leave for Los Angeles in the morning. Now there’s two ways of commuting- One is you take a flight and get there in 2 to 3 hours and the other one is you rent a car and take it to a coastal journey along the Pacific Coast Highway which takes around 7 hours. We suggest you take the ultimate road trip and you’ll be greeted by godly and spectacular views all along the way. LA- the city of Angels is a dive deep into the cinematic cityscape. Almost all USA tour packages these days make sure to include this Hollywood spotlight city. 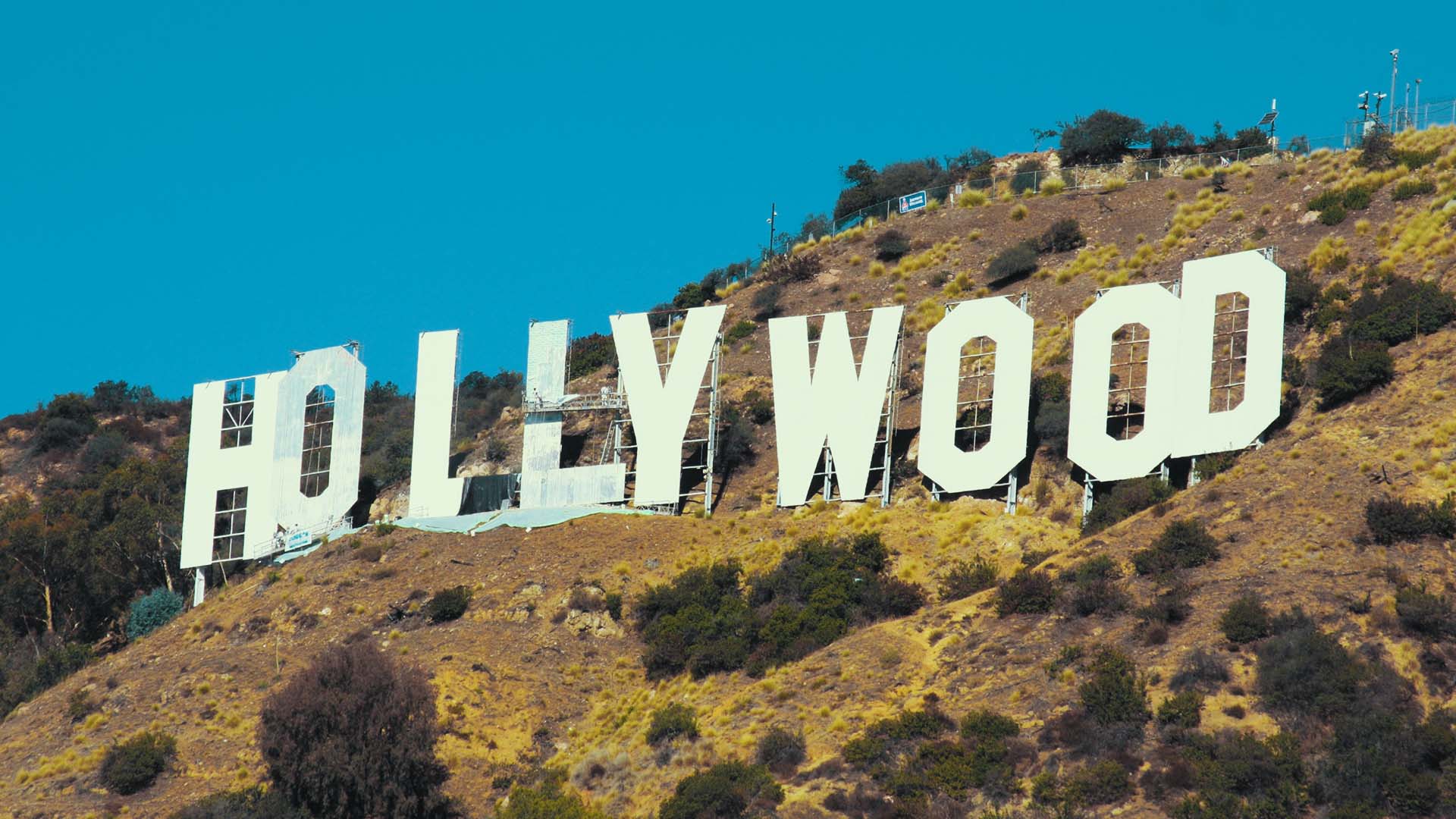 The rest of the day is to relax, and you could visit to the Griffith Observatory in the famed Hollywood Hills where the whole city seems to be wrapped around the glorious Hollywood sign.

Head to the Hollywood Boulevard- the steep mythological east-west street of LA. Tons of famous landmarks on the street include TCL Chinese Theatre, the Hollywood Walk of Fame or Hollywood Wax Museum. Explore Beverly Hills, Santa Monica and Hollywood today. You could also go to the Warner Brother Studios for the day where the magical Hollywood came into existence. Capture your behind the scenes moments to cherish for life.

Take an early flight to Las Vegas where everything is about to get wild. The most vibrant, happening and dynamic resort city in the Mojave Desert of Nevada presents you an experience filled with entertainment, fortune and excitement.

Stroll through the many shops and arcades in the famous Las Vegas Strip. Enjoy a spectacular show in the evening and if you’re feeling lucky, get yourself some chips and place your bets in one of those glittering casinos. Make sure you don’t end up creating Hangover Part 4, so keep your alcohol level in check, after all its Vegas! 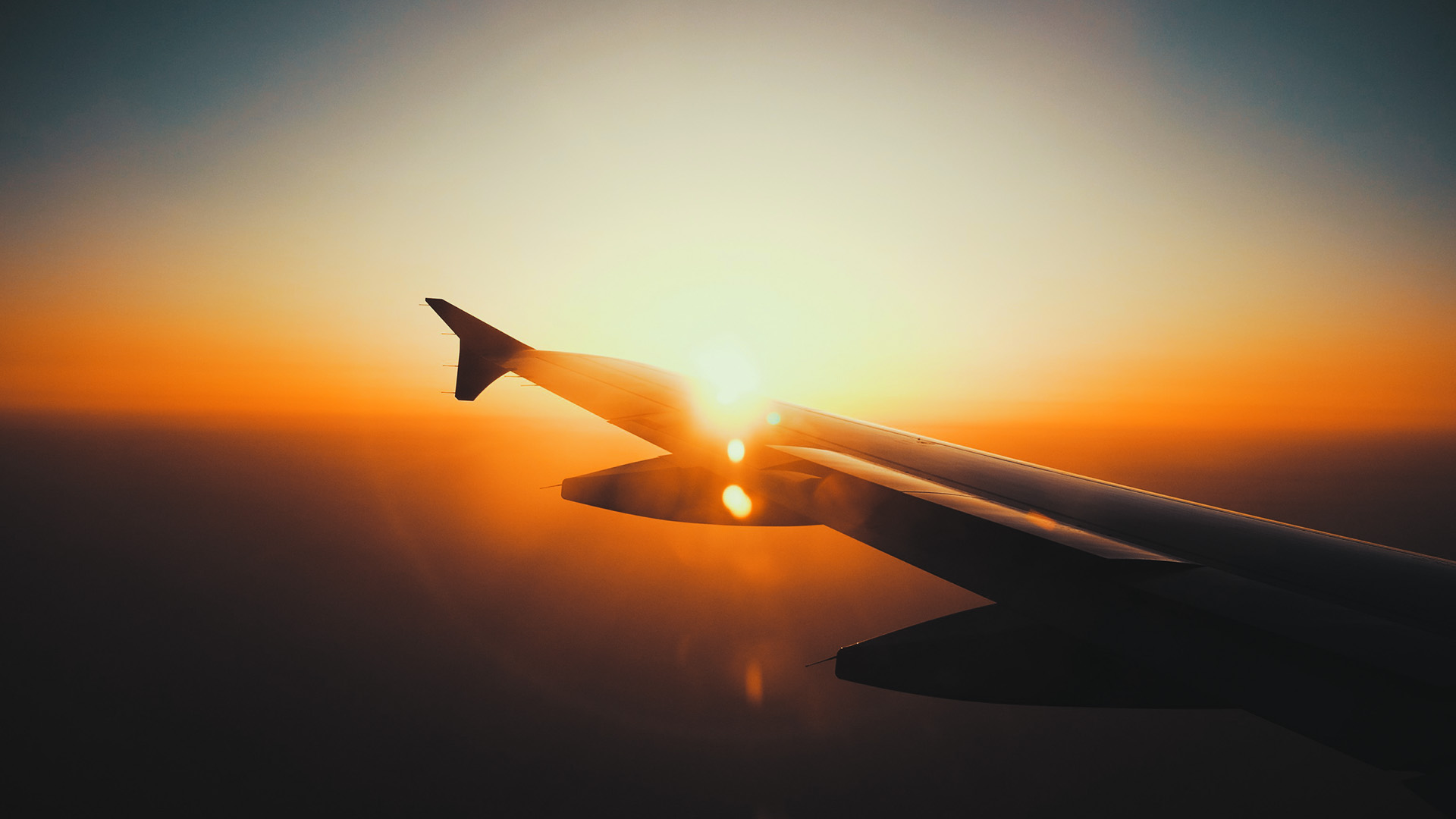 With bazillion photographs on your camera and tons of beautiful memories for life, your USA holiday concludes today. Don’t feel weird if you’re not feeling homesick already because the United States of America has just too much in its treasury which makes you want to have it all. Head to the airport and get your much heavier bags tagged to board your flight.

What to see during your first visit to USA