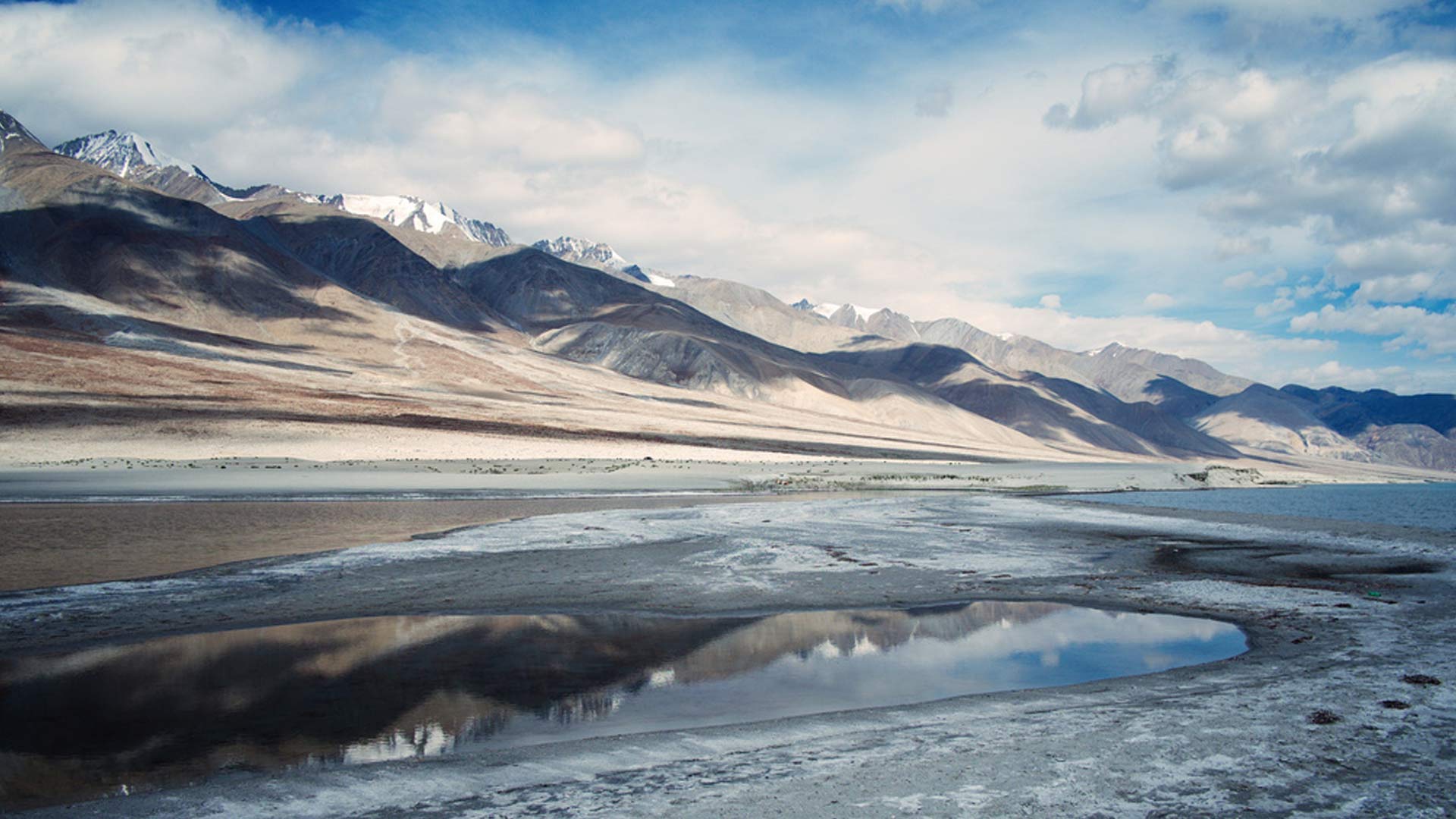 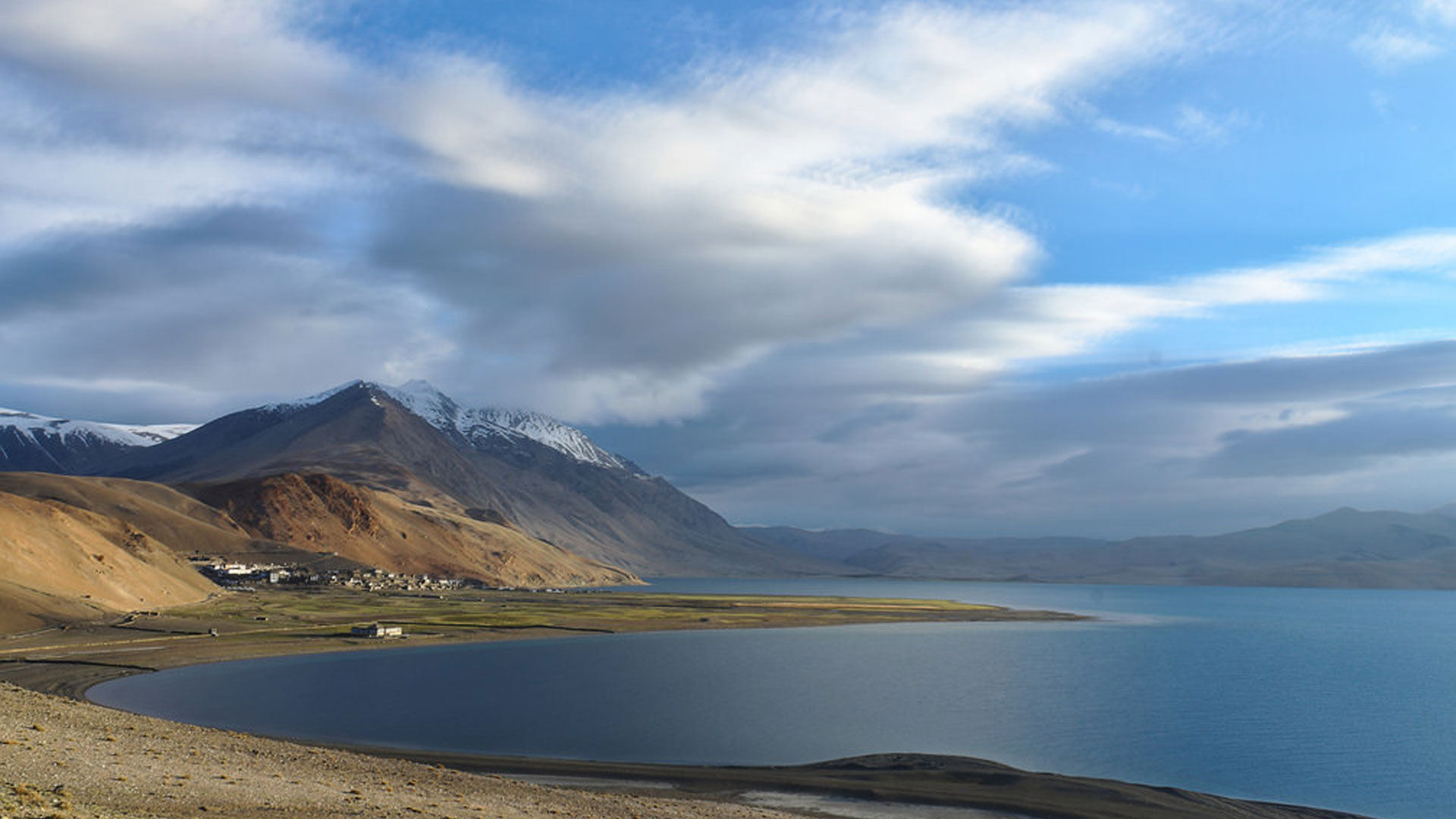 During the planning of most of Ladakh holidays – the decision of visiting the Khardung La Pass is almost unanimous. After all, who doesn’t want to see the world’s highest motorable pass. While this is one of the most popular things to do in Ladakh, once you cross the pass, you’ll reach Nubra Valley. It is one of the offbeat places to explore in Ladakh, with many of the places still unexplored by tourists. With an average altitude of 3048 meters, these villages have a very low population density. Most people halt at Diskit, the commercial capital of Nubra for a night after crossing the pass.

Formed by the Nubra river and Shyok river joining – Nubra valley is wide, open expanses of desert. It is the beautiful coloured vistas on the drive which makes for so many Ladakh road trip photos. It is untouched villages, tremendous stretches of sand and lakes. With no signal connection and a ticket away from all the modern ways of life, you’ll feel like you’ve entered a new age. The very famous Pangong lake is situated in vicinity to the valley. There are various other water bodies to see and admire in Ladakh, which remain unknown.

Here are some reasons why Nubra valley should be at the top of your to do list in Ladakh.

Nubra Valley is home to some of the most isolated, and offbeat villages in the Ladakh region. Lying on the scalp of India, the villages in these parts have largely been cut off from civilization. Being inaccessible and secluded from rest of the region, these villages have some of the purest untouched versions of beauty.

The remote villages around Nubra Valley are like a dream come true for every photographer. The landscape is so vivid and outstanding that every shot you capture would end up on your photography profile. The locals are so amicable and welcoming that they would not hesitate to get their photographs clicked. In fact, they’d pose for you and be delighted to see their awesome photographs. 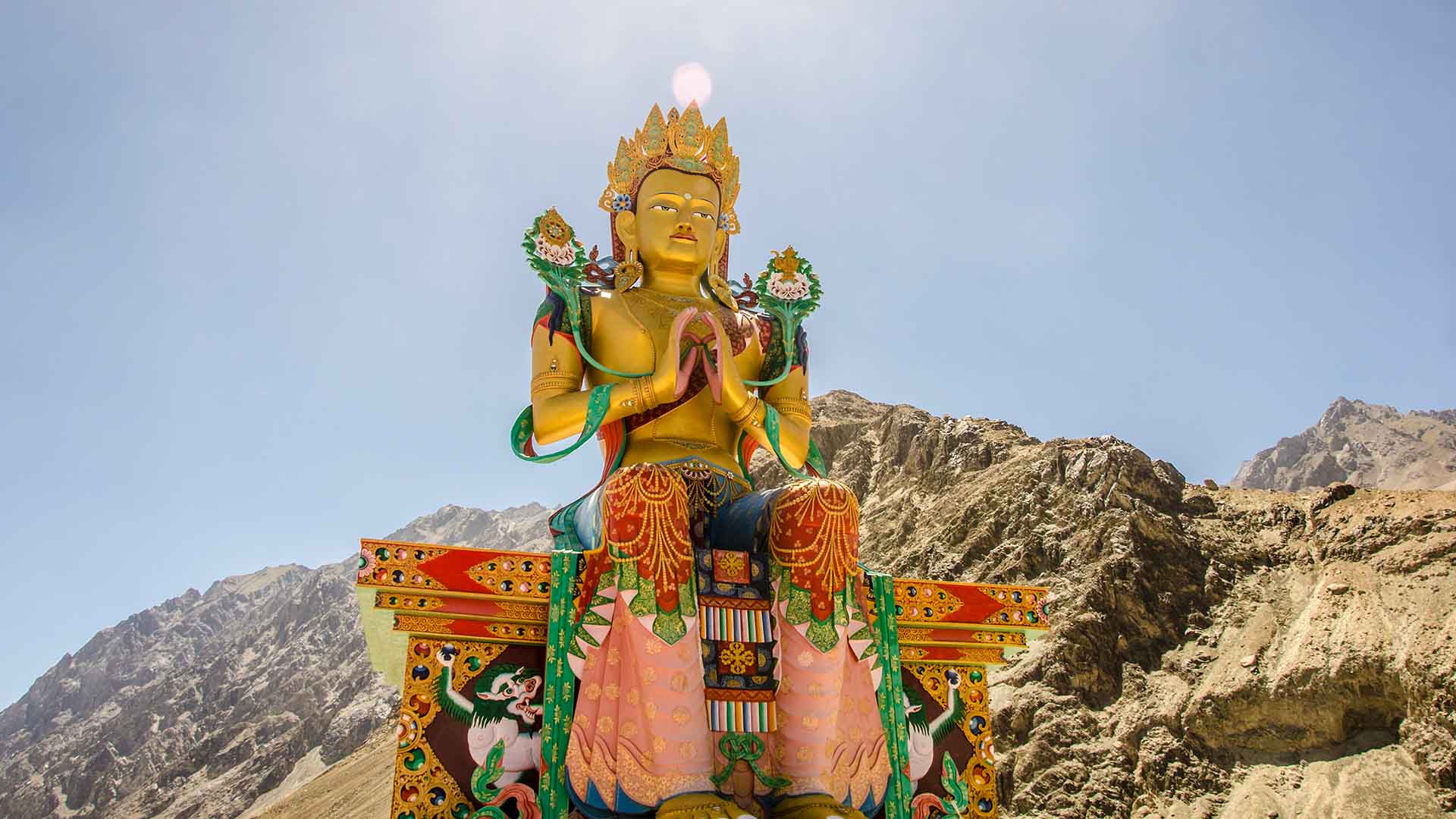 Diskit, the commercial capital of Nubra, is about a 120 kms from Ladakh. You will be staying the night here if you plan to cross the Khardung La pass. But don’t just leave the next day. A comprehensive list of attractions in Diskit makes for a stay.

Diskit is the home to the Diskit monastery, the largest and oldest in the region. It is culturally one of the richest monasteries in Ladakh, with many murals, inscription and textures. It also has the tallest Buddha statue at a 106 ft! There’s also a Lachung temple close to the monastery. The serene surrounding and the peace this place offers in unparalleled, hence it’s a must visit. 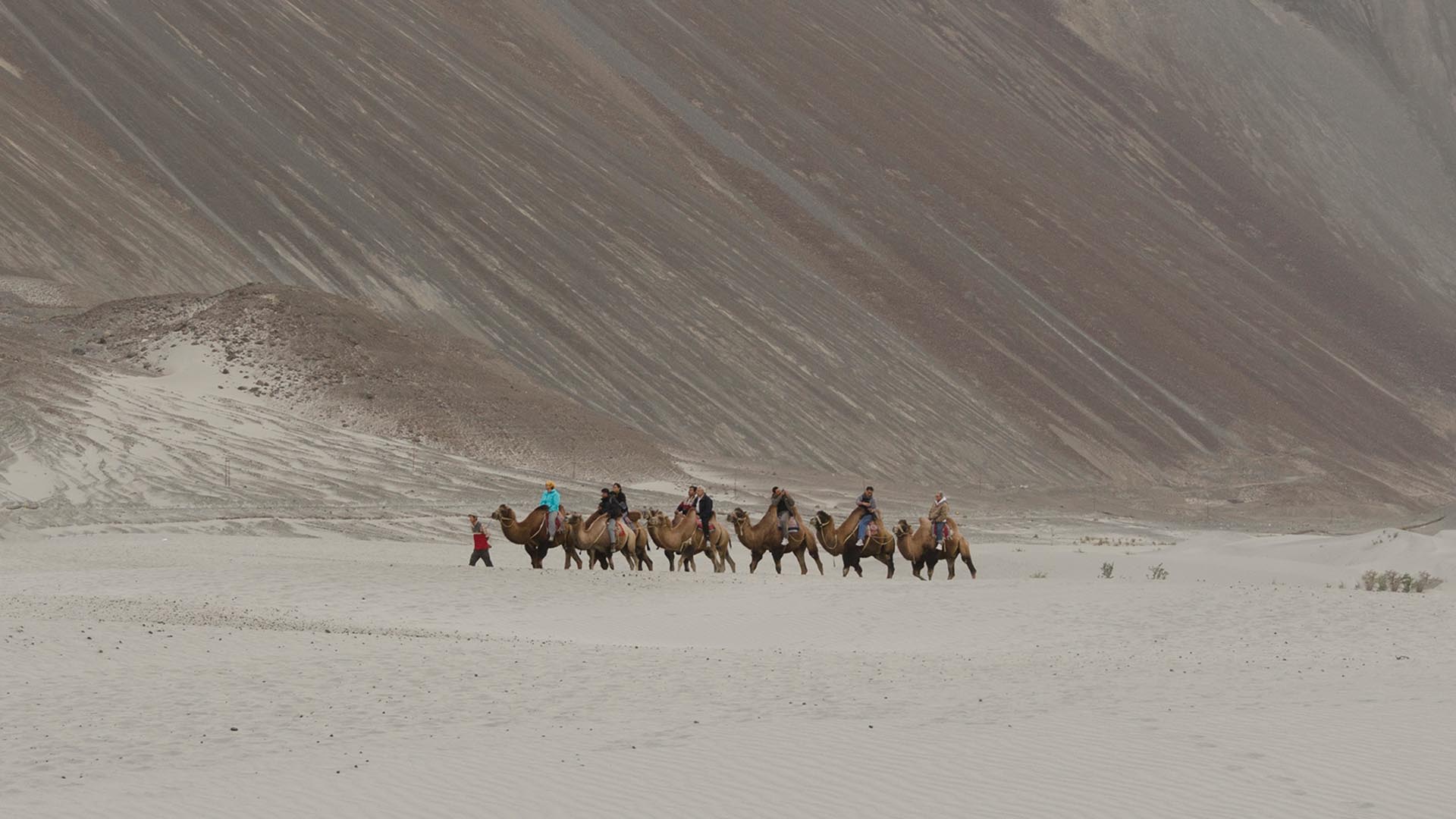 Camel Safari is always perceived to be an excursion into the vast stretches of sand in search of oasis but here in Nubra lies a whole different experience with magnificent mountains all around the desert and double-humped camels. Nearby diskit, where the Shyok River meets the Nubra, lies an oasis village, Hundar.

Hundar is surrounded by massive sand dunes – and the camel safari here is one the famous things to do in Nubra Valley. The safari, which is done on Bactrian double humped camels, gives one an eerie feeling of a desert at such a height, at almost 10,000 feet. Due to this reason, it is hundar is sometimes called ‘The Desert in the Sky’. 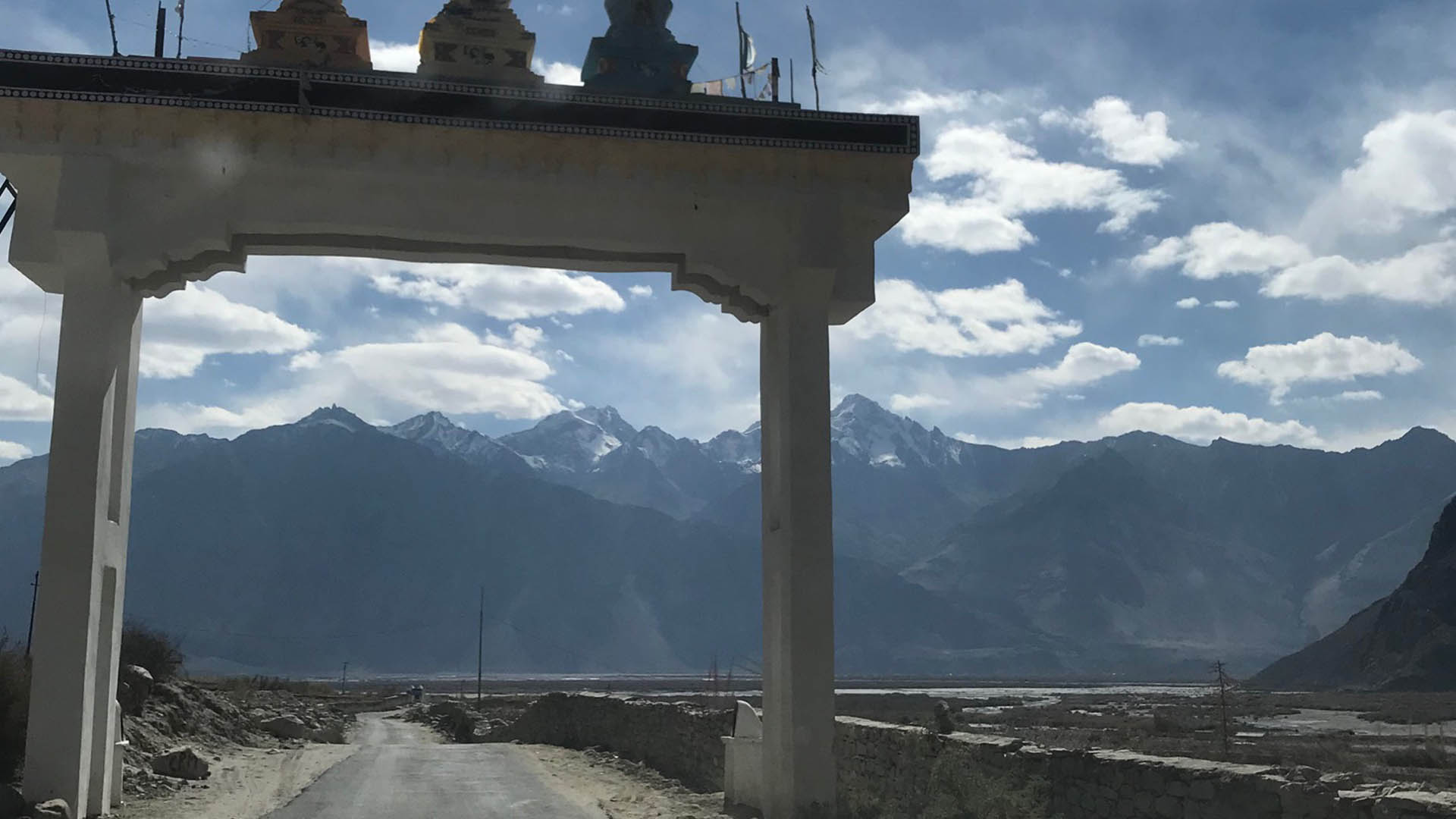 Another unknown village that lies in this area is Sumur which is home to about 40 odd families. Sumur village is another peaceful village, lost in its time, with the people living alongside nature, making do in the cold, barren desert. Sumur is the starting point for plenty of treks to higher attitudes with awestruck monasteries and villages at the apex.

One of the major attractions here is the Samstanling Gompa, which is a holy and revered monastery in the area. It is also one of the important Gompas of Nubra valley, and you need to trek about 45 minutes to reach Samstaling. The amazing trek offers tons of serene and peaceful views of the valley. 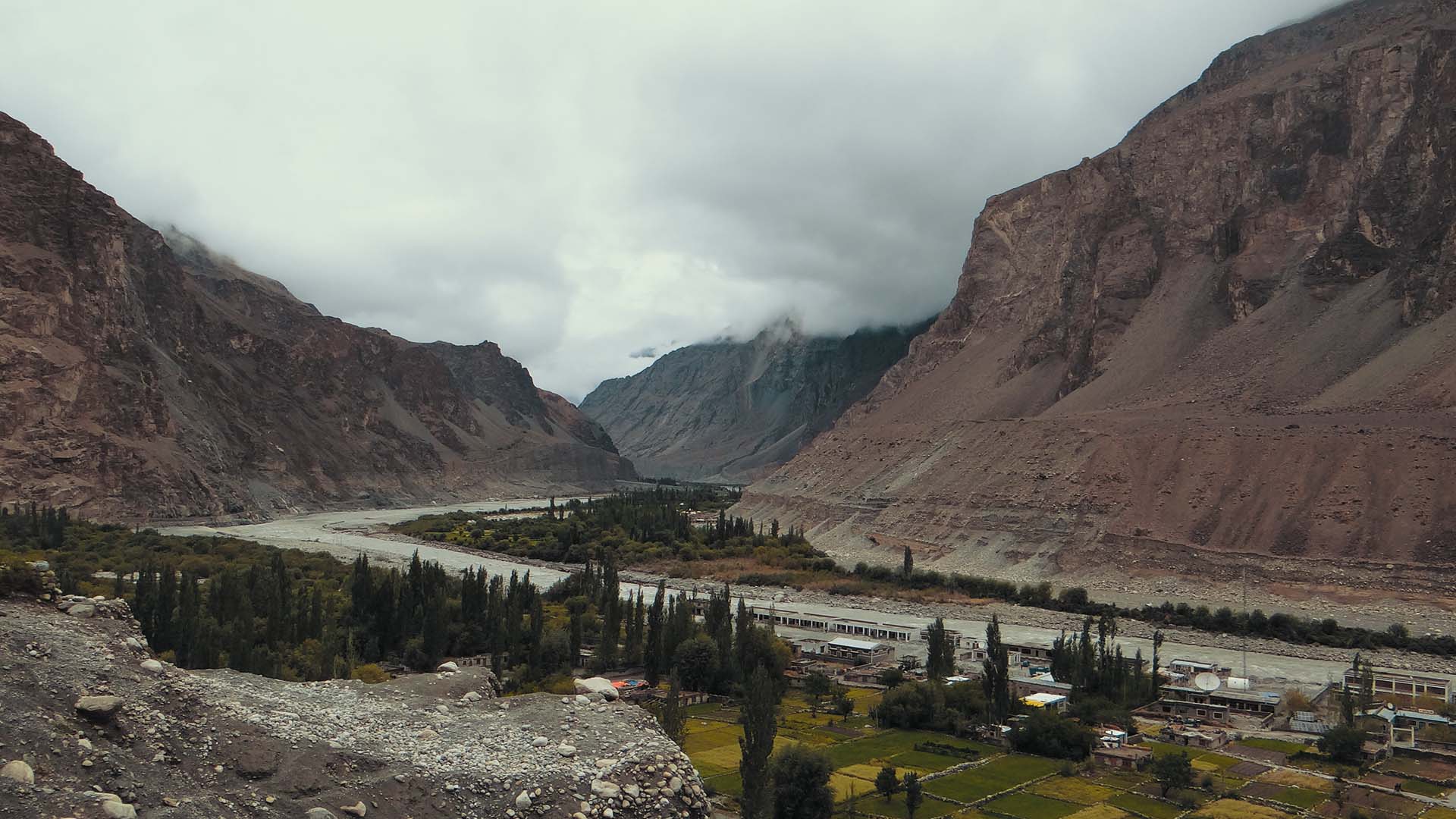 If you go beyond Hundar, you will be treated by a landscape which is unseen in the rest of Ladakh, and people which are unseen in the rest of India. Turtuk, India’s northern most village, lies nearby to the line of control between India and Pakistan, and is one of the most unexplored places.

The landscape here is surprisingly green, the soil fertile, with Turtuk being the largest apricot producer in Ladakh. You’ll be greeted by fields of apricot, and people speaking Balti language – one that is spoken in the neighbouring Baltistan region of Pakistan. Balti is an old language and uses sounds and symbols which bear resemblance to those of Persian and Iranian languages which are no longer used.

Though Buddhism is the major religion in Turtuk, it features a mixed culture influenced by the Tibetan, Indian and the Muslim way. This also explains the unique physical features of the people you’ll see here.

The Lakes, Springs and Glaciers

The Panamik hot water springs – are a natural occurring spring at about 10,400 ft above the sea level. Imagine standing in an ice cold mountain desert – and when you take a dip in the water, it is hot! Mystical, right? These springs have a high amount of sulphur infused in them. It is a natural remedy for ailments like rheumatism and arthritis. In other words, it is one of the most relaxing moments you’ll ever have in your life.

Panamik is also one of the best places to shop for Kashmiri winter wear. The world-famous shawls and scarves, which are sold at exorbitant rates around the world, can be found at very reasonable prices here.

Near the Panamik village lies the Siachen glacier – famed to be the world’s highest battlefield where India and Pakistan have regularly skirmished. Since it is a war sensitive zone, tourists are not permitted to visit this beautiful glacier.

Another unknown gem in this area is the Yarab Tso Lake, which is situated close to both Panamik and Sumur villages. While not a huge as the other famous lake, this lake has surreal, transparent water – it is not frequented by many tourists. Due to this factor, there is an unusual serenity and a peaceful atmosphere around the lake. Isolation seekers, and offbeat enthusiasts, if you’re looking for a lake to visit in Ladakh, this is for you!

You will find some locals here, as it is believed that a wish made at this lake with a pure heart will come true.

And if all this is not enough 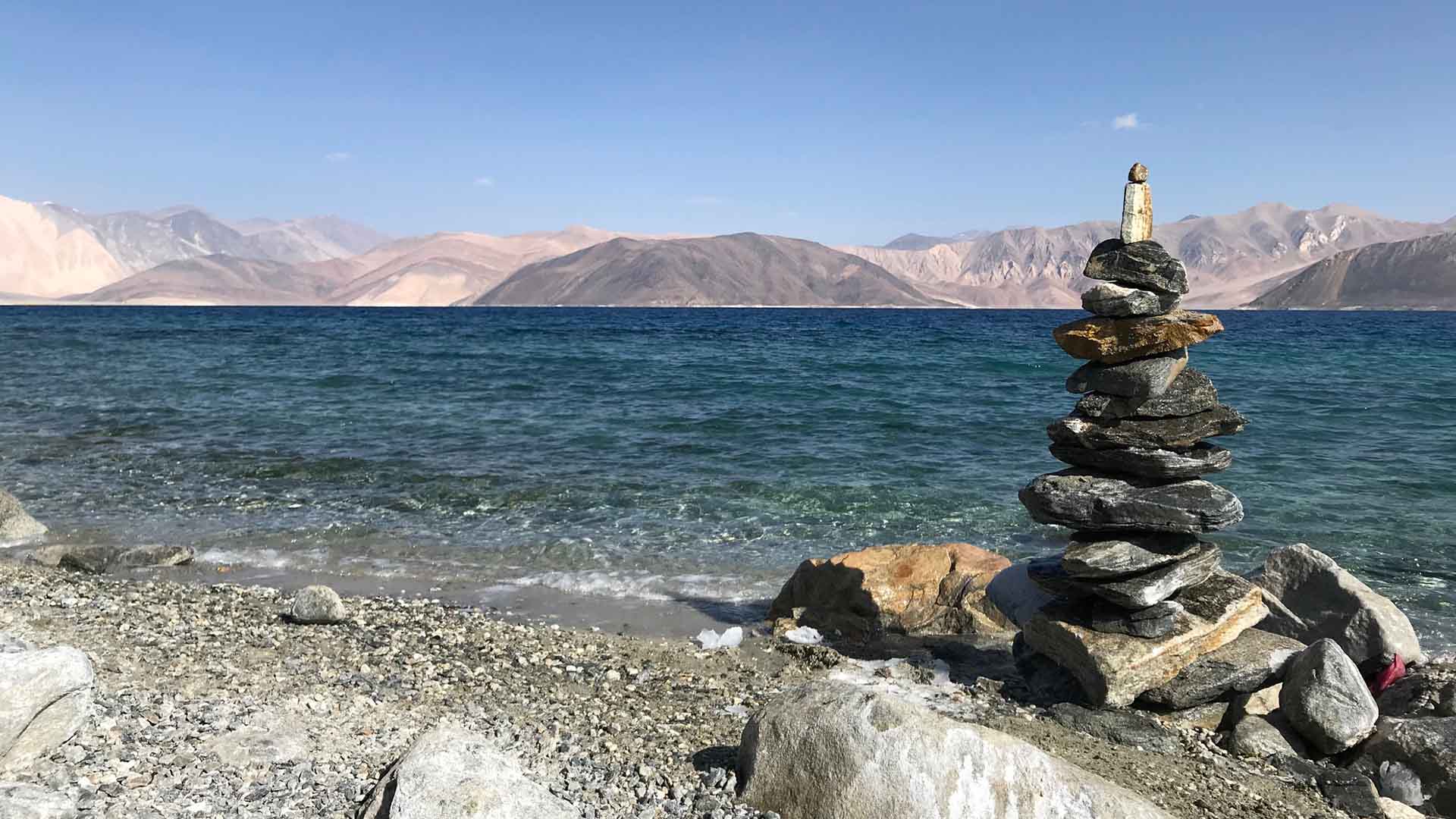 Ever since the famous Bollywood movie, we all know of the blue Pangong Tso. In fact, that is what Ladakh has become famous for. The vast serene never-ending stretches of still blue water with the bed totally visible underneath. The view is just eternal and this is as simply put as it can be.

The tranquil Pangong Lake is accessible from Nubra valley throughout the year except in July and August when the road remains closed due to rains. Around that time, you should take the road back to Leh and then head to Pangong Lake. The direct route from Nubra to Pangong has Shyok village on the way where you can relax and enjoy the amazing scenery and tranquillity of the Shyok river.

Nubra valley does offer you with many things to do, and unknown places to see. Despite all this, the geography of the place simply is a factor which makes it a must in our list of things to do in Ladakh.

The Nubra Valley is characterised by wide, open lands – with colourful lands for most parts. While driving here, you will get the feeling of the vastness of the land, and at many times, of being such a small part of it.

To take the full Ladakh experience, with miles and miles open road and breathtaking views, offbeat Ladakh is the way to go. Since Ladakh is being thronged by all the tourists with Ladakh tour packages, Nubra Valley is still one pristine place you can experience Ladakh, the way it’s meant to be.

At night, lie under the sky and take in all the magical wonders of our universe with a crystal clear DSLR view to the milky way. With no pollution whatsoever, a bazillion stars congregate forming millions of constellations in your eyes- An unforgettable experience like no other.

Those were our reasons to love Nubra Valley. Will you be visiting Nubra on your next trip to Ladakh?