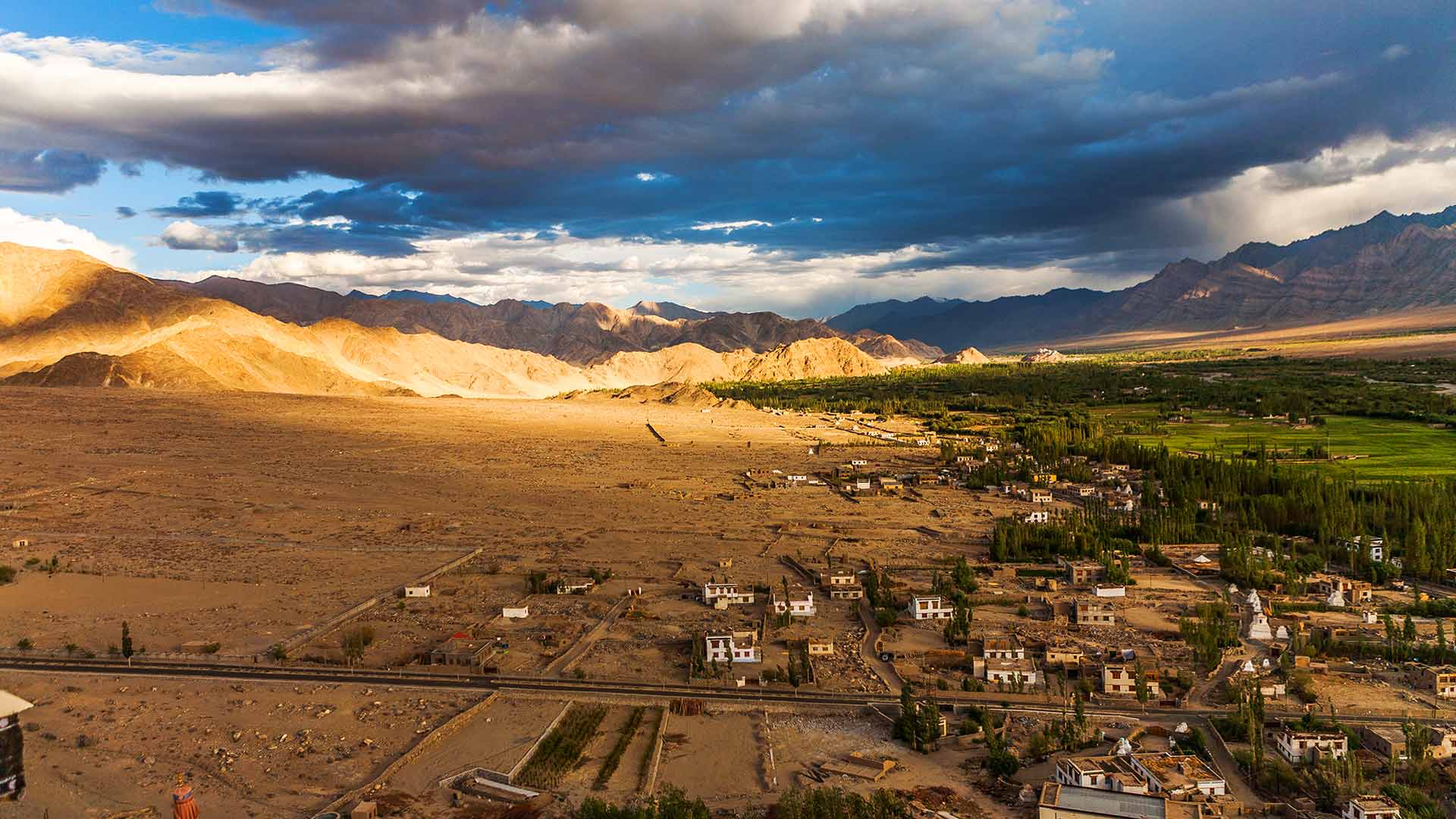 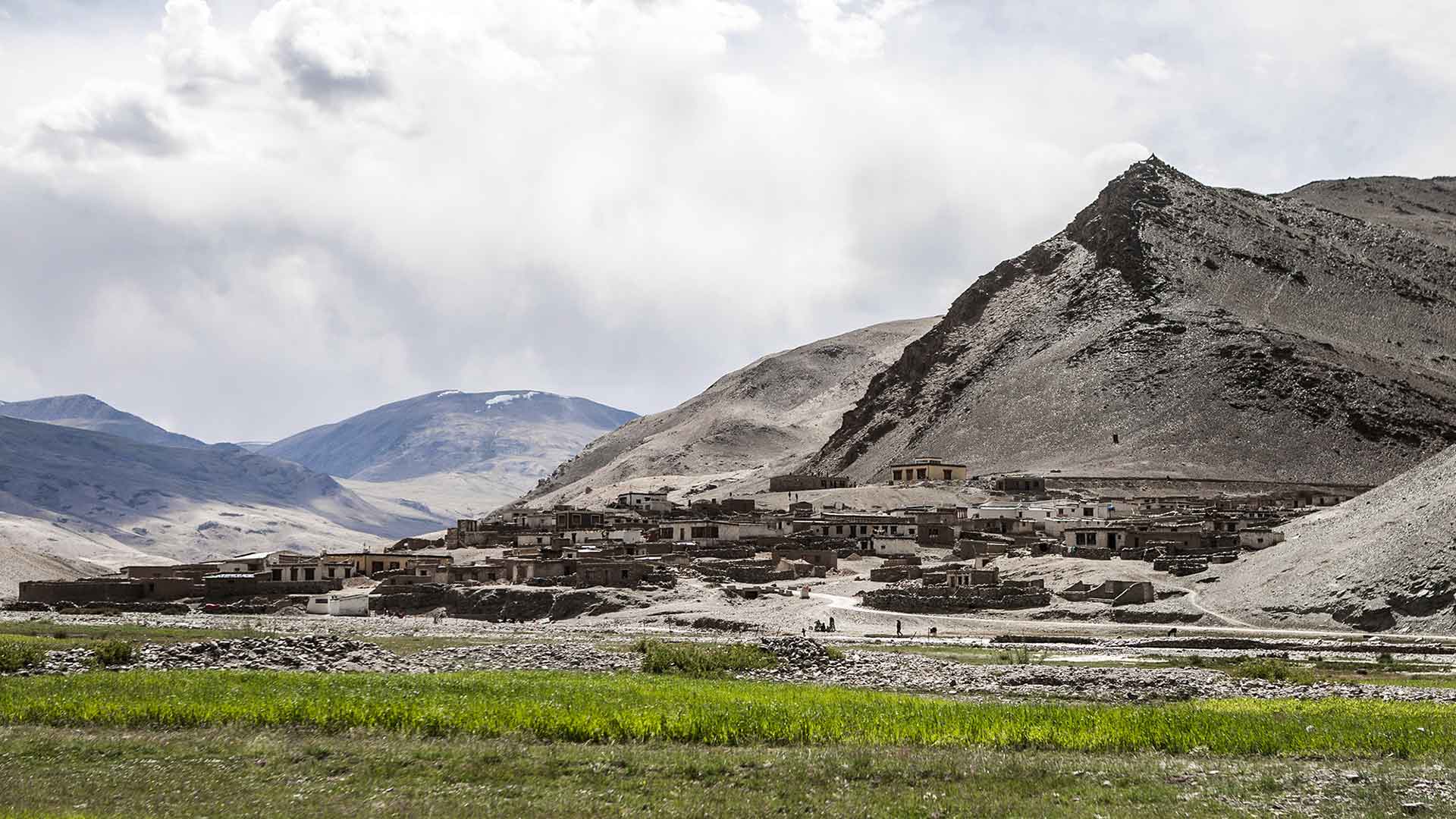 When you hear the name Ladakh – the picture that often pops in your head is barren mountains, the world’s highest motorable pass, and an azure blue lake made famous by Bollywood – the Pangong Tso. But Ladakh is much more than just these. To the eye of the keen observer – offbeat Ladakh is where you will find the true gems of Ladakh – the places where the Ladakhi culture still courses through, unbridled, untamed and wild – much like the land that it occupies. Ladakh’s villages, most of which are still unexplored, are the places you should be looking out for as you plan your next Ladakh holiday.

Here’s a guide to 6 of the most isolated and offbeat Ladakh villages: 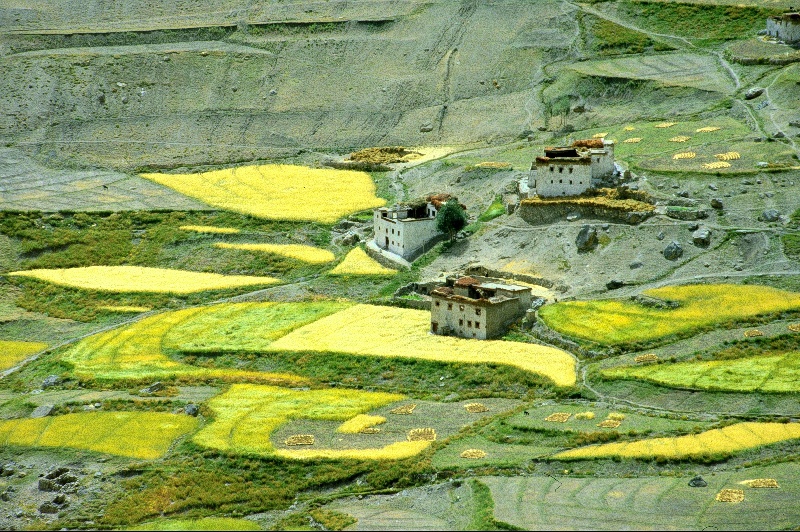 A village that’s almost 900 years old – Linghsed is home to one of the oldest and most culturally rich monasteries of the same name, this village has mostly been remote from civilization. To give you an idea – the village didn’t have electricity until the last year. Volunteers from the IEEE smart village initiative installed solar lights in the village monastery and school last year, which is now fondly known as the ‘solar school’ in the area.

Lingshed is situated about 224 km from Leh. To reach there one must take a taxi from Leh to Photoskar – from where you have trek for 8 km. Not an easy 8kms – in this short span you walk uphill and downhill certain times while crossing two mountain passes at about 15000 ft!

Another route you can visit Lingshed from is if you’re doing the Chadar trek. You can take a full day detour from Nyrek waterfall and visit in the village, which feels like its back in time. The feeling of being away from modern life, simpler pleasures and pure-hearted people here makes it a definite must visit on our list.

Not so much of a textbook offbeat village – Padum is the administrative capital of Zanskar Valley. The reason why Padum still makes it on our list of offbeat places to Ladakh is the unknown gems in the area which surrounds the village.

Phuktal Monastery has been gaining slight popularity over the years. It is, geographically built in one of the most unique places – in and around a cave formation in the Cliffside. The architecture here, which weaves in and out of this cave formation (due to which it is also sometimes calles “Cave Monastery”), will leave you short of words.

Sani Monastery is one of the 8 holiest Buddhist sites in the world in the world – located about 6kms from Padum. The drive to Sani offers beautiful views – and a serene, isolated lake which is located near the monastery.

If you want to go for something more than panoramic views of the Valley around you, you can visit the picturesque Sheela Village waterfall, situated about 8 kms from Padum. 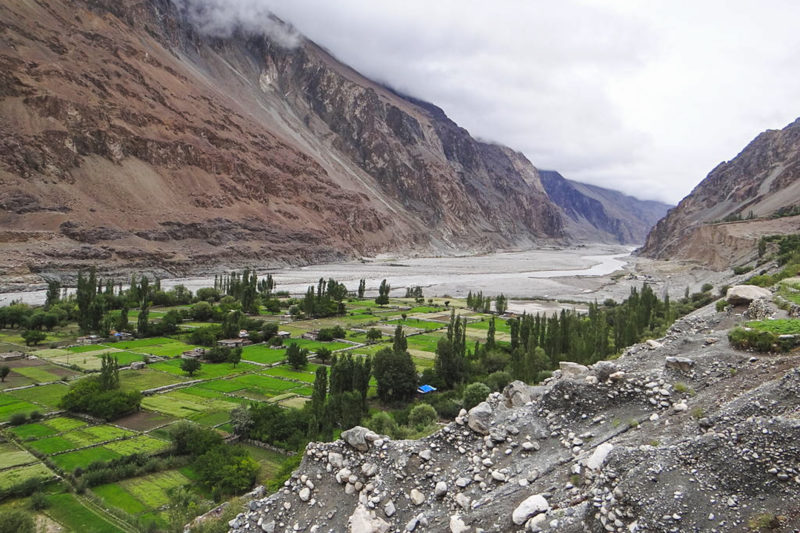 India’s northernmost village, Turtuk lies in the Baltistan region, most of which is in Pakistan. In fact, this village was once controlled by Pakistan, until 1971.

It is the last village in Ladakh after which lies the line of control between India and Pakistan. Understandably remote, the location is not the only thing unique about Turtuk. The people here speak Balti language, which is a mix of Persian and old Tibetan sounds which are no longer used in the Tibetan language.  This indigenous group of people are the last that know of this language.

The unique mix in the language suggests Persian and Iranian descents for the people here, you’ll also get that feeling based on the how they look.

Apart from being this wonderful, offbeat gem of Ladakh Culture, Turtuk is also the largest producer of apricot in the entire Ladakh region. While here, you can gorge on an endless supply of fresh apricots, right from the fields!

Situated at about 30 km from Leh, Nang is one of the agricultural villages in Leh. It has the traits of an offbeat Village in Leh – not on most people’s list of places to visit in Ladakh, preserving a unique culture of its own. And of course, surreal panoramic views of the mountain desert that can be found all across Ladakh.

So what makes Nang special?

Nang has been facing water shortage, like many other villages in Ladakh, due to the receding rainfall in the past years. The fact that Ladakh is a mountain desert with an average 100mm rainfall annually doesn’t help either.

To battle this shortage and save their crops, the villagers here have built their own artificial glaciers. You read that right! They’ve built embankments in the streams, to hold the water. As they freeze over in the winter, they form artificial glaciers.

These picturesque views and the industrious people on Nang make it a yes on our list. 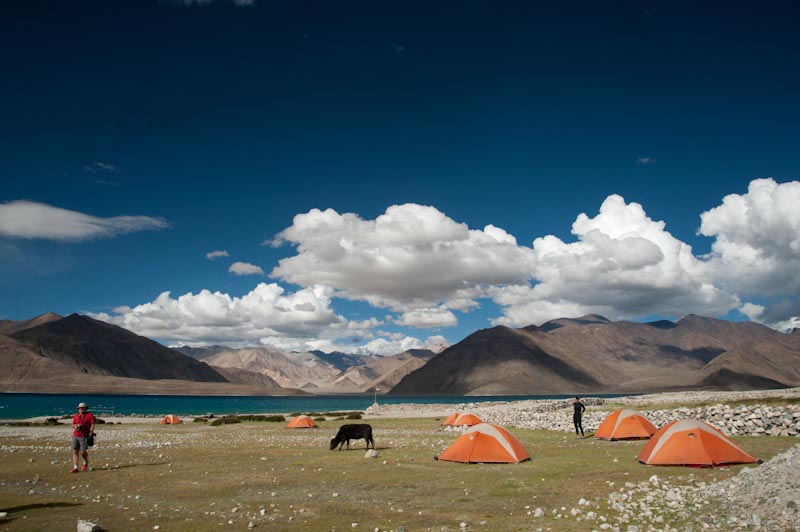 Often called the ‘the last authentic part of Pangong Tso’ – Merak village should definitely be on your offbeat Ladakh itinerary.

Everyone loves Pangong Tso – the serene blue waters, the mountains beyond, the amazing views make it a must visit in Ladakh. But most people will visit the Spangmik and Man villages – it results in these places being crowded and filled with tents.

If you’re looking for something in solitude, somewhere to experience the real essence of an azure lake in a barren mountain desert – Merak is for you. While the drive to the village can be arduous, it offers mind-blowing views.

The village itself, an intriguing network of grey stone walls, is situated at the snow-clad foothills of the mighty mountains in Ladakh. The people here will welcome you into their homes like their own – and you can get a real experience of Ladakh while you stay with them, cook with them and eat with them.

A night stay at Merak is recommended, as it makes for one of the best stargazing spots in the country.

Spangmik and Man villages are the villages where you’ll find comfort near Pangong Tso. Merak is for the people looking to go away from crowds. For the people who want to take it one step further, there is Chushul village, the last village on the Indo China border.

Lying on the road further to Merak – the drive to Chushul is something you will remember for a lifetime. Since you’ve already left most of the tourists behind at Man, you will hardly find any human being on the road after Merak.

Just the barren desert, the endless sky, the magnificent mountains and you. You’ll occasionally also spot the Tibetan wild ass or two as they come in India fleeing from Tibet (where they are hunted for meat).

You’ll find more signs of life and vegetation once you reach Chushul valley.

Chushul also a war memorials, where one can go and pay their respects to the soldiers who sacrificed their lives for the country. Rezang La is a mountain pass on the south-eastern approach to Chushul valley, and this was the site of the last stand of the Kumaon regiment in the India-China war in 1962. The regiment was lead by Major Shaitan Singh, who was awarded a posthumous Param Vir Chakra for his valor.

So there you have it – the most unexplored and offbeat villages in Ladakh. Which ones will you be visiting on your next Ladakh Holiday?