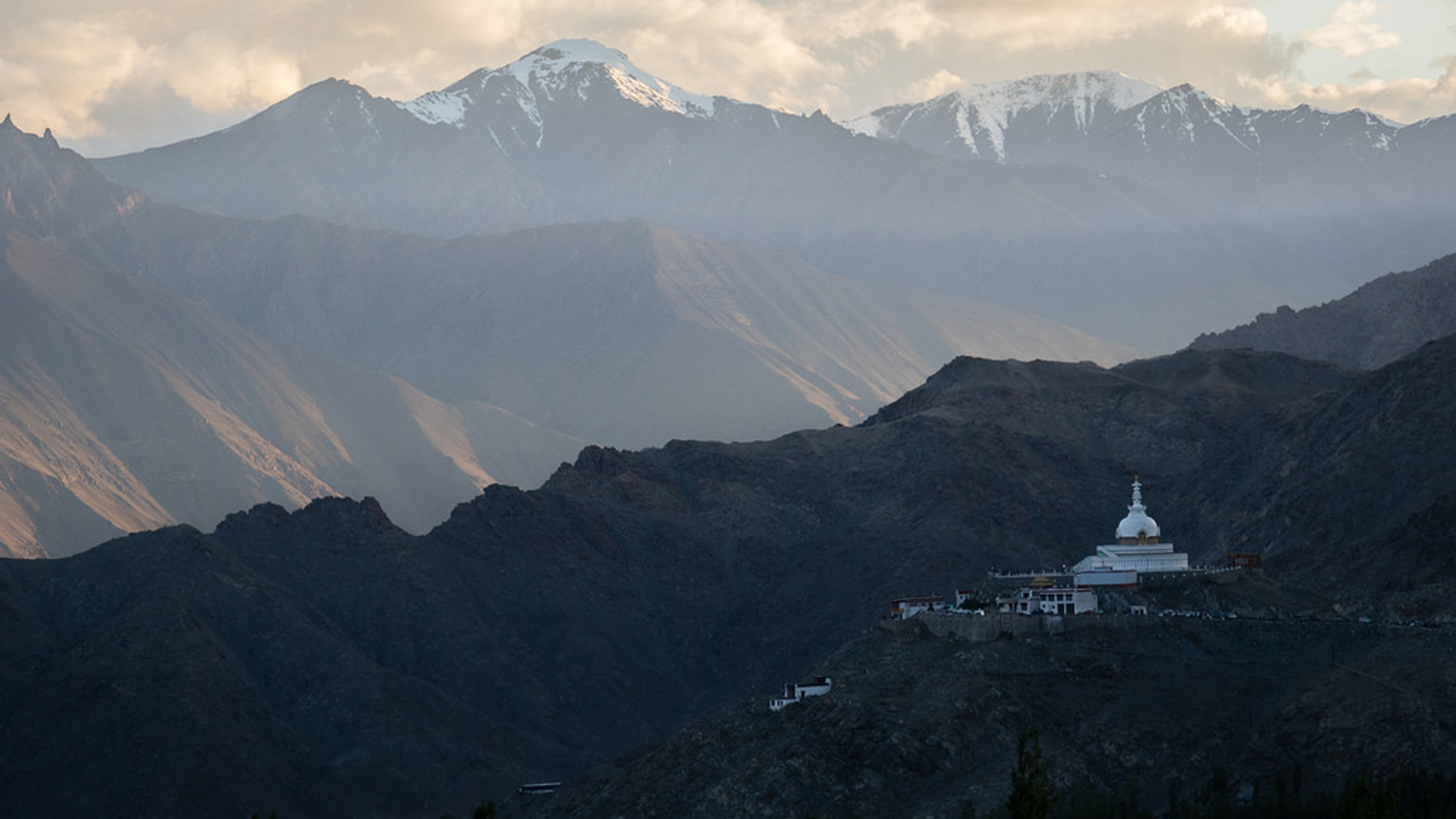 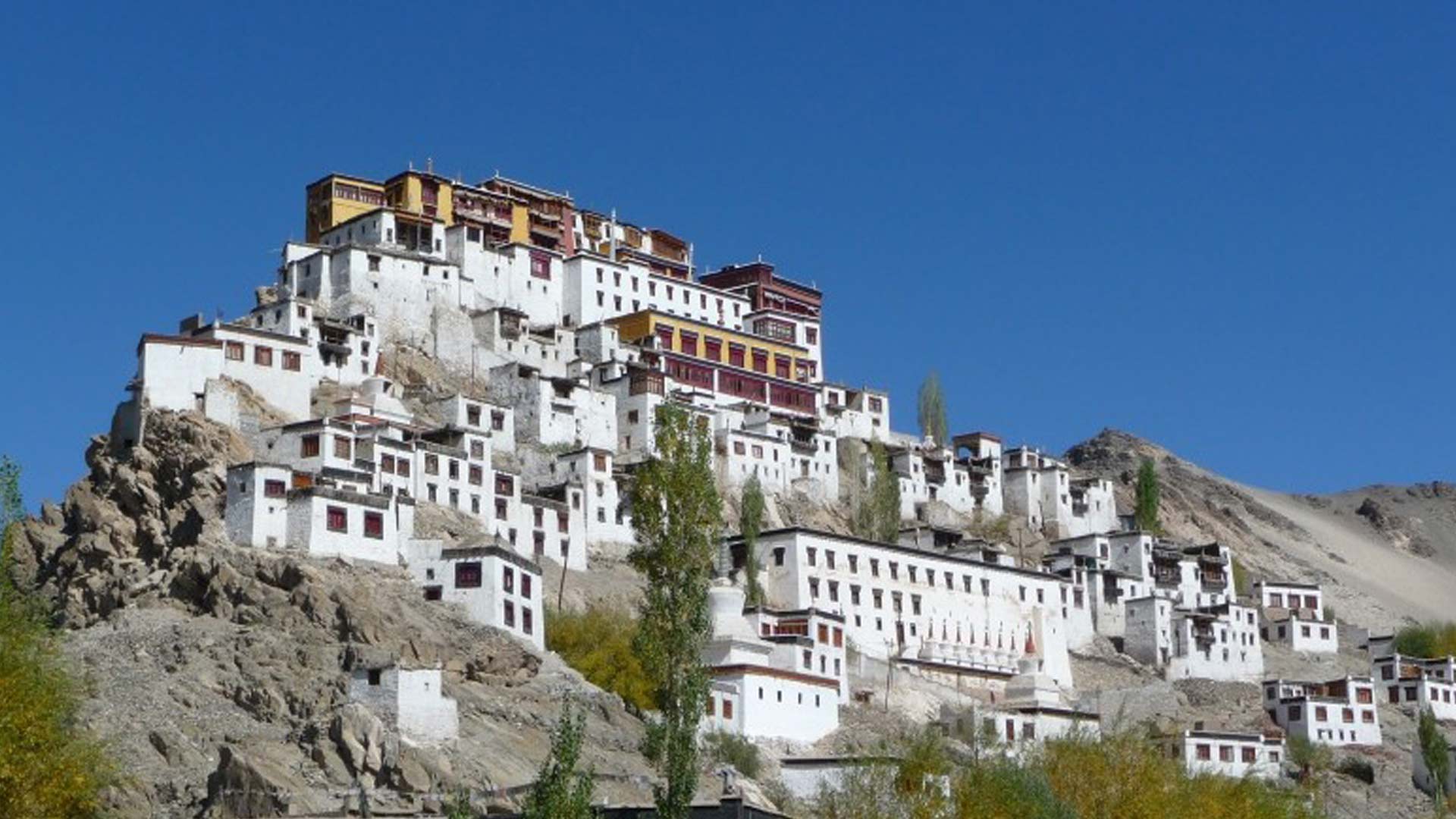 Ladakh as a destination has always remained an enigma, calling out to travellers from far and wide around the world. With its mighty peaks, barren deserts, surreal lakes and glaciers, a Ladakh Holiday remains a must on every traveller’s bucket list. Another part of the entire Ladakh experience is the monasteries of Ladakh.

These monasteries stand as more than sanctuaries of the Ladakh Culture and all the dynasties of rulers that this land has seen. Interwoven with the rugged, magnificent geography, Ladakh monasteries are also symbols of man living in peace with nature, even in her toughest forms. The monks here live solitary lives, preserving the culture as gifts from their ancestors. This makes the form of religion practiced here very authentic and real.

Visiting the monasteries is a must do on any Ladakh holiday. Most travellers feel a renewed sense of peace and acceptance with themselves on visiting the famous and offbeat monasteries of Ladakh. For you next holiday, here is our guide on Ladakh monasteries: 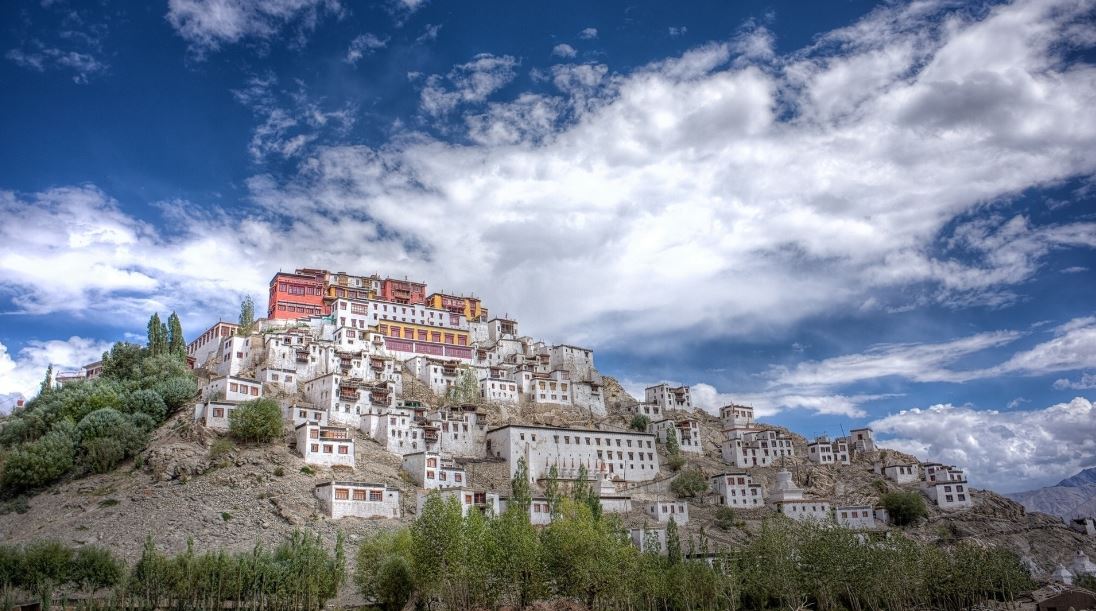 Located at about 19 kms from Leh, Thiksey is famous and one of the largest Ladakh monasteries. It is located on a hilltop, as many monasteries in Ladakh are, at about 11,800 ft above the sea level.

A massive 12 storey complex which is home to about 500 monks, Thiksey monastery is controlled by the Gelukpa sect of Buddhism. It is home to one of the largest collections of Ladakh culture artefacts – books, paintings, swords, religious scripts and so on. It is also home to the largest Buddha statue in the Ladakh region – one of Maitreya Budhha which is about 2 storeys (almost 49 feet!) tall.

Other than the picturesque setting and all other reasons of Thiksey, there is one more as a major attraction for tourist. If you have always wanted to stay inside a monastery, Thiksey is one Ladakh monastery that allows tourists to do so! 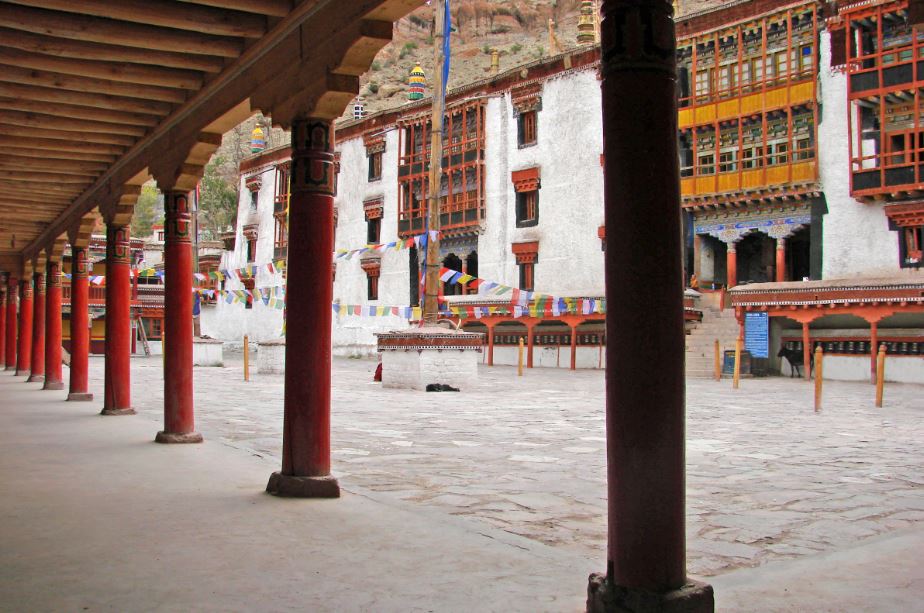 The largest Ladakh monastery, Hemis is the monastery of whom you see photos of in the Ladakh tour guides. This monastery is one of the most culturally rich, and it is famous for its Thangkas (paintings of Ladakh culture). The largest thangka in Ladakh is found at Hemis monastery – which is about 12m long!

Other than the thangkas and religious artefact, Hemis is known for the copper Buddha statue which is of great religious importance. There are also various stupas covered in Gold and Silver, which are a major draw for tourists.

During the months of June-July, the world famous Hemis festival is celebrated here to dedicated to Lord Padmasambhava, the enlightened master who helped build this monastery. The famous masked dances of Ladakh are done here by the monks, which signify the victory of good over evil. During this festival, various precious artefacts are also kept on display, some of which are extremely rare. 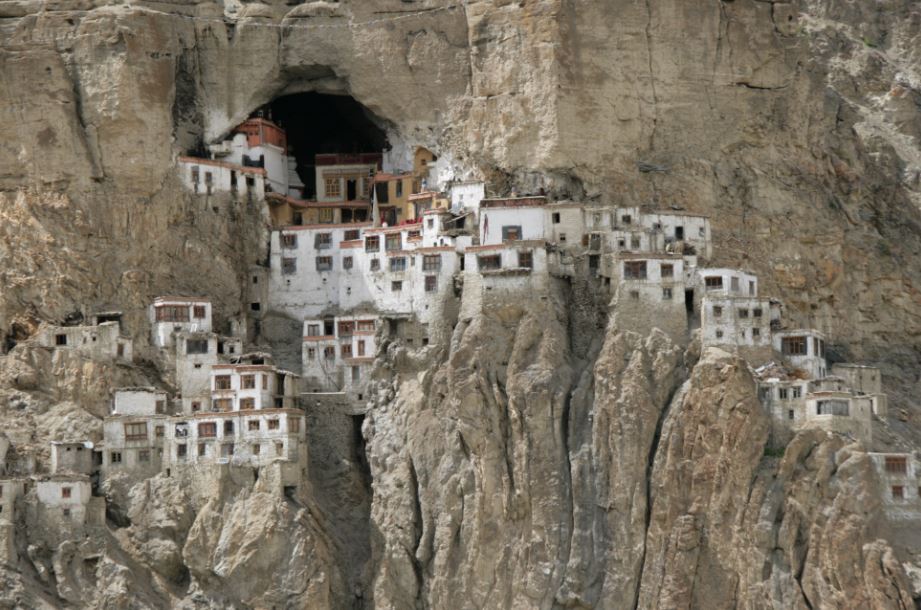 Geographically one of the most unique monasteries, Phugtal leaves most of the people that visit it in awe. One of the major offbeat monastery of Ladakh, phugtal is situated along the banks of river Lungnak – and can only be accessed through a 7km trek on the Padum Manali route.

Phugtal monastery has been built, interwoven into a Cliffside – in and out of the various caves, and over the top of a cliff. Made with wood and mud – it seems like the monks put up their places wherever they could find space in such a complex terrain.

Located in the Zanskar valley, Phugtal is home to about 70 monks who live here. The picturesque location, the views that it offers, and the simply mind blowing architecture make Phugtal a must visit offbeat monastery. 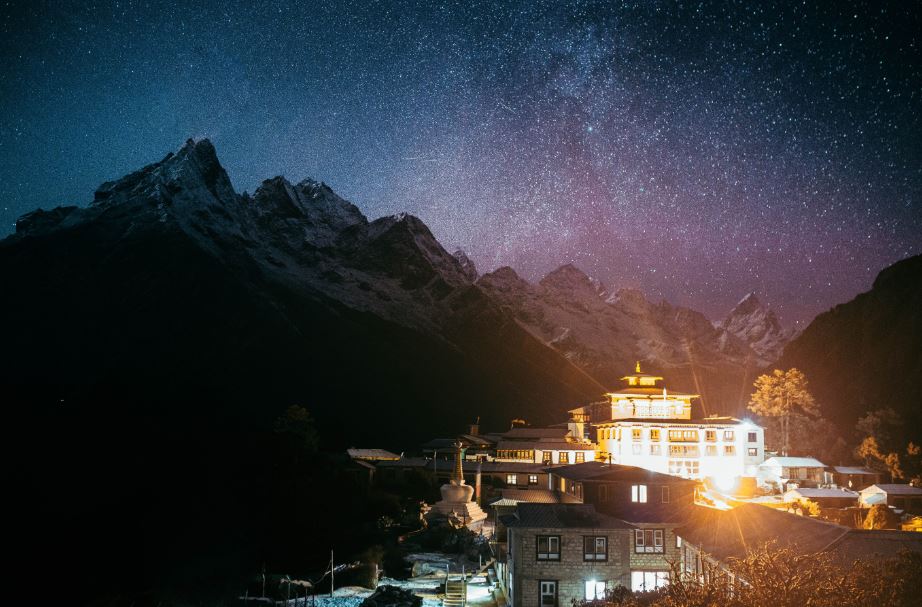 Despite being located in one of the most isolated places in Ladakh, Hanle monastery is one of the most popular Ladakh Monasteries. Hanle is also controlled by the Drukpa lineage of Buddhism, and is situated in the Hanle Valley.

About 150 kms from Mahe, the drive to Hanle is one the most scenic drives in the entire Ladakh region, where you can come across offbeat gems such as the Loma Lake.

The monastery itself is situated at the cliffiside, and offers breathtaking views of the mountains all around and of Hanle village. The monastery is home to about 10 monks and the village about a 1000 civilians.

Another major attraction here is the Indian Astronomical Observatory which is the 3rd highest optical telescope in the world at about 4500 m – and one the best spots for stargazing in the country! 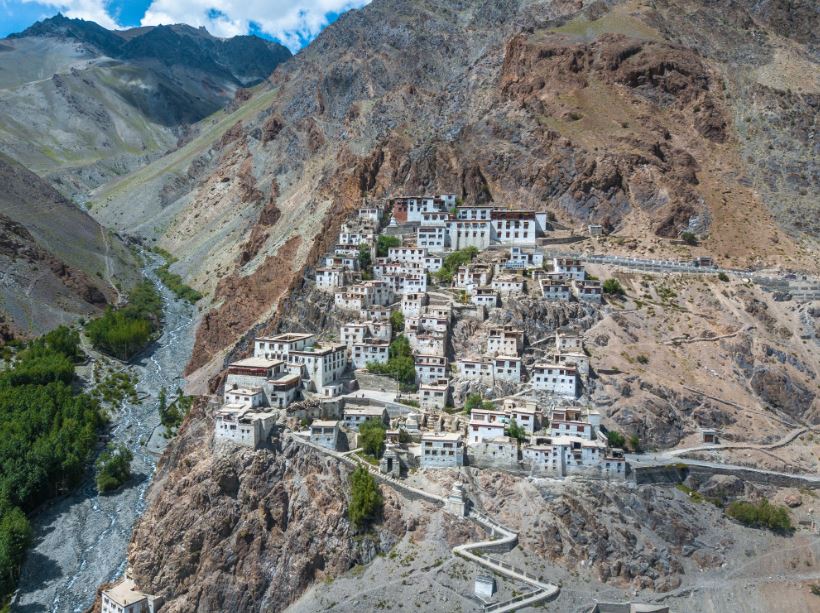 One of the oldest monasteries of Ladakh, Lamayuru was built in around the 11th century by the Drukpa sect. Naturally, as it is one of the oldest, it has the most myths surrounding its origin and history.

One of such myth says that there used to be lake where the monastery is now situated, around 120 kms from Leh, on the main highway between Bodhkhabru and Kha-la-che. The lama at that time gave his blessings for the monastery to be built there and hence the lake receded.

Culturally rich in wall paintings and Thangkas, Lamayuru also offers surreal views as it is built overlooking the surrounding villages, at about 3500m.  This is another offbeat monastery where the masked dance which is a famous part of Ladakh culture can be seen. 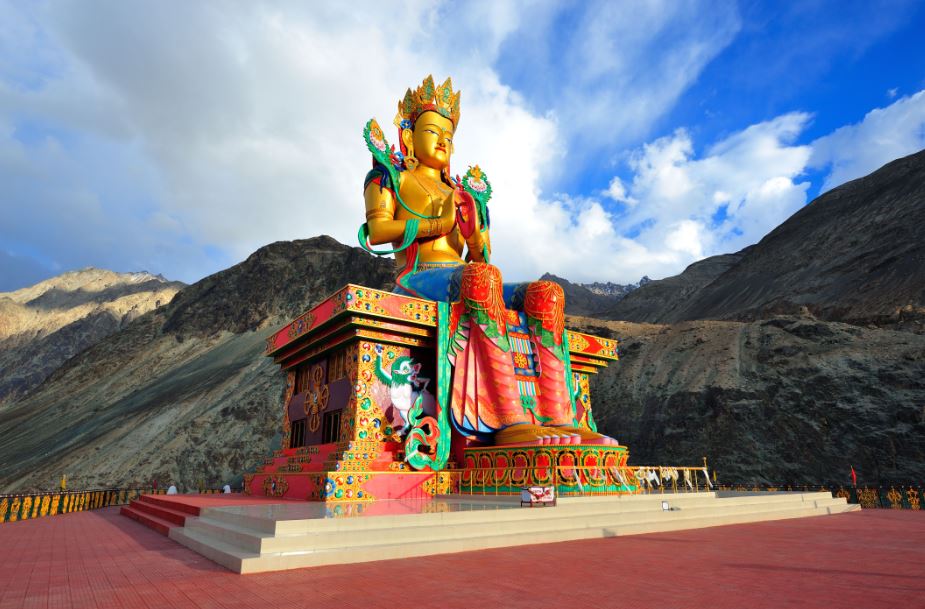 Located in the Nubra Valley, Diskit monastery is one of the major attractions and reasons for visiting Nubra valley. It is the largest and the oldest Gompa in Nubra, and is controlled by the Gelukpa sect.

It was built in the 14th century. Diskit is specially known for its picturesque location and setting – which makes it a huge magnet for nature and photography enthusiasts. Plus, the morning ceremony in Diskit is one the most peaceful and beautiful.

It is home to a few famous Buddha statues, one the most famous ones of which is the Jampa Budhha statue. It is considered to be the tallest Buddha statue. Other than this, the Festival of Scapegoat or Dosmoche festival is held every year at Diskit, where one can see the famous masked dance of the monks. 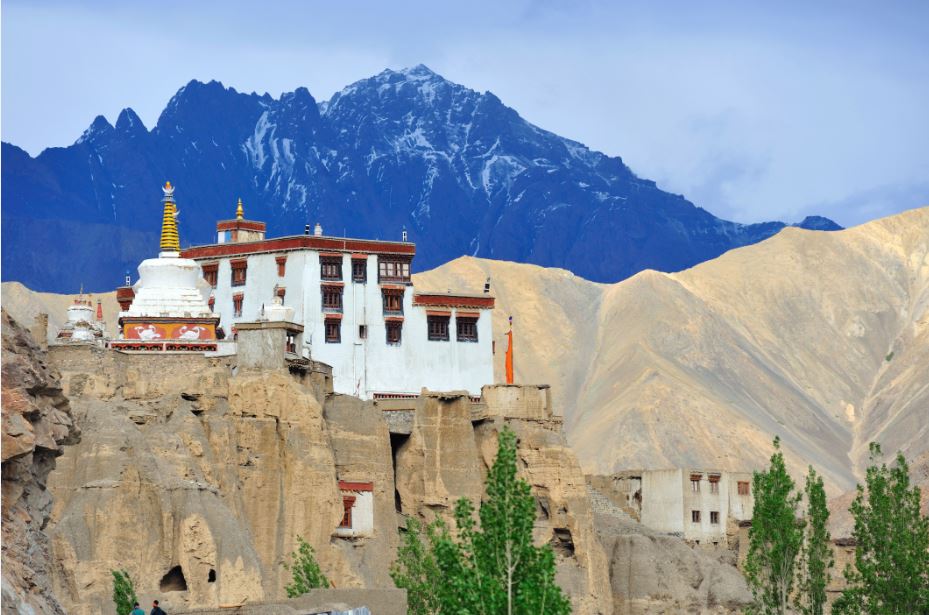 Alchi monastery is geographically different from all other Ladakh Monasteries – as it is built on plain land unlike on hilltop or amid caves. Furthermore, it has a unique architecture too.

The gompa has various complexes which were built in different times by different people. The main complex – which is a major tourist attraction, has 3 different temples. It’s also sometimes known as the three-storied temple.

Alchi is also famous for its images of the Buddhas, which are a huge draw for Buddhists to see this Gompa. Another gem for the Buddhists is the four-armed huge Bodhisattva statue, one of the most recognizable and famous Buddha statues in the Ladakh tour guides.

Due to its cultural richness and unique geography, Alchi monastery is one the integral parts of Ladakh Culture and is a must visit. 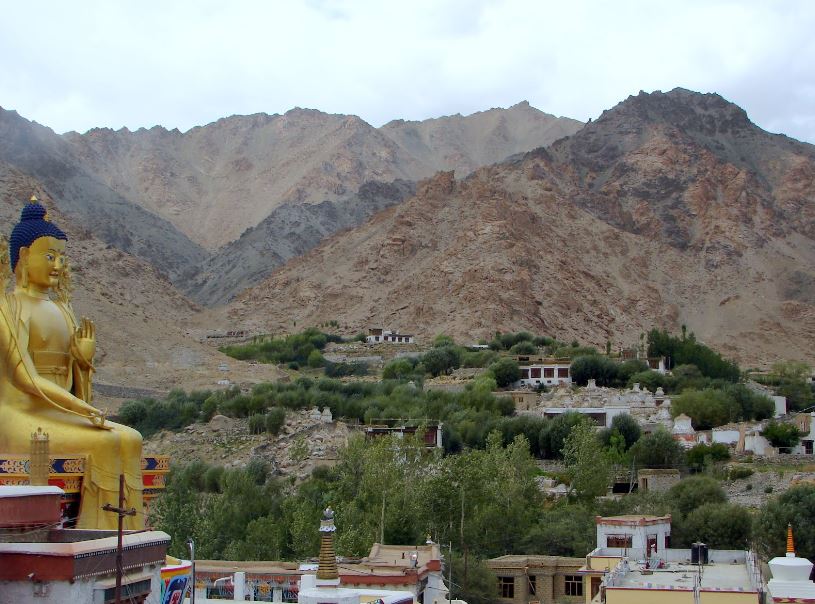 At about 62 kms from Leh, Likir monastery is situated nearby the banks of river Indus, in Likir Village.  This monastery was founded in the 11th century, making it one of the oldest Ladakh monasteries.

The monastery is known for its wonderful architecture and is home to about 120 monks. It was built this way in order for the villagers to have a safe place in times of war.

In addition to being one of the oldest, Likir monastery is also one of the richest monastery in Ladakh. It controls the Alchi monastery. Another major attraction at Likir is the 75ft statue of Buddha.

Likir also hosts the Likir Dosmoche Festival, which is a must visit if you’re planning your Ladakh holiday during that time. 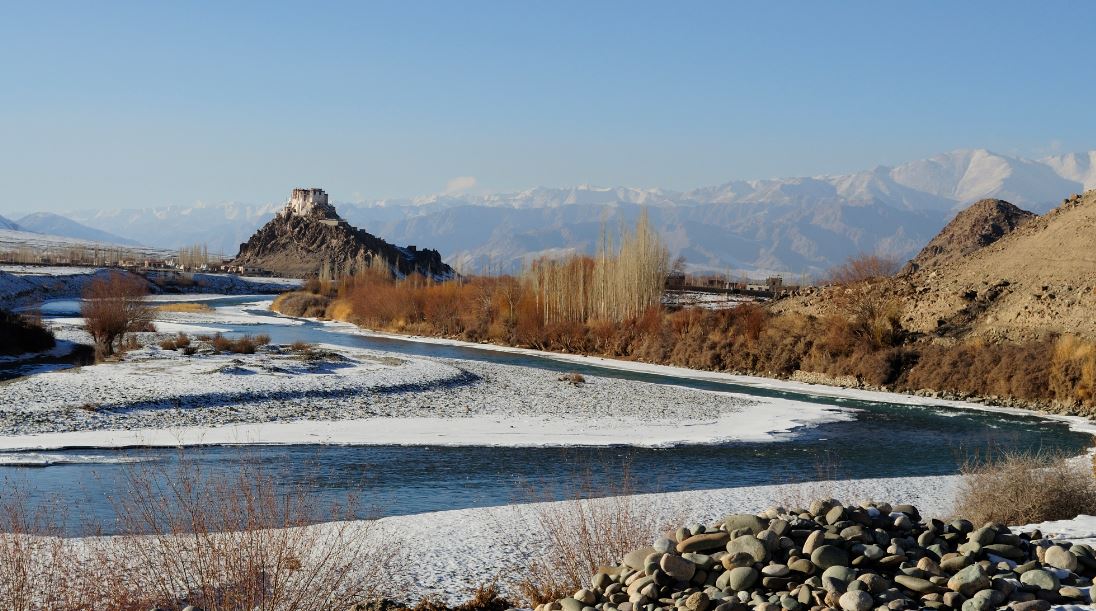 Shey monastery is located in the upper reaches of the Indus valley, at about 3400 m. It is situated 15kms away from Ladakh, and located on the road from Leh to Thiksey monastery.

Built in about the 16th century, this monastery is mainly famous for the huge gold-plated copper statue of seated Shakyamuni Buddha, which is also the second largest statue in Ladakh, at about 39 feet. A special flame is lighted in front of this statue, only to be replaced after burning for a year.

Other than this, Shey monastery is rich for the mural, wall painting and the neatly preserved Buddhit manuscripts which are an essential bit in keeping the Ladakh culture and traditions alive.

This monastery is located in one of the most picturesque locations across ladakh. On the left bank of the Indus valley, about 25 kms from Leh, it is situated on the top of a steep hill.

As the hill is shaped like a tiger’s nose, it is also known as tiger’s nose monastery by the locals. Due to its location, it offers jaw dropping views of the Indus valley and Ladakh from all sides, and is a must visit for photography enthusiasts.

Home to about 30 monks, Stakna is also famous for the sacred Arya Avalokitesvara statue.

That completes our list of the most famous as well as offbeat Ladakh monasteries. Which ones are you visiting on your next Ladakh Holiday?