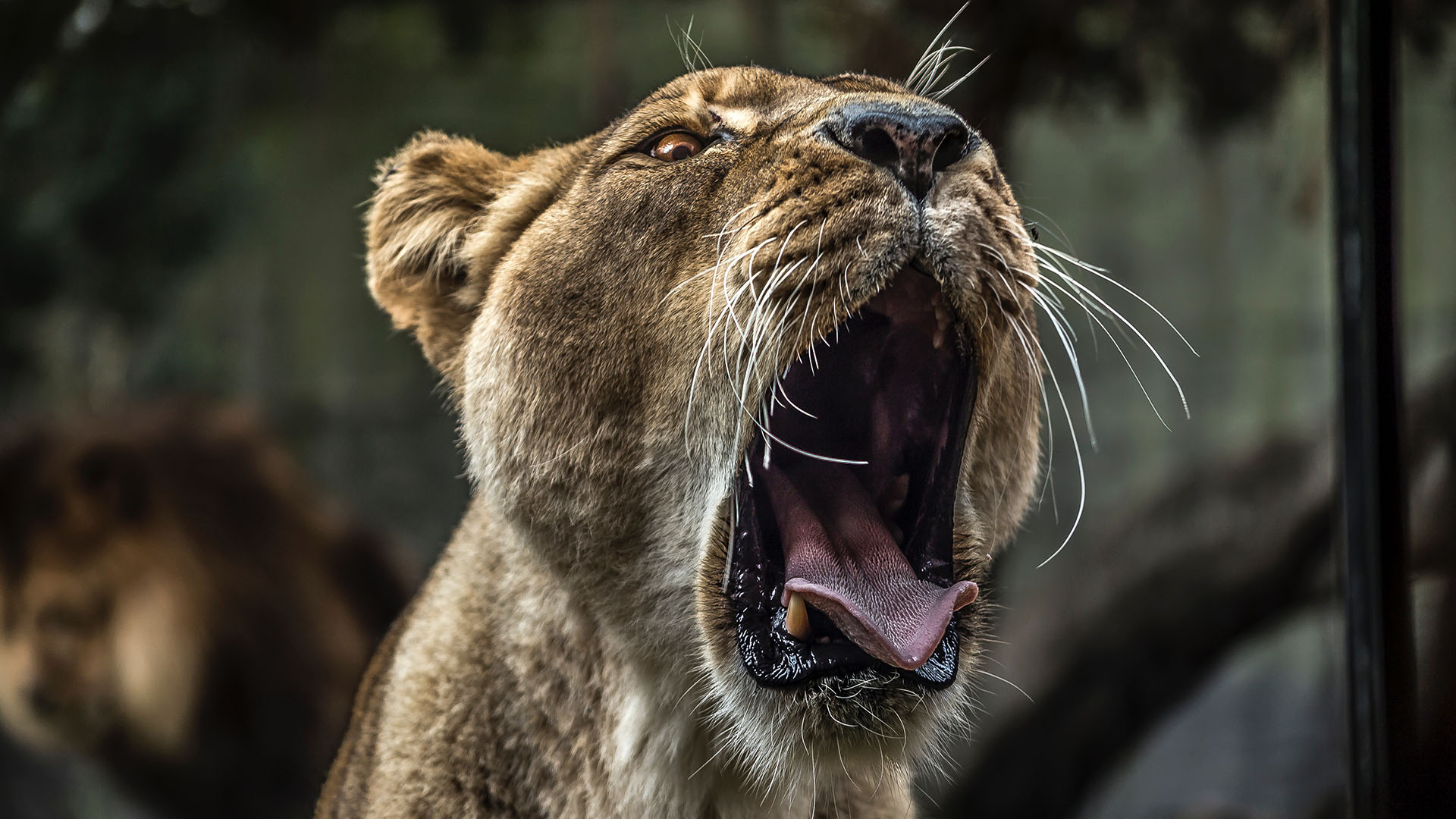 What Exactly Are the Big Five? Where to Spot Them in South Africa?

What Exactly Are the Big Five? Where to Spot Them in South Africa? 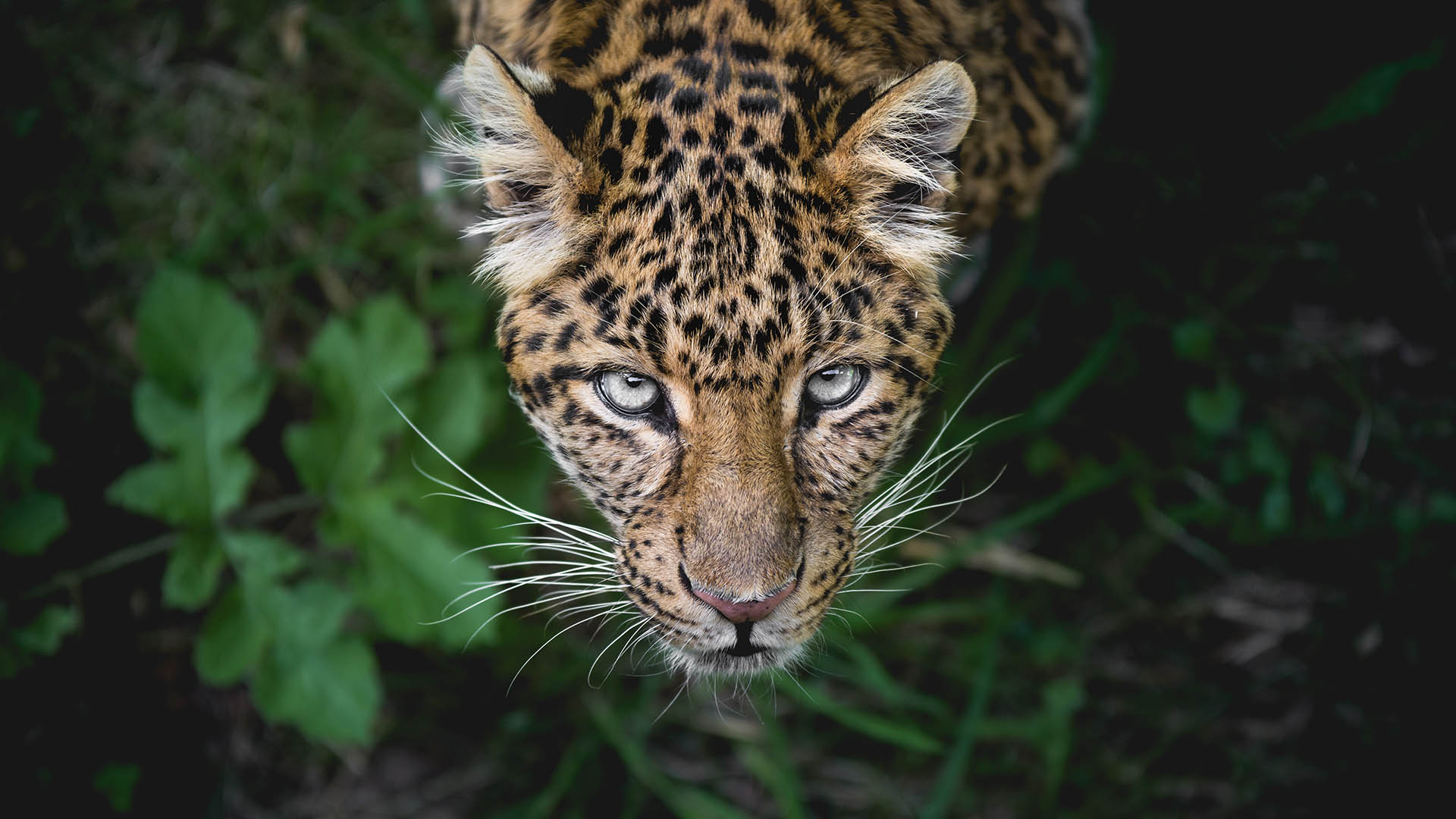 Amazing sunsets, implausible number of gorgeous sceneries, untouched and rugged places, extensive wildlife -these are something associated with the incredible country called South Africa. If you are craving adventure, diversity, and excitement, then this is a gathering place for all things bold and beautiful!

Whether you’re an Africa there are fewer things harder to resist, especially a ride into the wild, cameras loaded, chasing the Big Five-the lion, the leopard, the elephant, the rhino and the buffalo. The African countries abound with these giants, but the country of South Africa, for copious reason is the perfect spot to see these majestic creatures, all in the same place.

Prepare to get awed to see all priceless moments of the Big Five in action. Amazing it would be watch a leopard taking a nap on the branch of a tree, spotting a black rhino half-hidden in thick shrubs, seeing a lion proudly strutting across the desert sunset after a kill or finding a herd of jumbos, Cape buffalo move quietly across the grassland. Seeing the Big Five up close and personal is an once-in-a-lifetime experience, regardless of how many instances you will get to experience it.

Almost any time of the year is great time for game viewing, but it can be at its best during the dry winter months (May-October) as animals are concentrated around water sources and are easier to spot in the thinned-out bush. However, the wet summer season brings full waterholes, lush bushveld, many newborn wildlife and the summer migrant birds arrive. December through February sees the bulk of the rain and May through July is the coldest months.

It is sometimes possible to see all five in one day at various national parks and game reserves in South Africa and there are some places where the individual animals are better to spot.  It is sometimes difficult to see all members of the Big 5 on one safari but at the right park, with the right guide and at the right time of day, you can certainly maximize your chances.

Many of the parks do offer self-guided tours. There are luxury safari lodges, family lodges, walking safaris with armed rangers. A typical safari day is bookended by “game drives” at dawn and dusk, when the animals tend to be most active, with plenty of time in between for meals, a bit of R ’n’ R and other activities back at camp.

Expert guides know the land better than anyone else, as well as the animals’ behavioural patterns and habitat preferences, which is key when trying to get a glimpse of these animals. Conveniently, many of the luxury safari lodges have in-house guides who are often times the best you can get.

There are now more ways to safari to try for. You can drive your own safari vehicle in some reserves, or drift over in a hot-air balloon, or drive on a horseback or roam around on a light aircraft to see the amazing wildlife-viewing experience.

All is said and done, let see the best places to find Africa’s incredible animals! 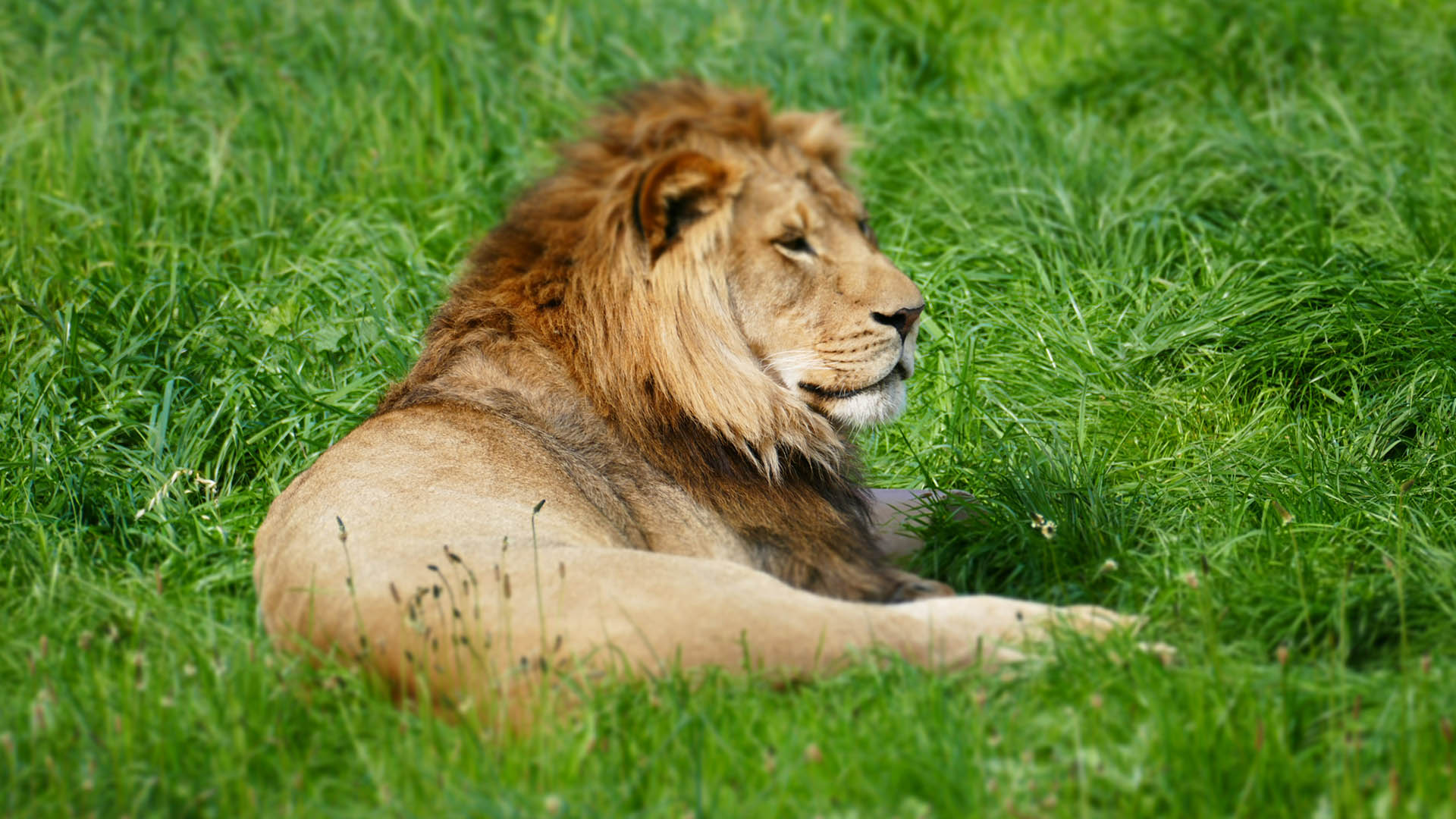 The Kruger National Park in Mpumalanga and Limpopo provinces remains an iconic tourism drawcard. At more than two million hectares – the Park is one of the world’s largest game reserves. Although lions are found throughout Africa, they are best spotted on safaris in this Park as it is home to over 1600 of them (roughly 5-8 lions per 100km2), especially around the Satara Rest Camp, towards the east of the park.

Driving through the park takes hours and sometimes days. There are over 20 rest camps, nearly 20 private game lodges and a handful of bush camping grounds, spread out across nearly 20,000 square located directly in the park.

They are the largest predators in entire Africa, and they can be found roaming around together in groups called ‘prides’. They are mainly active during night time although they do sometimes hunt by day should an opportunity presents itself, or in cold weather. During the heat of the day they usually rest or lie down in the shade, or on colder days in dry riverbeds and near waterholes. They can also be found resting near carcasses of a kill they made during the night.

Interesting fact: A Male lion’s roars can be heard on a quiet night over 6 km. Lionesses have a soft short roar that they utter when calling their cubs. 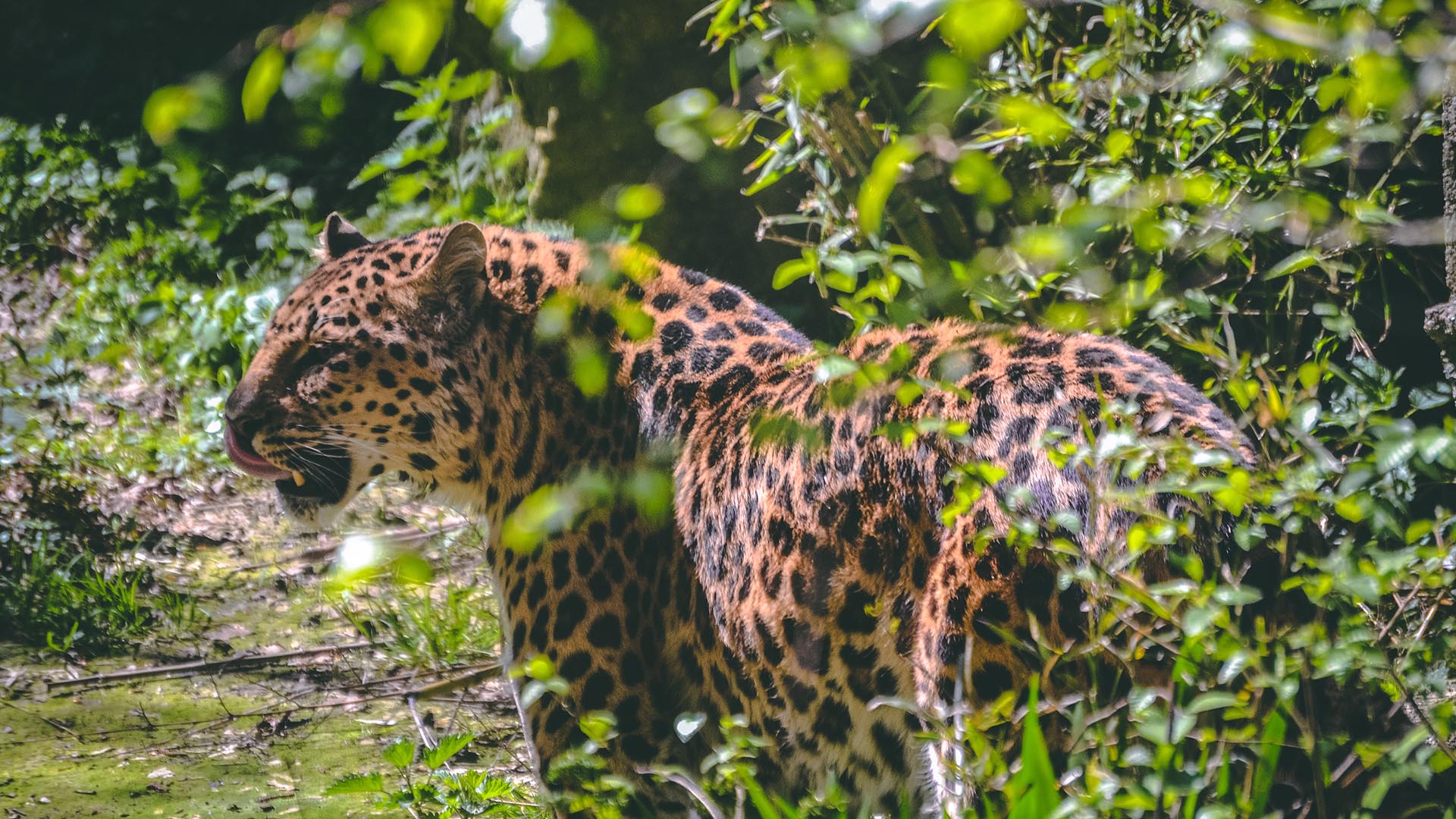 These elite hunters are generally solitary creatures and are often one of the hardest to find when on safari. Spending most of their day sleeping in trees, these nocturnal cats hunt for their prey at night often using ambush as their successful means of attack.

The 62,000-hectare Sabi Sands reserve has one of the highest densities of leopards in Africa. This gave reserve is one such where African animals run wild and you get a wilderness ‘fix’ that’s Prozac for the soul. Leopards occur from high mountains to coastal areas – semi desert to water-rich riverine areas. You can’t visit for the day, you must stay at one of the many lodges here to catch a sight of this elusive being.

Interesting fact: Unlike many predators, Leopards usually take their prey up into trees to prevent it from being stolen by the other predators. 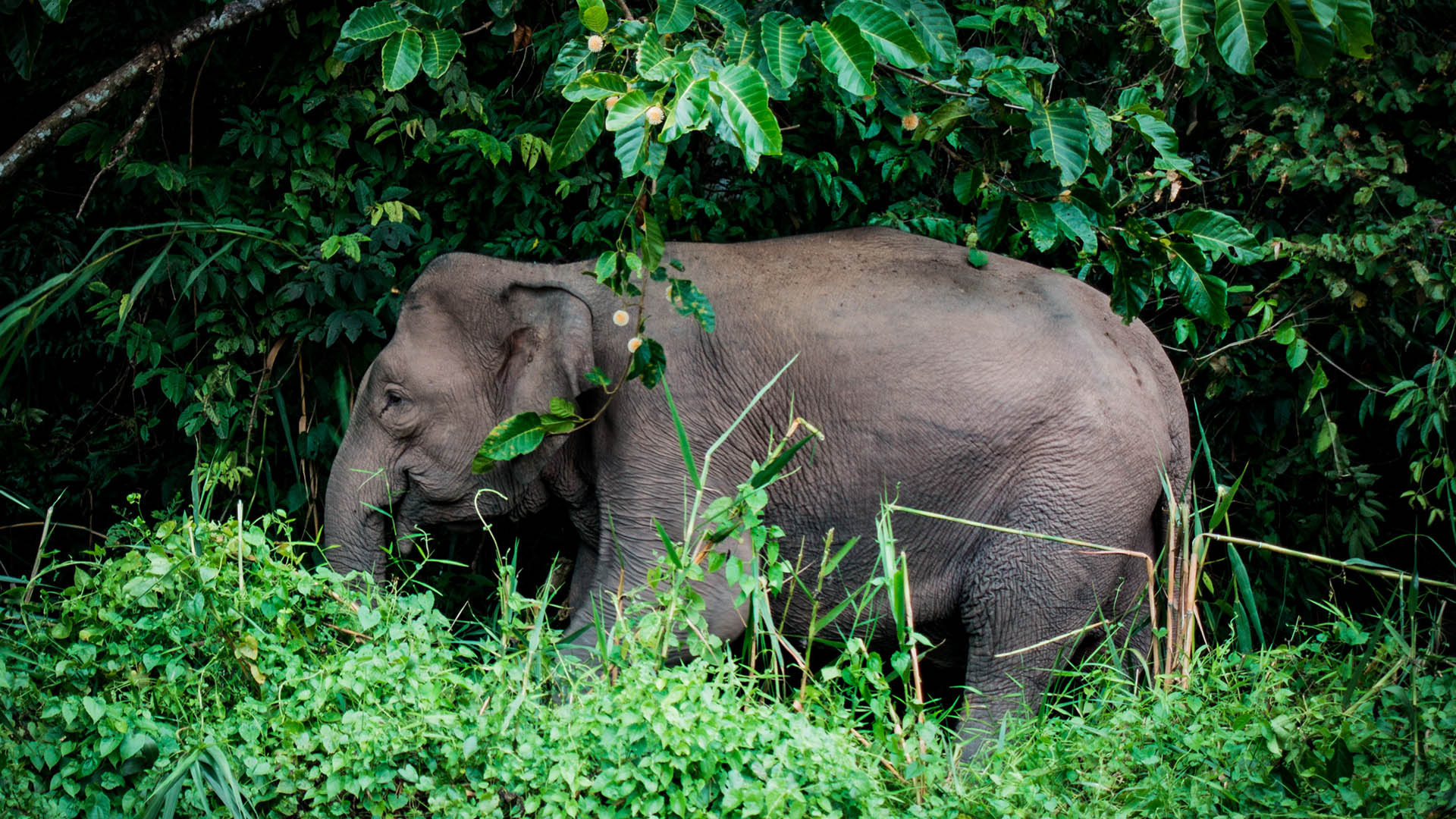 Amazing it will be to see the world’s largest land mammal and one of the most captivating animals to encounter on a safari. A typically gregarious animal, elephants will most often be observed in herds or as solitary bulls. They are very adaptable and occur from deserts to mountainous areas. However they prefer woodlands and savannah shrub-land, bush thickets, which are mostly areas with enough food (grass and leafy material) as well as enough fresh water

A sanctuary to over 600 elephants, Addo Elephant National Park remains South Africa’s third biggest national park. Starting up in 1931 when only 11 elephants remained in the area – it’s one of the most interesting places to see elephant. Not only does it have the highest population but also some of the biggest elephants physically.

Interesting fact: Many plant species have seeds that depend on being passed through the elephant’s digestive tract before they can germinate. In fact, at least a third of the trees found in African forests rely on elephants for dissemination. 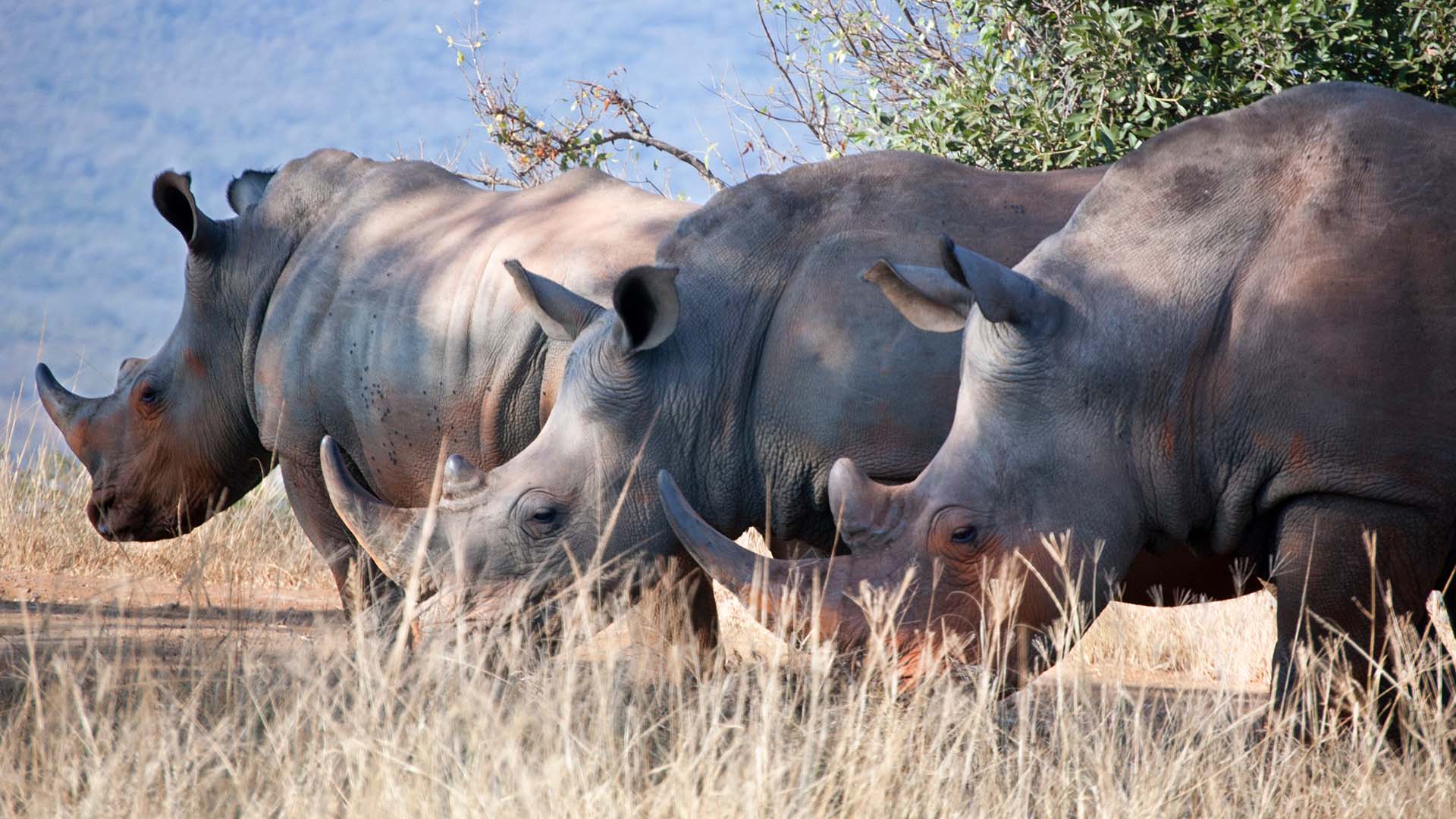 There are two types of rhinos in Africa, the black and the white African rhino. The more common of these rhinos is the white rhino, so called from the Dutch settlers, the Boers who came to Africa and referred to it by its wide or ‘wyd’ mouth. They feed at night and rest during the day; this makes it easier for rangers to locate them during the safari outings for people to witness the beauty of the extraordinary animals. The black rhino is considered the more dangerous of the two due to its very volatile nature. It is also the more elusive and solitary than the white rhino.

One of the pioneer’s in rhino conservation, Hluhluwe in Zululand is a very popular self-drive destination to find these animals. Good places to see rhino include those reserves that have successful breeding programmes. Pilanesberg National Park and Kruger National Park are other places to spot them. 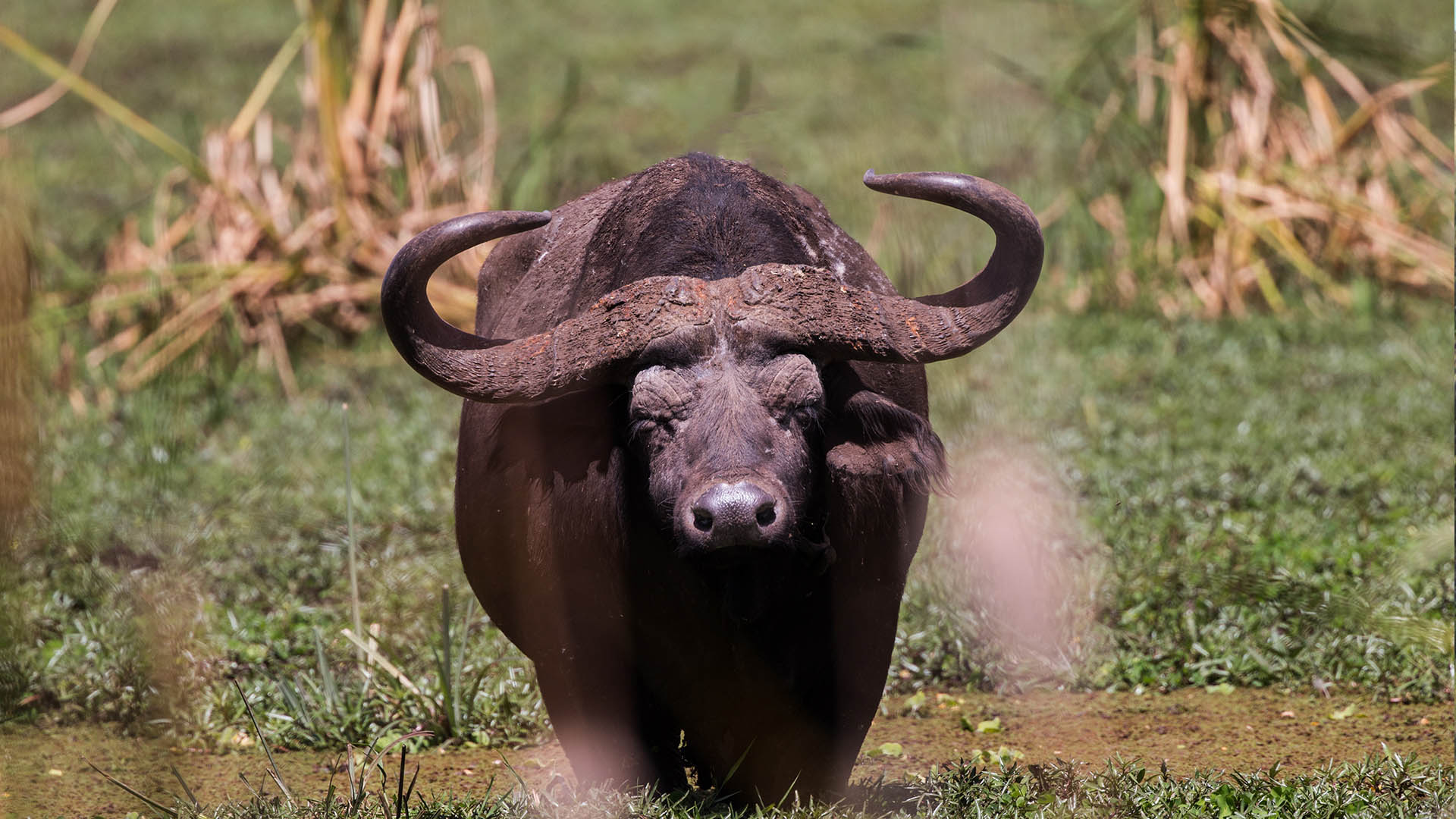 Considered as the most dangerous animal in the world, the African buffalo, or Cape buffalo, is fond of woodland savannas, or bushveld. They live close to water and prefer tall coarse grasses and bush. Living in massive herds, the buffalo is probably the easiest of all the Big Five to find and certainly the one you will see the most of. The herds generally get smaller during the dry season when the males tend to join their own bachelor herds, the younger ones returning in the wet season to breed and protect their young.  The distinctive ‘boss’ shaped horns are used mainly for fighting and protecting the herd – sometimes from lions.

Large herds of buffalo are found in the Kruger Park, Timbavati, Klaserie and Balule nature reserves in the greater Kruger area and Hluhluwe-iMfolozi National Park.

Interesting fact: Old bull buffaloes that have separated from their herd are called ‘Dagger Boys’, while in East Africa they are called ‘The Generals’.

How safe are these places?  Health issues are rare. Keep up to date with vaccines such as tetanus, consult travel specialist such as the Travel Doctor at least six weeks before your trip.

Are animals dangerous? The animals you’ll see on safari are wild and many of them are dangerous predators. Follow the guidelines provided by experts to avoid unruly incidents.

What to expect in safari? It’s not just about the Big Five though in some places you can be lucky and see all five in a single day, plus some rare animals and birds.

What to pack? Taking a camera and a good pair of binoculars can also be a good idea. Wear khaki, beige and any other colour that will help you blend in to the African savanna.  Put on long pants, long-sleeved shirts and wide-brimmed hats for warm days and warm clothes for chilly nights.

Best Time To Visit Andaman & Nicobar Islands
Who doesn’t like to holiday among clear blue seas, evergreen forests and pristine landscapes? Andaman and Nicobar Island is one such destination, and it make for a perfect year-round holiday... 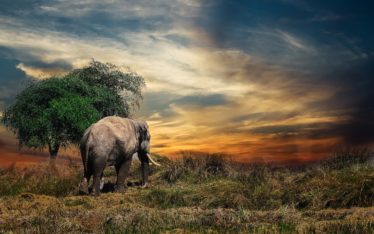 Best Places to Visit in Kenya
Many words dawn on when describing Kenya, but the most appropriate would be ‘Safari’. It is home to the greatest wildlife spectacle on earth–the Great Migration! It is a sight...