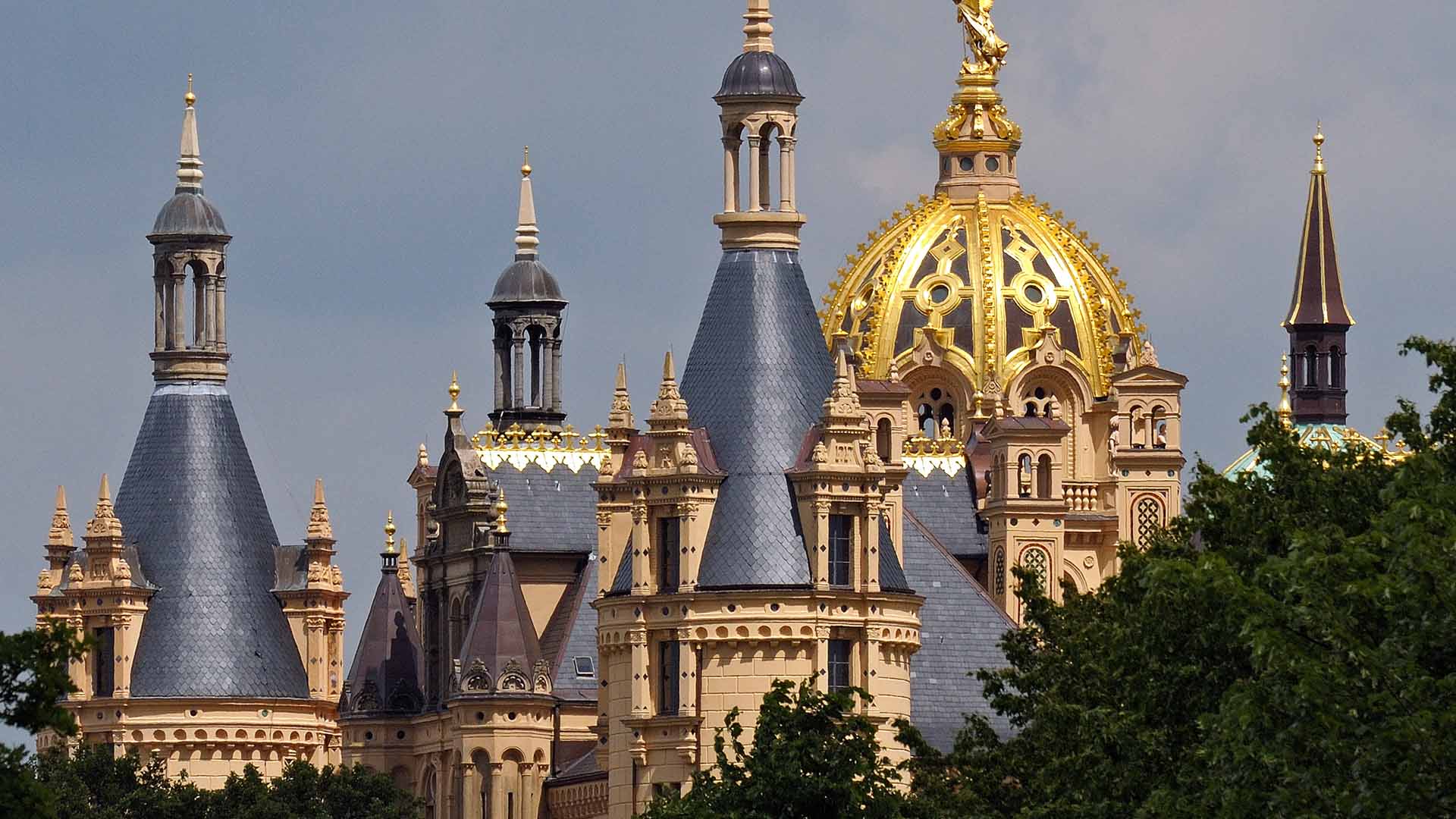 The most beautiful castles of Germany

The most beautiful castles of Germany 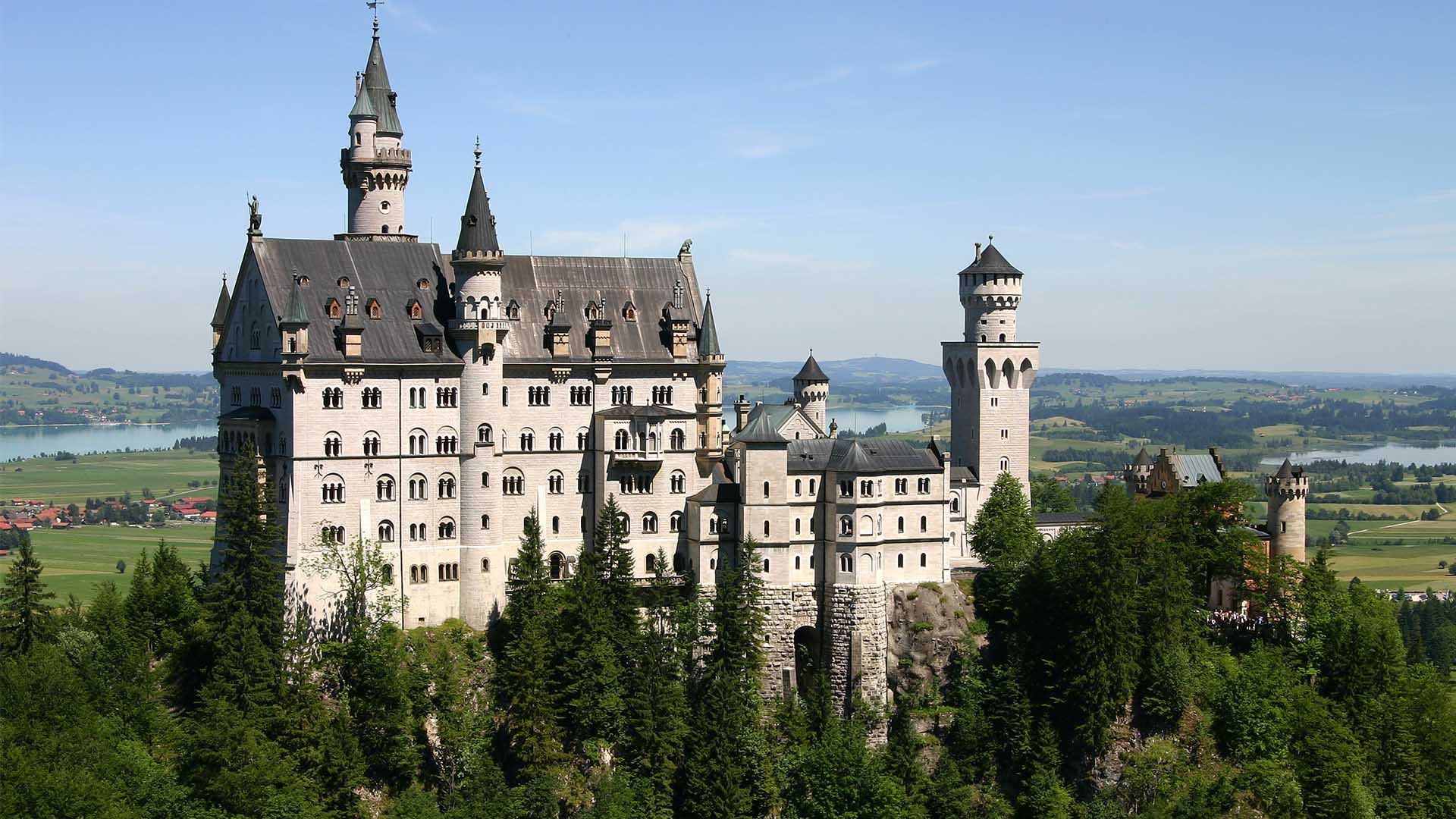 The most enchanting thing about a trip to Germany is the opportunity to revisit some of the most beloved fairy tales. From Rapunzel and Red Riding Hood to the Frog Princess and Sleeping Beauty, German holidays are incomplete without visits to the many splendid castles that take you back in time to the 1700s and 1800s. The perfect setting for all those ‘Once upon a time’ stories…

Germany is home to over 25,000 castles, including some of the best in Europe. While a few of them are in ruins, many serve as well-preserved museums and even hotels open to the public. In case you are making a list of the best places to visit in Germany, here’s our pick of the 10 (plus one) castles that you simply cannot miss: 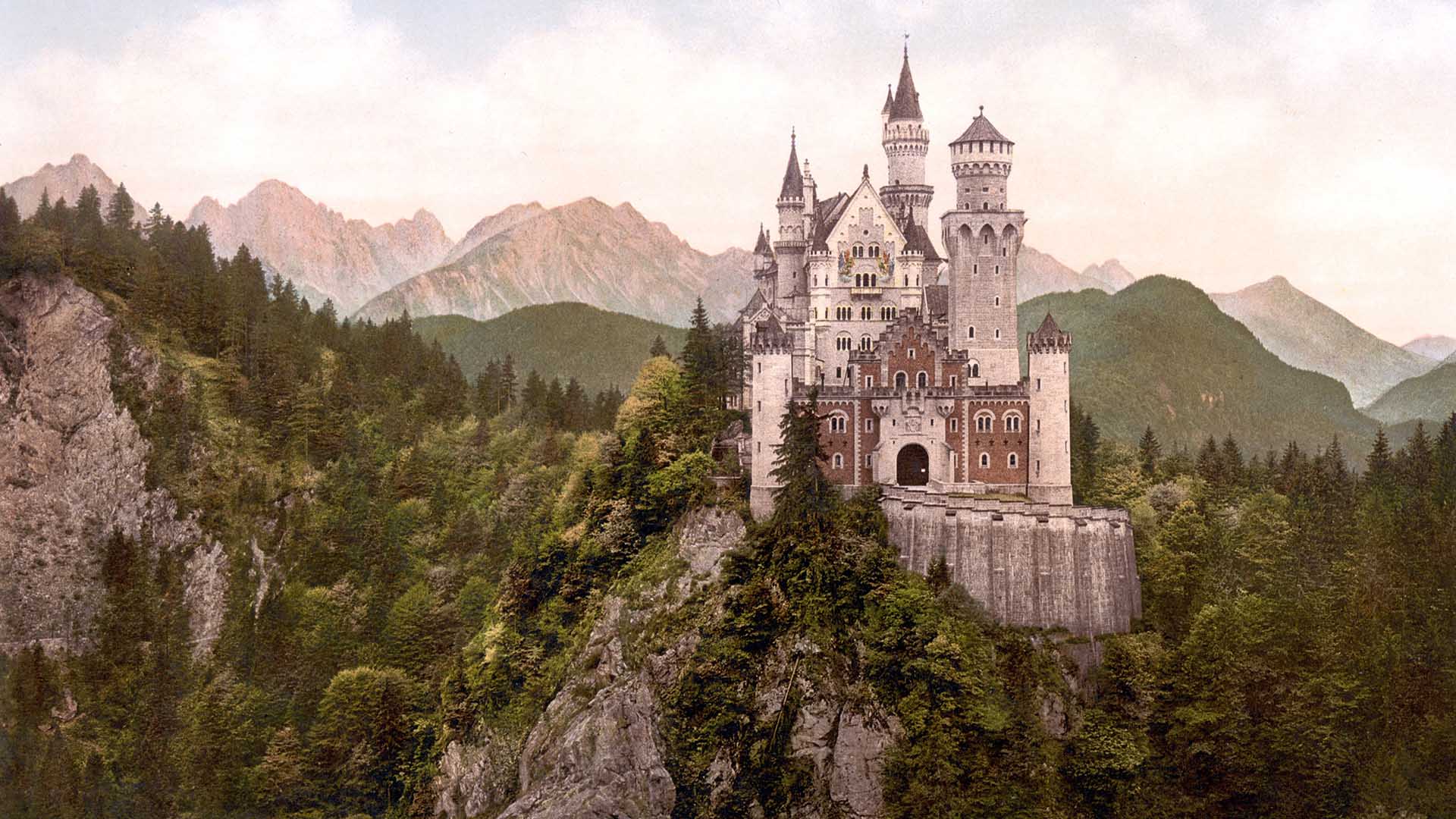 The famous inspiration for Walt Disney’s Sleeping Beauty Castle, Neuschwanstein Castle, is counted among Europe’s most popular tourist attractions. Situated in the medieval town of Füssen, south-west of Munich, Neuschwanstein wasn’t built for defence purposes, but as a fanciful retreat for Ludwig II of Bavaria. You’ll be amazed by the effortless co-existence of medieval architecture and paintings with modern-day conveniences (quite revolutionary for its time), such as running water, flushing toilets and air heating system, in this much-photographed castle. 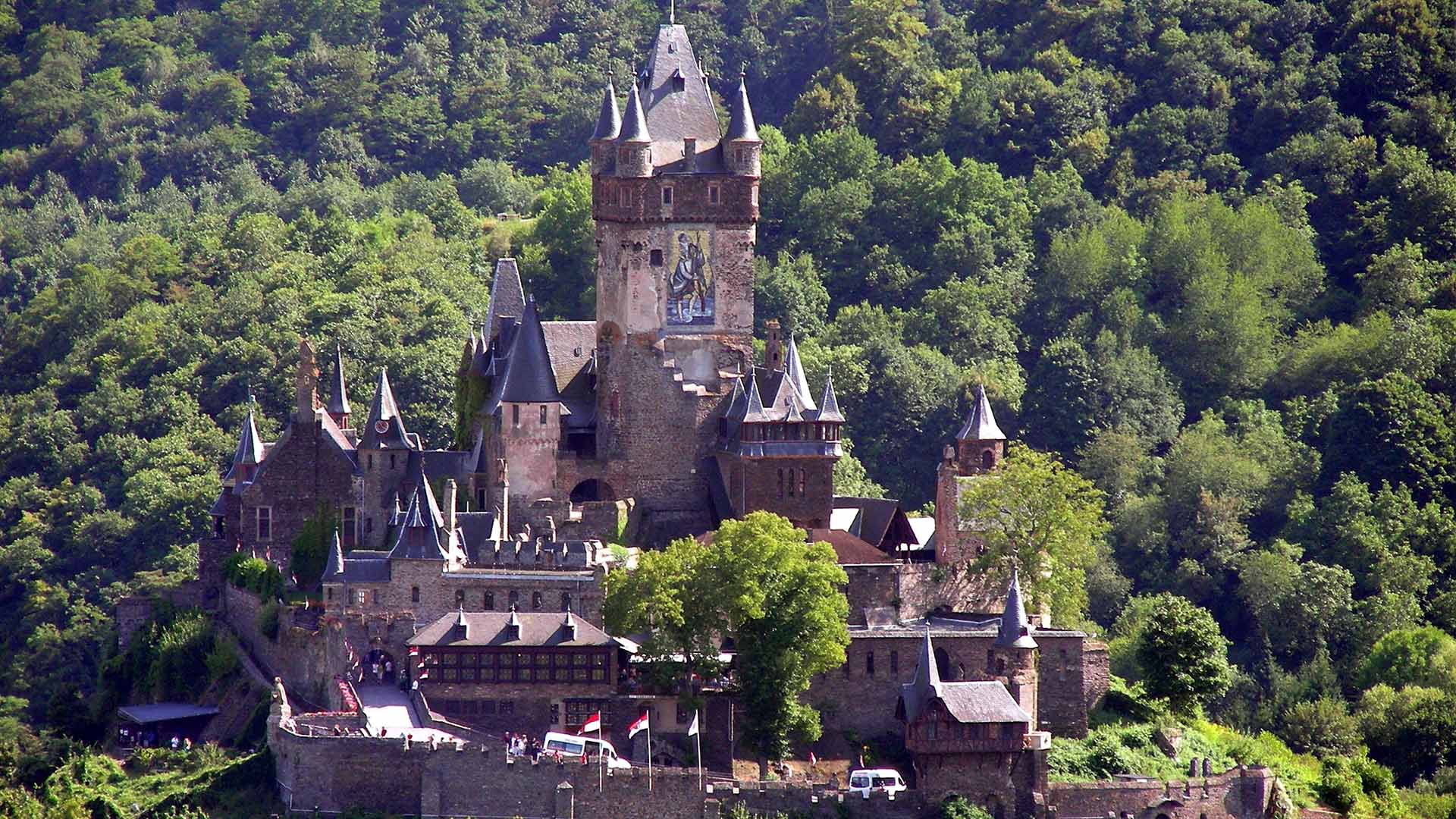 Germany holidays demand a leisurely pace to explore the long-forgotten struggles and splendours of a bygone era. The Reichsburg Castle, or Cochem Imperial Castle, was nearly destroyed in the 17th century when French King Louis XIV invaded the region. Visitors cannot help but admire the way in which it was rebuilt in Neo-Gothic style, with an impressive display of Renaissance and Baroque furniture. It’s the perfect place to enjoy a medieval feast or a ghost tour! Not to forget, the view from the top of the oh-so-beautiful Mosel River. 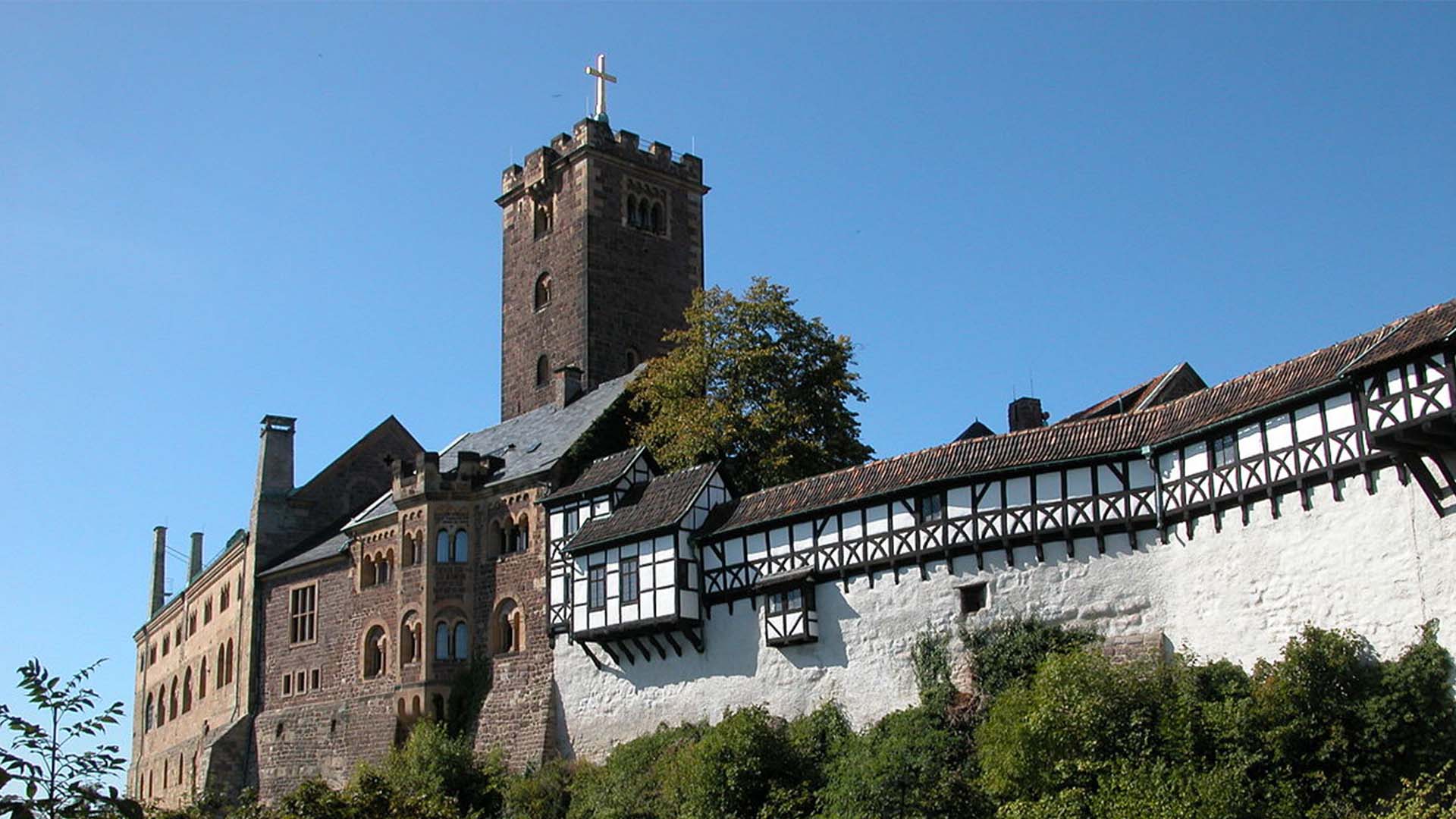 If you are a history buff, you must visit the place where Martin Luther took refuge while translating the New Testament from Ancient Greek to German between 1521 and 1522. Founded in the 11th century, Wartburg Castle is one of the most well-preserved medieval castles in Germany. Overlooking the lush Thuringian forest and the town of Eisenach, the castle is widely considered among best places to visit in Germany.

Fancy bumping into a ghost in 17th century garb? Schwerin Castle is the place to be! Situated on an island in the middle of Schwerin Lake, the 10th century castle is as famous for Petermännchen, the resident ghost, as it is for its revivalist architecture. An erstwhile home to the grand dukes of Mecklenburg, today the castle serves as a museum and government building for the Mecklenburg-Vorpommern state parliament. 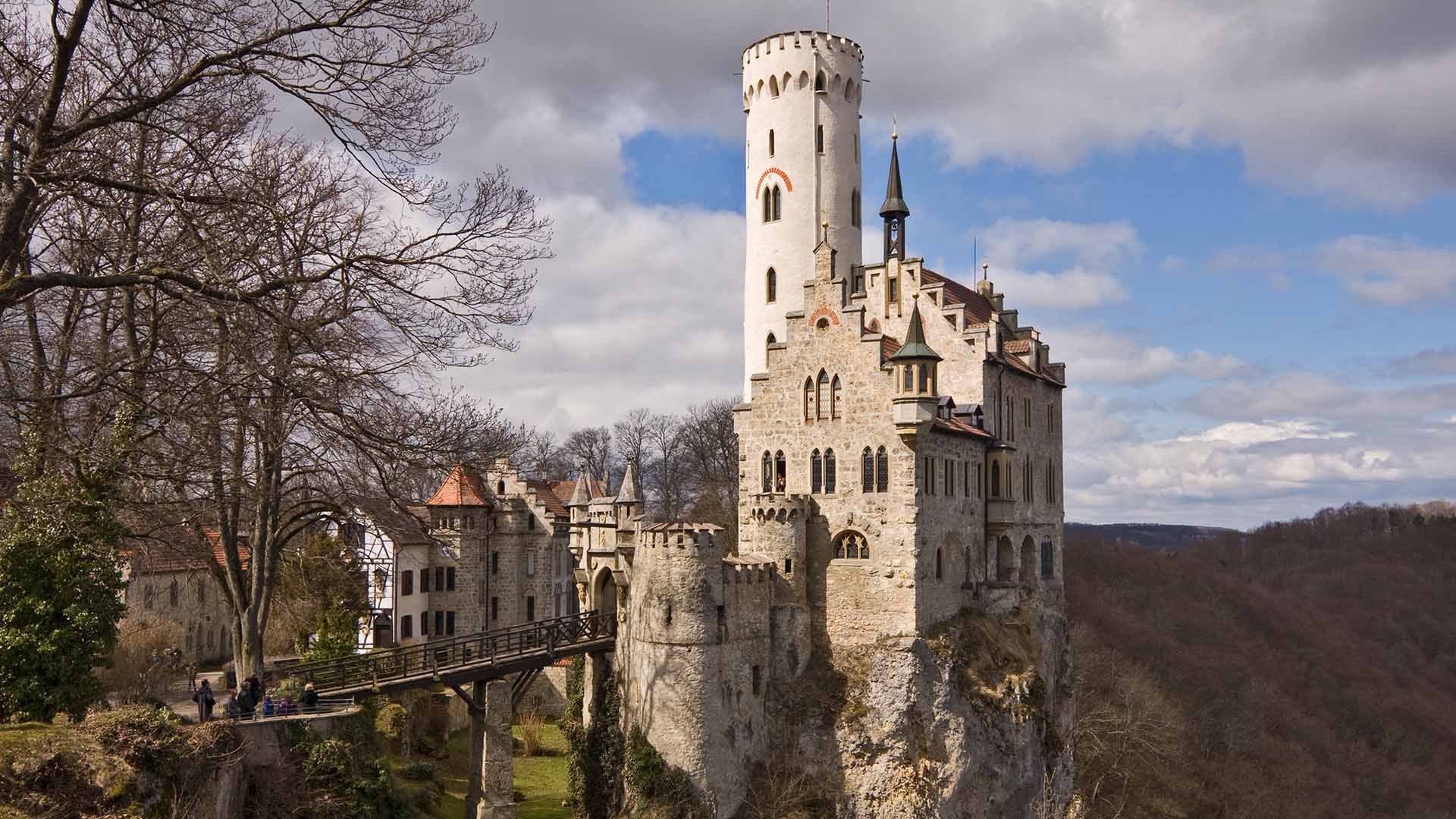 For those who drool over historic weapons and armour, Lichtenstein Castle is a must-visit. Clinging to the edge of a cliff and connected to land by a series of bridges, the castle was originally built in the beginning of the Middle Ages as a fortress, only to be destroyed in a revolt in 1377. In the 1800s, it was replaced by a modest hunting lodge, which finally made way for the Neo-Gothic structure (in the 1900s) that stands tall today. 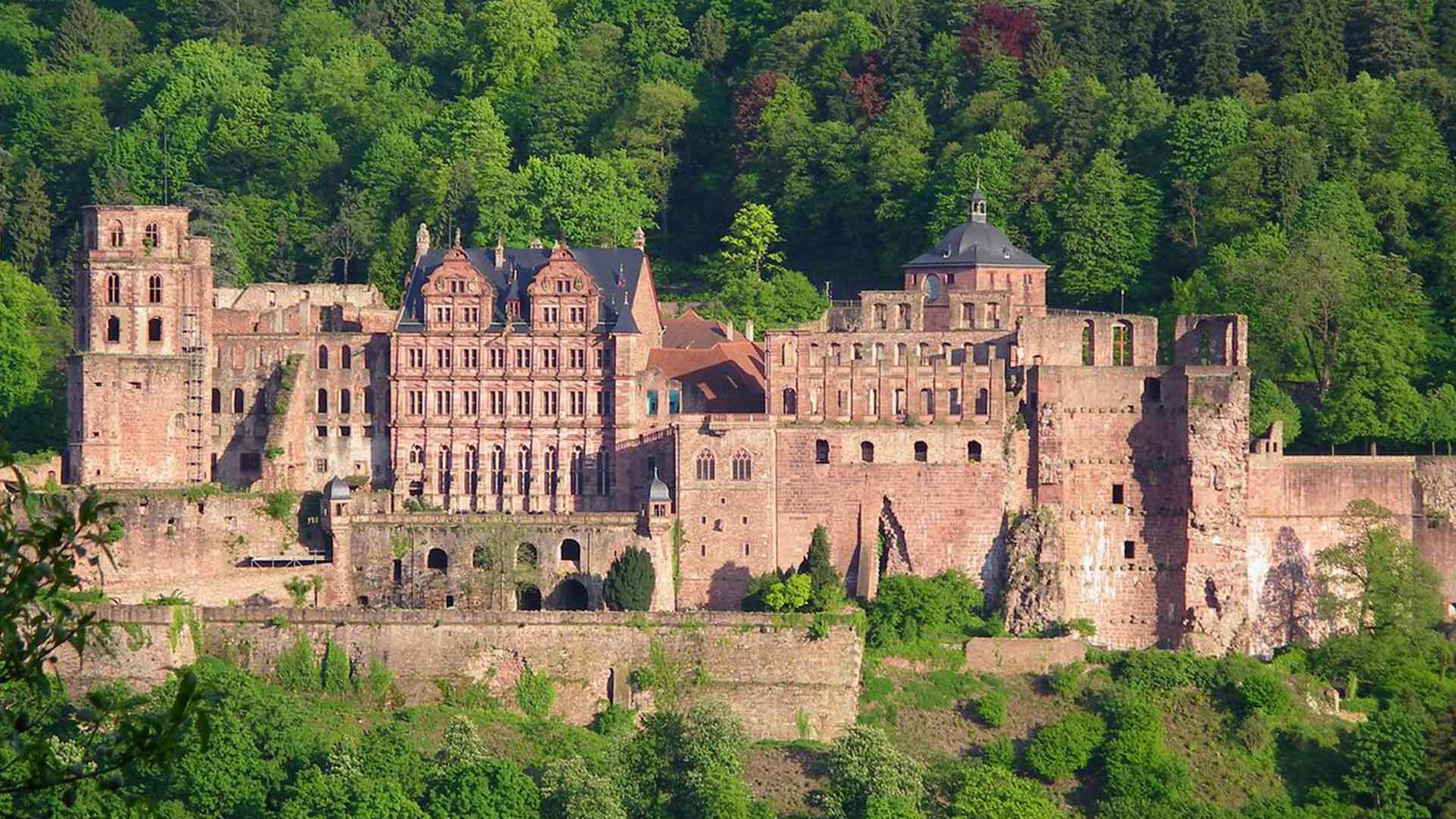 Did you know that a German castle is home to the world’s largest wine vat? The Heidelberg Tun, dating back to 1751, is 23 feet tall, 28 feet wide and can hold over 58,000 gallons of wine! That apart, Hiedelberg Castle is renowned as a Gothic masterpiece; the castle ruins are considered among the most important Renaissance structures north of the Alps. It’s strongly recommended that you spare time to explore the many myths and legends surrounding this historic castle on your trip to Germany. 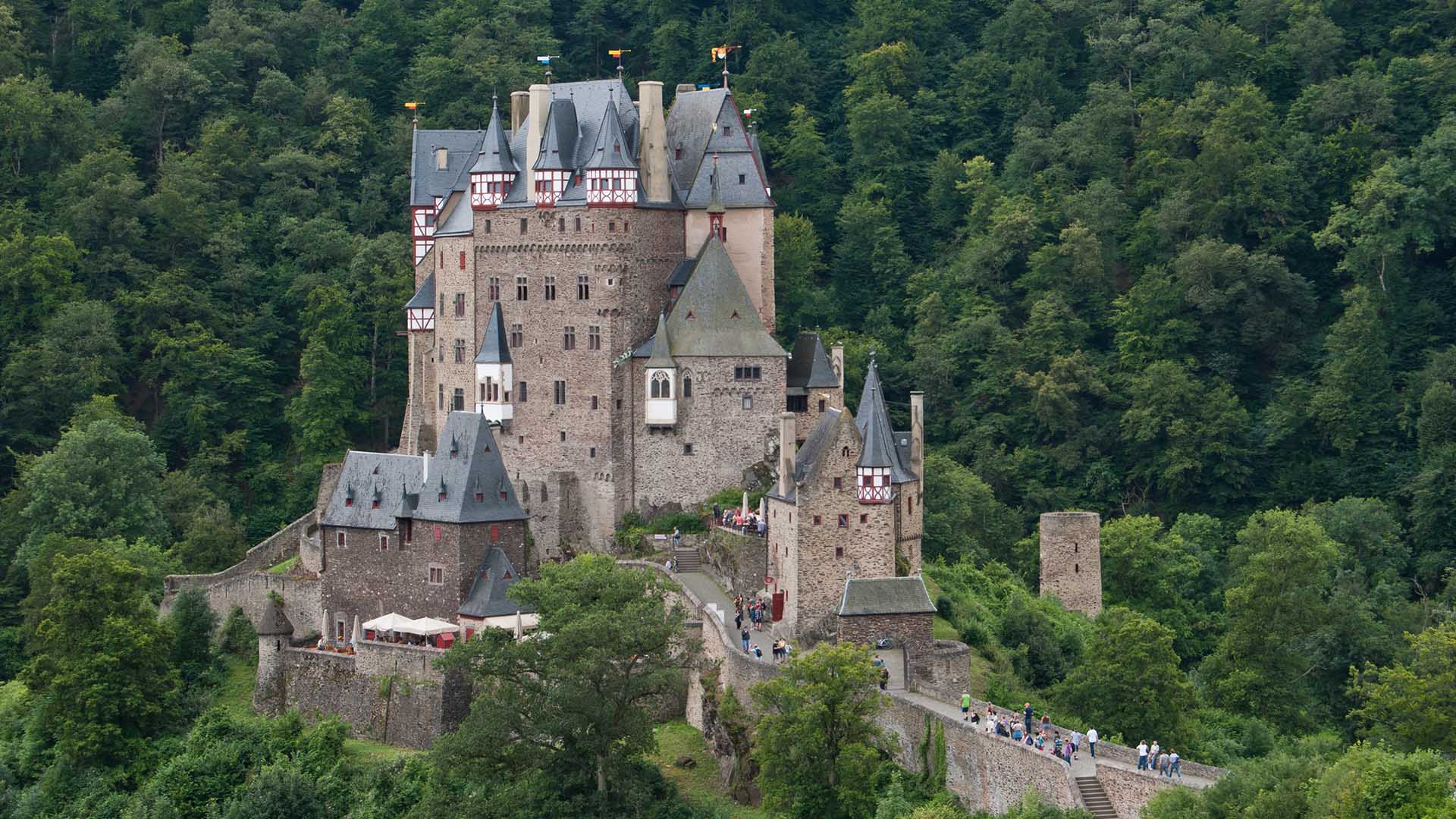 In West Germany, between Trier and Koblenz, lies an ancient castle that has been owned and lived in by the same family for over 33 generations since 1157. Set amidst the beautiful countryside, surrounded by the Elsbach River, Eltz Castle is a unique example of medieval architecture, untouched by war. In fact, the castle still houses centuries-old armoury, gold and silver artefacts, porcelain as well as antique jewellery, preserved over all these years. 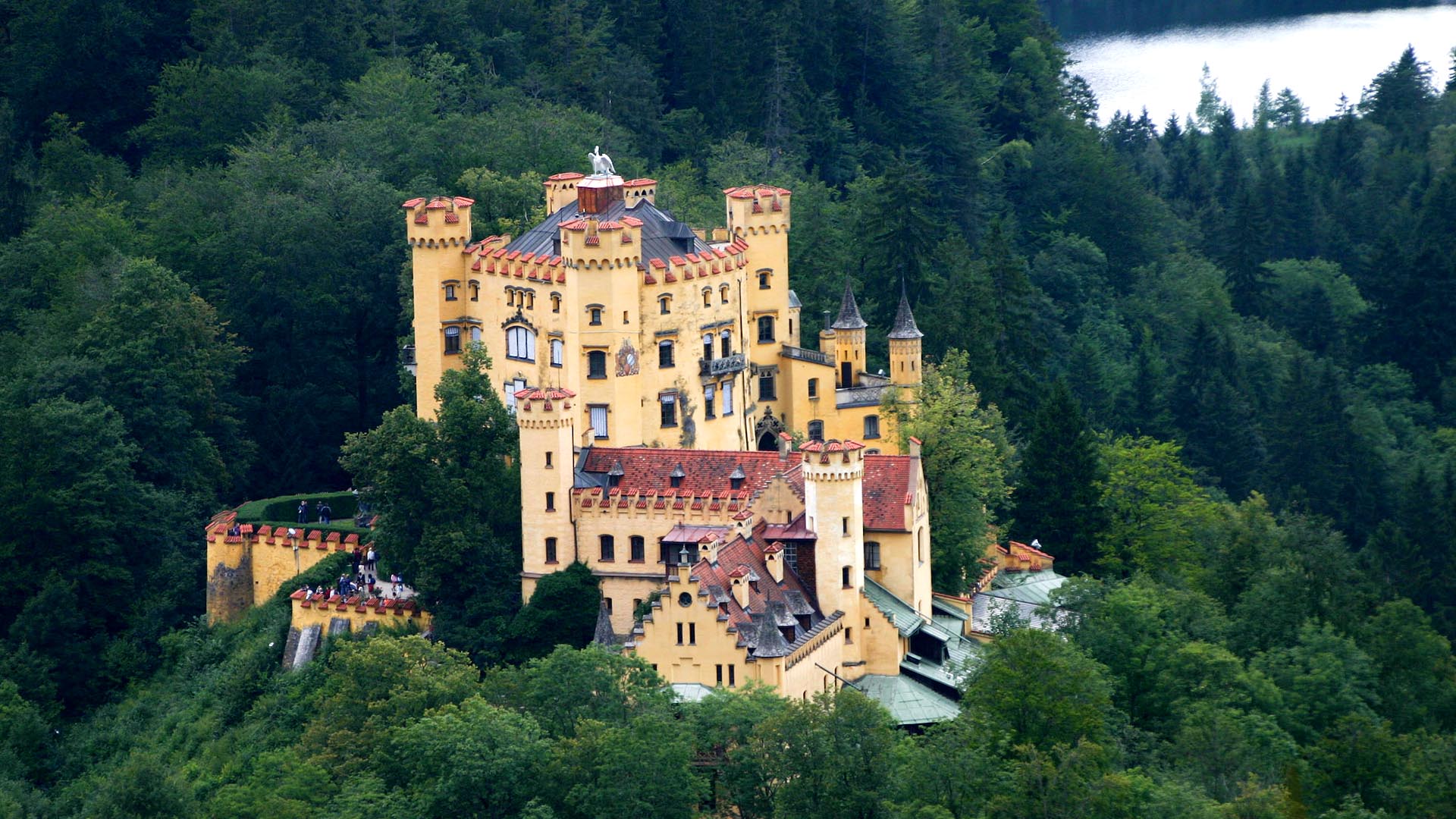 Considered the lesser cousin of Neuschwanstein, the nearby Hohenschwangau Castle has a charm of its own. Especially when it’s lit up at night, overlooking the picturesque village below and surrounded by splendid mountain ranges. Dating back to the 12th century, the bright orange castle was the childhood home of King Ludwig II and the more lived in of the family’s famous castles. 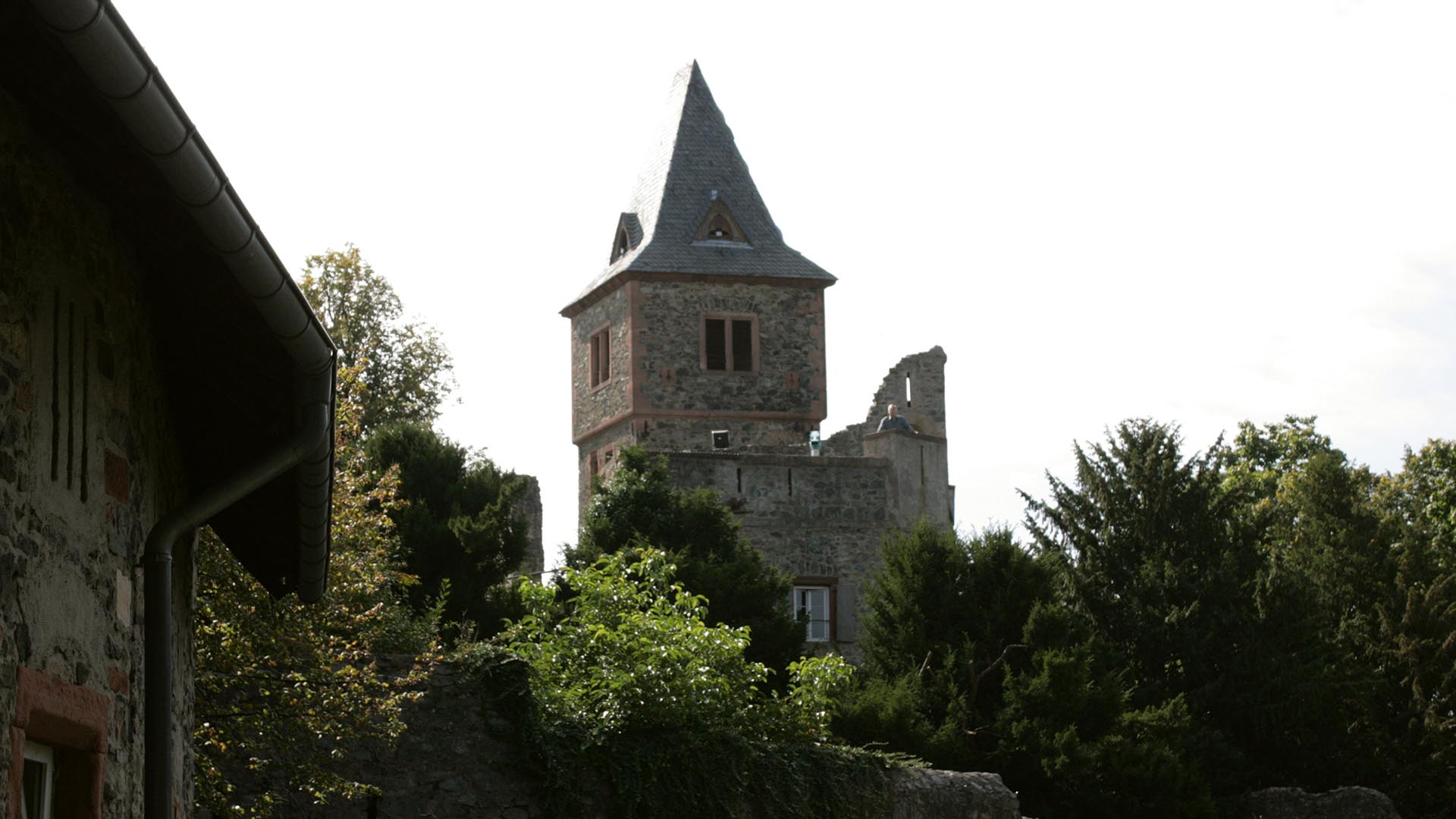 It’s quite an experience to visit the place that served as an inspiration for Mary Shelley’s legendary book Frankenstein. Although in ruins, the place still has an evocative air that instantly takes one back in time to the folklores of Johann Conrad Dippel, an alchemist, who was born in the castle in 1673. It’s believed that Dippel set up a lab in the castle and produced animal oils that he sold as the elixir of life. 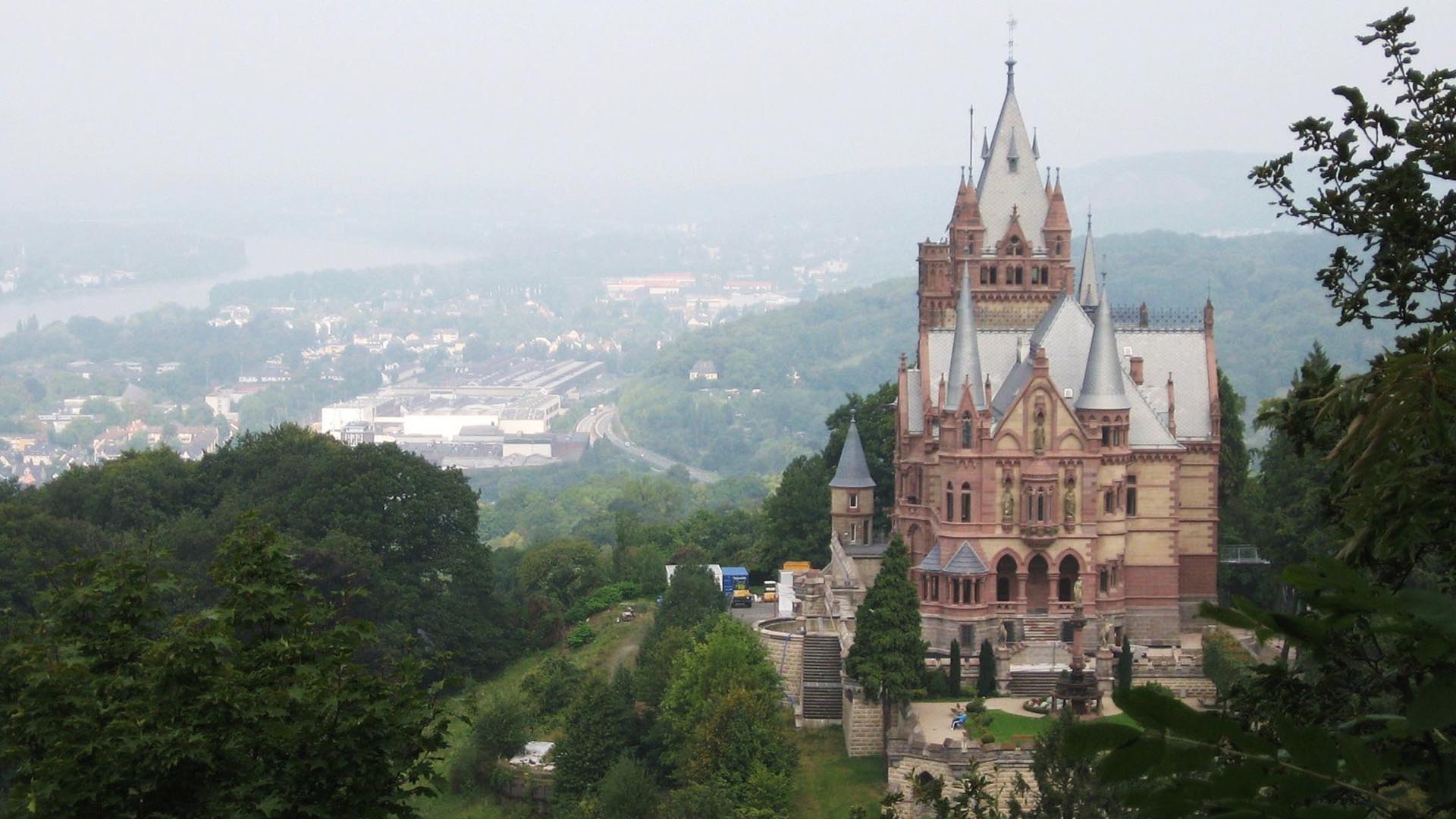 Famed in Medieval folklore as the location where the Norseman Sigurd slayed a dragon as it slept in a cave, the hilltop of Dragon’s Rock was where the Bishop of Cologne built the Siebengebirge Castle in 1138.  However, the castle was sacked in 1637 during the Thirty Years’ War and its ruins are all that remain today. What attracts modern-day tourists to the region is the Drachenburg Castle, built in the shadow of the original by Baron Stephan von Sarter in 1882. The Drachenfelsbahn railway, made to ease the commute up the hill, is definitely worth a try! 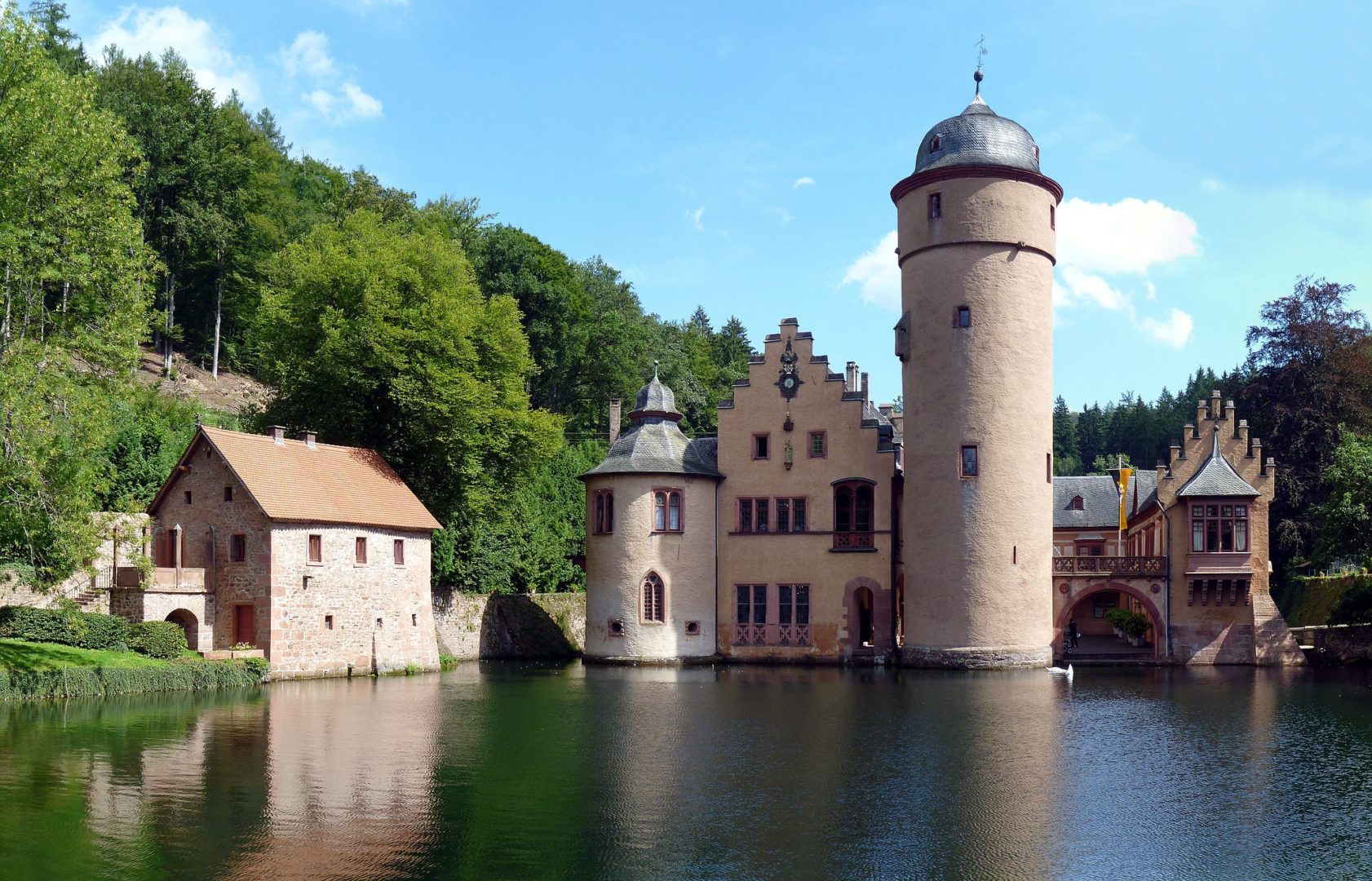 Mespelbrunn Castle may not find a mention in popular discussions about German tourist places, but its charming beauty makes it worth a visit. Built on water by an early 15th century knight, within the Spessart forest between Frankfurt and Wurzburg, the castle is not as opulent as most of its counterparts. But there’s no denying the soulful character of this privately-owned northern Bavaria castle that is open to tourists throughout the year.

A trip to Europe is incomplete without Switzerland