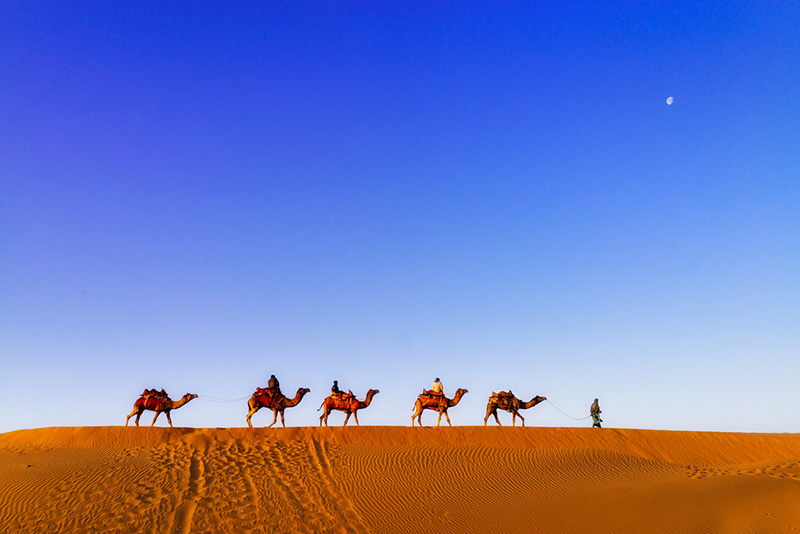 Although Bikaner hasn’t received the kind of attention it deserves, it is fast emerging as one of Rajasthan’s favoured locales for royalty and the Thar Desert. Jangladesh’s barren wilderness was first turned habitable in 1488 on the city of Bikaner’s establishment. Numerous forts and palaces make Bikaner the wonderful historical city it is today. While most of these now lie in ruins, each of them represent untold stories and ancient beauty. Get a glimpse of the majestic Junagarh fort and its temples, palaces and their colourful marble flooring, unique in the fact that it’s not on a hill. Stop for a visit at the grandiose Laxmi Niwas Palace, now a luxury hotel, with its distinct Indo-Saracenic architecture and elegant interiors. The epitome of Rajasthani royalty, The Lalgarh Palace stands tall with pillars, fireplaces and intricate latticework.

A mere 30 kilometres away from Bikaner is Deshnoke and the famous Karni Mata Temple. Not for the faint of heart, the temple’s marble facade and solid silver doors mark a home to nearly 20,000 rats, each of them considered holy. Step lightly as you walk, killing one even by mistake would require a replicate in silver. Head out on a camel ride through the sand dunes for a real experience of the various shades of Bikaner, or spend a night under the stars for a perfect night safari in the desert. 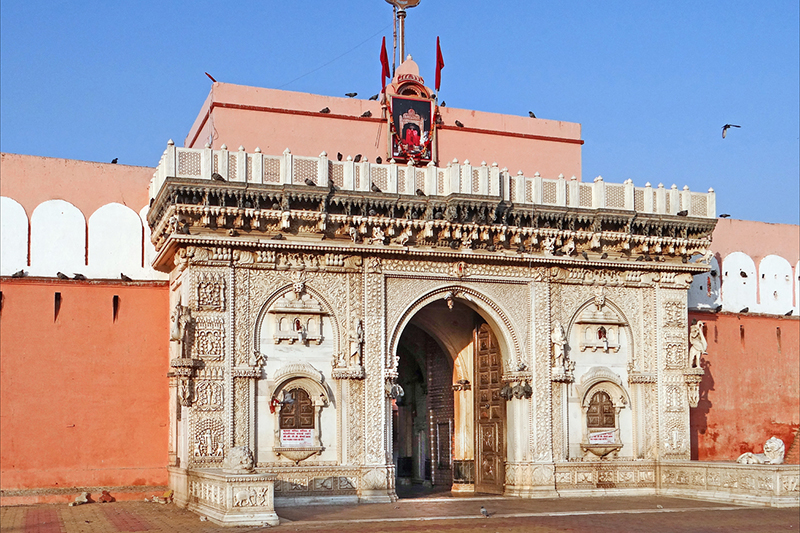 Fairly interesting, in the larger scheme of things, what the ‘rat temple’ of Bikaner considers auspicious may not be hard to guess. Spotting any of the 5 albino rats (apparent reincarnations of Karni Mata and her four sons) among a total of 20,000 resident here, probably a little tougher. Legend has it that Goddess Durga reincarnated all males from the storyteller caste of Charan as rats to spite the Death God, Yama. Step lightly as you walk, killing one even by mistake would require a replicate in silver.

Lunch with the locals 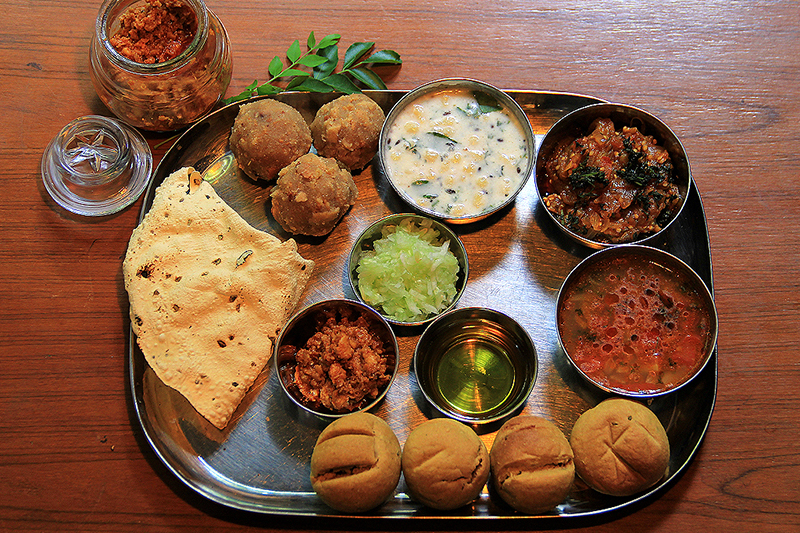 Get friendly with a local family in Bikaner getting to know more about their traditions and culture, as they give you a quick MasterChef session on Rajasthani food. Dishes could vary, depending on the season you’re visiting in, from millet flatbread (bajreki roti), legumes (fali) and stuffed pepper (mirchibada) to lentil-infused hard wheat rolls (daal baati). Enjoy your very own home-cooked Rajasthani meal with the family and don’t forget to take notes.

Camels and Sunsets in the Thar 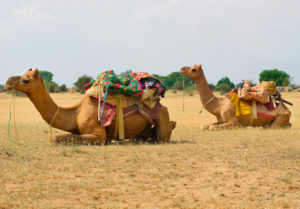 The desert town of Bikaner is filled with temples and forts, but some of its finest adventures lie in the dunes and villages on its periphery. What better way to get to know the Thar than on a Lawrence of Arabia-esque escapade at the outskirts of Bikaner. The padded soles of the camel’s feet make a mockery of otherwise tough-to-walk on dunes. Get off the camel and explore villages as you speak to locals and find out more about their lifestyle, about what it takes to survive desert temperatures and areas with so little water. Stop for lunch at a village homeand wait for the golden sunset over the dunes before you head back. 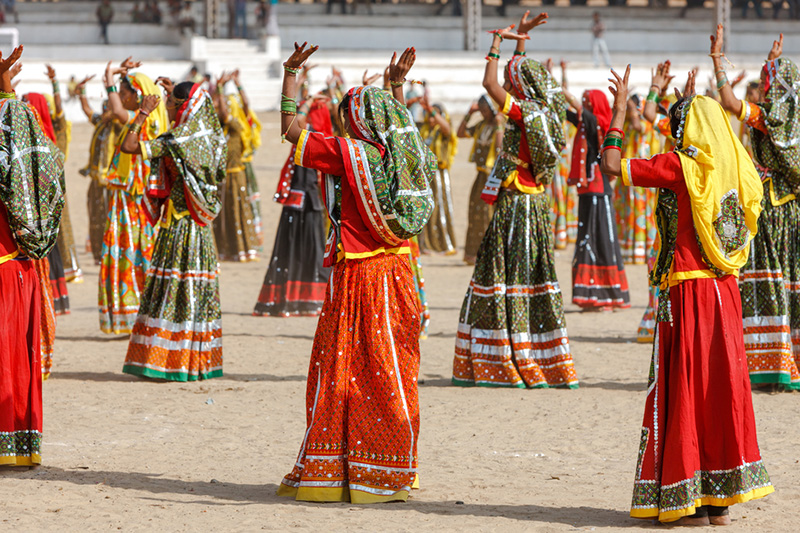 Everything in Rajasthan seems surrounded by music and culture, beautiful golden sunsets and charming folk dancers. From the popular KachhiGhodi dance in horse costumes to the swirling skirts of the Kalbelia dance and the enthusiastic Ghoomar dance, the region is a hotbed of cultural diversity. Drive out to Bikaner’s outskirts for an evening filled with dance performances and sumptuous food. Small bonfires keep you warm while you watch performers mesmerise you with their moves. Get your feet tapping to traditional musical instruments and performances with a traditional Rajasthani dinner.

The Streets Of Pushkar