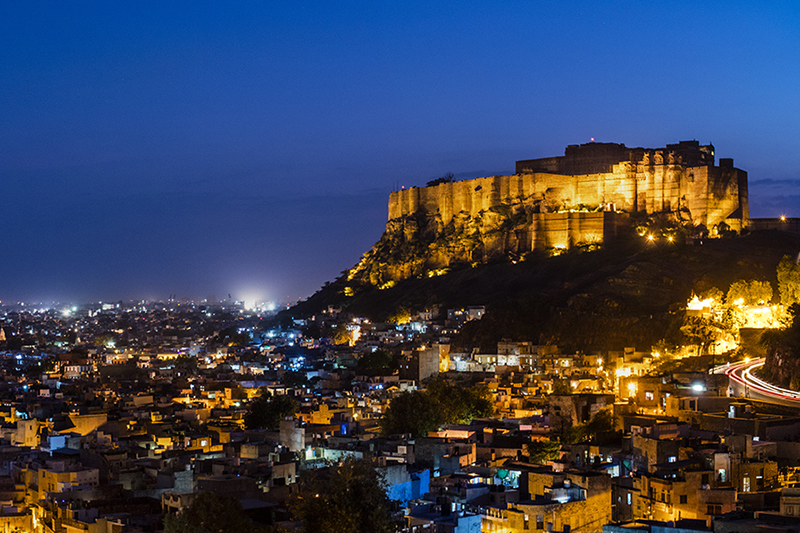 Elusive beautiful indigo blue ink-spill patterned buildings make picture-perfect Jodhpur everything it’s made out to be, and a little more. Surrounded by legends that are closer to truth, the fabled city of Jodhpur, bathed in blue, is viewed at its spectacular best from the looming Mehrangarh Fort. Zip line across this medieval fort palace for a quick glimpse of the fort that, legend has it, led to Jodhpur being plagued by drought after a hermit who lived here cursed it. The beautiful white-marble Jaswant Thada, close to the fort, offers stunning sunrises and sunsets so get here early. Rajasthan’s famed ‘Gateway to the Thar’ desert, Jodhpur, is surrounded by a 10-kilometer wall, complete with eight gates around. Begin your morning with a steaming cup of ‘masala chai’ as you walk through small alleys that criss-cross town, lined with busy shops selling savoury snacks and children running through crowds as the odd scooters honks at a cow on the road. Head over to the clock tower in the heart of the city for a visit to the markets surrounding it, filled with brilliantly coloured sales of traditional ware. Umaid Bhavan Palace, here in Jodhpur, is one of the world’s largest private residences; home to the erstwhile royal family, a part of it is now leased to the Taj Hotels.
Make time for a visit to Bishnoi village, half an hour away, for its animal-loving, nature worshipping inhabitants and the serene antelope (famed black buck) and deer grazing nearby (protected by the Bishnois). Osian, an hour and a half away, has magnificent ancient temples, and is worth a day visit as well.
Un[travel] Jodhpur for Rajasthani artefacts, delicious culinary delights around every corner, unbelievably picturesque sunrises that illuminate forts and havelis and antique temples, Rajasthan’s own ‘sun city’. 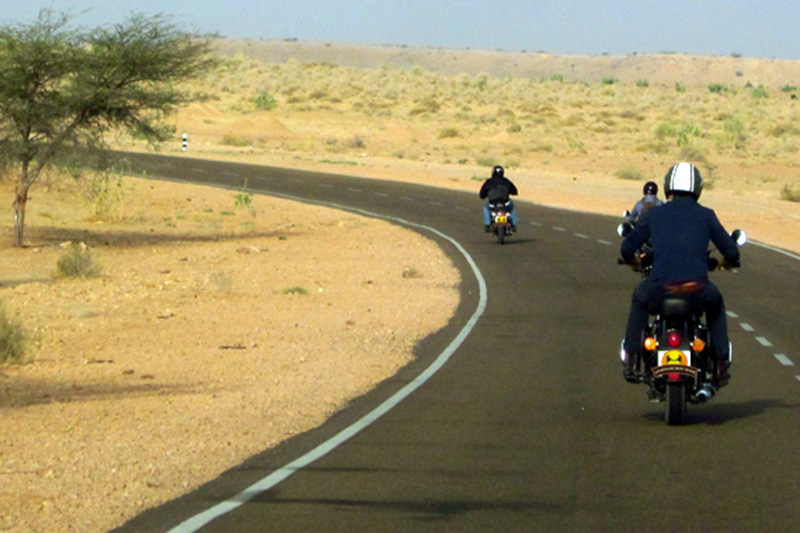 Jodhpur on a Bike

There’s a lot to see in the blue city of Jodhpur, and there’s no better way to do it than on a bicycle. Begin at Rao Jodha’s Mehrangarh Fort and get to know more about the history and architectural style of a fort that, legend has it, led to Jodhpur being plagued by drought after a hermit who lived here cursed it. Stop at the beautiful white-marble Jaswant Thada before you walk over to the tiered gardens and small lake before heading down to the historic Ghanta Ghar (clock tower). Sadar Bazar, the bustling local market near the tower, is filled with little shops of traditional jewellery, bright clothes and innumerable eateries; you’re bound to stop for longer than a couple of minutes. Move on to Umaid Bhawan Palace, one of the world’s largest private residences, still home to the erstwhile royal family for a quick walk around the gardens and museum before you head back. 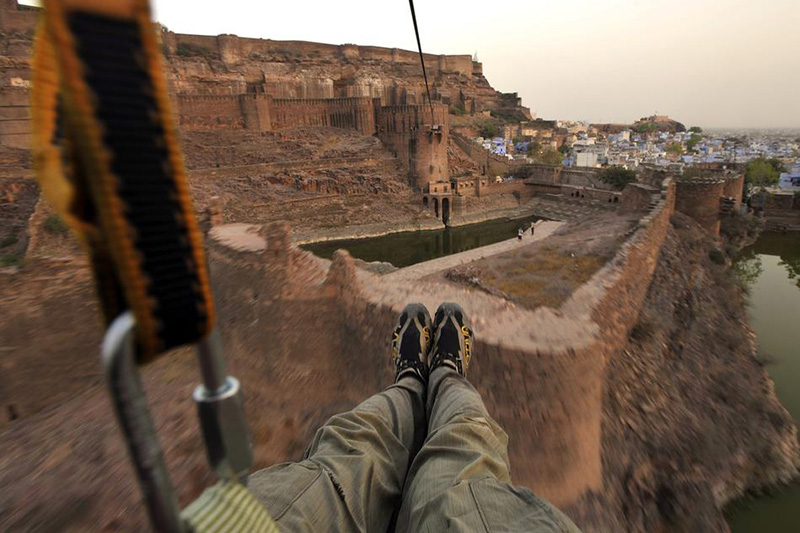 Zip-line across the mighty Mehrangarh

Delve deep into history at the Mehrangarh Fort and gaze in admiration at the artefacts in its museum. Just as you find yourself entering a world that had long turned to dust, you get zoom across time when you zip-line through the outer battlements, desert lakes and a rocky ravine. A perspective of the fort and its surroundings you definitely shouldn’t miss. 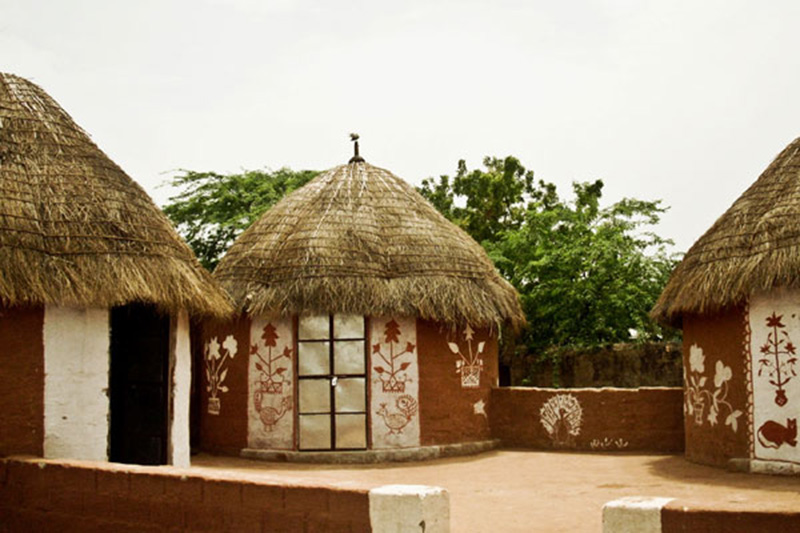 Ardent nature lovers and fierce protectors of animals, the Bishnoi tribe of Rajasthan has earned a reputation for itself. So fierce is their love for the nature legend has it that 363 villagers lost their lives when they offered their heads for every tree the king wanted to cut here. The Maharaja ultimately ordered that no trees would be felled near Bishnoi villages and neither would animals be hunted there.
Drive over to a Bishnoi village and spend some time learning more about their way of life. Walk past beautifully coloured huts watching the unique man-animal bond that exists here. Head out to visit local artisans of the villages nearby. Potters and rug-weavers around the area are renowned for their immaculate work. 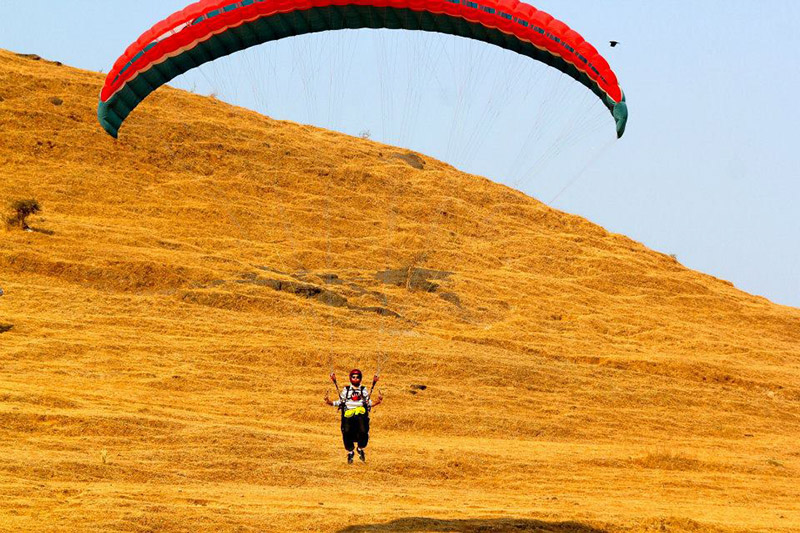 The beautiful blue of the city, the brown desert and the enormity of Mehrangarh Fort is best observed from above. What better adventure than to paraglide over Jodhpur. Make that run and soar in tandem with your instructor for a bird’s eye view of ‘sun city’ in all its glory. Enjoy the flight and the manoeuvres as the instructor takes you around this whirlwind 30-minute paragliding experience.