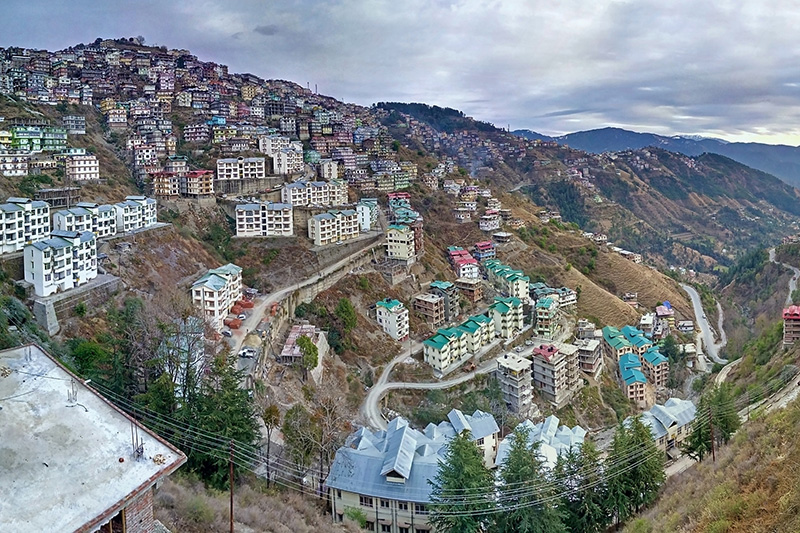 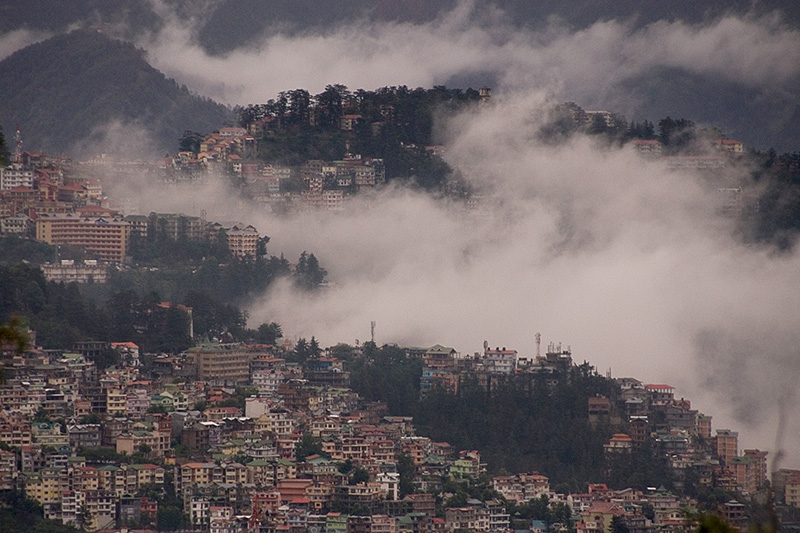 There’s something about Shimla. No matter how many times you may have been to the summer capital of British India, you’ll never get tired of it. For those who have done the Shimla holiday packages, visited all the tourist places and stayed at luxury hotels in Shimla, there are still reasons to head to the hill station. Let’s look at five places to visit near Shimla that you may not have travelled to yet: 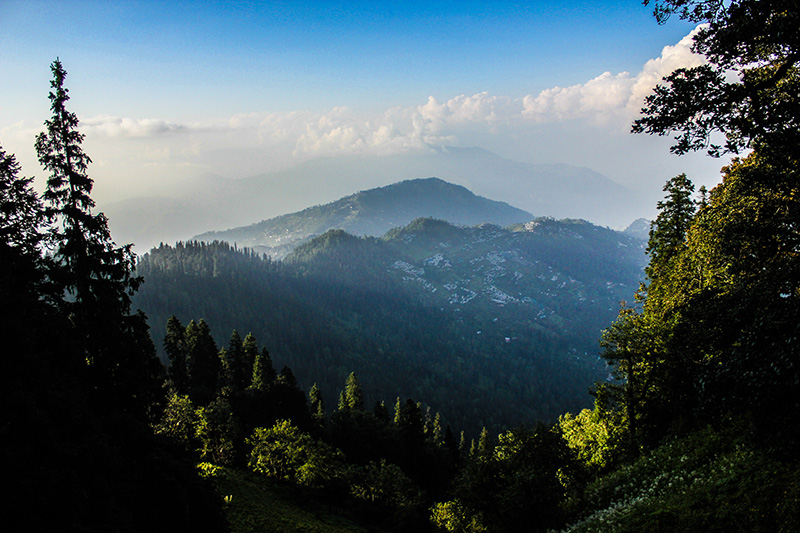 When it snows, head to Narkanda. Barely 65 km from Shimla, the hill station situated at an altitude of 2700 metres above MSL is known for its winter sports activities like skiing and hiking. The stunning sight of snow-clad mountains, surrounding the apple and peach plantations, is like no other! A one-hour trek from Narkanda will take you to Hatu Peak, the adventure seekers’ paradise. After you get your fill of fresh air and white scenery, head towards Hatu Mata Temple in the vicinity. In all likelihood, you’ll lose track of time. The good news? There are quite a few good hotels in Narkanda. 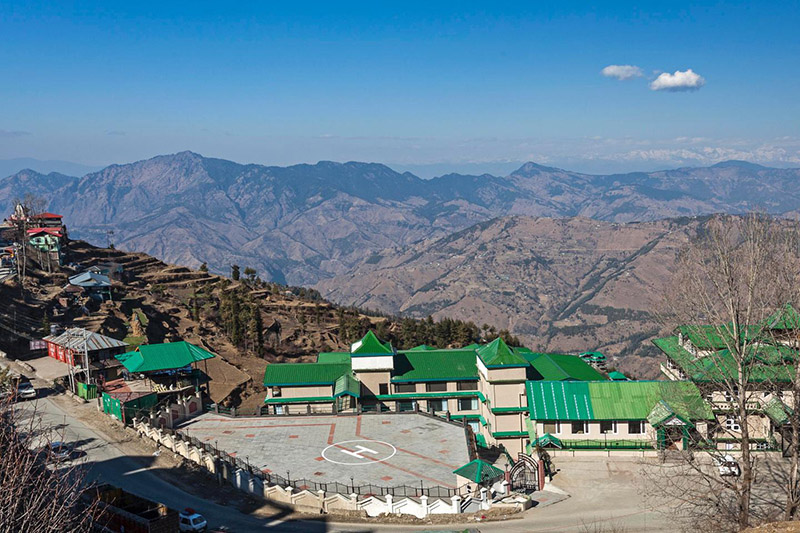 The summers are the best time to visit Shimla and its many neighbouring hill stations. Kufri – situated 20 km from Shimla – forms the Golden Triangle of Himachal Pradesh, along with Shimla and Chail. Trekkers are likely to be familiar with this little hill station as most of the treks to Manali and Shimla start from here. Famed as Himachal Pradesh’s winter sports capital, Kufri also hosts the annual winter sports festival every February. Whether it’s skiing, tobogganing, or go-karting, the place promises an adrenaline rush that you’ll remember for a long time! 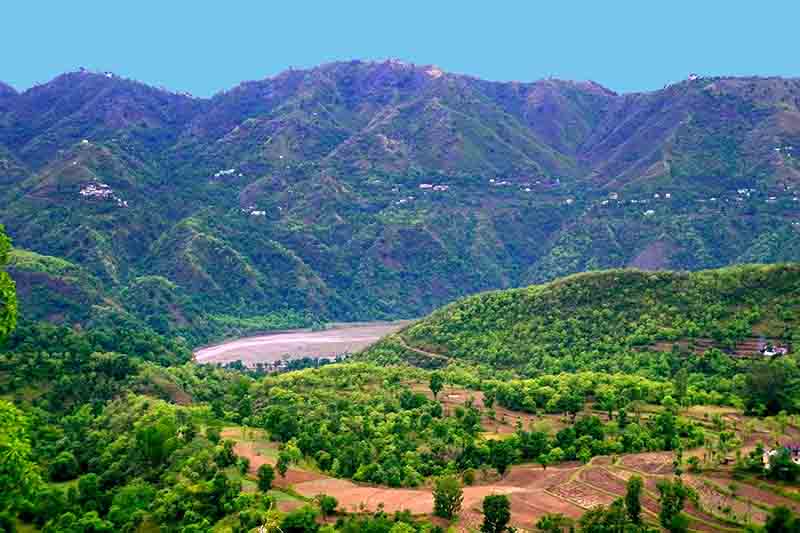 Ever wondered where mushrooms come from? Drive to Solan – barely 50 km from Shimla – to get a glimpse into the fascinating world of mushroom farming. Known as the ‘Mushroom capital of India’, the hill station is also famous for its large scale production of tomatoes. Temples, monastery, fort, brewery…Solan has something in store for every traveller. The bonus is that the place, surrounded by high peaks, serves as the perfect gateway to other hill stations like Kasauli and Chail. 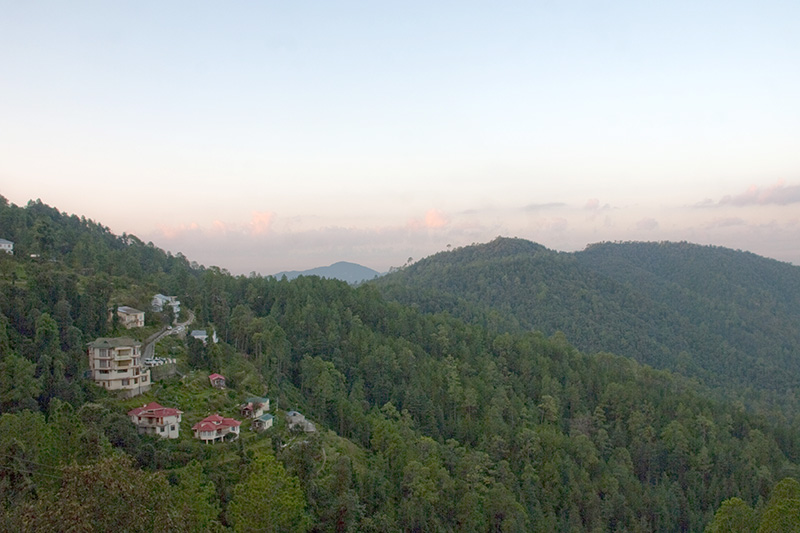 A lot like Shimla, only less crowded. That’s the first impression one gets of Chail. However, there are many unique feathers in the crown of this former summer capital of the princely state of Patiala. Did you know that it houses the highest cricket pitch in the world? Located 40 km from Shimla, Chail Wildlife Sanctuary is home to the Rhesus Macaque, Leopard, Indian Muntjac, Goral and Crested Porcupine, Himalayan Black Bear, Wild Boar and common Langur, among other species. The hill station is actually spread across three hillocks (Rajgarh, Pandewa and Sadh Tiba) and offers awe-inspiring views of the countryside. 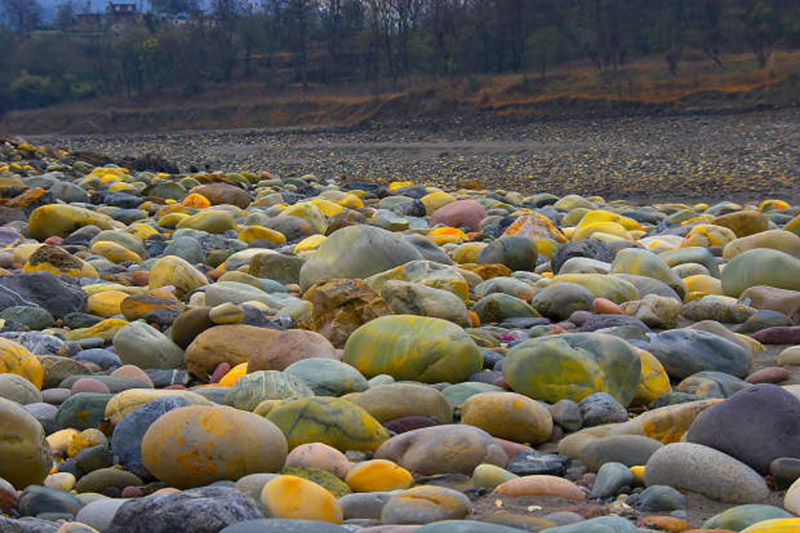 Some visit this tiny hamlet for religious reasons, while others seek relief from pain. Barely 50 km from Shimla, Tattapani is renowned for its hot springs, where Hindu devotees folk to take a holy dip (in January-February) to wash off their sins. The hot sulphur springs along the bank of river Sutlej are also believed to have medicinal properties, offering respite from body aches and fatigue. While you are there, don’t forget to walk up to the Shiva Caves. They are hardly three km away.

Check here for booking trips to Shimla and other destinations in Himachal.