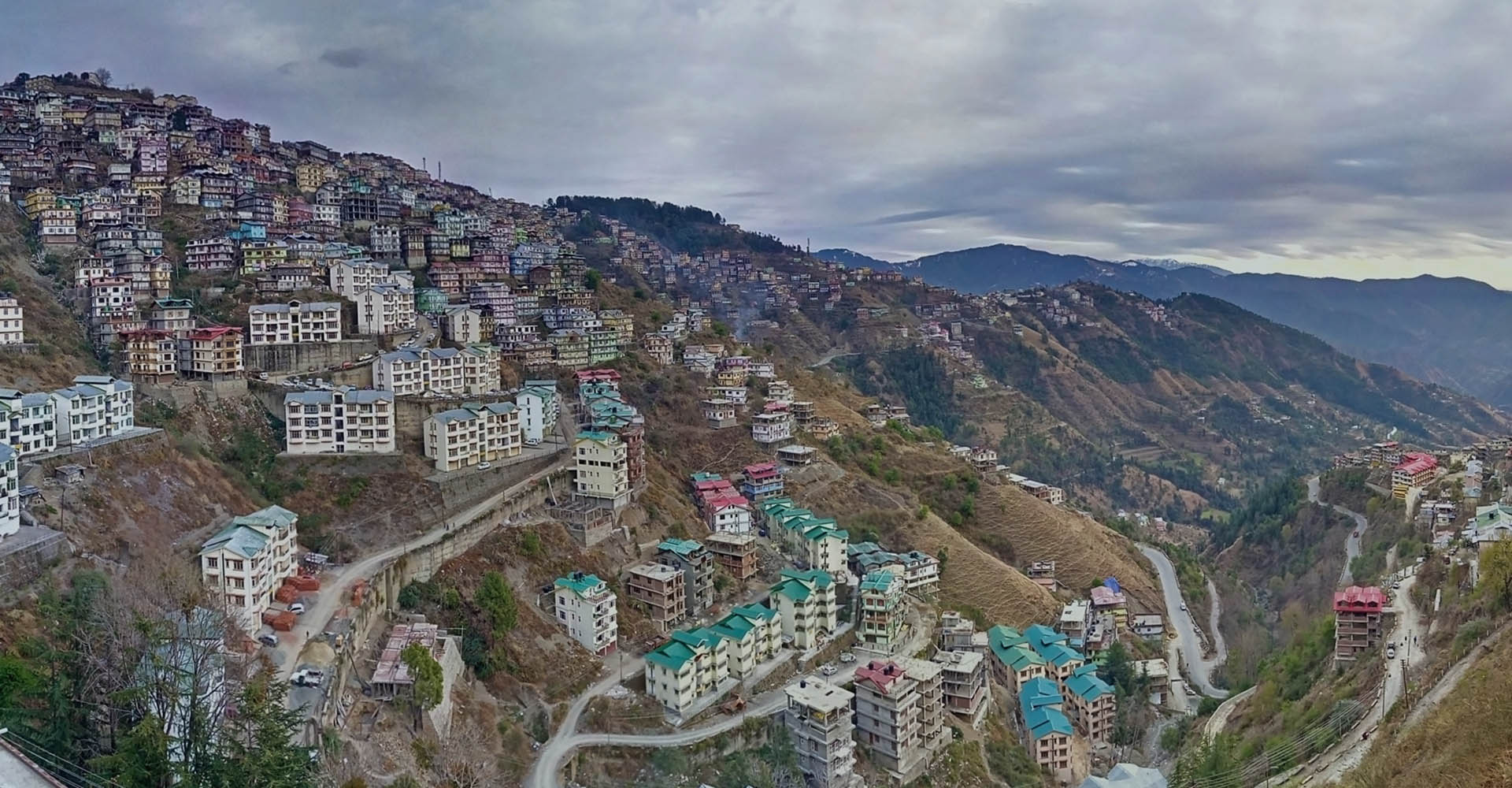 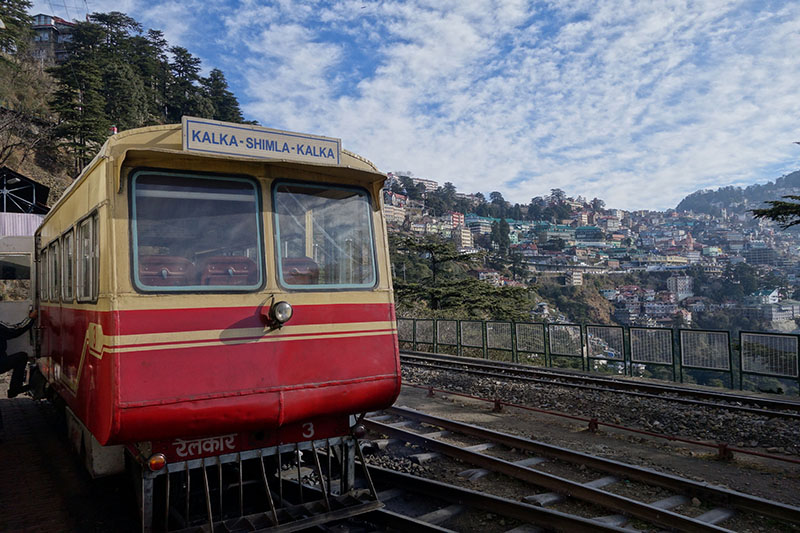 Shimla offers much more than charming colonial buildings against a backdrop of the magnificent snow-capped Himalayas. Much more than the dozens of Bollywood songs set on Mall Road or its oldest boarding schools. The upper reaches around the Shimla region offer skating on natural ice as well as host the MTB Himalaya (South East Asia’s biggest mountain biking race). Shimla also boasts ownership of the 16th century “Arya Astha Sahasrikas Prajna Paramita” Tibetan script (at the quaint Maria Brothers antique booksellers) and the Jakhu Temple Shrine with Lord Hanuman’s footprints.

Originally part of the Kingdom of Nepal (before it was declared the British Summer Capital of India), pleasant summers and snow-covered winters make Shimla a favorite weekend getaway with tourists all year-round. Expect a tattoo artist around every corner, but expect no food after midnight. Legendary ghost stories (Chudail Baudi, for single men whose cars slow down for the lady in the white sari) and fantastic cultural heritage make this visit all the more memorable. un[travel] your way up that UNESCO heritage railway route to Shimla for sights and sounds like never before.

Places to visit in Shimla 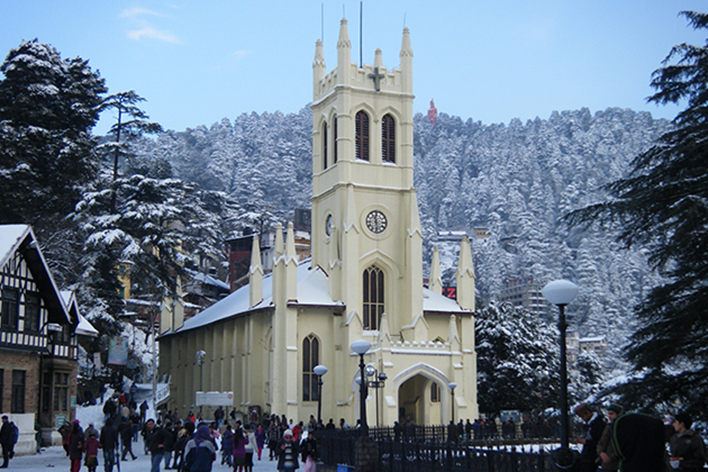 Shimla has a lot of stories to tell, some legends, and more heritage, but all equally exciting. Begins at the appropriately named ‘Scandal Point’ where legend has it that the Maharajah of Patiala was exiled from Shimla after a fierce argument with the Viceroy (some stories say he eloped with the Viceroy’s daughter) and was eventually exiled from Shimla –giving this spot its name in 1892. Send yourself a postcard from the timber-structured ‘wild west Swiss’-styled 133-year-old Shimla General Post Office as a souvenir.

Pass Christ Church on the ridge that was built back in 1857 with its tower clock and fresco designed by Rudyard Kipling’s father. Take a break at The Town Hall’s steps, but make way for officials as it’s still used by the Municipal Corporation of Shimla. Get transported to the grandeur and aura of times gone by at the century-old Gaiety Theatre before you move on to the ancient Kali Bari Temple. Stop for a breather at the neo-Gothic Gorton Castle set in the midst of gigantic Deodars. Walk past the enormous Vidhan Sabha to the old Victorian mansion that now houses the Himachal State Museum with its numerous cultural treasures. Be prepared for a pleasant colonial hangover at the end of this walk. 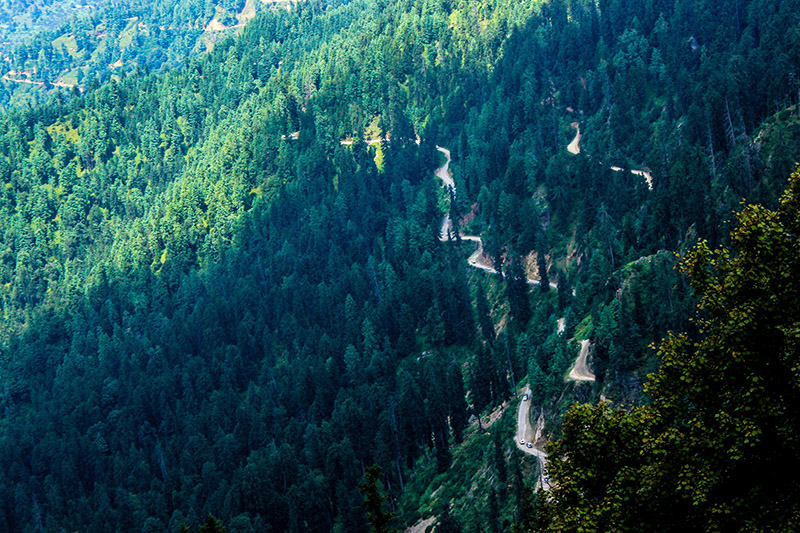 Lush green hills mark summer in Kufri– a stark contrast to the fantastic snow slopes that make tobogganing ‘the’ thing to do at the end of the year. If you’re visiting in January, try your hand at the ‘National Snow Statue Competition’ here in Kufri. A short walk around would take you past colonial-Esque statues at Chini Bungalow to the Himalayan nature park.

Head on to Koti for a picnic in unexplored gardens surrounded by orchards. Tall pine and deodar forests signal the entry to Chail at about 2250 meters above MSL. Renowned for the worlds’ highest cricket pitch and polo grounds (at 2444 m above MSL), Chail is also home to the majestic summer palace of the Maharaja of Patiala built in 1891 (when exiled from Shimla by the British). Walk back in time through fascinating Indo-English architecture set on sprawling lawns with wide patios and corridors that echo with voices of an era gone by. 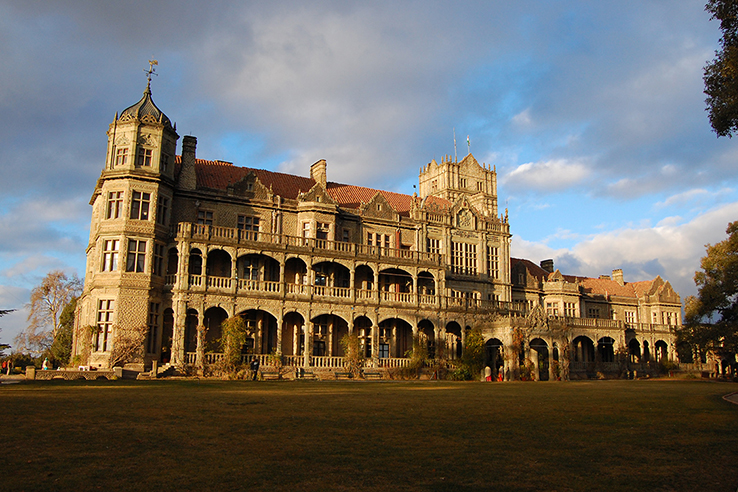 What makes Shimla more alluring is its glorious past, the days when it was the summer capital during the British Raj. Beneath the Kali Bari temple, at the North Bank, lays an ordinary house where there once lived an extraordinary writer, Rudyard Kipling. This Nobel laureate spent most of his summer vacations here where memories of Jungle Book still linger on. Move on to the Viceregal Lodge. This was originally built as a home and summer residence of subsequent viceroys and governors-general of India. Leave history behind, for a peaceful walk through dense forests for a quiet moment of solitude with a quaint picnic basket for the company. 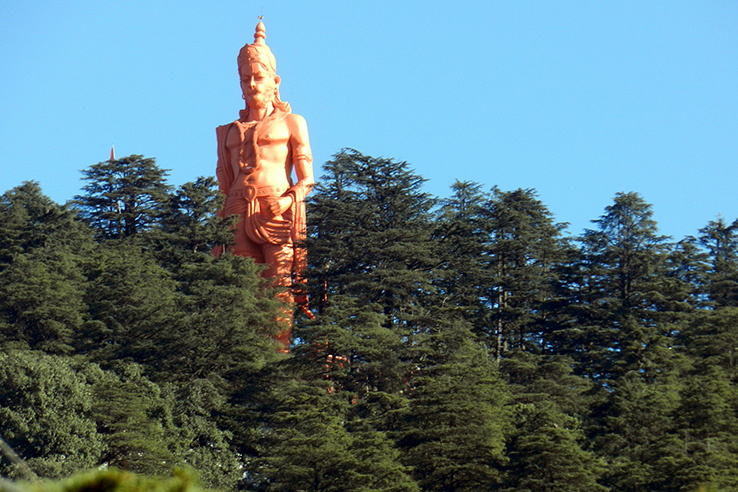 Heritage and reverence have co-existed in the hill-town of Shimla for a long time now. Hike up from the east end of the ridge of Shimla, towards the revered Jakhu temple. Through the gates of the Rothney Castle; once the home of the great naturalist, A.O. Hume, hikes uphill to a beautiful temple complemented by the hymns filling the air and the wall murals depicting Hindu myths! A looming 33m tall Hanuman statue and a battalion of His minions stay with you as you stroll through the surrounding forests. 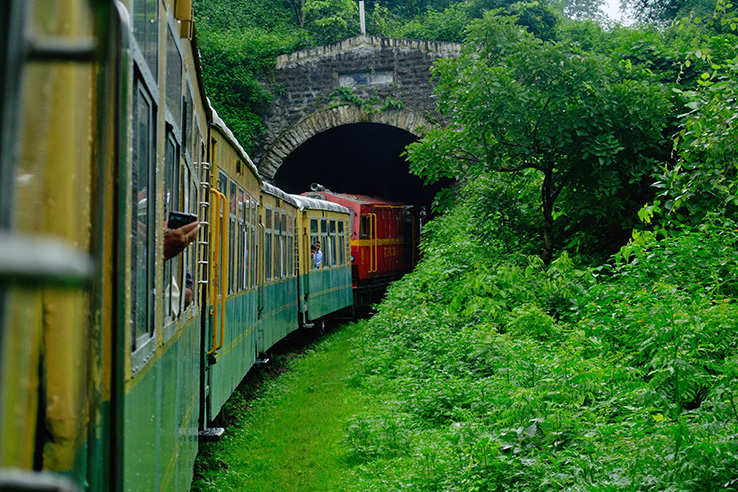 103 tunnels, 864 bridges, 919 curves, and a ride of a lifetime: Welcome aboard the Shimla-Kalka ‘toy train’. This UNESCO heritage train chugs slowly up the mountains, seemingly playing an interesting game of hiding and seek with tunnels. Gradual ascents on winding tracks, flanked by age-old trees on either side, seem straight out of a storybook. Over a century old, the ‘toy train’ still chugs into the hearts of the hundreds who travel in it every day. Made more memorable with numerous Bollywood songs, there’s nothing like a ride up to Shimla with the tune of ‘gaadi bula rahi hai, seeti baja rahi hai’ probably playing on in your head.

March to June is the popular tourist season when the weather is perfect for outdoor activities and quite pleasant. If you’re the type to lace up your adventure boots, this is the time to visit here with paragliding, trekking, camping, and rafting all up for grabs.
July to September sees heavy rainfall and quite a drop-in visitors. On the upside, the rains make the hills more luxuriant and if you’re the kind who prefers dripping weather and lonesome hikes, this time has your name all over it.
October to February is the typical Shimla filming weather with huge dollops of snow thrown in! Also, a popular time for visitors.
Although a year-round destination, the activities open to you may vary based on when you visit. So, plan accordingly.

Best places to stay in Shimla

Ditch Switzerland and Plan your Honeymoon in Himachal