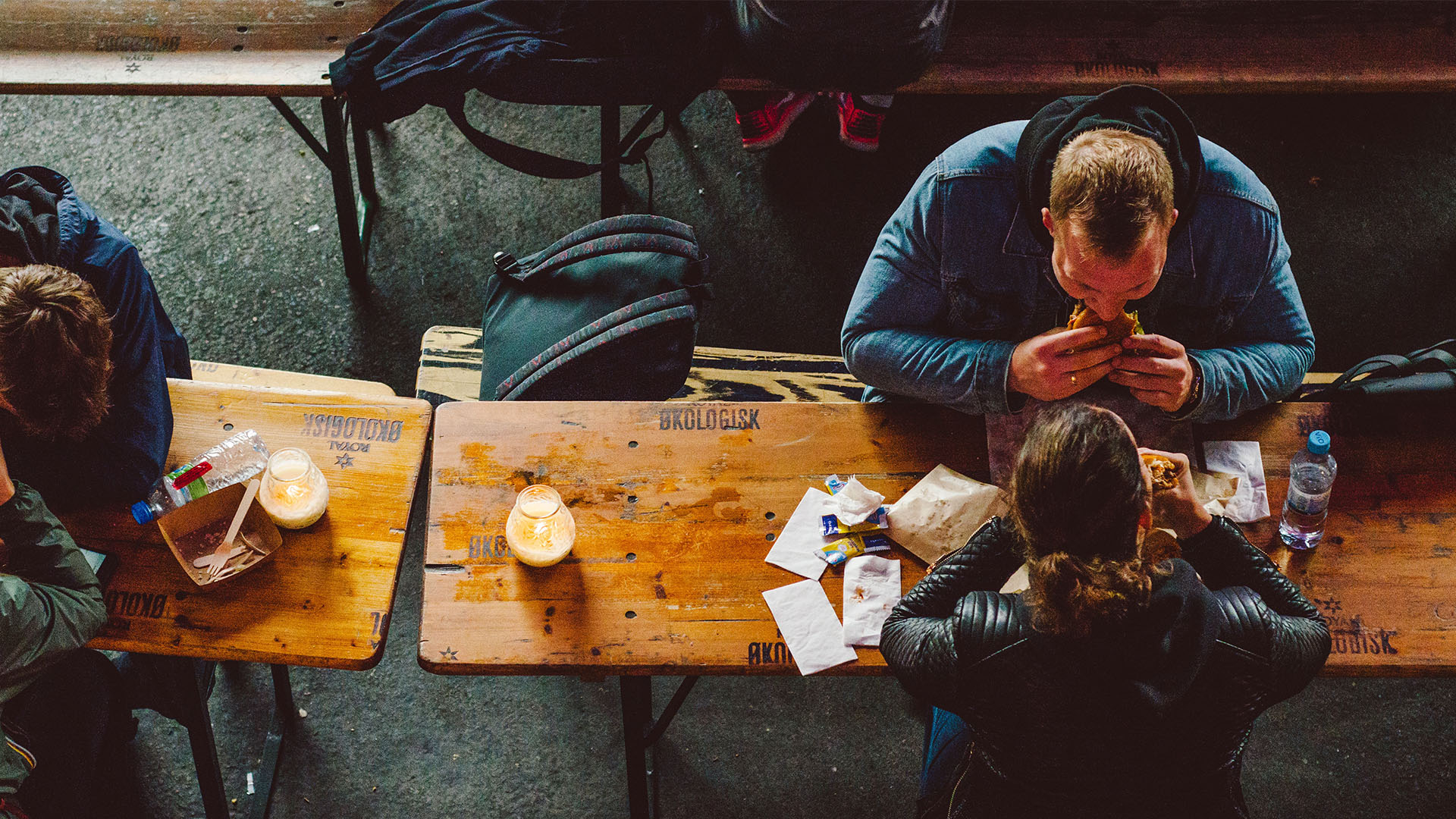 10 dishes you must taste while you are in Mcleodganj

10 dishes you must taste while you are in Mcleodganj 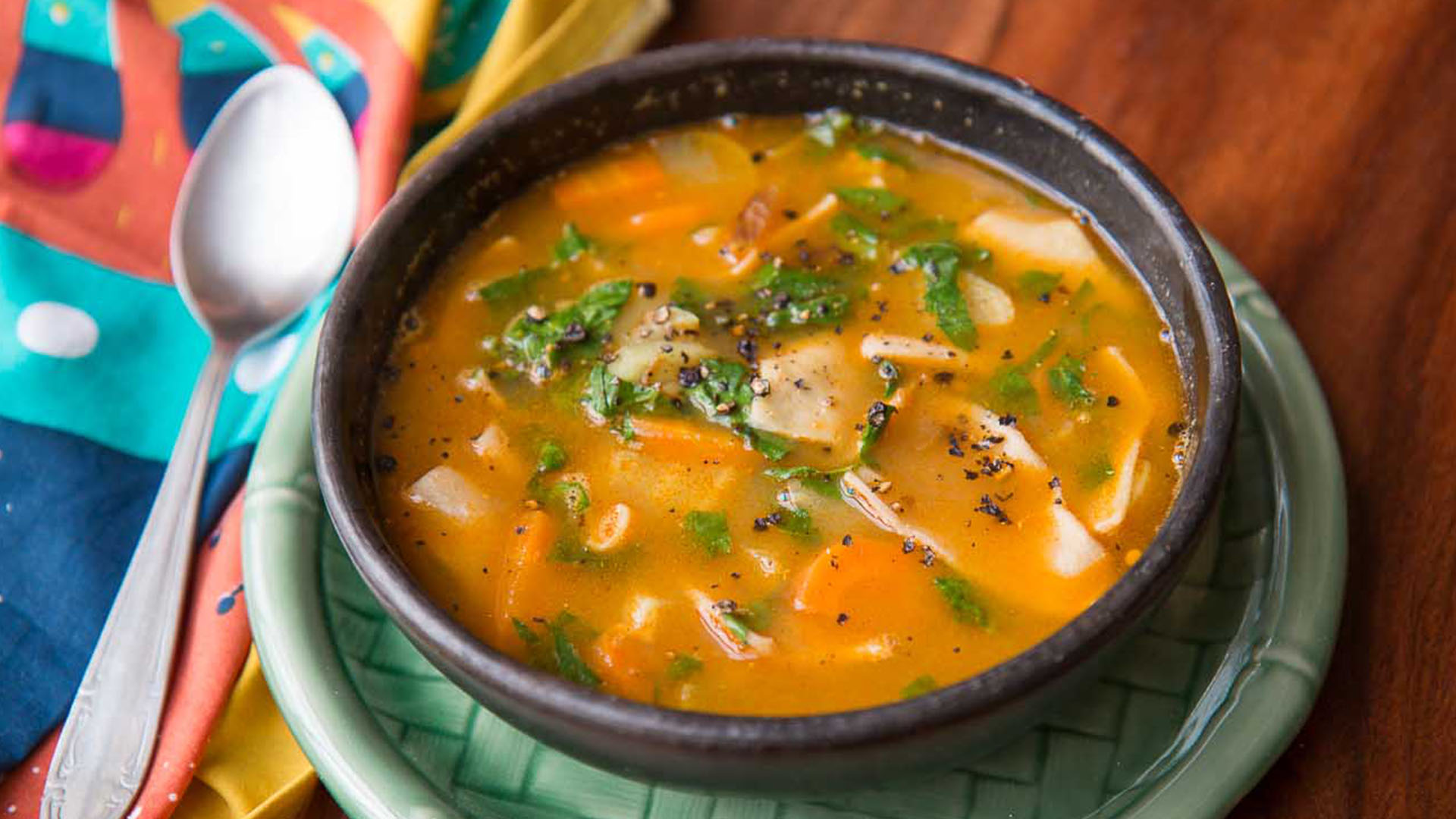 Home to His Holiness the 14th Dalai Lama, Mcleodganj is no stranger to a large number of tourists, monks and nuns. It is also home to a large Tibetan population that organises yoga, meditation and Buddhism. One could even trek in the mountains or head to the Tibetan markets. Spirituality is in the air in Mcleodgang, it isn’t very expensive and promises to be fulfilling in more ways than one. Mcleodganj tours always end with big smiles, but what about your stomach? Tibetan food in Mcleodganj makes sure that’s taken care of as well. Here’s a list of Indo-Italo-Israeli-Tibetan foods that go perfectly with the holy vibe and beautiful scenery: 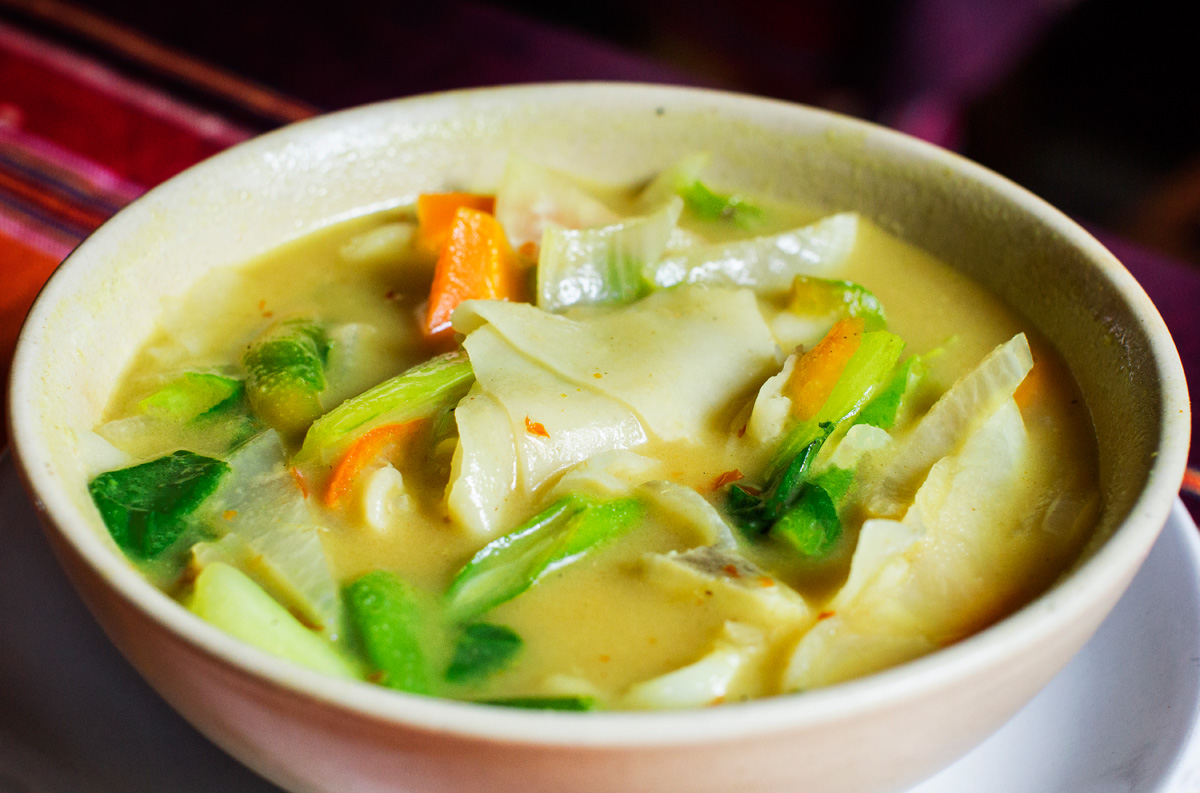 A Tibetan- inspired soup, thenthuck is a mixture of dough, meat and broth. This bowl of comfort is eaten on the chilly days, its warm and filling both. Locals often use Mutton or even Yak meat. Not a meat person? There is no shortage of Vegetarian food in Mcleodganj, most popular dishes have vegetarian alternatives. In Tibetan “then” means pull and “thuk” means noodles, due to how the noodle is made for the soup. However, most tourists find thenthuck pretty spicy, so be aware of that before diving into the bowl. 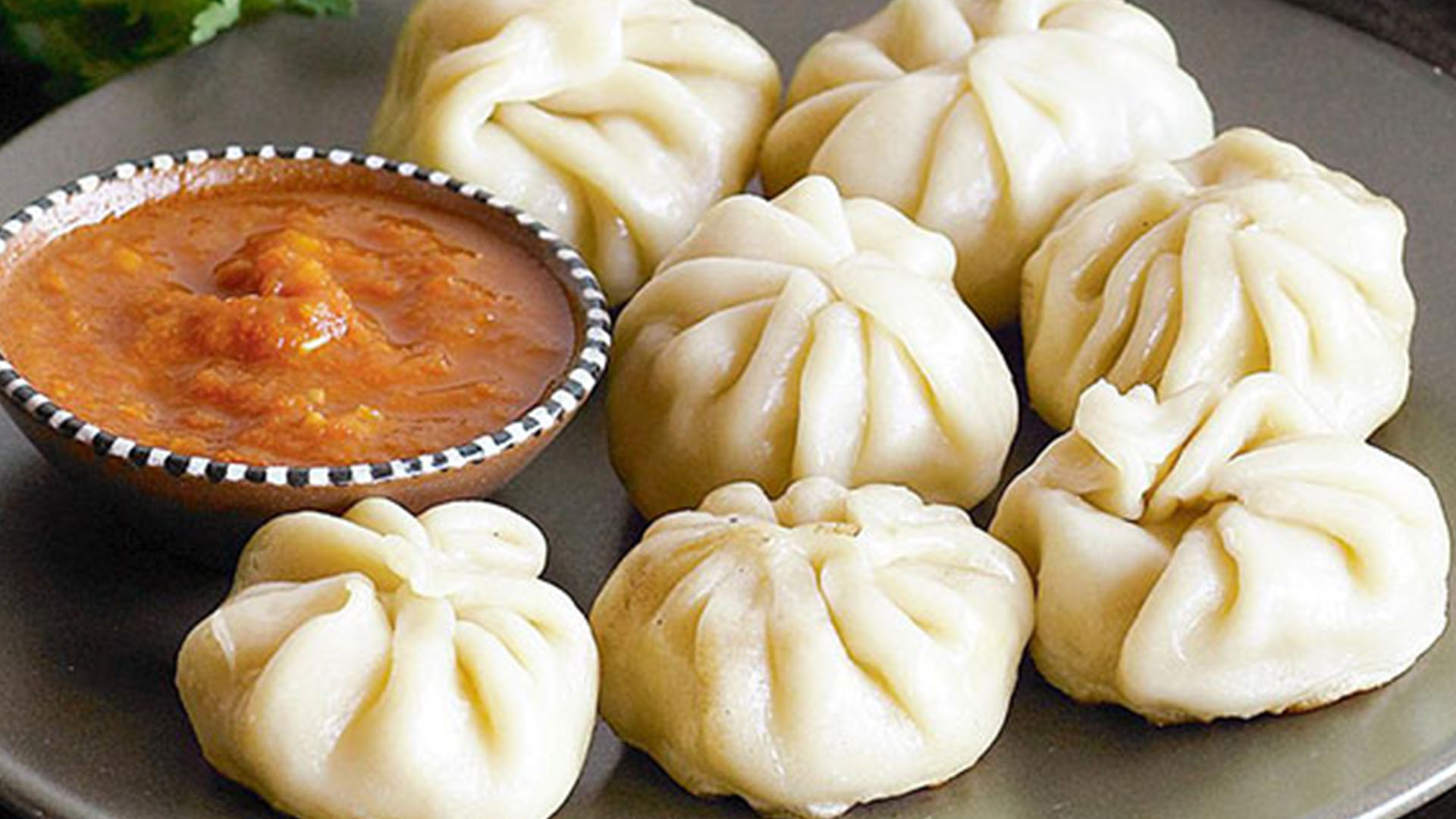 Nepali and Tibetan diaspora in Mcleodganj have a heavy influence on the cuisine of the region. It should come as no surprise that the momo dominates the street food culture. In its most basic form, dough is kneaded, filled with vegetable or meat and then steamed. However, ever region has its own variation. When in doubt of What to eat in Mcleodganj, always pick the momo. The art has been perfected and you’ll rarely find a bad tasting momo. For the non – vegetarians, the options are more varied, such as chicken, pork or mutton. It’s advised to eat the ones available on the streets as these are packed with more local flavour than the ones you’d find at a café. 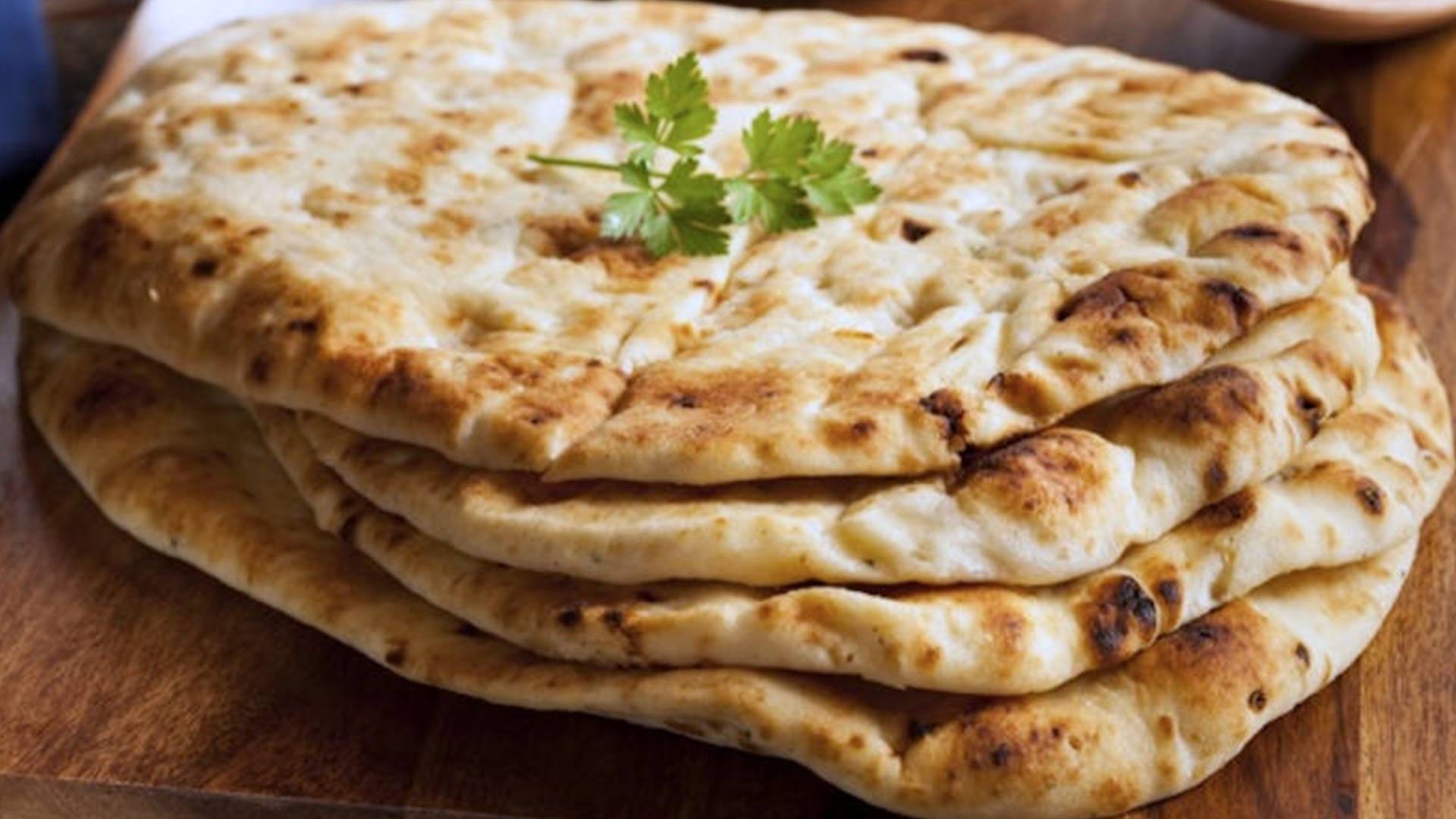 Another one you can add to your list of Tibetan food in Mcleodganj, Balep Korkun is a round and flat bread. It is relatively easy to make and so it very easy to find. Though you won’t find the exact type of Balep Korkun in Mcleodganj, you will defiantly find a local variant, which is even better! It’s like eating a fusion of two cultures. Made out of barley flour and cooked on a pan, Balep Korkun is eaten with practically everything, soups or semi gravy alternatives like chilly pork. 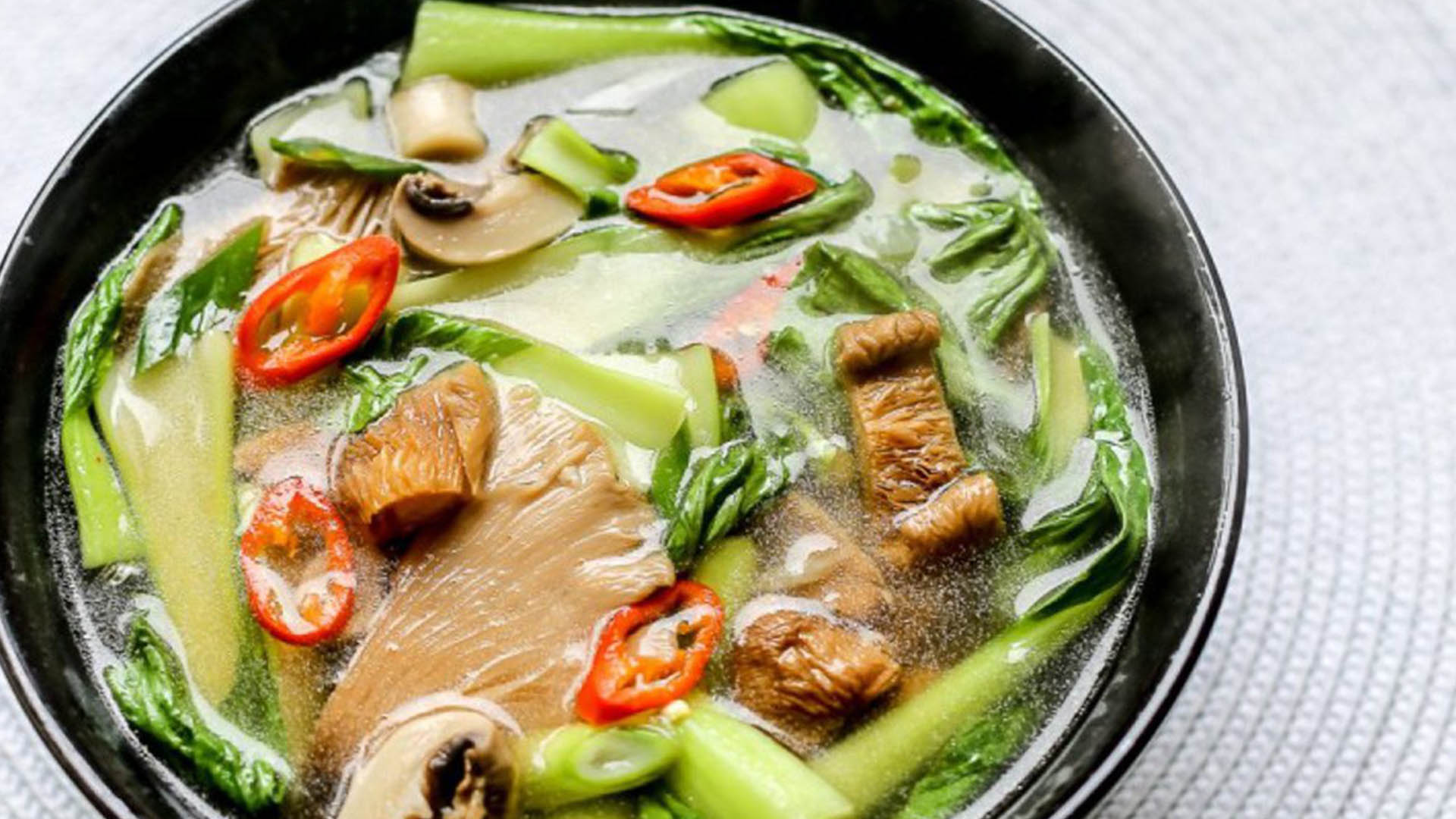 This Chinese lettuce is very popular in Asian cuisine. The leaf and the stem is edible and both have a pepper like taste that reminds some of cabbage. It is often boiled and its broth is used in soups, it is cut up and put in salads as well. The soups have vegetables, ginger and mushrooms – so they become super healthy.  It is also known to have cleansing properties. Bok Choy Soup is found in various forms all over Mcleodganj at small local cafes. 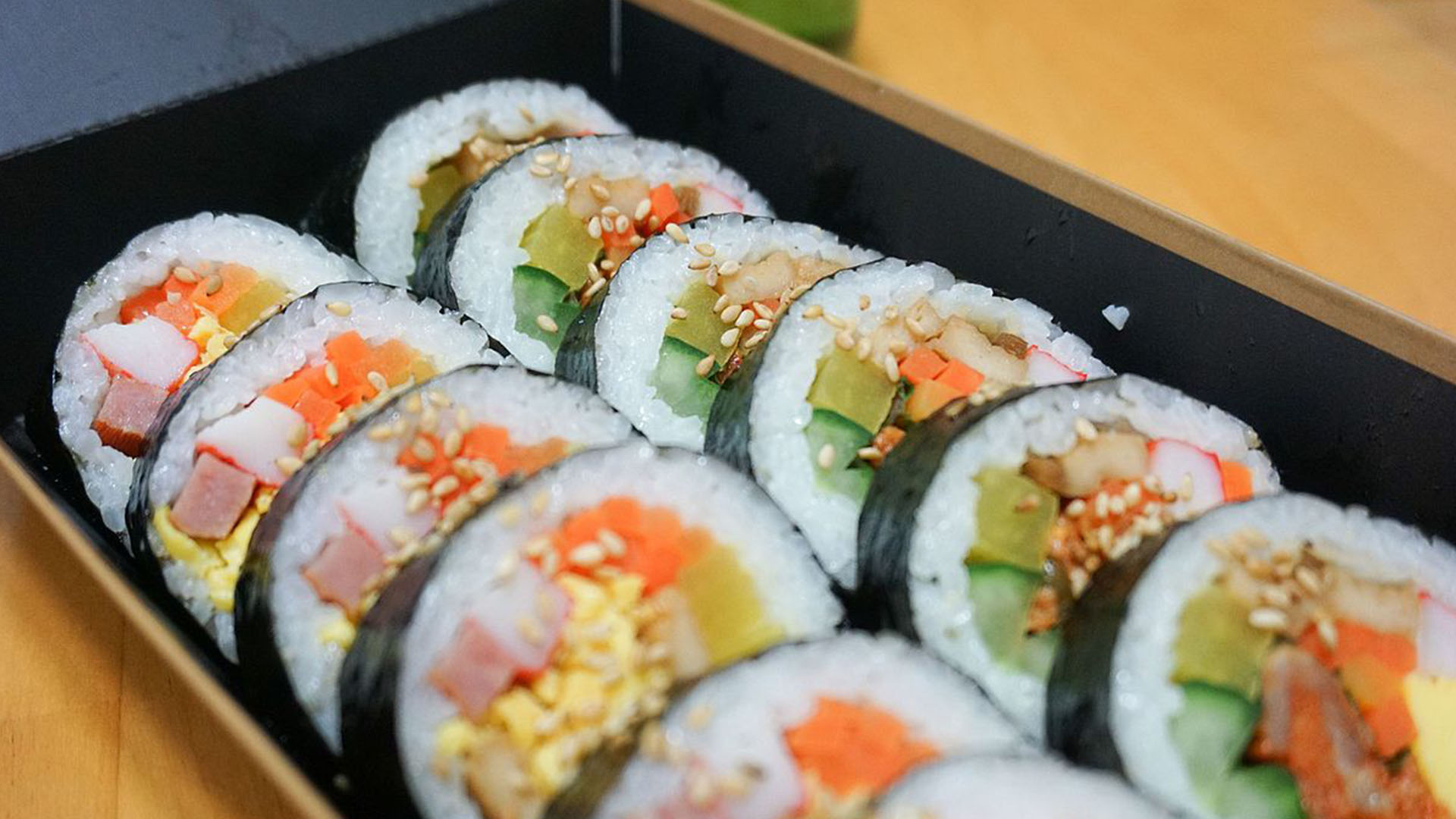 KimBap is a Korean version of Japanese sushi, made in a similar style. They both use steamed white rice and dried seaweed. There is, however a difference, in that the rice in KimBap is not seasoned with vinegar as in Sushi but cut with sesame oil and made sweeter. This delicacy is also much cheaper here than anywhere else. So you get a taste of Korean food as well during your Mcleodganj Holidays. It’s like holiday across Asia in your mouth 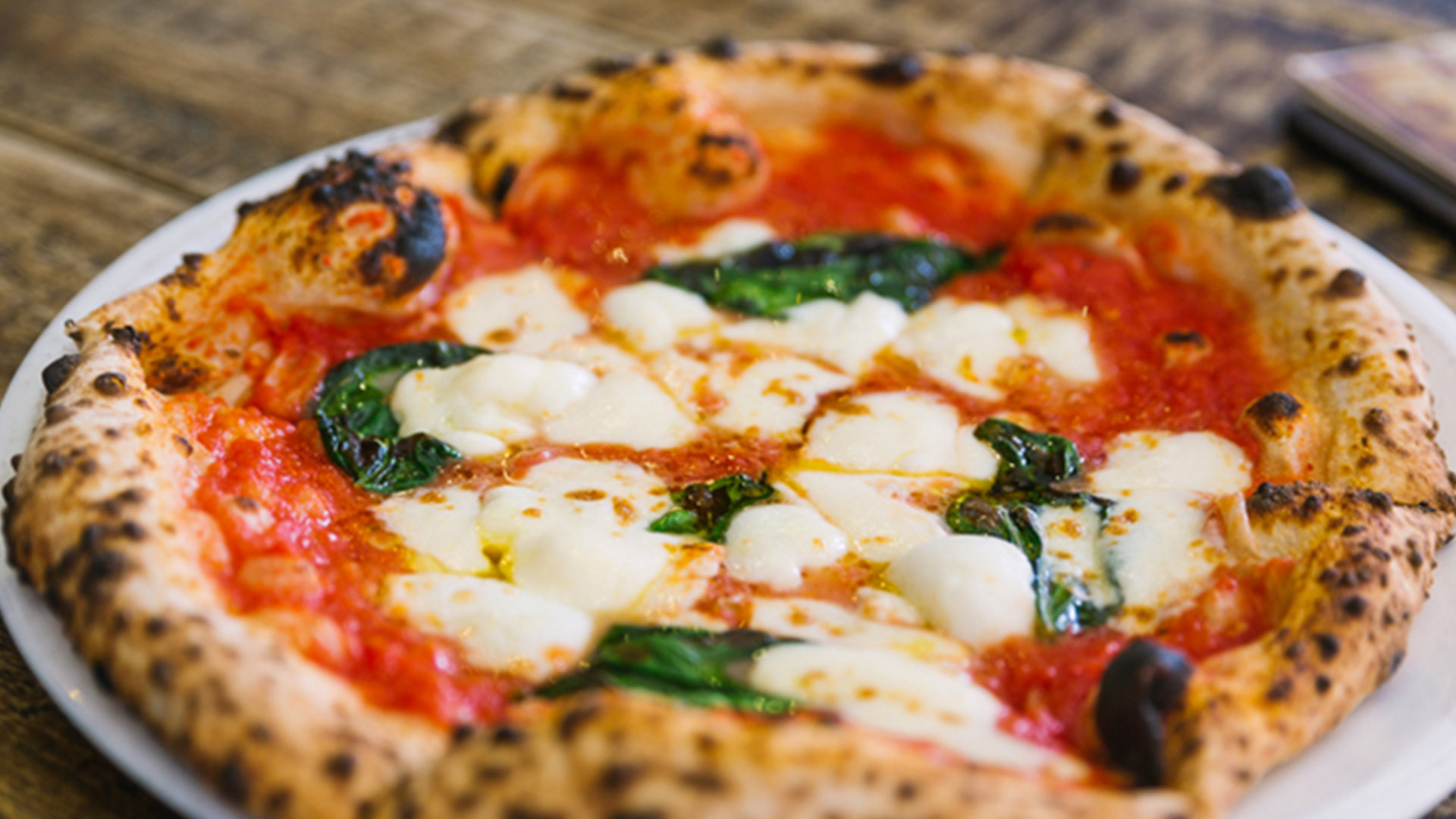 Yes, this is an odd one in the list, however, there is a huge Italian influence on the food of the region. One will find a large number of joints serving up some of the most authentic Italian food available. Mcleodganj has authentic wood-fried pizzas that tourists and locals both enjoy. If you search and explore a little, you are bound to find pizzas that have local flavours infused with the Italian. Think it’s not possible? Go ahead, give it a try. 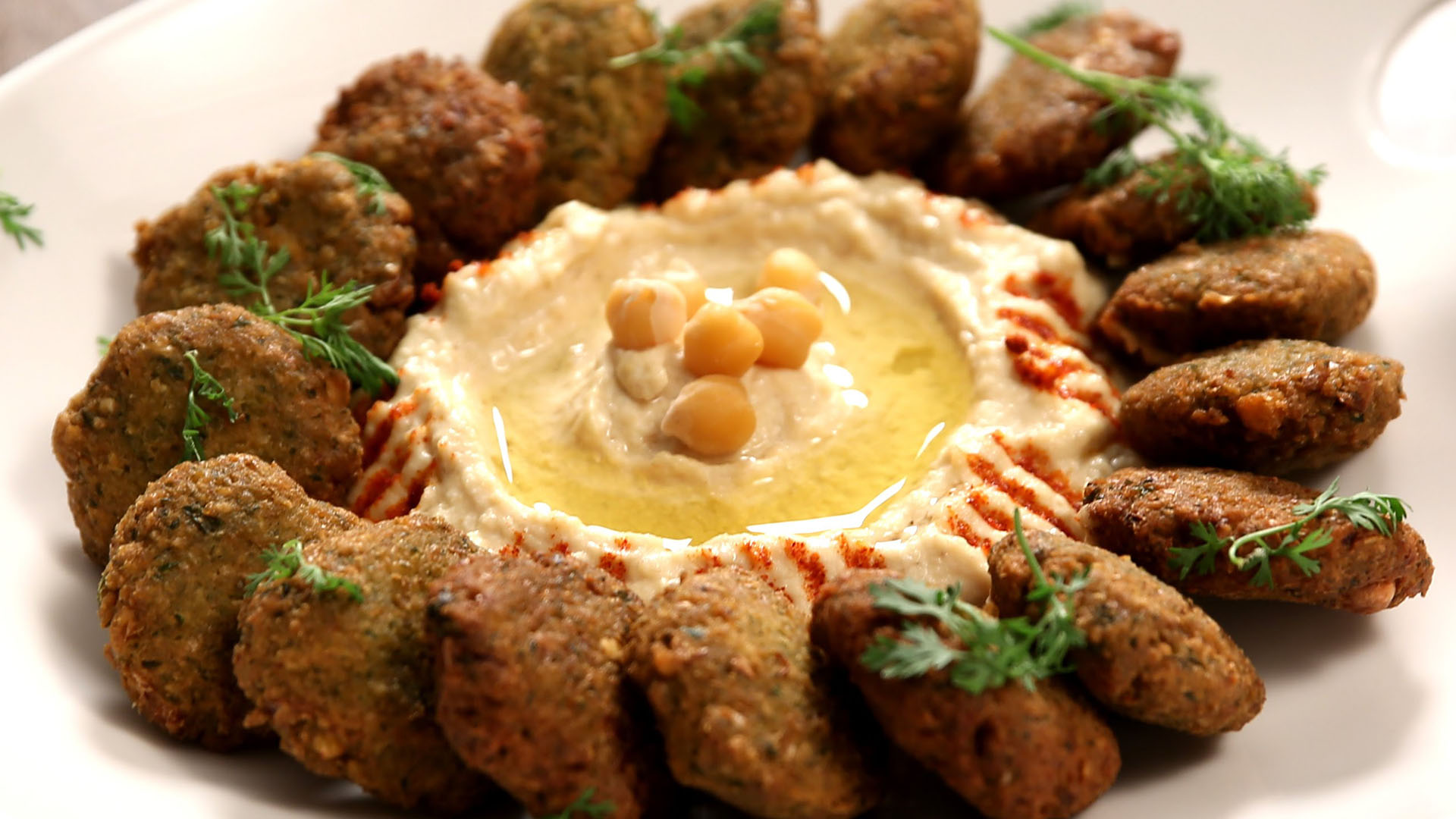 Another continental dish that is very popular among the locals and has been integrated into the local cuisine is the Turkish Falafel. It’s made of chickpeas or fava beans, deep fried and served alongside a bowl of hummus, another Turkish favourite dip – a chutney of mashed chickpeas, tahini, olive oil and lemon juice. It can be eaten as a snack or a meal and isn’t an international flight away.

One can’t visit the north and leave without gulping down at least a bowl or two of thukpa. Popular among the locals, it is a clear noodle soup with meat vegetables and spices. A meal by itself, the warm it brings is just what one needs in the chilly weather of the region. You are bound to find multiple local varieties, so it always fun to experiment. 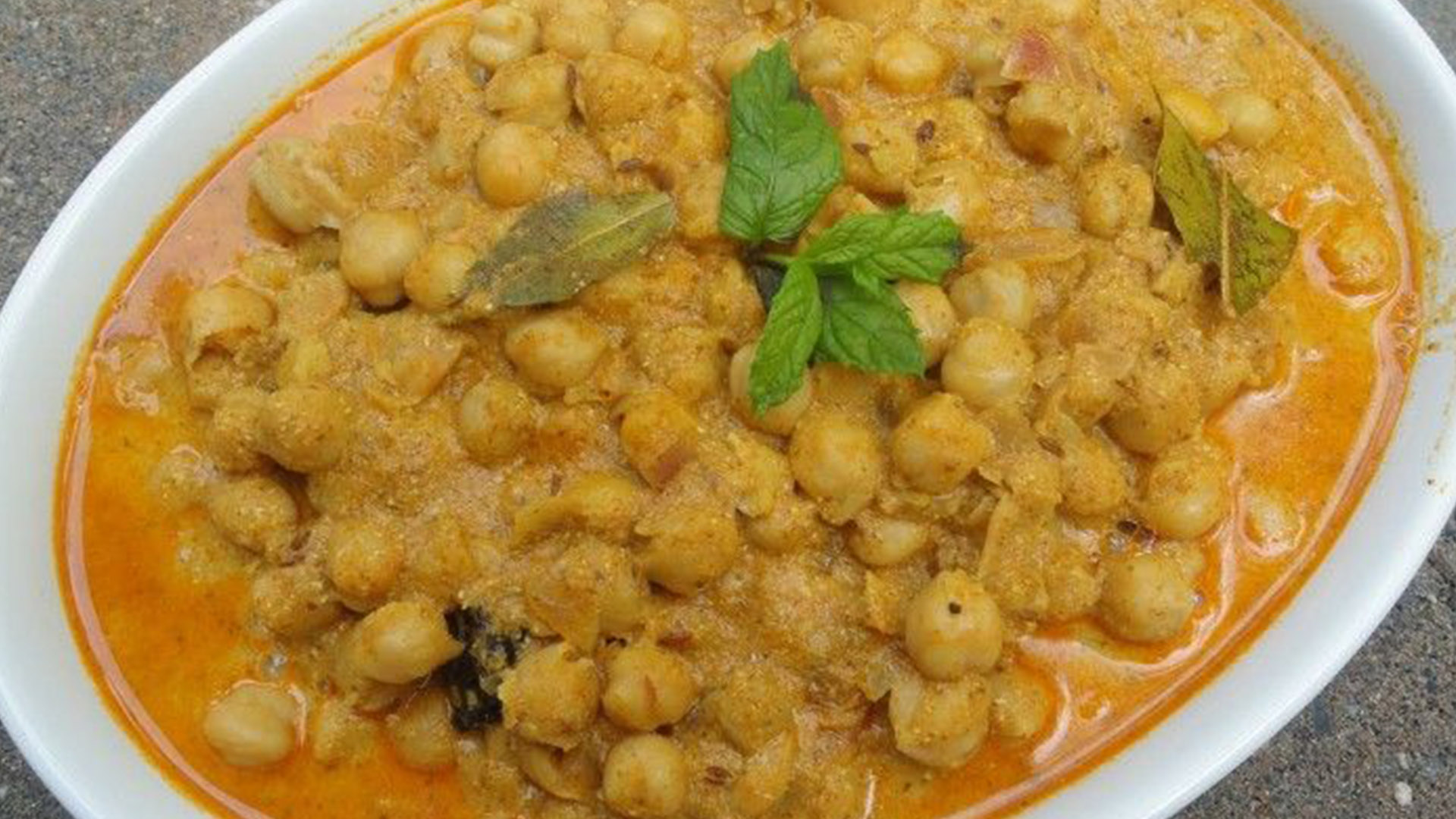 This dish consists of chickpeas cooked in a thick yogurt based gravy and is very popular in Mcleodganj as well as all of Himachal. It is usually eaten in Himachal’s traditional function called Dhaam which is food festival wherein food is served on leaf plates called pattlu. Madra is very popular among locals and is generally eaten with rice. 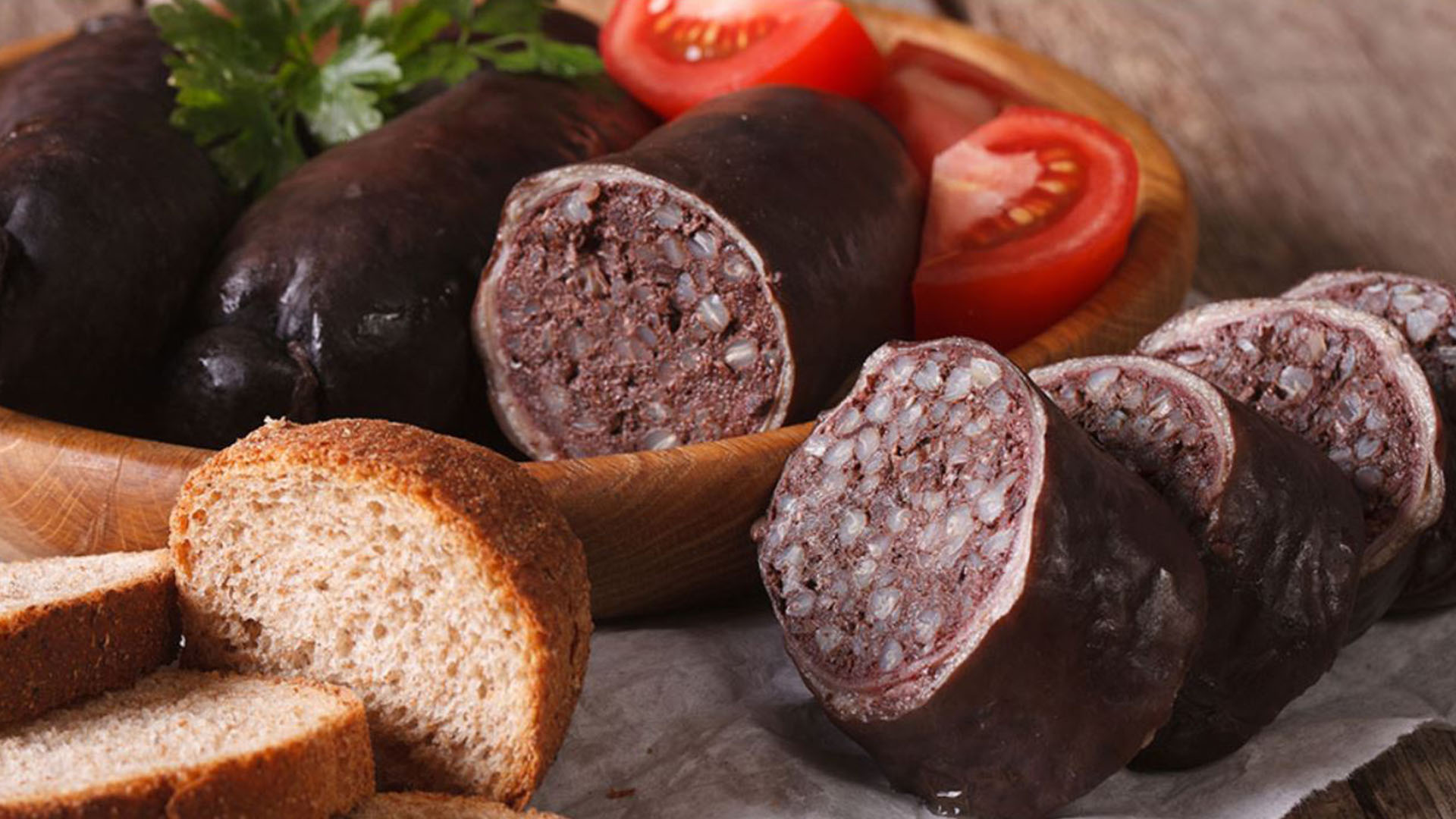 A blood sausage made with yak or sheep’s blood in Tibetan cuisine. Rice or roasted barley flour can be added as filler. The sausage uses natural yak or sheep casing. This dish is not for the faint hearted. These are fried, cooked with onions and served. These might a little tough to find but not impossible.

10 places to eat when you are in Shimla