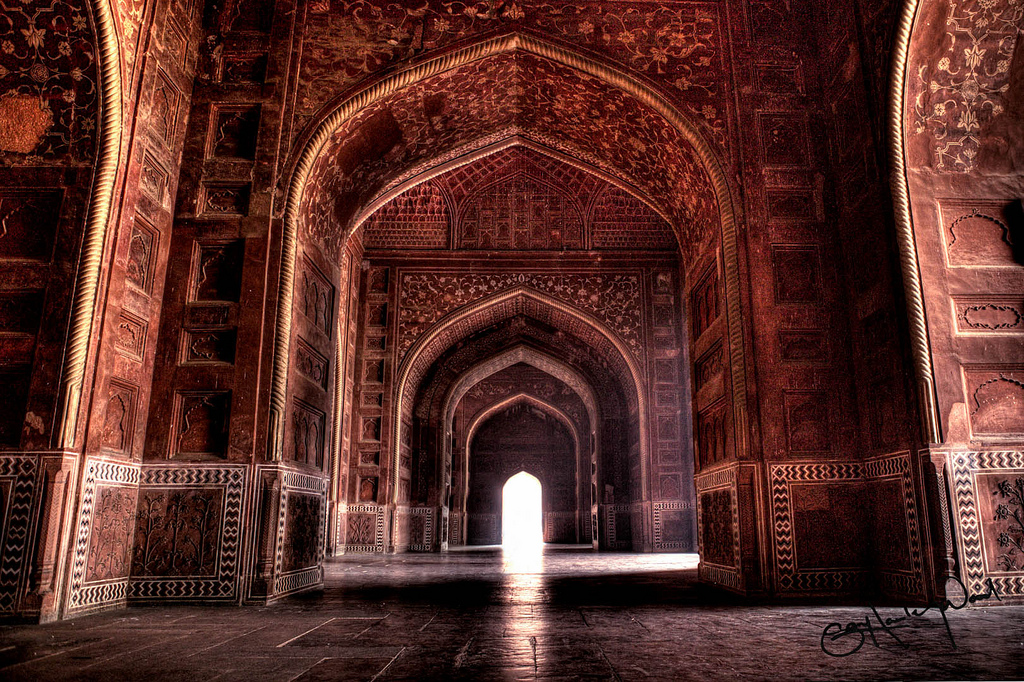 Beyond the Taj Mahal: Things to do in Agra

Beyond the Taj Mahal: Things to do in Agra 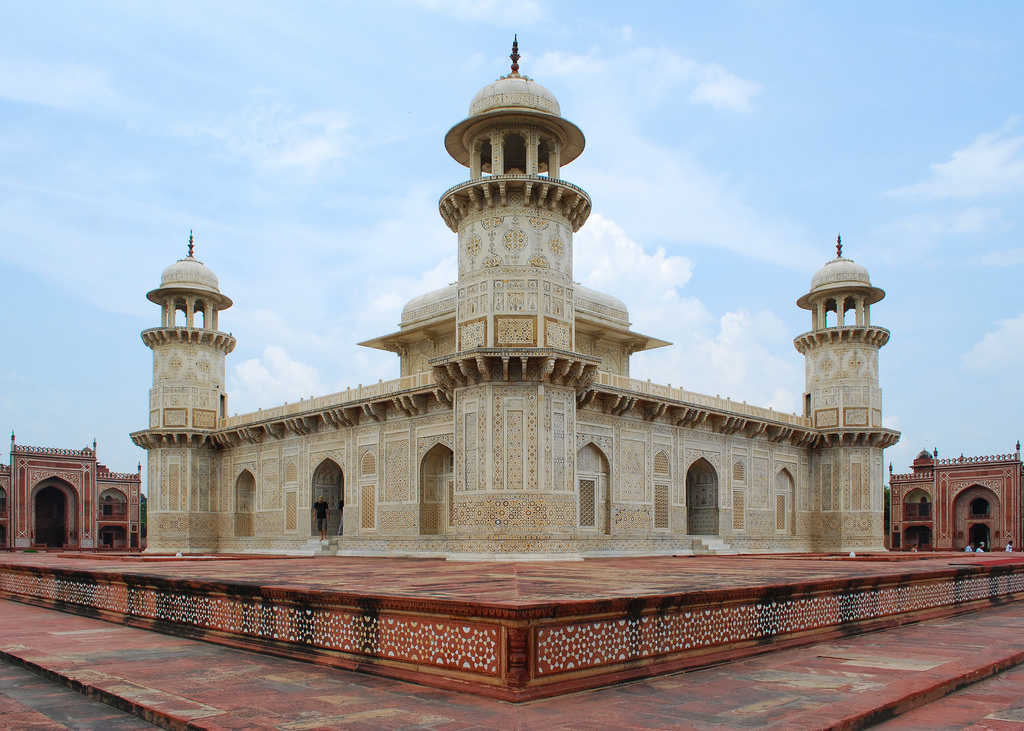 Agra, in northern India’s Uttar Pradesh, is home to the iconic Taj Mahal, a mausoleum built for the Mughal ruler Shah Jahan’s wife, Mumtaz Mahal (who died in childbirth in 1631). The magical allure of the Taj Mahal draws tourists to Agra like moths to a wondrous flame. And despite the hype, it’s every bit as good as you’ve heard. Photos do not capture the beauty of the structure in the same way as a personal visit, and everyone should see the Taj for themselves.

But the Taj is not a stand-alone attraction. The legacy of the Mughal empire has left a magnificent fort and a liberal sprinkling of fascinating tombs and mausoleums around the area. There’s also fun to be had in the bustling chowks, which are the local marketplaces, as well. From visiting the Agra Fort to shopping at Kinari Bazaar and relishing in the famous Mughlai cuisine, there is a lot to see and do here. 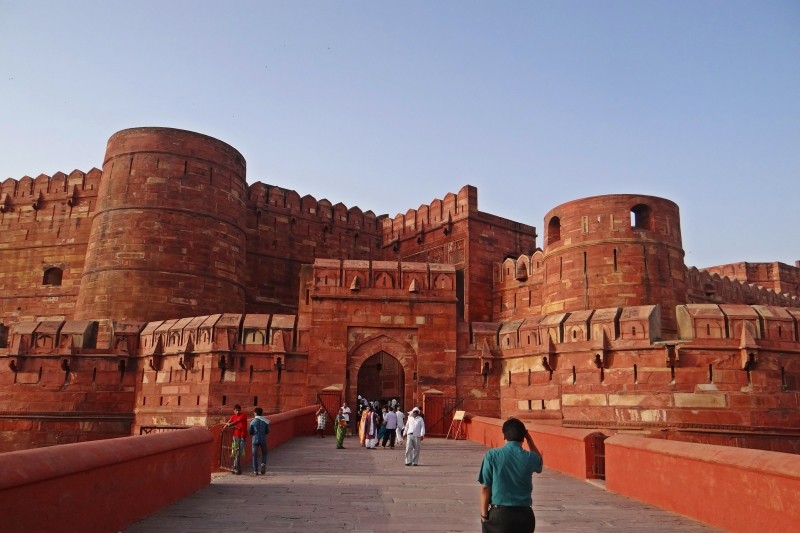 Just northwest of the Taj Mahal, this formidable fortress rests on the west bank of the Yamuna River on the edge of central Agra. About a century older than its more recognized neighbor, Agra Fort boasts impressive red sandstone architectural details throughout and is considered to be one of the best Mughal forts in India. Several rulers made their mark on this site while they lived behind its towering walls, including Shah Jahan, the same emperor who is responsible for the construction of the Taj Mahal. Jahan is also responsible for the white marble features you’ll find within the fort. It was he who also eventually converted the structure into a palace. Travelers could easily spend hours touring and admiring the fort’s many offerings, including mosques, verdant courtyards, and towers, one of which acted as a prison for Jahan until his death. 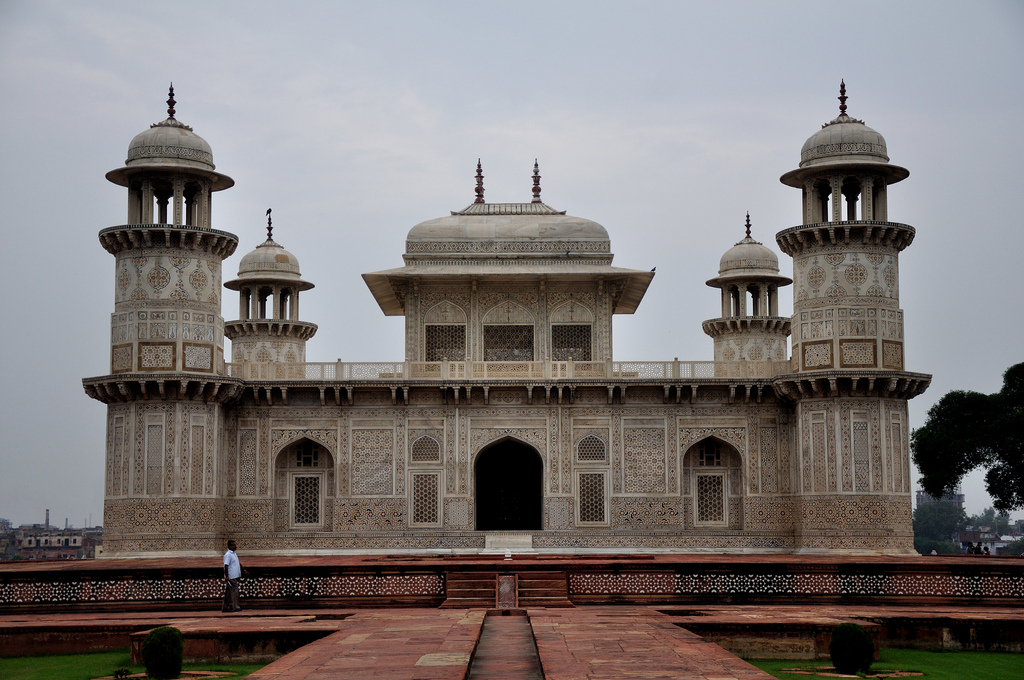 Located on the east bank of the Yamuna River, Itmad-ud-Daulah’s Tomb boasts a pretty and picturesque setting. This tomb is the first mausoleum in India to be constructed entirely of marble. You’ll recognize that the same stone was used for the Taj Mahal; in fact, this monument often goes by the nicknames, “Mini Taj” or “Baby Taj.” Travelers who visit the tomb are in awe of its beautiful architectural details, including delicate inlays, gilded, mosaics, and impeccable symmetry. In comparison to the Taj Mahal, travelers say there are far fewer crowds here, which makes the experience very peaceful. 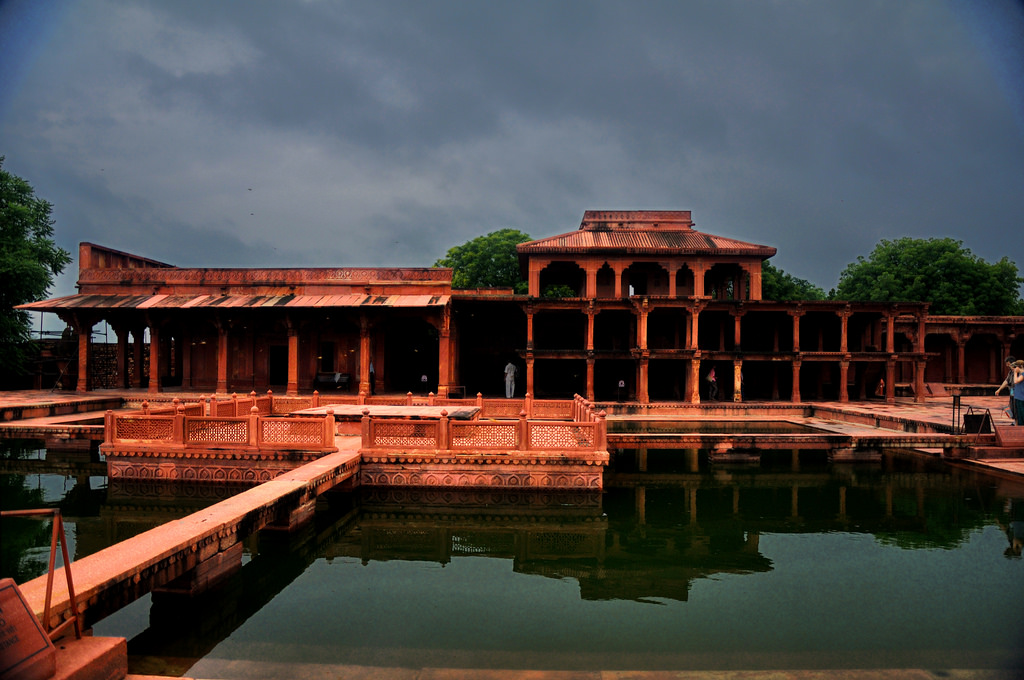 This gorgeous city was built thanks to one man’s blessing. Emperor Akbar, the one also responsible for the Agra Fort, visited the Sikri village to seek guidance from a saint sometime in the 16th century. At the time, there was no heir to his throne, but conveniently after the consultation, Akbar was blessed with the sons he needed to carry on his legacy. To celebrate, Akbar built Fatehpur Sikri, which translates to “City of Victory.” Fatehpur Sikri was intended to be the capital of Agra and the seat of the Mughal dynasty, but due to a lack of water, the city was abandoned just a few years after its construction. Just about 23 miles west of Agra, Fatehpur Sikri lay empty for hundreds of years. Now, the bewitching ghost town sees an influx of annual visitors, thanks to its status as a UNESCO World Heritage Site. With fewer crowds than the Taj Mahal or Agra Fort, Fatehpur Sikri is a favorite among travelers for its ornate and detailed Mughal architecture. 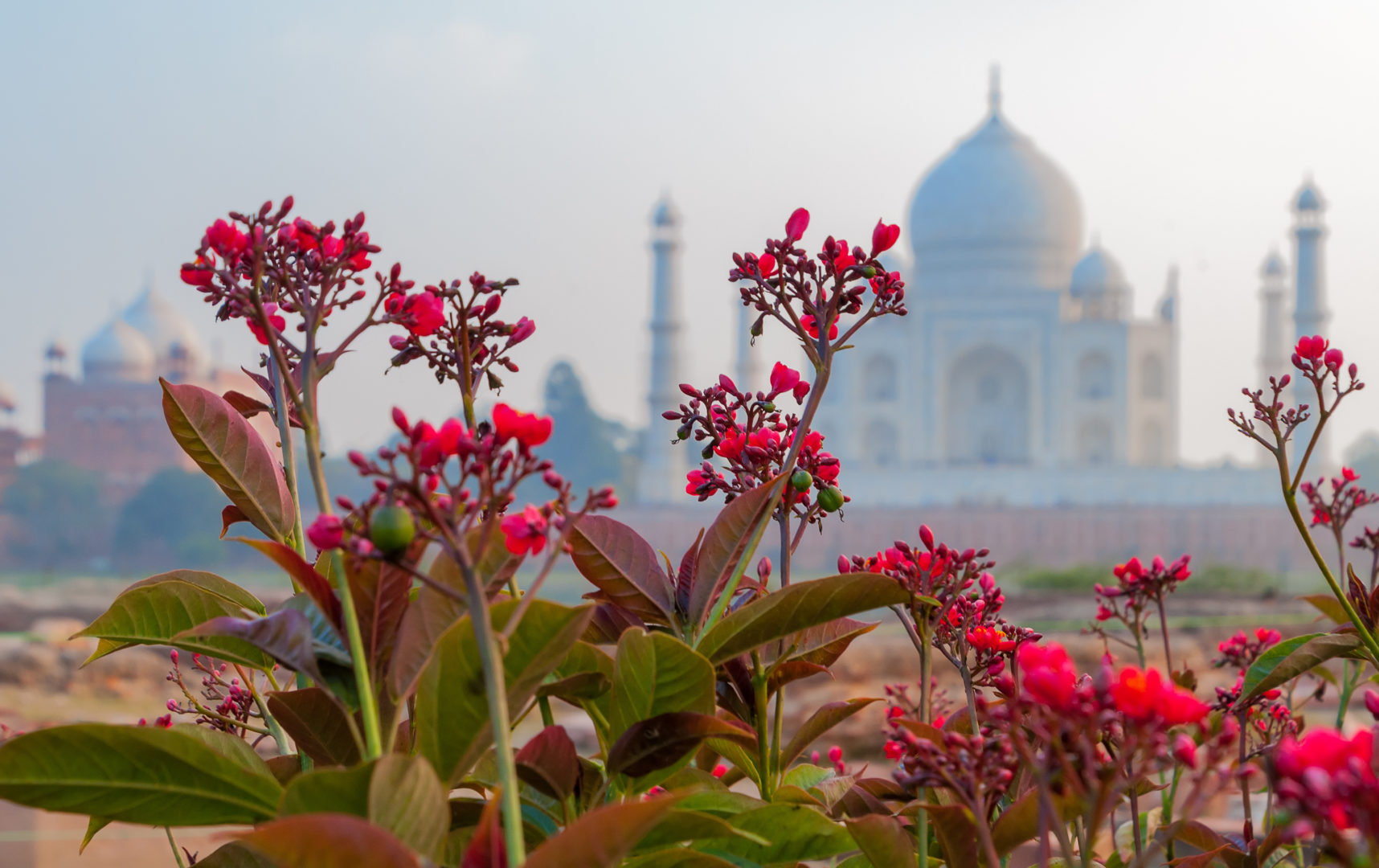 Mehtab Bagh is situated opposite of the Taj Mahal on the northern side of the Yamuna River. These gardens are the last of Emperor Babur’s 11 gardens that once lined the river. Babur is the founder of the Mughal dynasty, which includes the likes of Shah Jahan (responsible for the Taj Mahal) and Emperor Akbar (responsible for the Agra Fort). The gardens are modest in comparison to other royal gardens, but Mehtab Bagh’s purpose today is a practical one. After the empire fell, the gardens were neglected and eventually became unrecognizable. Winds would pick up sand that was left in the plot and travel to the Taj Mahal, causing officials to worry about erosion. The garden was rehabilitated specifically to protect the Taj Mahal from these natural occurrences. And, the stunning views of the Taj make the gardens a great place for photo ops. Some say the best time to visit is at sunset when the sky lights up with the Taj in the background. 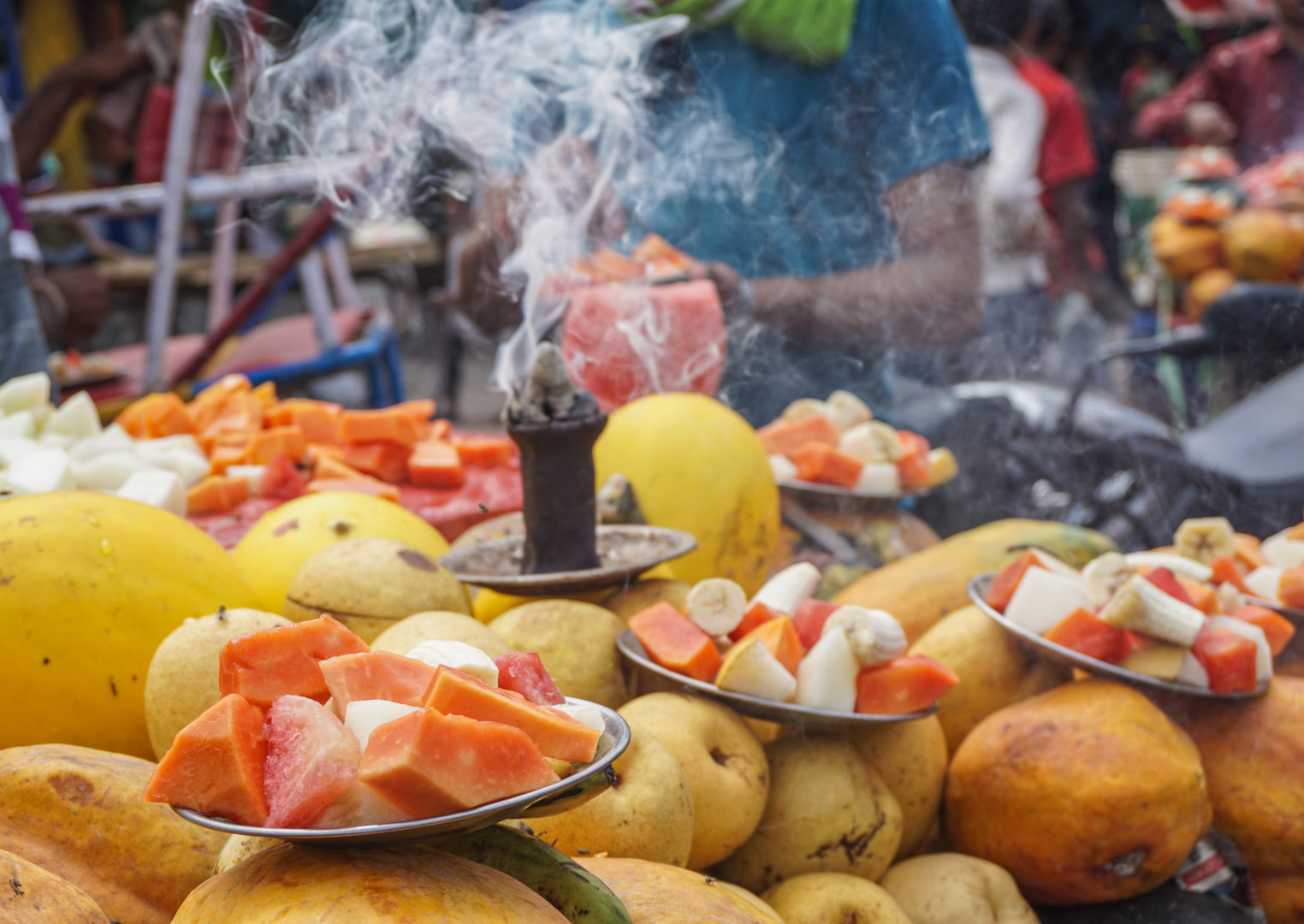 If you are a shopaholic, one of the most interesting things to do in Agra would be shopping at Kinari Bazaar. It is a wholesale retail market which offers everything you require for daily use or for special occasions such as weddings. Be it a Hindu wedding or a Christian wedding, you can find everything you need here from lehengas, dupattas, and salwar kameez, to kurtas, sherwanis, and turbans. The bazaar specializes in traditional wedding dresses and also has a great variety of borders and embellishments. It also has a huge collection of garments for festivals and other special occasions. During Sankranti in August, you can shop from a huge collection of kites. Costumes, items, and props for performing Ramleela can also be easily bought at the bazaar. 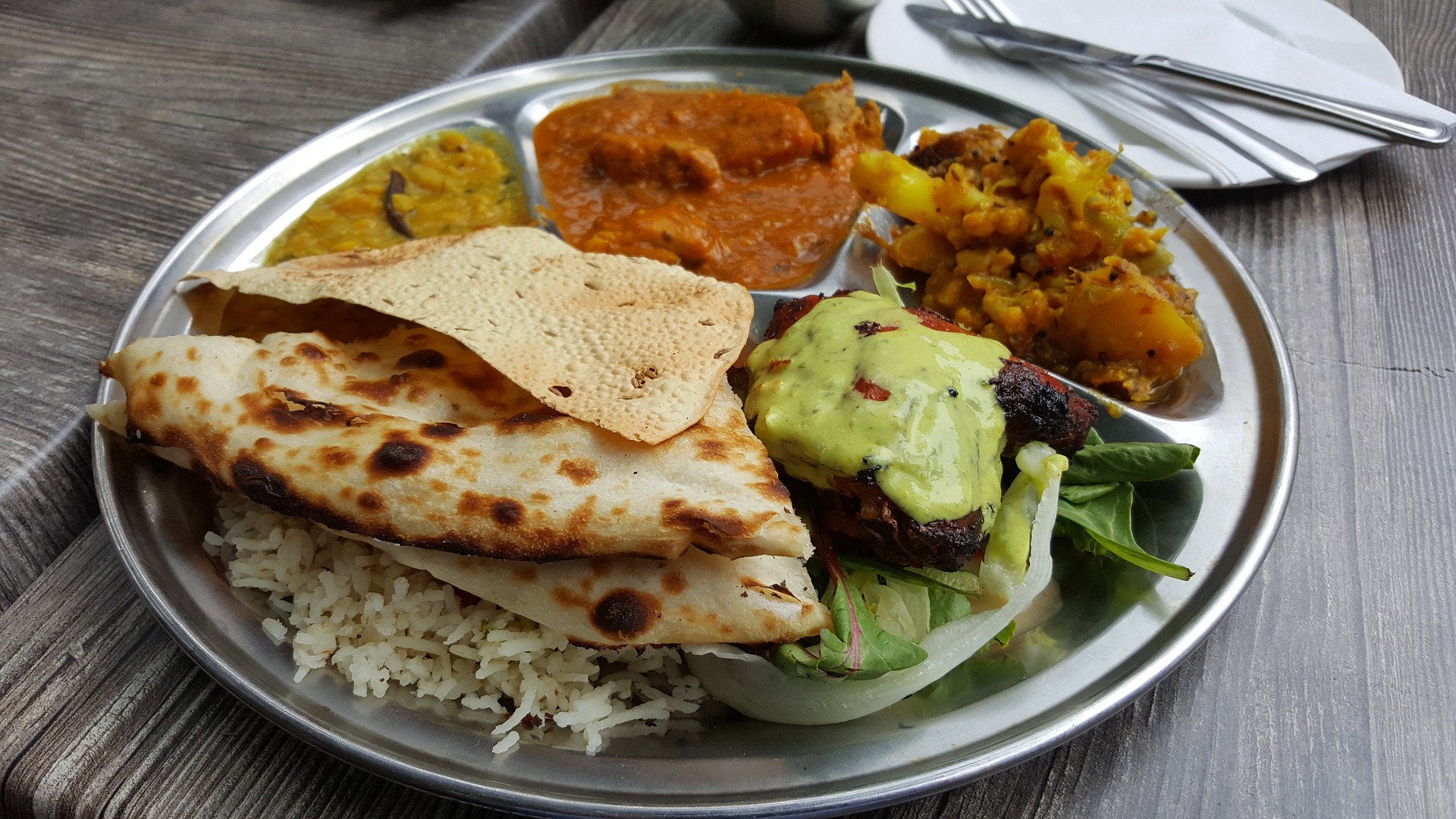 One of the most enjoyable things to do in Agra is to feast on the mouth-watering Mughlai cuisine.  From delicious chicken tikka to crunchy kebabs, the city has a lot to offer when it comes to delicious food choices. 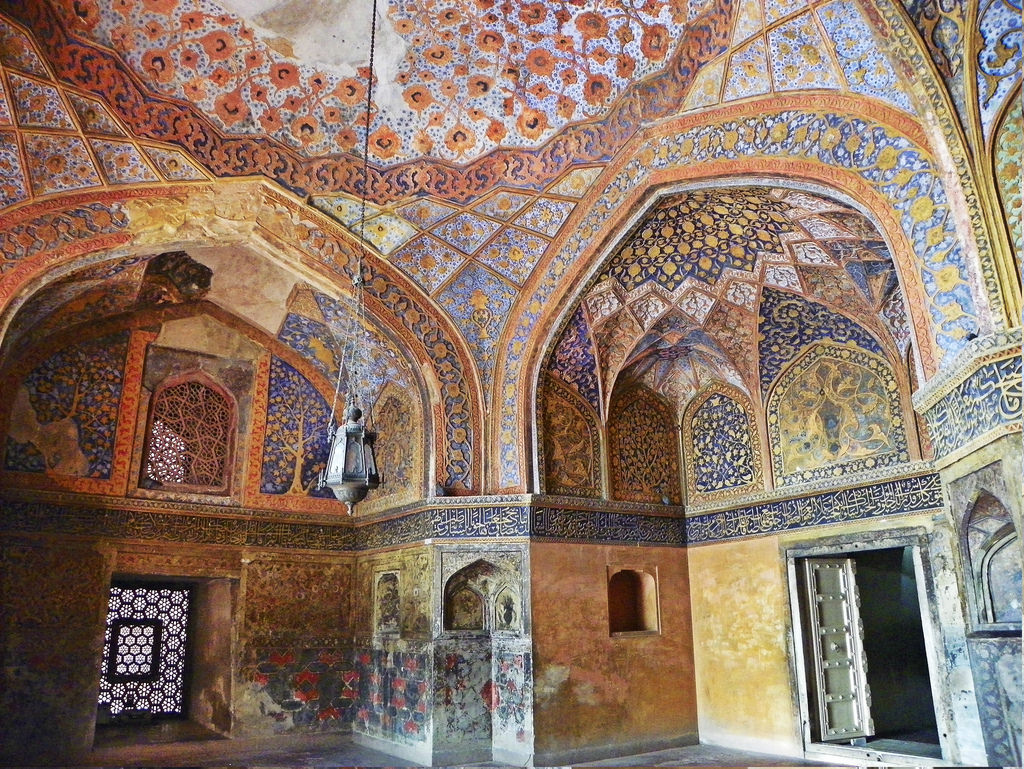 Visiting the tomb of Akbar in nearby Sikandra is one of the things to do in Agra. The tomb is one of the most notable masterpieces of the Mughal era. Built-in 1605 to 1616, this tomb sprawls over 119 acres. The construction of the tomb was commissioned by Emperor Akbar himself around 1600. The tomb is noted for its remarkable architectural style. The South gate of the structure is the largest and has four marble chhatri topped minarets, similar to those of the Taj Mahal. It is surrounded by walls on four sides and the building is a four-tiered pyramid. This pyramid is surmounted by a marble pavilion that contains the false tomb. The actual tomb is located in the basement. The mausoleum is constructed out of red sandstone and its features are enhanced by the white marble. The inlaid panels of these materials and black slate adorn the tomb of the great emperor as well as the main gatehouse. The designs used for the panels are geometric, floral, and calligraphic. 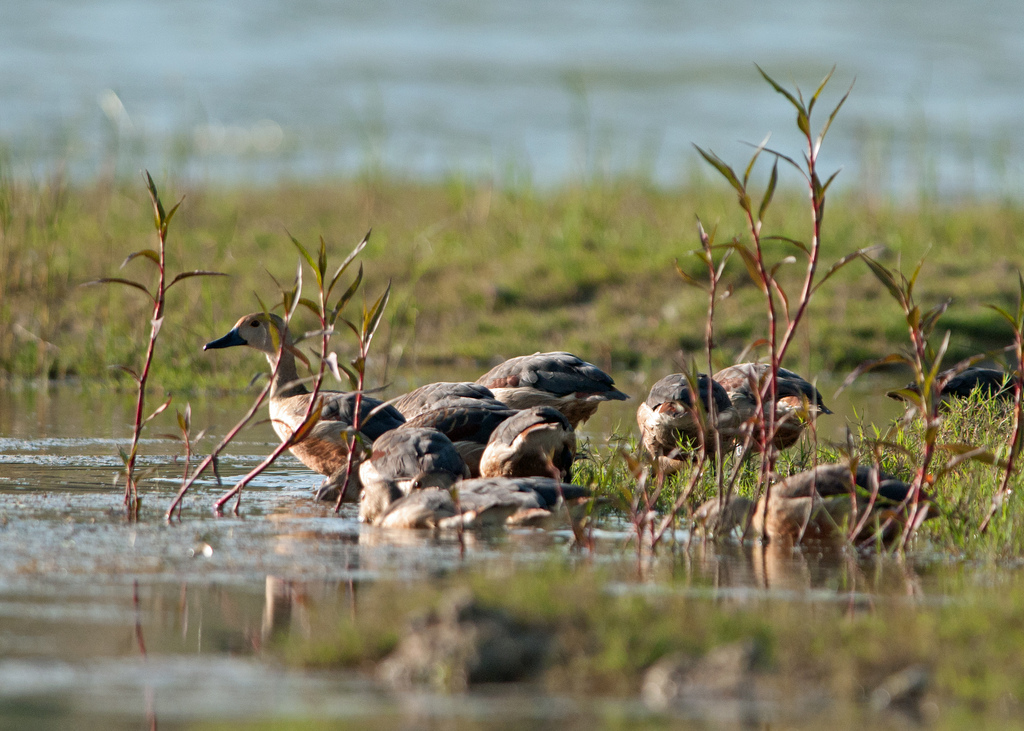 Situated at a distance of about 77 kilometers from Agra is the River Chambal. The National Chambal Safari is a protected zone that boasts of 242 species of resident and migratory bird species, muggers, gharials, eight species of turtles, and Gangetic dolphins. You can take jeep rides or camel rides to enjoy the beauty of the region. For a closer experience, you can cruise down the river or walk through the lush green fields or simply laze under the sun. The National Chambal Safari offers a great opportunity for bird watching and you can learn more about the different species of birds in the region during bird watching trips. This trip offers a relaxing and refreshing experience. 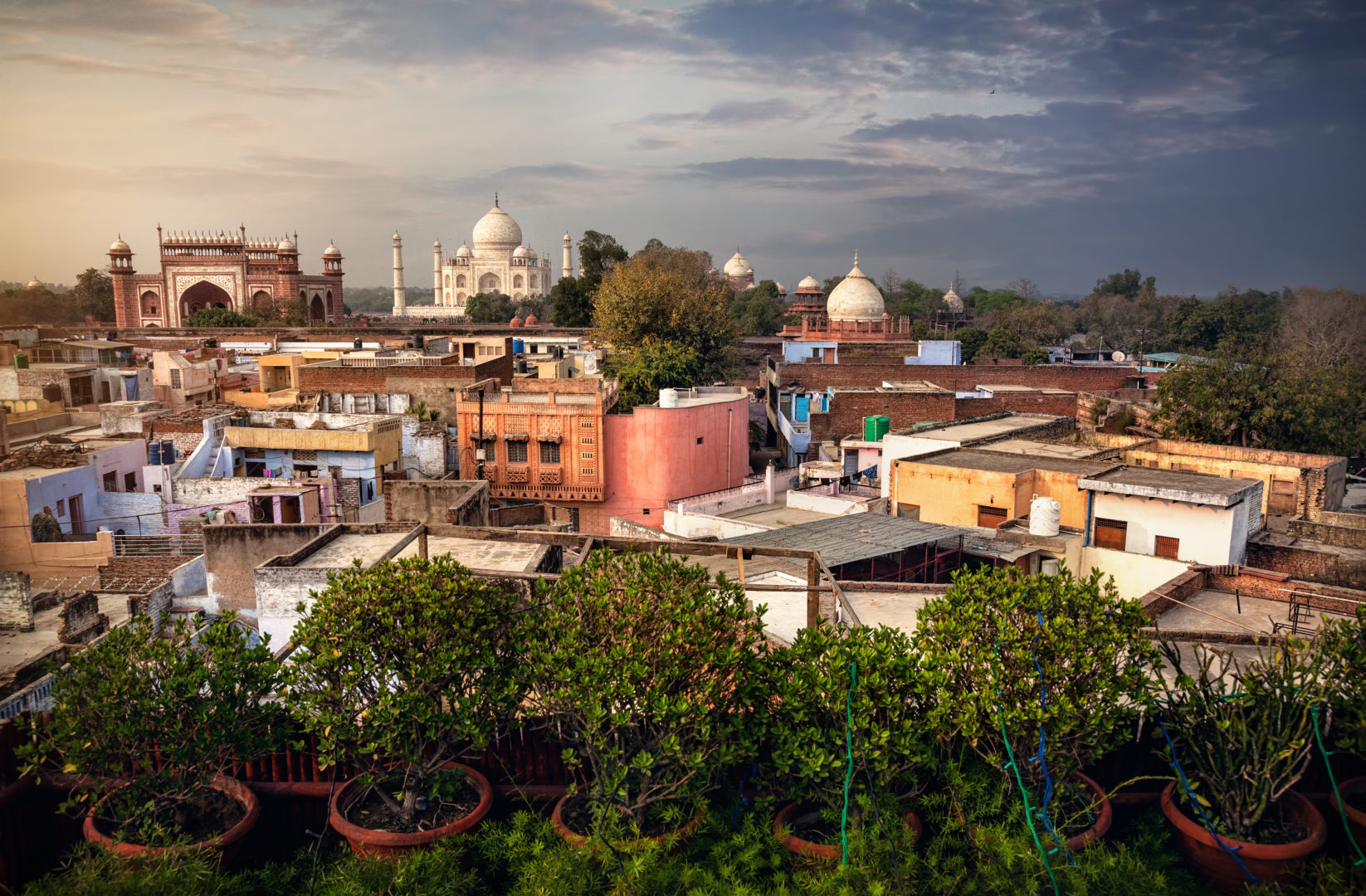 With so many sights and activities in Agra, there’s no reason why you can’t stay for awhile in this dynamic and beautiful city. Many travelers breeze through in a hurry, stopping only to see the Taj, and they are truly missing out! Instead, you can find an affordable hostel or hotel in Agra and stay for several days to enjoy everything that Agra has to offer. Also, with the travel prices in Agra being as low as they are, you’ll save money, too.

Bryan Tighe is and avid traveler and photographer and has visited more than 50 countries. He is he co-founder of Budget Your Trip, and is always trying to find out how much stuff costs around the world. Always looking for the next adventure, he is happiest when entrenched in a local culture with great food.